Greater than the sum of their awe-inspiring parts, the Justice League handles threats too massive for any single hero. Made up of the World’s Greatest Super Heroes, their membership inflates and contracts around each new threat, but the core line-up is known as the Big Seven: Superman, the most powerful hero in the world; Batman, the apex of physical and mental human achievement; Wonder Woman, the Amazon’s princess and greatest warrior; Green Lantern, an intergalactic cop armed with his own power ring; the super-fast Flash; Aquaman, King of the Seven Seas; and Cyborg, a half-man/half-robot outfitted with the world’s most advanced technology.

Below I have collected Reviews and Articles on all things Justice League. Make sure you check them out and let me know your thoughts on the JLA! 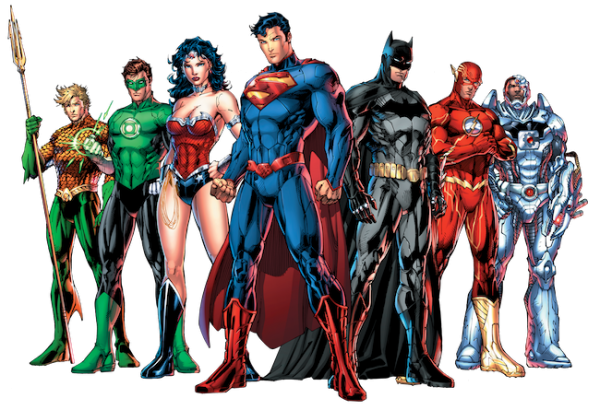 ﻿ With the release of Batman Unburied on Spotify I was asked to look back over DC’s long and rich history and discuss one of my favourite scenes involving their rich plethora of characters....
﻿ Zack Snyder’s Justice League is a film that fans had to wait a long time for. After suffering through two hours of one of the biggest downgrades since Mass Effect Andromeda, the Snyder...
﻿ Zack Snyder’s Justice League is finally getting released. One of the most intriguing things about the director’s vision is his Knightmare timeline which showcases the earth decimated by Darkseid and an Evil Superman....
﻿   It’s long been thought that the original and intended vision of Zack Snyder’s Justice League would never see the light of day but yesterday die-hard DC fans everywhere got some incredible news....
﻿ As always it’s been a big week for DC News and throughout this post, we’re gonna be breaking down the new look at the Snyder Cut’s Steppenwolf, debunking the Batman Mountain Dew ad,...
What an amazing day it is for DC fans as Zack Snyder hosted a Man Of Steel watch-along party where he announced that his long-awaited Snyder cut would be making its way to HBO Max...
﻿   It’s time to throw your copy of Justice League in the bin, get your fake moustaches out and tell me, do you read…you will..because we’re going through a big article from Heroic...
Dceased is currently getting a lot of critical acclaim in the comic book community. The Marvel-Zombies-esque work is picking up a tonne of attention for its fresh (or rotten) take on the heroes of...

The Death Of Superman Review

Justice League: Power Of The Gods

INJUSTICE GODS AMONG US