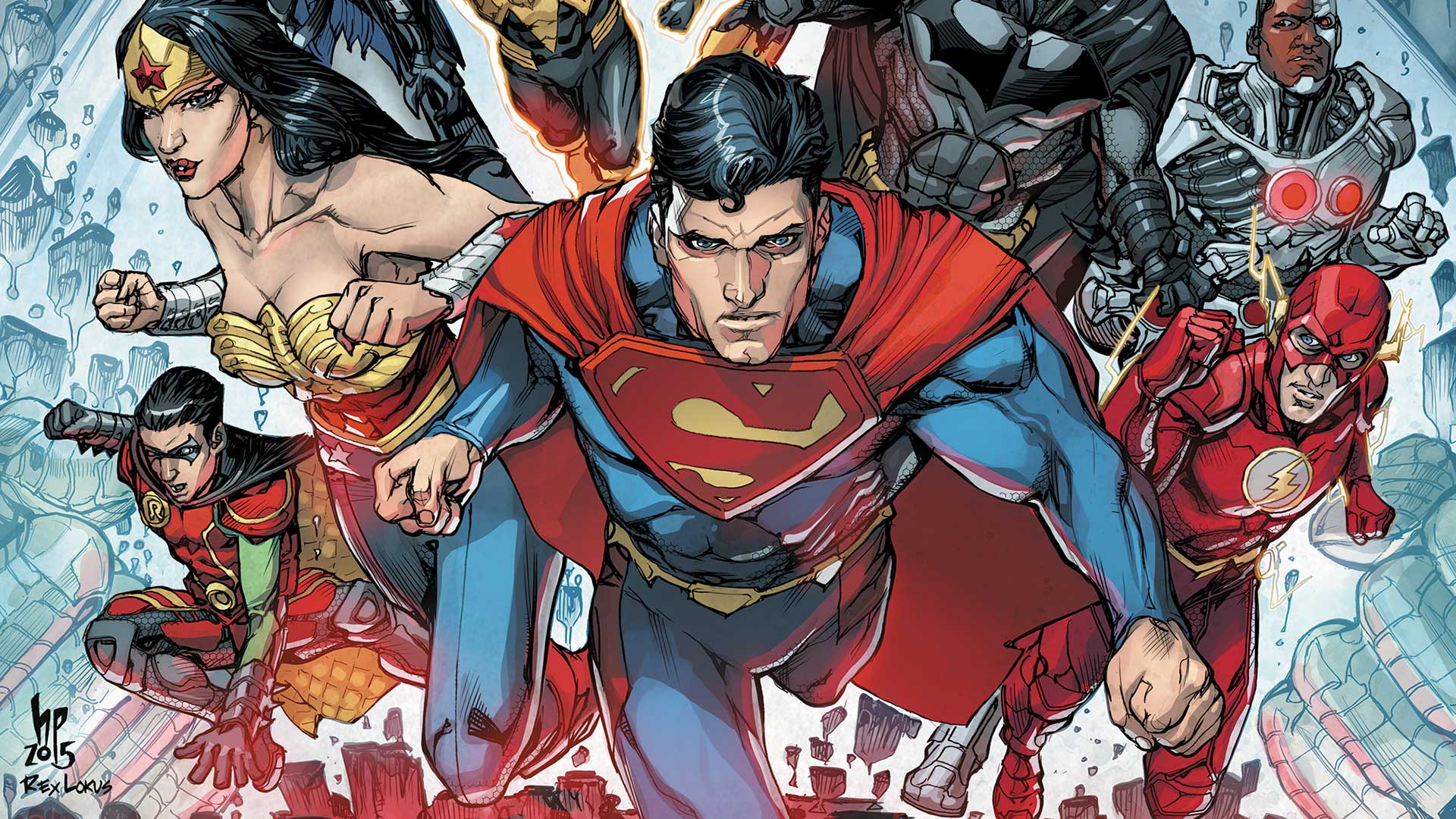 I guess all good things must come to an end.

After giving the Injustice series 9s and 10s across the board, Year Three was like a train wreck.

The change of writer has massively derailed the work and the previous volume felt like a massive step down in terms of quality.

However, this is a universe with some amazing potential and everyone has a bad day. Therefore I’m willing to brush my prejudices aside and take Year Four as a fresh start.

For everyone else let’s dive into Injustice Gods Among Us: Year 4!

Face Me Or Robin Dies

Initially, the book appears like it’s taking a step in the right direction with the opening chapter focusing on everyone’s psyche since the fall out of the Justice League.

Batman is completely disheveled, Superman’s forces are beginning to question his leadership and the Insurgents decide to make a deal with the God Of War in the hopes of ending the conflict.

However, the book takes a steep dive into the absurd when it has Renee Montoya of all people decide to take down Superman herself. High on Superhuman pills she faces down against the Man Of Steel and this draws out Bruce and his forces.

This would be fine, however, after Montoya dies, Superman does not attempt to arrest Bruce even though he’s been searching for his whereabouts for years now. It’s head-scratching leaps in logic that really paint the characters as contradictory and therefore hard to relate to.

Superman will happily murder countless people but when it comes down to Batman he refuses to even handcuff him. It’s baffling that the writer creates scenarios like this when there are several other ways to approach it that would not leave a bad taste in your mouth and early on the story really failed to grab my attention due to its poor portrayal.

With Batwoman out of the picture, there’s an opening for someone to take her place and who better than Barbara Gordon.

After receiving cutting edge spinal surgery, Barbara is put back in the cowl and this is probably the standout moment of the graphic novel.

Mirroring this, Themyscara has decreed Wonder Woman a traitor and their armies turn on her in a bold movie that packs the middle of the work with a lot of strong female characters.

In the end, she is forced to face Superman in a fight to the death and this really injects the middle of the work with some much-needed adrenaline.

Unfortunately, there is a Deus Ex Machina that comes in at the last second before the two are able to kill each other and this feels like a slight cop-out, especially with how forced the combat scenario was early on. Once again it leads to the action feeling hollow and it’s hard not to roll your eyes seeing the story getting dragged out even longer once more.

In the end just as things look like they’re settling down, the story devolves into all-out relentless action once more that feels bland, repetitive and boring.

It’s such a shame because this graphic novel, whilst an improvement over it’s prior, still has a long way to go in order to catch up to the high bar set by the first handful of stories.

In the end, we end on a cliffhanger but at this point, I’m too disenfranchised to care and thus the story ends with me wanting less.

Whilst this is a slight improvement over Year Three, Year Four still starts off with a dud. There are huge leaps in logic, meaningless fistfights and overall a story that feels like it’s repeating the same beats as earlier.

There’s no innovation here which is something that the first few graphic novels dealt in heavily and thus this feels like a big disappointment.

In the end, I’m only reading out of routine and I really hope that the work steps up for the next collection.

Year Four: Volume 1 gets a…