Skip to content
Injustice: Gods Among Us: Year Three: Volume 2 ... 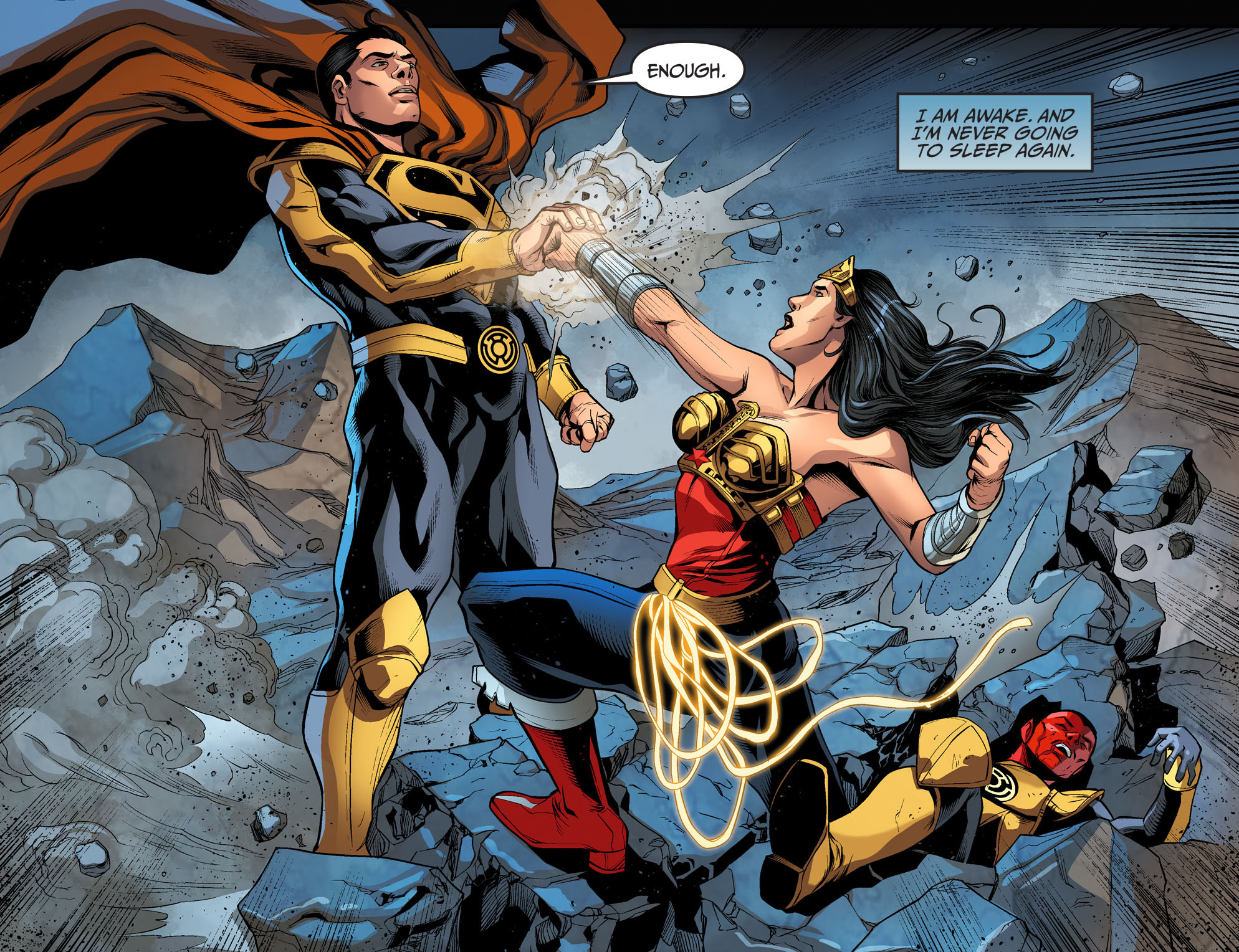 Injustice has had one hell of a run thus far. The storyline has successfully incorporated all aspects of the DC Universe and doesn’t seem to be slowing down at all in terms of quality.

However, Year Three: Volume 2 probably has the most potential to change that.

Tom Taylor is no longer on the project and with a different writer, it will be interesting to see if the series can still stand strong.

For everyone else let’s dive into Injustice Gods Among Us: Year 3!

The book opens with Wonder Woman awakening from her coma that was put in place earlier in the run. The first issue deals with her learning of what has transpired during her slumber and it’s an excellent intro that shows just how much things have changed.

It’s clear that she deeply loves Superman and whilst she does not agree with his actions, her heart leads her to his side and thus toe to toe with Batman once more, even though it’s unclear if she knows exactly what she’s fighting for.

With the Man Of Steel at her side they storm the tower of fate and take The Dark Knights forces head-on.

The Fight Of Fate

Thus begins my biggest problem with the book.

In the past, all of the action was a backdrop to the political storylines that were happening on the surface as the war waged between Batman and Superman.

However, Year Three: Volume 2 reverses this and action seems to be the main thrust of the story.

This gets old pretty fast and there’s only so much punching that someone can take.

Whilst there are major reveals such as Dick Grayson’s Deadman revealing himself to Batman and The Spectre’s true identity being showcased, these are all glanced over in favour of mindless battles that don’t really feel like they add anything to the overall storyline.

Stop Hitting Each Other

In the end, the fighting leads to nothing more than a stalemate so it feels like an exhausting waste of time.

Bar a few deaths that are glanced over and not really given the proper time that they deserve, it all leads to very little with the majority of things being back to how they were at the beginning of the graphic novel.

The final chapter is a flashback to the events before the graphic novel and whilst this normally would add extra context, unfortunately, it muddles the plot to the point of convolution.

I guess all good things must come to an end.

Injustice had been an amazing series until this point but the change in writer has massively derailed the entire run.

It’s difficult to express how poor this book is from beginning to end. Everything feels mishandled and poorly executed and due to this the work massively suffers.

I would recommend skipping this entry but unfortunately, minor events will likely pay off in the future.

All in all it gets a…