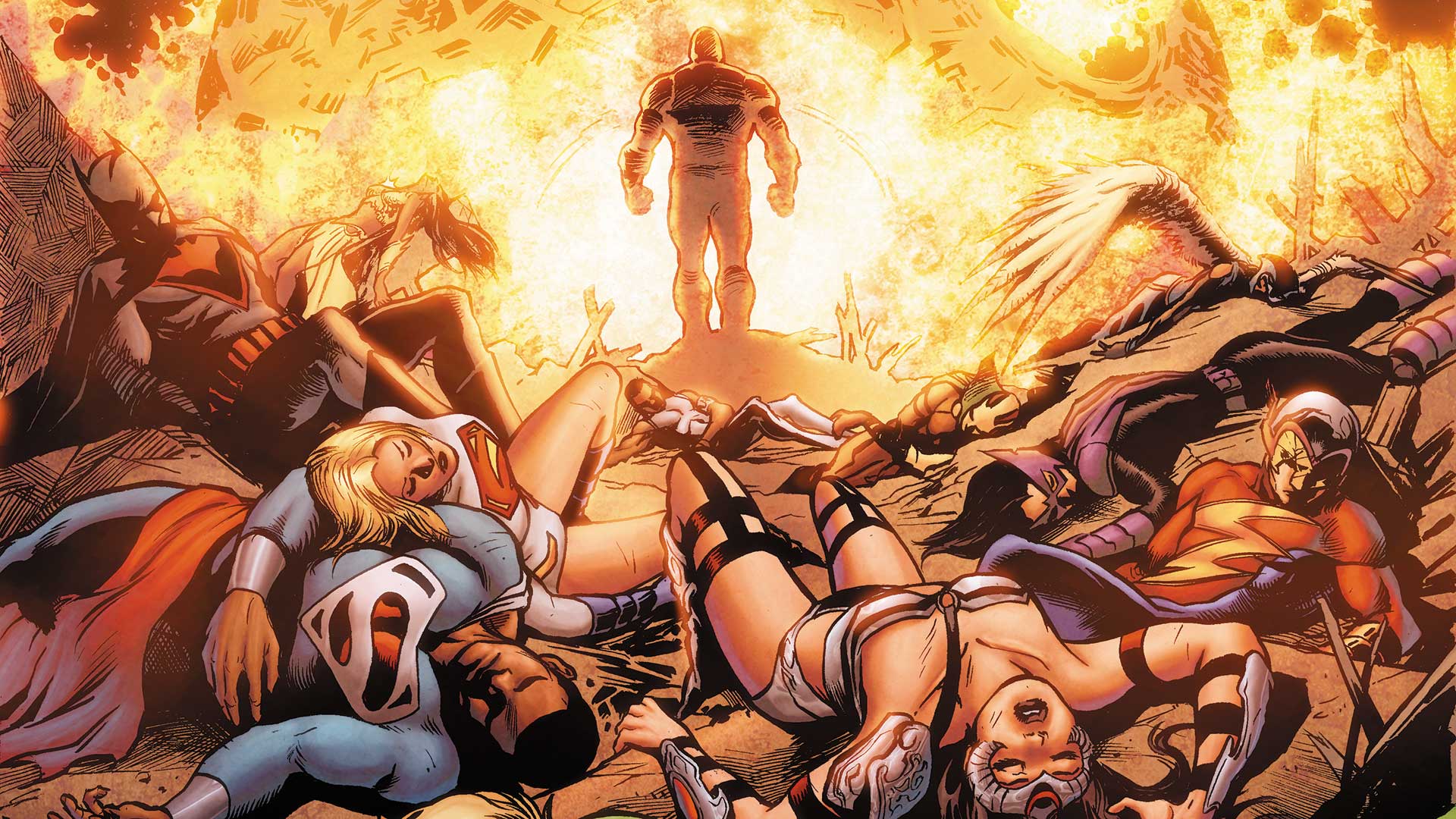 Earth 2: World’s End: Part One, was an incredibly well developed fresh start for the Earth 2 characters. In the past I had complained heavily about the Earth 2 series in its opening chapters, however, it won me round by volume 3 due to its excellent pacing and unrivaled action. Now by Volume 6, it’s one of my favourite series and I hold the majority of the books in high esteem due to their quality and consistency.

But can it continue its reign?

With Volume 6: Collision acting more as a book that fills in on character backstories, it will be interesting to see if this can deliver. There is the potential for some plot development here but if it’s like the majority of the New 52 Volume 6’s, then it could end up leaving readers feeling disappointed.

Should comic fans skip this entirely and go straight to World’s End: Part 2? That’s what I’m here to find out.

Like most of my reviews, there will be spoilers throughout so please avoid this for now if you would like to go into the book with fresh eyes. You can, of course, skip right to the end to see the score and revisit this after you’ve had a chance to read the graphic novel.

With that out the way let’s dive into Earth 2: Collision!

Opening on our heroes childhoods, the introduction is told mainly through flashback. It demonstrates the positives and negatives of a strong family bond and when the story catches up to modern day it feels impactful watching these seeds come to fruition.

I loved seeing Helena Wayne’s estranged relationship with her Grandfather and the reunion of the two surviving Krypton’s demise is touching on several levels.

However, the book quickly loses it’s relatable aspect when we see the introduction of Darkseid’s furies. Their origin stories are very by the numbers and whilst they don’t really put a foot wrong they also don’t do anything overwhelming.

This leads to them feeling like filler and it doesn’t elevate the threat of their arrival at all, which is a shame as they had the potential to be incredible villains. 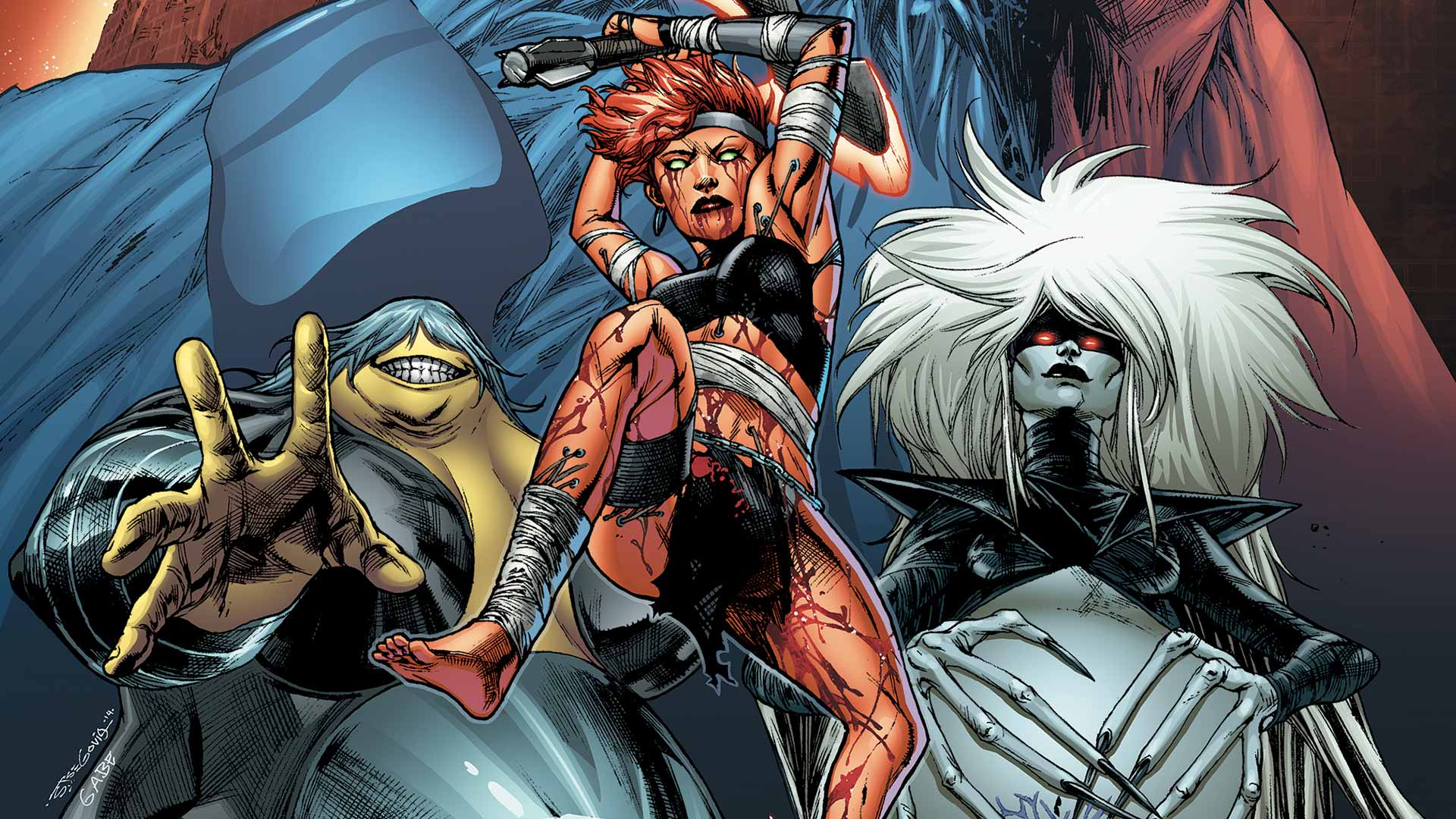 Unfortunately what follows fails to put the book back on track and I was longing to get back to a story with some substance to it. We follow Dick Grayson and Barbara Gordon, who in my opinion are Earth 2’s weakest characters, as they are trapped in a post-apocalyptic town. It’s clearly Mad Max inspired but far too derivative and short-lived to leave any lasting impression.

This is coupled with a mundane issue that showcases how the champions of the red, blue, green and white were selected. Having already been covered in previous volumes it feels like needless padding and honestly is by far the most skippable section of the book.

The Evacuation Of Earth 2

The final chapters revolve around Doctor Fate stopping the destruction of Earth but it is too little too late. The action is inferior to what is present in the main storyline and several of the elements feel so discombobulated that it is difficult to follow.

By the book’s end, I was left heavily disappointed and whilst I had faith that the next volume would redeem this lack of quality, it didn’t exactly leave me feeling over joyous about the series.

Earth 2: Collision is completely skippable and in fact I recommend that you give it a miss. It detracts so heavily from the main storyline that any invested reader may be put off from returning.

This was a huge mistake by DC and the lack of focus really derails the book. These backstories are completely unnecessary and your money is better spent elsewhere.