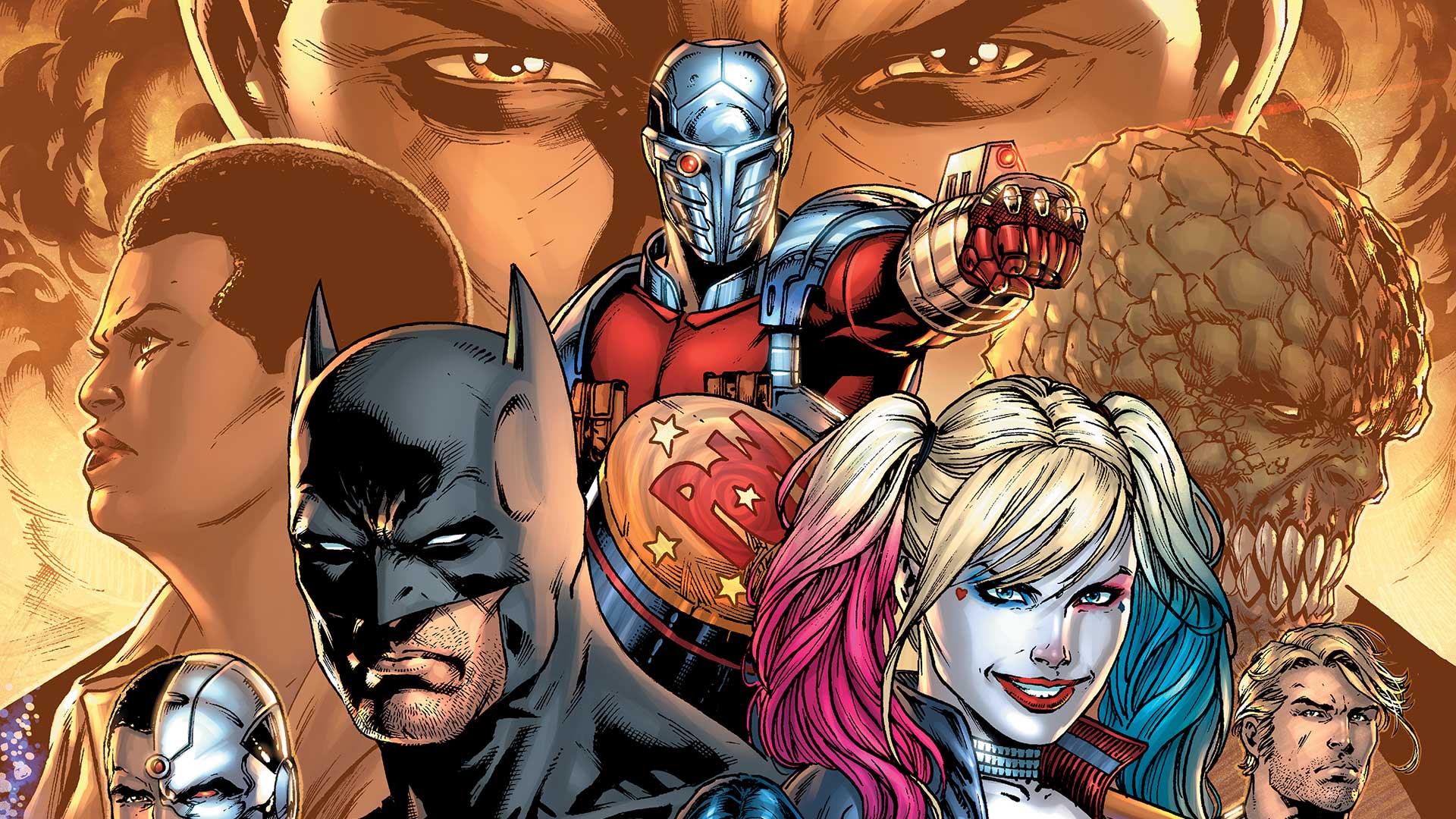 The Justice League have been around for decades and decades. Almost unmatched in popularity and status until recently. Suicide Squad burst onto the scene in the 1980s and since then they have went from strength to strength. Their punky attitude has made them a more extreme version of the worlds greatest heroes (they even have X in their Task Force X code name HOW MUCH MORE EXTREME CAN IT GET!!??).

Obviously a rivalry has built between the teams and finally…finally FINALLY, we get to see what would happen if they face off.

Can this live up to the hype or will this Versus book be another Batman V Superman?

From the off the volume is packed to the brim. Opening on the prelude we learn a lot about the Squad through the eyes of Killer Frost. The newest member of the Squad, she is introduced to them formally…from their jail cells. Joshua Williamson, the writer, has done a brilliant job of introducing the team before sending them off on their first mission and this was a subtle, yet gripping, way to begin the book.

Whilst we are supposed to rally with The Justice League, I always find myself rooting for Taskforce X above all due to their relateability. These are the underdogs, forced to go out everyday to their death potentially, they have become endearing. When the two teams finally do clash it’s easy to pick a side and due to this the opening battle really feels like it has stakes in it.

The biggest surprise coming when the Suicide Squad, against all odds, actually win.

This narrative twist shows that Williamson is not doing a run of the mill tale. He wants you to believe anything can happen and as the book goes on it certainly becomes apparent. It had it’s hooks in me straight away and DC Rebirth’s first major event had it’s first major moment.

After the league are locked up in Belle Reve we are treated to one of the most badass moments in the Bat’s history: Batman taking down a group of security guards whilst wearing a straight jacket. From here he deals with Waller face to face, discovering that she has brought the two teams together to proctect her from the evil group that are coming.

Used and betrayed by Waller they were locked up in a blacksite prison, away from the world, where their anger grew. Now free they want nothing more than revenge. 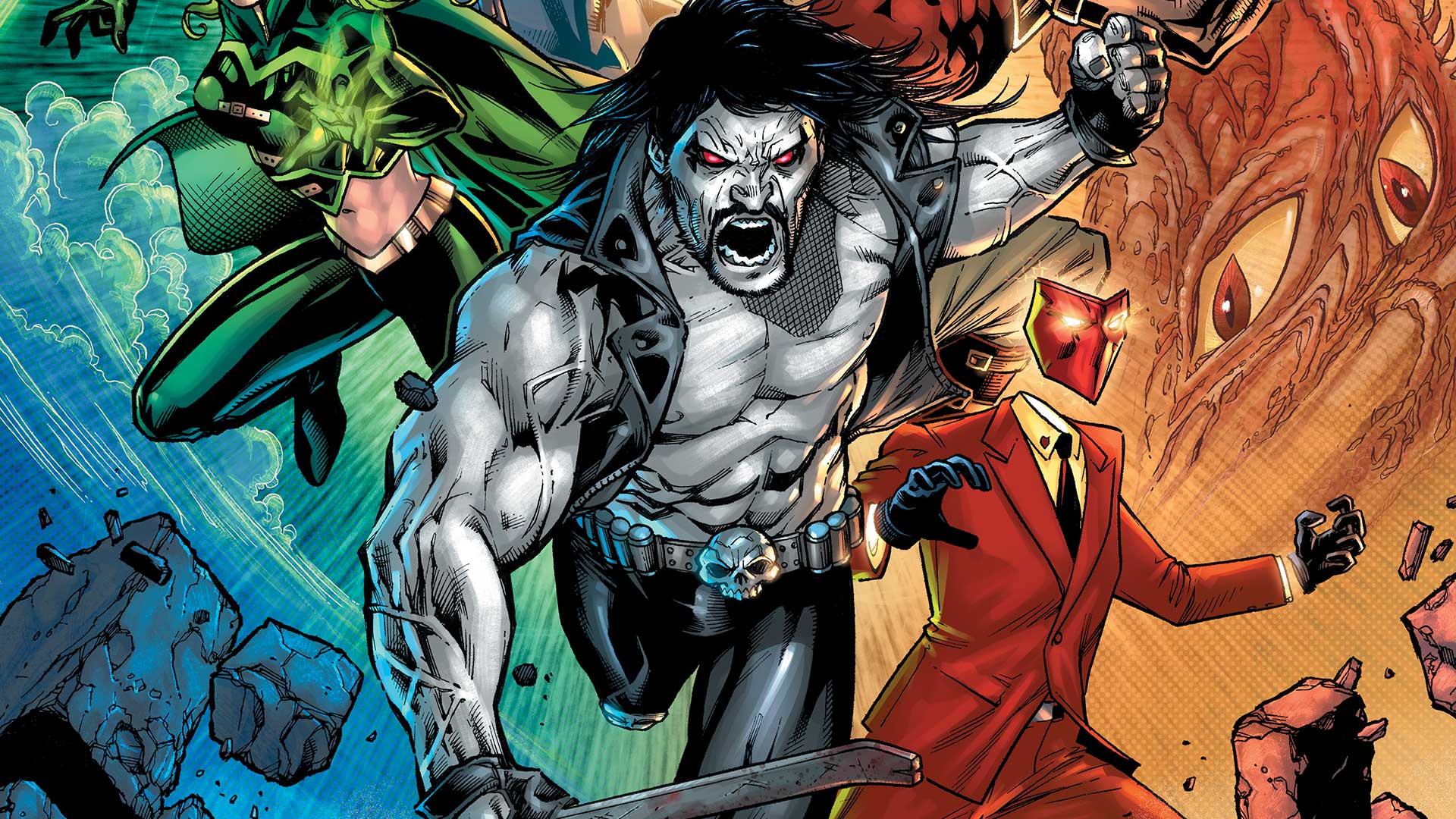 Operating in the background unbeknownst to both sides is Maxwell Lord. The true antagonist of the tale. The book methodically lays out his motive and his recruitment of previous members of the Suicide Squad is inspired. After angering him in the past, Lord is now obsessed with taking down Amanda Waller and he beautifully orchestrates the perfect scenario to finish her once and for all and gain power over the world.

Throughout the expansive book we are treated to his back story in extra issues that I, and I suspect many readers, missed during the comic’s printing. He really feels like one of DC’s most interesting characters. A twisted anti-hero, able to control people with his voice, that whilst similar to The Purple Man from Jessica Jones, feels more dangerous due to his ability to control the Super humans that inhabit the world.

I love the introduction of this villain because Williamson handles him with a duality that is rarely matched in most evil characters. His Vengeance is justifiable and whilst simplistic on the surface, his rich backstory gives him a complexity that allows you to relate to what made him the way that he is.

Subtly Williamson has chosen the perfect villain to mirror Amanda Waller. Lord, like Waller, believes that he is right above all else. Both characters wish to seek to exert control over the world till it either bends or breaks. I’d never really noticed it till now but Waller is as evil and twisted as most of the villains that she plots against, it’s just that she happens to be on the side of the US. This often justifying her ways. allows Lord to act as a perfect black mirror. He too uses his own Suicide Squad for his nefarious plans and the similarities show just how deeply Williamson studied the characters and gave them all a perfect opposite to face against.

After attacking Belle Reve head on, Lord gains access to ‘The Heart Of Darkness‘, a malevolent force with the ability to control people at will. Combining their powers they become an unstoppable force.

Eclipso has a special place in my heart. Many…many years ago when I was four years old, I was given issue 2 of Eclipso. It was the first comic book that I ever read and boy did I. From cover to cover I obsessed over every detail and it was from that moment on that I really fell in love with the comic book industry. Seeing him get a revival was a win/win for me and when he took over the Justice League (similar to how he did in my first story) I jumped with joy.

Of course not every reader is going to have this nostalgic connection to the book but that doesn’t matter. There is enough here to see grip any passing fan. The stakes constantly ramp up and when we see exactly what would happen should there be an evil Justice League the book goes stratospheric in quality.

When Batman is forced to create a new Justice League with the remaining Suicide Squad members the book leapt into it’s third act and cemented itself as one of the best that Rebirth has to offer. 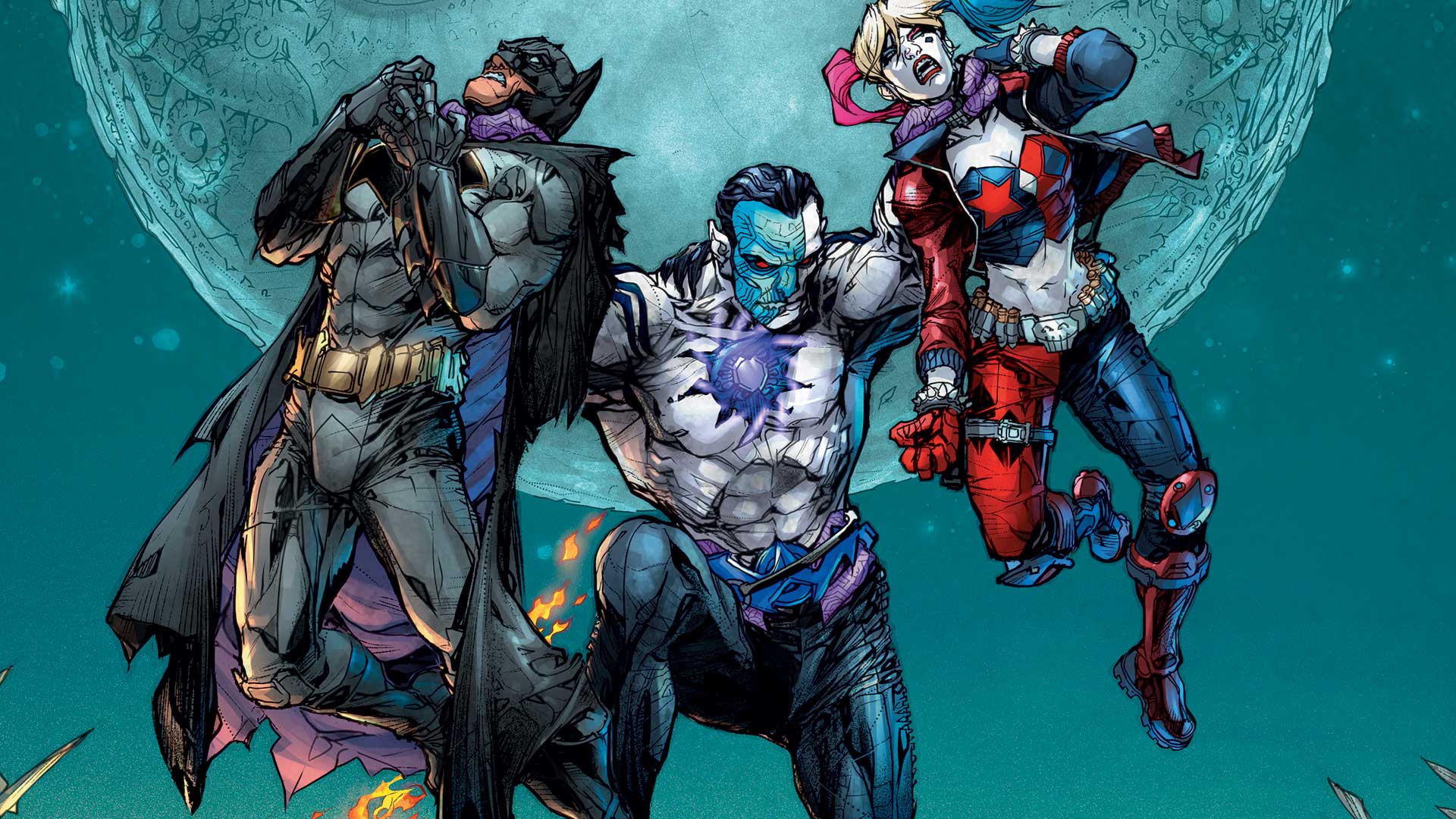 The final battle concludes with Killer Frost really stepping up to the plate and showing that she is redeemable as a villain. It ties in beautifully with the opening of the book and feels like a perfect arc for the newly reformed character. We are shown Amanda Waller’s true motives and the book ends on a Poignant closer that will leave most readers debating over who really won.

I had a blast with Justice League Vs Suicide Squad, it’s a solid reminder of everything that makes comics great. DC knocked it out of the park by showcasing creating an endearing story that at it’s heart is about hope and redemption. This is essential for any comic book fan and will no doubt be the beginning of some brilliant team ups between the two groups. It feels like a fully developed arc that works for both die hard fans and new comers alike.

I can’t praise the book highly enough and that’s why it gets a….