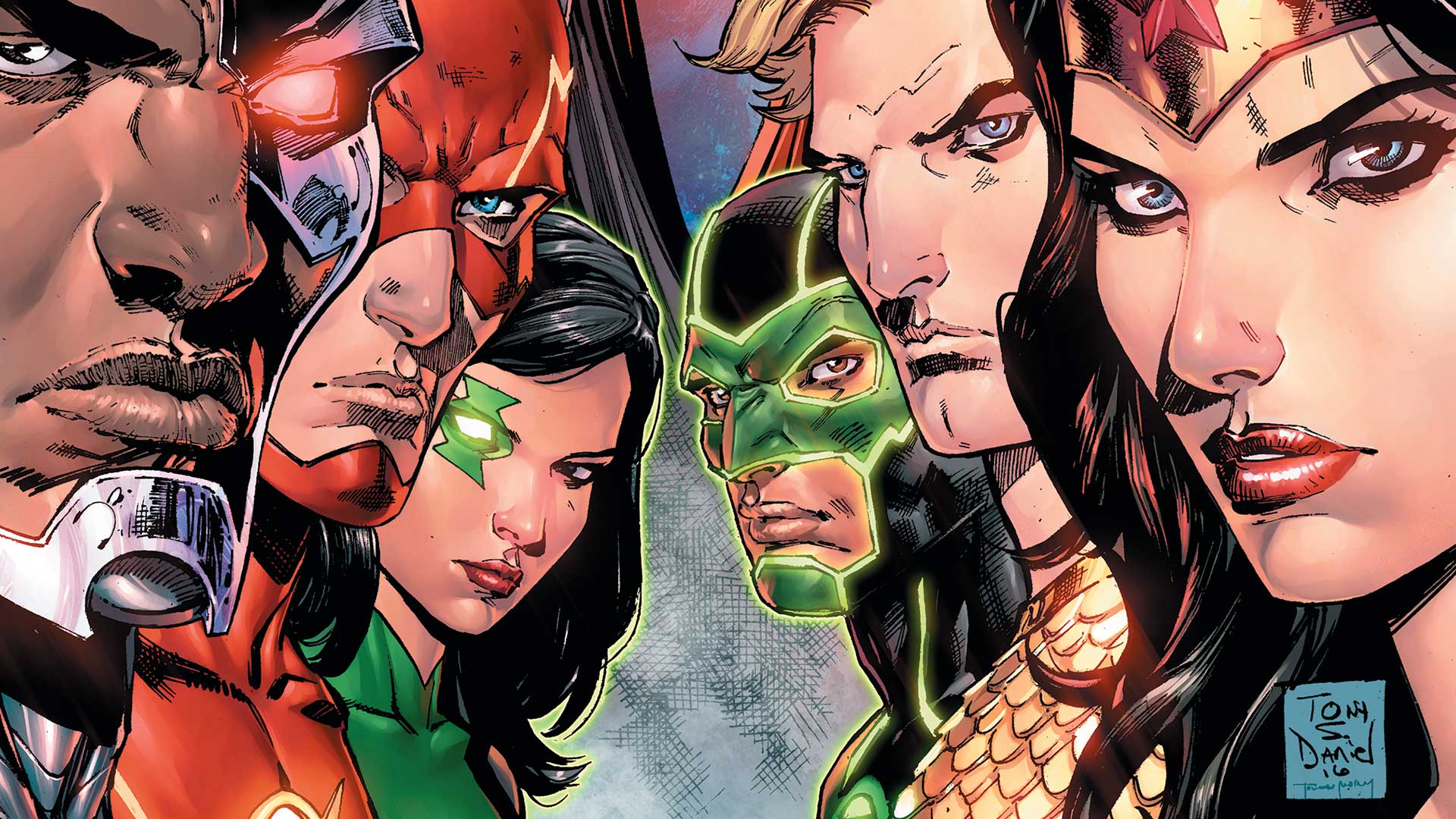 After the stellar series that was The New 52: Justice League, I have high hopes for the Rebirth Run.

Recently Rebooted, Rebirth promises to correct the failings of its former aesthetic and provide a more nostalgic setting for our Heroes to inhabit.

Throughout this review, I will be discussing whether The Extinction Machine manages to right the wrongs that many criticised The New 52 for or if there are still problems.

There will be heavy spoilers so it may be worth skipping to the score if you want to go into the book with fresh eyes. With that out the way, let’s dive into Justice League: The Extinction Machine.

Those not caught up on Rebirth and The New 52 May get a bit lost in this book’s introductory chapter. There’s a lot to unpack but I’ll try and sum up the cliff notes. The prior Superman run saw The Man Of Steel’s demise, but, unbeknownst to most, a Superman from another Earth was already living on Earth Prime with his son Jon and Wife, Lois Lane.

With the Superman from the New 52 series now dead, there is an opening for someone to take his place and this first chapter centres around our new Blue Boy Scout answering the call.

Sadly, the book fails to really depict the struggle that Clark has over losing the identity that he has fought so long to protect and I wish that the graphic novel spent more time with him battling over the concept of joining the League. He pretty much immediately signs up and robs this story of any subtext that it could’ve had. I wanted to see the inner struggle of the sacrifices that he knows he would have to make in becoming a hero but that is completely absent here. Things are quickly returned to the status quo by the end of issue one which is a missed opportunity for the potential of the work. 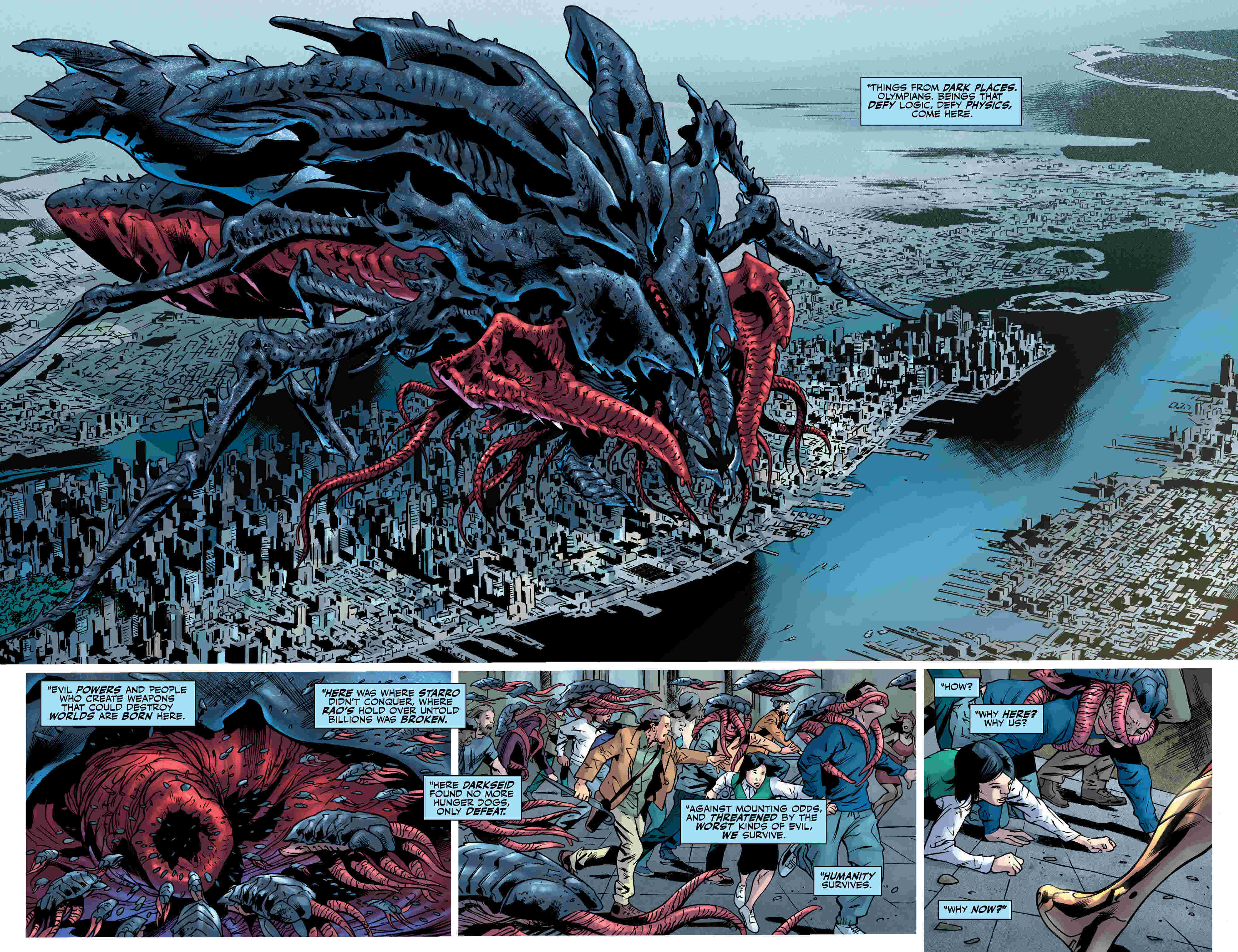 When Earthquakes begin tearing the planet apart, it falls on the Justice League to save the day. However, these aren’t just ordinary earthquakes and when Zombies rise from the wreckage to form the collective consciousness of ‘The Kindred’, it’s clear that all is not what it seems.

They are here to ‘purge’ the Earth and the league must stop them. If you’ve read a comic book before then chances are you’ve seen this type of storyline one million times before. The book decides to focus on the conflict of stopping the purge rather than the character development that would have been a better choice in a situation like this.

The villain of the piece is completely unremarkable and due to the short length of each Rebirth Issue, it’s difficult to become engaged in the storyline. Each moment wizzes by at breakneck speed to the point that I felt no real attachment to the heroes or the events that were transpiring.

The finale wraps up much in the same way that you’d expect but due to my detachment failed to really make an impact with me. There’s not much to really sweep you up here and it didn’t really cement the characters in the way that I expected it to.

The Extinction Machine is probably one of the most by the numbers books that I’ve ever read. Everything in it feels predictable and boring. Comparing it to the New 52s stellar Volume 1: Origin feels like a redundant battle as there is really no comparison. That book reinvented the league for a new generation whereas this one didn’t do anything that I will even remember a week from now.

It’s a massively missed opportunity and if these are the hands that the Justice League Graphic novels are left in then I don’t have much faith for the future.