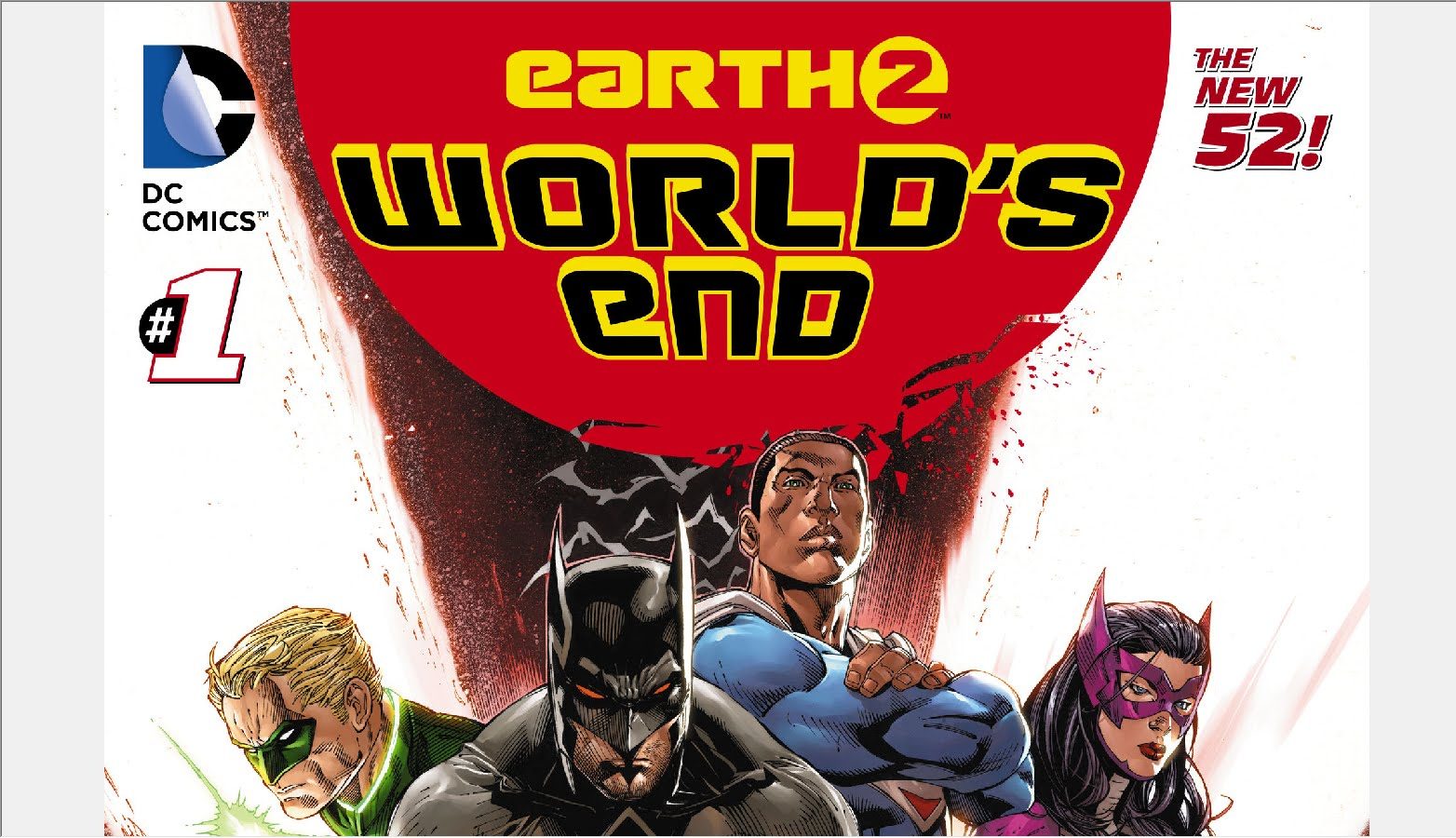 After getting off to one hell of a rocky start, Earth 2 has cemented itself as one of my favourite graphic novel runs of all time. With a stellar finale in Volume 5: The Kryptonian, the landscape of the universe has changed completely. World’s End sets to pick up the pieces that were left at the end of the prior graphic novel and take the book into exciting new directions.

There is a lot here that could potentially disappoint and a new creative team can either be rejuvenating or derailing. I’m excited to see whether this will be a whole new world or an end to one that I fell in love with.

With that out the way let’s dive into Earth 2: World’s End: Volume 1.

The book opens by recapping the events of the previous five volumes. Through doing this the creative team implement a brilliant jumping off point for new readers. Due to this, comic fans aren’t required to read the inconsistent prior works and this minor retcon stabilises the universe, erasing many of its problems. I loved this touch and getting to see our original Justice League (even if only in flashback) provides a wealth of nostalgia and subtly aligns our new heroes as their suitable replacements.

Working as a cohesive unit, the new JL are put to the test when the fire pits of Apokolips explode once more unleashing hell on Earth. It’s a grand introduction to Darkseid’s new army and the team must combat the villains on all front in order to succeed. Whilst normally this would be the standard affair, Daniel H. Wilson interjects cerebral elements in order to make the battle as testing psychologically as it is physically. As Darkseid’s forces gain control of returned heroes such as Powergirl and Huntress, the tension rises exponentially. Asking our heroes where they were during the original Darkseid war is a little tip of the cap to critical readers who may have harboured the same questions for the new Batman and Superman team. This shows a self awareness that few graphic novels possess and it definitely gets you onboard for what is to come later in the Volume. 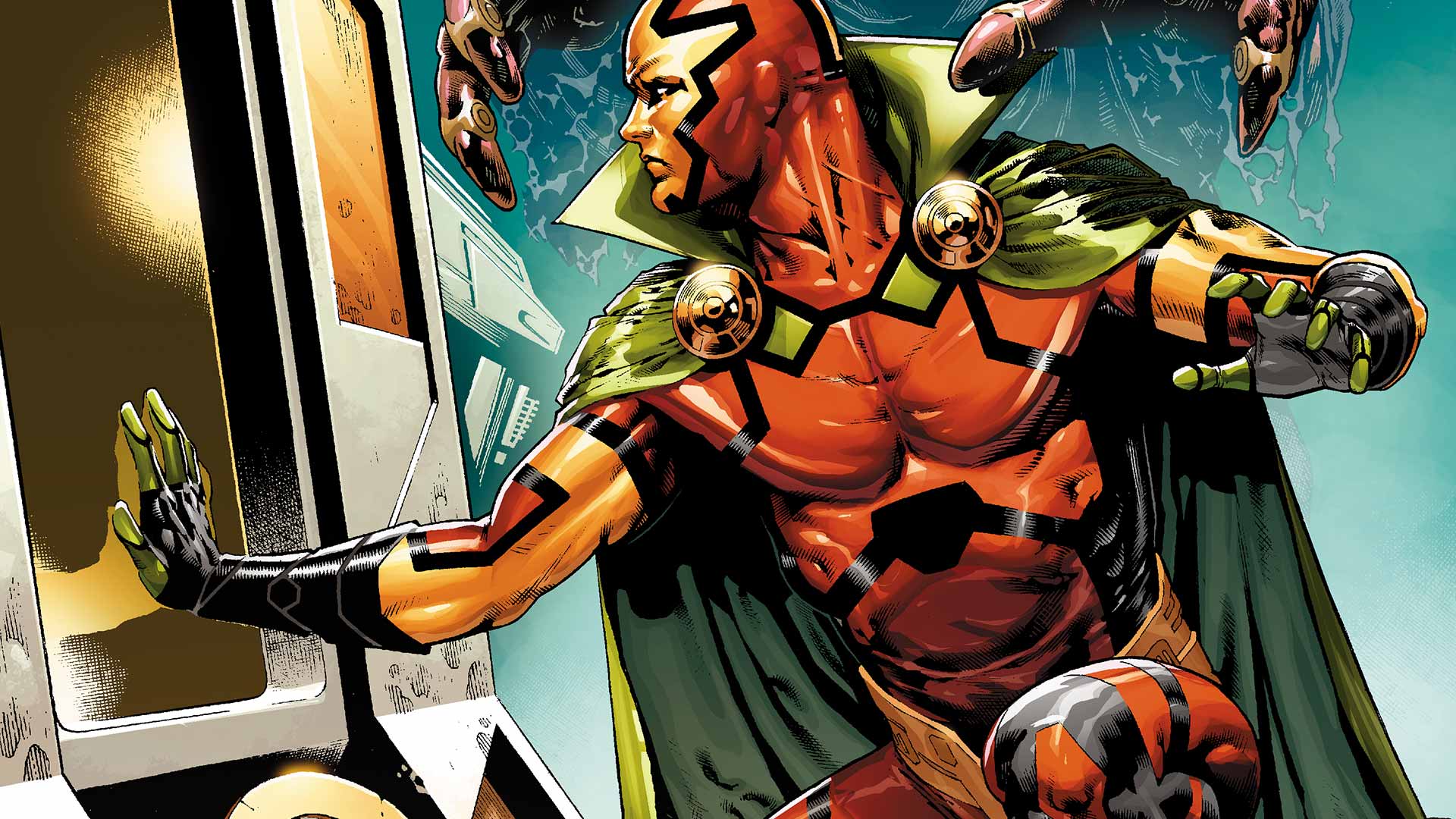 The embodiment of the four horsemen of the Apokolips, the furies bring War, Pestilence, Famine and Death. They attack all four corners of the Earth and our heroes are tasked with taking them down. Whilst in other books this plot device is cliched here it feels grandiose and is used for character development rather than mere action.

However, this doesn’t mean that the work is perfect.

The pages show flashes of Jack Kirby’s ‘The Fourth World’ and whilst they are beautifully illustrated, they also share some of the original source material’s problems. Heavily convoluted, it is often difficult to keep up with exactly what is going on as the plot jumps from location to location. The dynamics are affected by this and the juxtaposition of a Battle scene in one area immediately followed by down time at another can be jarring.

I know In advance that a lot of the elements within this book are built upon in Volume 6 but these moments should be present here so that the work flows better. It’s a poor trade off to have two books of incomplete work instead of a separation between part one and part two. The graphic novel is aimed towards bringing the new comer aboard but I think that laymens will struggle with the pace of the storyline and may be put off because of it. Which is sad, as there is a lot to like.

As all team subsections deal with problems ranging from the return of Solomon Grundy to an army of evil Superman clones, Apokolips enters Earth’s atmosphere.

Barraging the planet with meteorites every plot line goes stratospheric. Each team must deal with the near insurmountable odds that the War Planet throws at them and I was gripped throughout the book’s climax.

As the New Gods team head towards the core of Apokolips, they are betrayed by Barda and Darkseid is unleashed. It’s brilliant to see DC’s biggest baddie back in the books and the finale packs a punch that will make all readers want to pick up the sequel storyline.

It greatly redeems some of the graphic novels minor failings and helps to push the work to the forefront of The New 52. 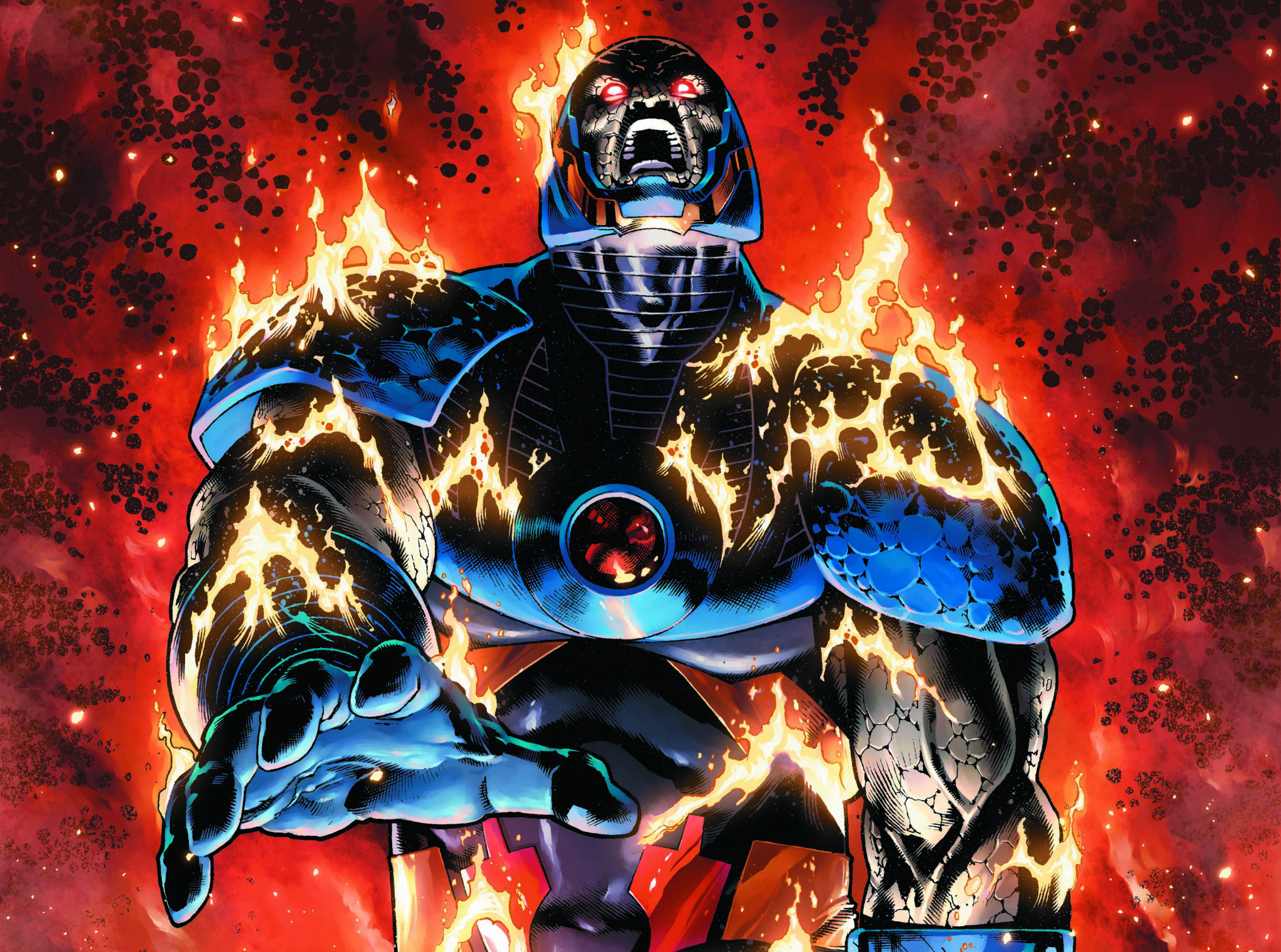 Earth 2: World’s End gets off to a great start. Grand in scale and scope there is a lot here for Diehard DC fans. It misses the mark in being accessible for newcomers and can be quite over bearing for even the most well versed, however, it definitely deserves a second read and the complexities within the work are more a credit to it’s characters than a detriment to it’s delivery.

Earth 2 is quickly placing itself as one of the best New 52 series ever. Fans will know instantly whether they like it or not, and whilst not for everyone, I think the majority will love this. If you are already in the rabbit hole you might as well go all the way to wonderland and pick up this book.

That’s why it gets a solid…