Watchmen is an American comic-book limited series published by DC Comics in 1986 and 1987, and collected in 1987. The series was created by a British collaboration consisting of writer Alan Moore, artist Dave Gibbons, and colorist John Higgins. Watchmen originated from a story proposal Moore submitted to DC featuring superhero characters that the company had acquired from Charlton Comics. As Moore's proposed story would have left many of the characters unusable for future stories, managing editor Dick Giordano convinced Moore to create original characters instead.

Follow our reviews of all things Watchmen through our Podcast episodes on 'Watching The Watchmen' and scroll down to see all our articles. 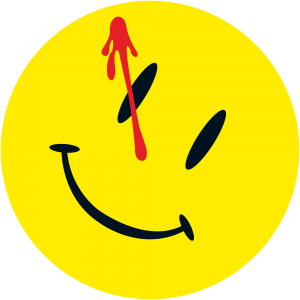 If you spent last year Watching The Watchmen then chances are that you have a lot of questions still about the shows ending. Throughout this video, we’re gonna be going over the agonizing cliffhanger...
Read more →
Doomsday Clock Issue 12 Review Story Analysis by Tom Kwei and Deffinition Doomsday Clock is back with Issue 12 and it’s finally over. We break down the major plot of the issue as well...
Read more →
Throughout this, we’ll be breaking down one of the most enigmatic characters in comic book history. That is, Doctor Manhattan, the God Like being that found himself at the centre of both Lady Trieu...
Read more →
﻿ The season finale is finally here and there’s a hell of a lot to unpack from it. This has been one of the best shows on TV this year and the last episode...
Read more →

Watching The Watchmen Issue 3 'The Judge Of All Earth' Review

Watching The Watchmen Issue 7  'A Brother To Dragons' Review

Watching The Watchmen Issue 9 'The Darkness Of Mere Being' Review