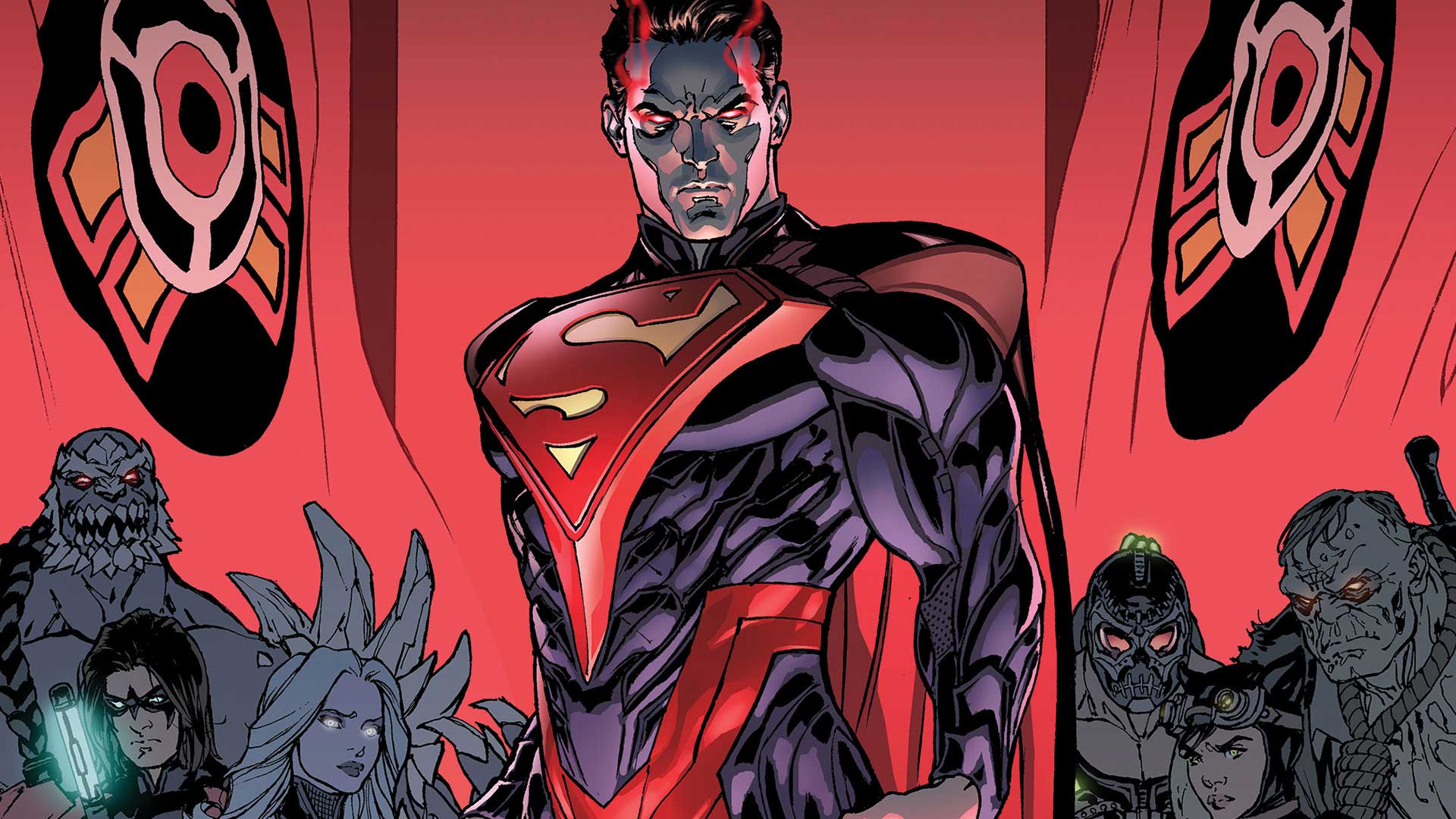 This is it, we’re in the endgame now…sorry wrong franchise.

However, this is the culmination of the last five years of Injustice stories and honestly, it could go either way.

After we had a stellar set of books early on in the run, Injustice has lost its way, however, after the last graphic novel seems to put things back on track it seems like we could be going in the right direction.

Throughout this review I’ll be discussing Injustice Year Five: Volume One in full detail and giving my thoughts on it. There will be some spoilers here so if you don’t want to know anything skip to the score and make sure you come back after you’ve read it.

With that out the way let’s get into my breakdown of Injustice: Gods Among Us: Year Five: Volume 1 Review.

The Enemy Of My Enemy

The book opens in the midst of Plastic Man’s prison riot with many of the big bad villains of the DC universe now on the loose.

To make matters worse for Superman and the Regime, Doomsday has entered Earth’s orbit and the opening of the graphic novel centers on Superman going head to head with the one foe that infamously bested him.

It’s a solid opening that whilst, not groundbreaking, still manages to secure some impactful moments due to the lineup of big guns that appear in it.

Both Supes and Batman are forced to team up with those who once opposed them in order to build their own roster’s number and Year Five feels far more diplomatic than its predecessors with several of the heroes having to deal with the fact that they are now working with the bad guys.

This subtle conflict drives the opening and eventually leads to some side switching and many people questioning whether they have made the right choice or not.

This leads to the teams going head to head with more interesting dynamics than before and whilst it doesn’t quite recapture the dynamics of the initial books it certainly feels like another improvement on the latter part of the run.

The latter part of the book really demonstrates the divide that Batman is creating due to his obsession with Superman and after she’s almost killed at the hands of The Man Of Steel, Catwoman decides to vacate her position at Bruce’s side.

This perfectly encapsulates just how isolated Bruce has become when he has lost the woman that he loved to the hands of his worst enemy and it’s one of the most dramatic moments in the run thus far.

Mirroring this Hawkgirl faces off against Hawkman and whilst the battle is over pretty quickly, it still cements just how far-reaching the divide in the DC universe now goes. 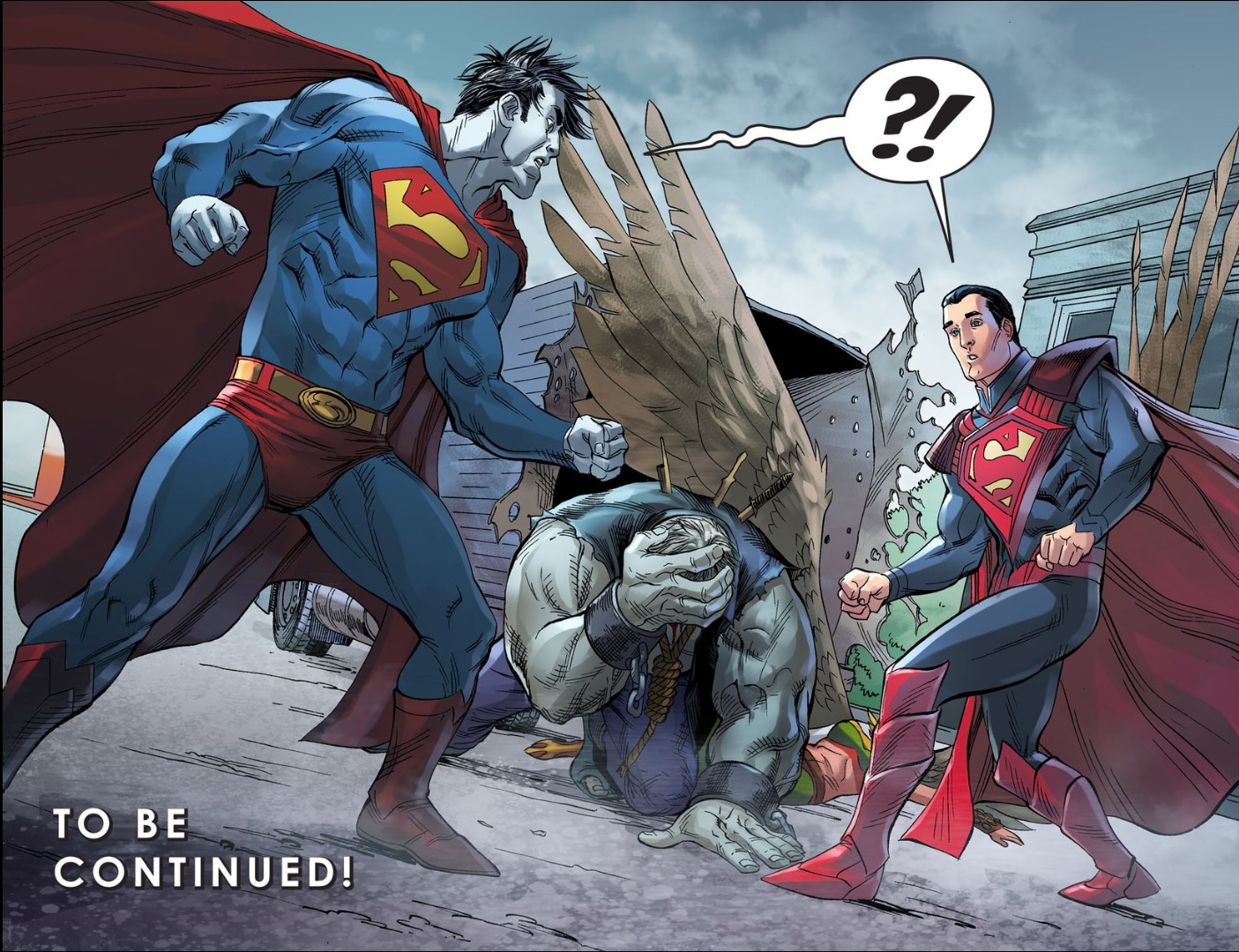 However, not everyone is falling out with one another and with the introduction of Bizarro comes a new wildcard. Bizarro believes he’s Superman and he tears through pretty much every supervillain that he comes across, except for the Trickster, who, as name would have it, fools him into thinking that they are friends.

This comes to a head with Superman facing down his fake and it’s an awesome action scene that actually feels like it has drive and purpose. It shows that there are ways to defeat Superman and I definitely can’t wait to see the two go toe to toe in the future.

The book ends with a Damien centric issue that follows him as he visits Alfred and then ultimately decides to Don the Nightwing Costume. It’s a great little one-shot that shows the perspective of someone who has been seduced by Superman’s way of thinking and ultimately it’s a brilliant way to end that story that shows in some respects that Supes will always have one over on the Dark Knight.

So, what’s the overall verdict on the springboard of Year Five. Well, it finally feels like Brian Buccellato has found his groove and this graphic novel was really enjoyable.

Sure it wasn’t perfect but there’s far more good than bad here and it really nails all of the nuances that the characters now possess.