Skip to content
Injustice: Gods Among Us: Year Two: Volume 2 Re... 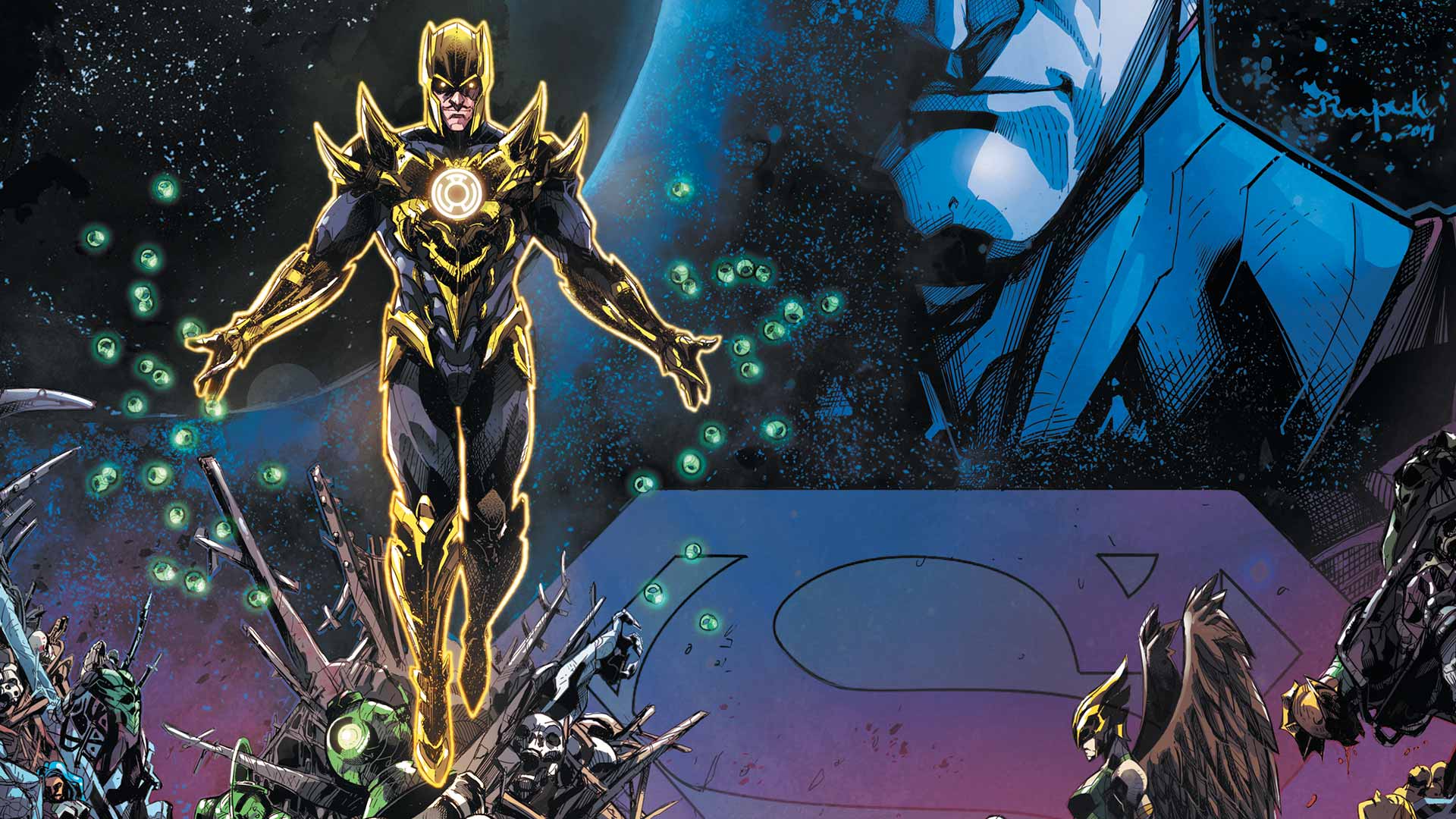 Injustice started off with a bang and got even better as it went on. We are now at the midpoint of the second year and it’s hard to really find any fault with the series.

It’s genuinely one of the best comic runs I’ve ever come across and you owe it to yourself to pick up the first three volumes.

However, nothing is perfect and the bigger the book gets in my eyes the further potential it has to fall from grace.

Throughout this review I will be discussing Injustice: Year Two: Volume 2 in full detail so there will be heavy spoilers. Make sure you come back to this review if you haven’t read it yet as there are a lot of big game changers here.

With that out the way, let’s dive into Injustice: Gods Among Us!

‘I can’t fight you, you’re Pregnant’

The book opens with Harley Quinn fist fighting Black Canary before the latter has to give up due to morning sickness. After it is revealed that she is pregnant, we also learn that Harley had a child that she had to hide from The Joker in order for it to lead a normal life.

It’s a touching introduction that works as a somber reminder that both have lost something very close to them and it’s the perfect way to get us invested in the story early on.

This is followed by Barbara and Commissioner Gordon coming across Clayface, who states he will exchange the information on where their Mother/Wife is buried in return for sanctuary. It turns out to all be a ruse but the single issue works expertly in showcasing just how corrupted Superman has become. The Man Of Steel is now willing to work with the Supervillains in order to gain his ultimate goal. He has truly become one himself in joining them and early on this is the storyline that tosses out all hope of his redemption, which is incredible to see play out on the page.

Year Two: Volume Two, is by far the most action-packed piece of Injustice thus far and there is a plethora of battles throughout.

In retaliation for their retreat in the previous Volume, The Green Lantern Corp returns in full force to finally finish Superman once and for all.

The battle spans the latter half of the book and is a thrill to read. Every player has a part and it all comes together to make a climax that delivers on a lot of levels. If this was to be the final chapter in the entire arc it wouldn’t disappoint and it’s by far the grandest part of the series.

There are huge twists and turns such as Hal Jordan joining the Sinestro Corp and Commissioner Gordon serving justice one last time which all feel weighty and impactful.

The last few pages brought literal tears to my eyes and it’s an extremely emotional conclusion that elevates the book above the majority of comic book stories on the shelves. You need to pick this up.

Year Two: Volume Two continues the quality that I’ve come to expect from The Injustice Series. Bold, Brash and full of Heart, it ticks all of the boxes and delivers an unforgettable story that sends the Universe into an incredible new direction.