Skip to content
Injustice: Gods Among Us: Year Three: Volume 1 ... 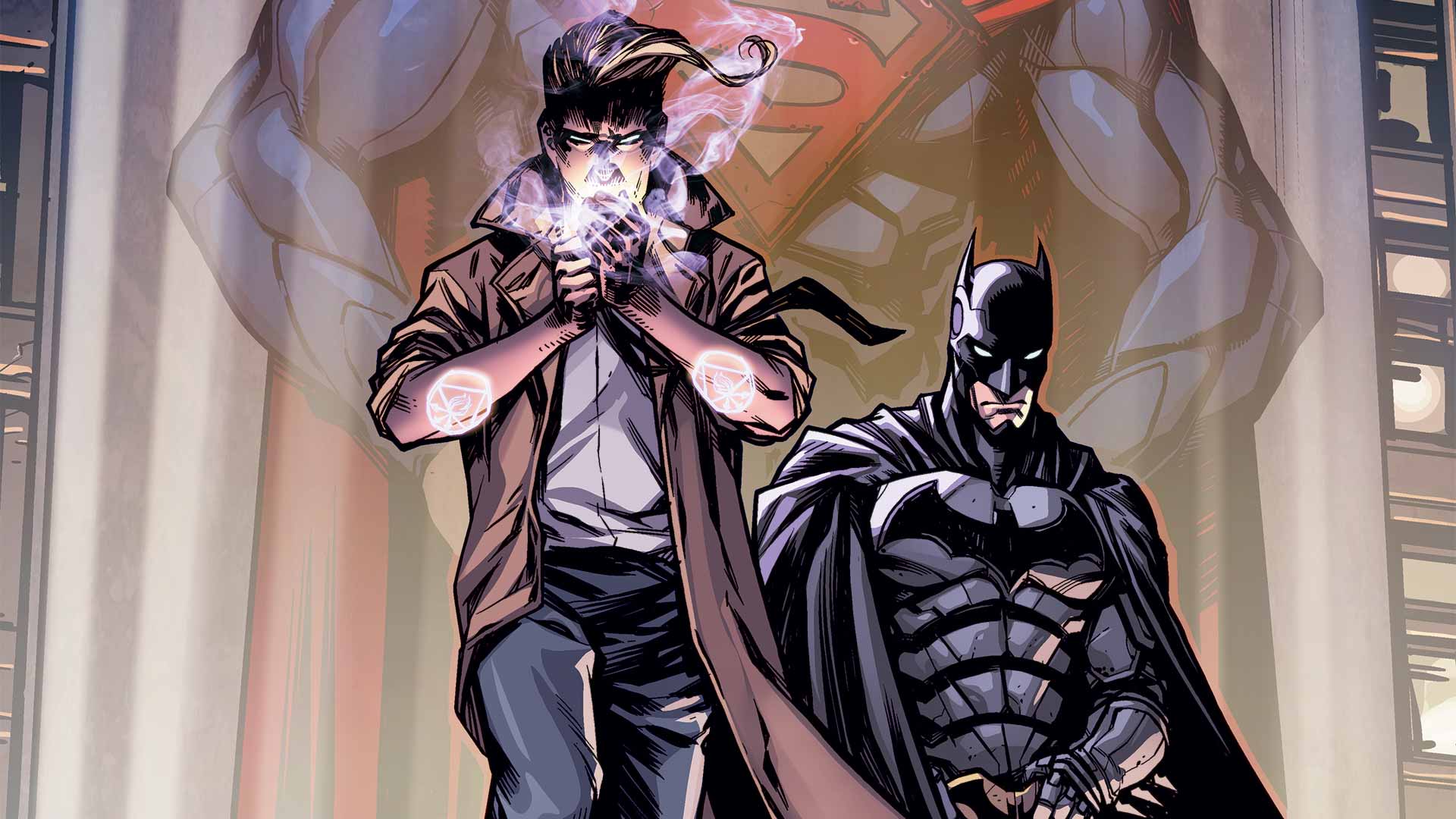 Injustice has been absolutely killing it so far. It’s safe to say that the first two years in the super-villain Superman saga has been a blast and in just four volumes its secured itself as one of the best series ever made.

That’s why I’m so excited to dive into Year Three and to let you know whether it’s worth picking up.

I’m going to try and keep a balanced mind state on the story and view it objectively but, let’s be honest, it’s gonna be hard.

For everyone else let’s dive into Injustice Gods Among Us: Year 3!

The book opens on Constantine and through him it introduces the world of the occult. Early on magic is rife in the work and this extra dimension adds new layers to the storytelling that let’s you know the war has expanded far beyond Batman and Superman.

Constantine is given the care of his daughter after her parents are killed during one of the large scale battles and it’s refreshing to see the conflict from a ground level perspective.

Echoing this, he knows the whereabouts of Raven who has been hidden from her father Trigon. These parallels of fathers and daughters allow for the work to possess a real heart and whilst before it was mainly a political showdown, this motif let’s you know that the battles span across the world in several different ways.

This is a brilliant opener that will capture your interest. Whilst it may not seem logical starting the book by introducing a whole host of new characters, it expands the work to show other aspects beyond the surface level conflict. 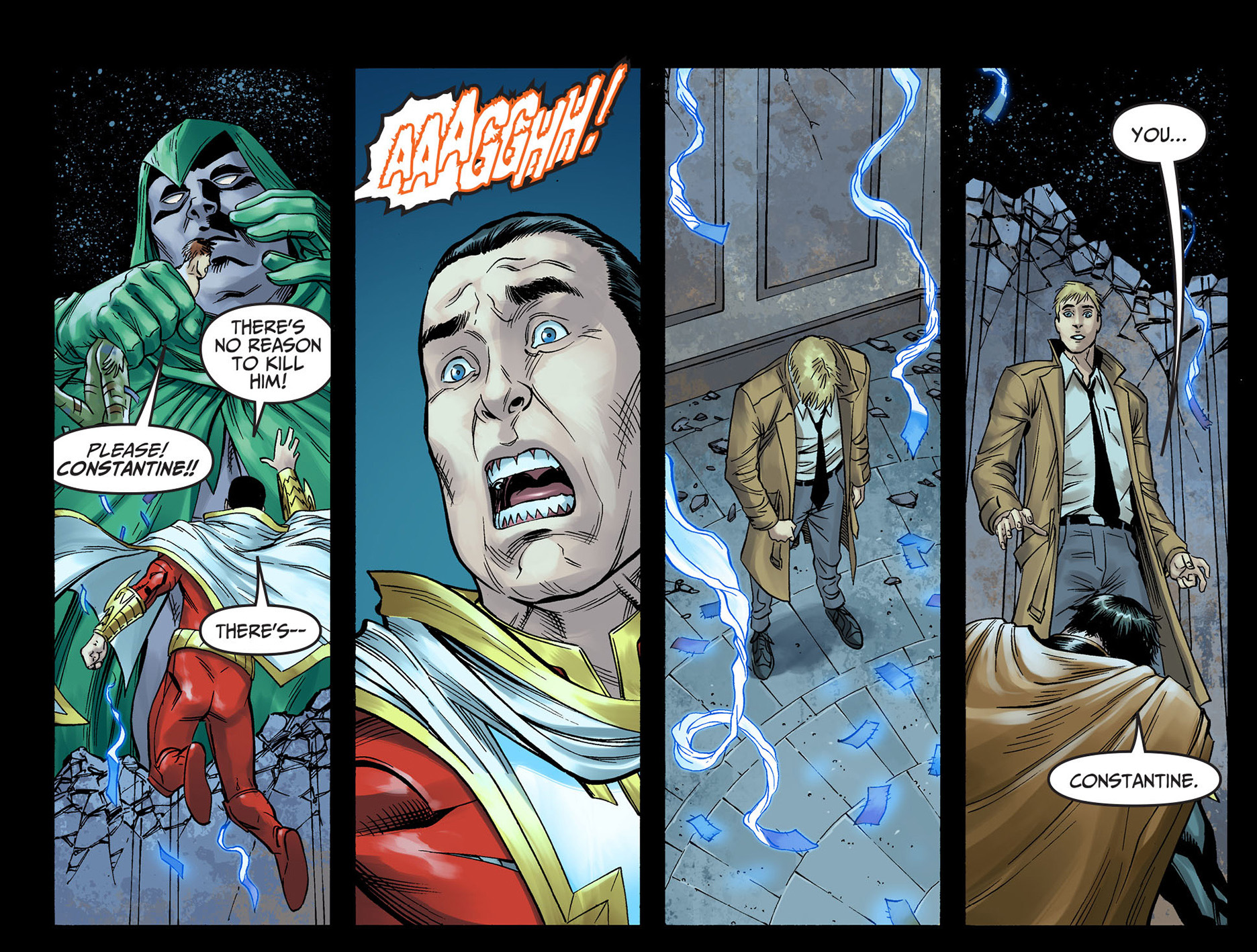 With this new addition of heroes comes a new addition of villains too. The Spectre stands out as the most dangerous and after he kills Anti-Hero Jason Blood upon his introduction, you know he means business.

It’s this elevation in the stakes that really drives the relationships between the characters and I loved seeing Constantine attempt to hide his daughter’s magical abilities so that she wouldn’t be dragged into the fray.

Add a Superman that is now condoning torture and you have a world that feels completely alien to the one in the original book but one that also feels incredible.

Volume 3, whilst not full matching my expectations still delivers in a lot of ways and feels like the next step in the civil war between the two sides.

What the book does expertly is that it introduces the Spectre, sets him up as a powerful foe for Batman and co and then teases that he may not be exactly who he says he is.

This enigma turns the story into a real page-turner and whilst his identity isn’t revealed till way down the line, the mystery will still keep you gripped and invested in the series.

The Villain kills Boston Brand aka Deadman and this forces the DC Mainstay to choose a replacement.

Fans of the series so far will jump for joy upon seeing him settle on Dick Grayson as his successor and it showcases that Injustice has several tricks up its sleeve to alter the world in interesting and unique ways.

For The Man Who Lost Everything

The final two chapters of the story involve Batman storming the Regime’s headquarters and infecting Superman with a hallucinogenic toxin, most likely derived from Scarecrow’s fear gas.

Juxtaposing that compound though, this creates the perfect world for the inhaler to inhabit.

In this dream state Superman encounters what would’ve happened if he’d not have killed The Joker. It’s a wonder to behold and feels like the standout issue in the story so far. The chapter possesses tear-jerking moment after tear-jerking moment and it’s the perfect way to end the book, sealing it with a bittersweet after taste.

Once again Injustice knocks it out the park.

I probably sound like a broken record at this point but it’s really been an absolutely incredible run that just seems to get better and better.

Whilst this perhaps doesn’t measure up to all of the volumes that preceded it, it’s still incredible from beginning to end and you owe it to yourself to pick this one up.

Year Three: Volume One gets a…