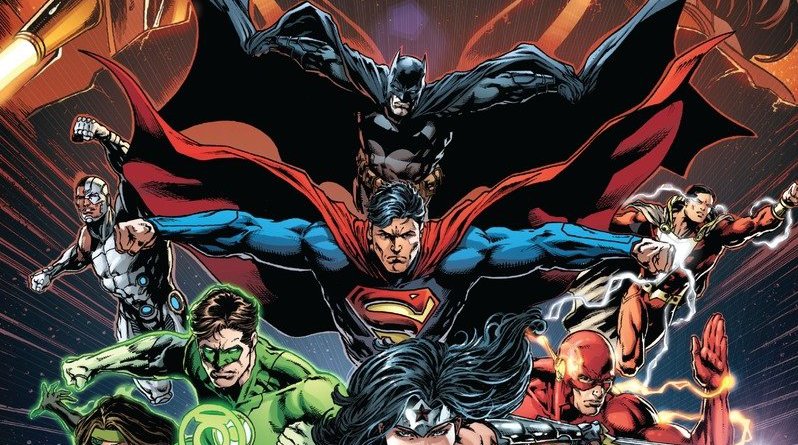 Darkseid War Part 1 was a game changer. Filled with consequences and Earth-shattering moments, the book changed the DC Universe in many ways.

The first volume contained a lot of cliffhangers and I can’t wait to see how they come to fruition in Volume 2.

As with all my reviews there will be spoilers here so make sure you skip to the end if you want to go in with fresh eyes.

With that out the way, let’s dive into Darkseid War: Part 2.

With the majority of the Justice League still under the influence of their new powers it’s up to the B-Team to save the day. Seeking out The Crime Syndicate, Cyborg, Jessica Cruz, Mister Miracle and Barda break into the prison that confines them in order to gain any information that may aid them in the battle to come. With the help of Owlman, they manage to convince Ultraman and Superwoman to join them in finally stopping the Anti-monitor and opening arc is just as much about redemption as it is action.

Reuniting the League is a task that befalls them early on and it’s that the often overlooked heroes get a chance in the spotlight. I loved that they all finally got their moment and it’s an inspired choice that may even have some readers changing who their favourite member of the JL is.

The Justice League/Crime Syndicate being forced to work together is nothing short of genius and the uneasy tension between the two sides adds a wealth of paranoia to the work. It’s a brilliant way to open the book and sets up the following showdown in spectacular fashion. I was instantly gripped to the book because of it and what follows is fantastic.

The battle with Mobius (The Anti-Monitor) doesn’t disappoint and there are a few surprise deaths that keep the action unpredictable and invigorating. Amidst this showdown, we learn Grail’s origin story and the two plot points expertly interweave with one another to provide a wealth of subtext to the storyline and why some characters have come to be the way that they are.

It all comes to a head on the battlefield and the action is kept fresh by the fact that Superwoman decides to give birth to her baby during the conflict.

The baby ties heavily into the outcome of the battle and one of the newly introduced characters sacrifices themselves for the greater good. This may be a make or break moment for some readers but I found it massively helped with the motivation of the team in the face off.

Using the death as a driving force the leaguers realise that they aren’t Gods due to the fact that Gods on watch and never intervene. The League cannot merely stand by and witness the world burn so they decide to step down from their pedestal in order to save the universe.

It’s a brilliant look at the psychology behind each member and how they all are driven to serve the needs of the many instead of themselves. I absolutely loved this revelation and they need to band together more than ever for the faceoff that follows. 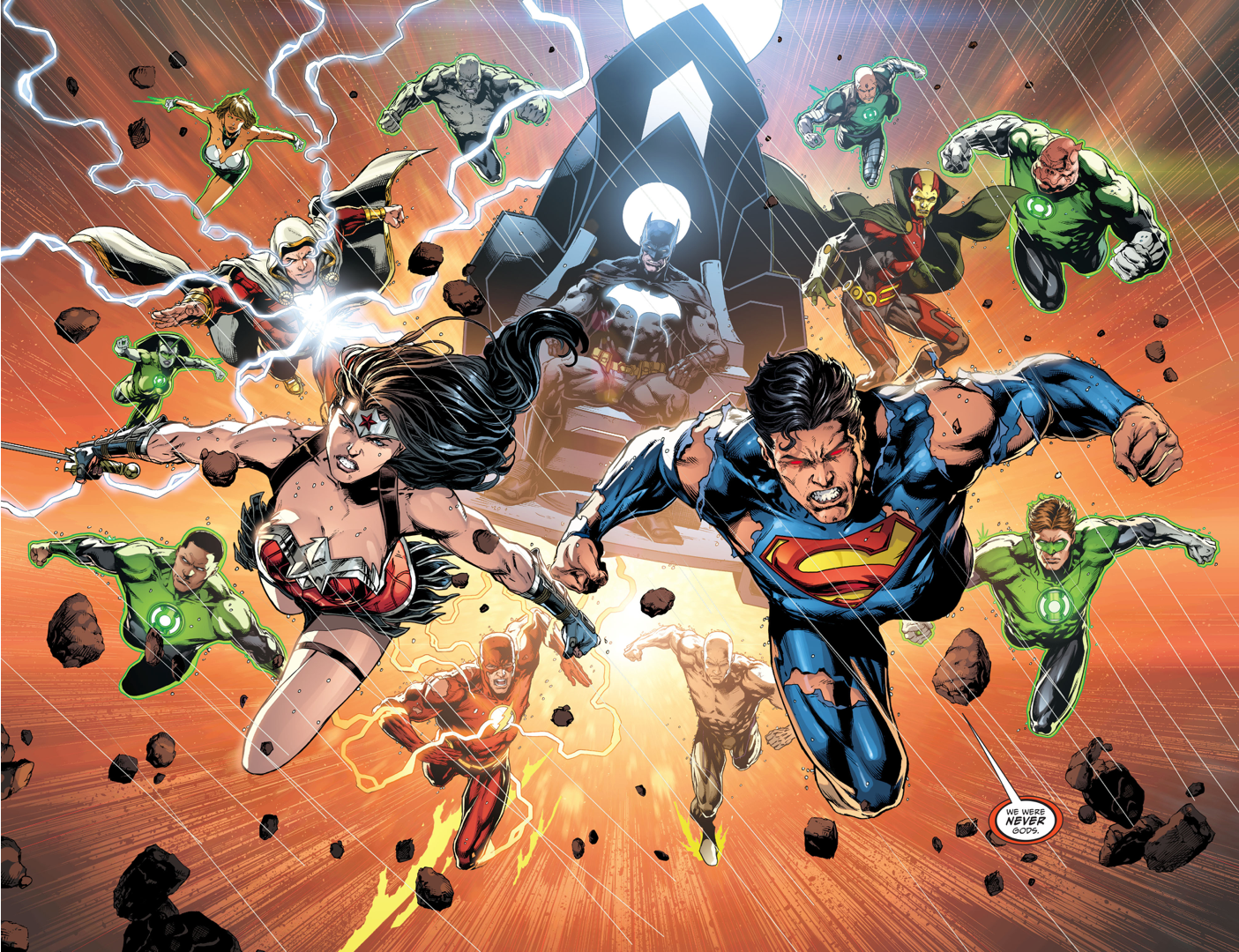 The Return Of Darkseid

A graphic novel called ‘Darkseid War’ wouldn’t be much good without Darkseid in it so as most will probably guess, the character returns from the dead. However, so little time is spent with the villain that it is a complete nonevent. Instead, Johns rushes through his reappearance straight to the redemption of Grail which is almost unforgivable. More time should have been spent with DC’s biggest and baddest so that we could have got the reasoning behind why the stakes were so high.

It makes for a disappointing climax that devolves into a ‘I can see the good in you’ type scenario that seems a little basic for just how complex the book has been thus far. Whilst I know everything had to be tied up in a neat little bow in order for the universe to continue, it’s an underdeveloped final act that ends the book on a slight dower note.

This is a shame as there was a lot to like here but the finale seems more interested in setting up what is to come rather than focusing on the actual in it. Sure it teases some interesting aspects but I would rather we got a definitive, satisfying end in what would become the Justice League’s final New 52 book.

Darkseid War goes out with more of a whimper than a bang. Expecting more from this has left me slightly disappointed but that doesn’t mean that the storyline overall has been a disaster. Possessing a lot more good than bad, there are several outstanding moments that most will remember for years to come.

My Thoughts On The Run

The Justice League New 52 run as a whole has been outstanding. Whilst there were down moments and small inconsistencies in some of the arcs, the storyline still packed one hell of a puck and overall I feel like it securely cemented itself as one of the best arcs from the era.

Never will I forget such moments as The Crime Syndicate stepping forward to reclaim the Earth or Diana and Superman soaring through the sky as they developed their relationship and I’m sure that each graphic novel will stand the test of time.

I highly recommend that you go back and check out the books if you haven’t already yet as they are some of DC’s best.