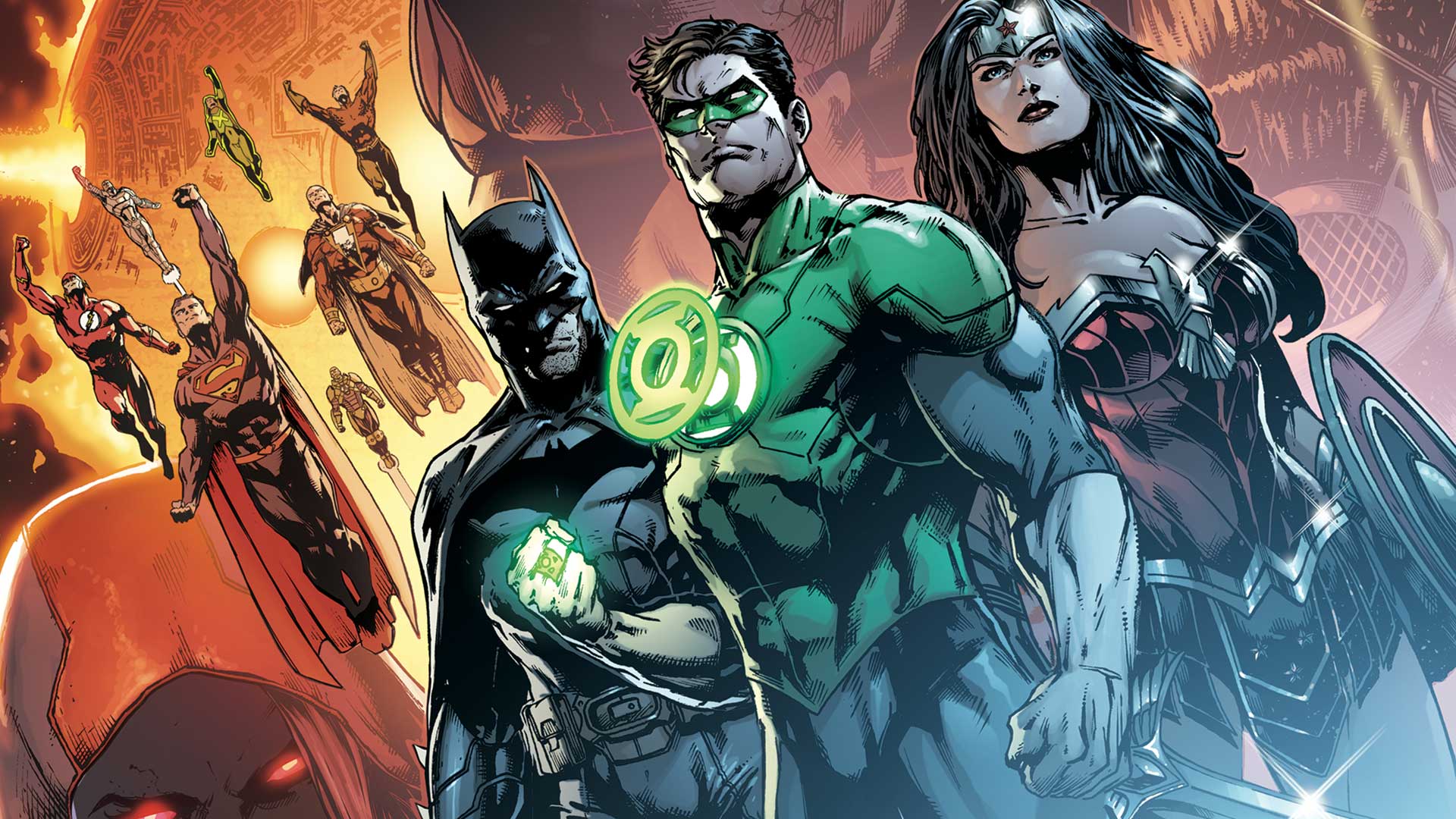 Justice League’s New 52 Series ranks up there as one of the best. It’s gone from strength to strength over the last Seven Volumes and deserves it’s standing as one of DC’s flagship titles from the era. Beginning in 2011 with Origin, the series burst onto the scene with a Darkseid centric storyline. I scored it a perfect 10/10 due to its characterisation, plot pace and action. The book went on to influence all forms of media from Animated Movies, to Games and The Silver Screen and it’s legacy cannot be downplayed.

There have been hints of a danger coming in some of the previous graphic novels and I can’t wait to see how this all pays off, especially if it means the return of The Crime Syndicate and Anti Monitor.

Whilst anticipation is at an all-time high for me, I cannot ignore the reputation this book has. Labeled by many as a step down in quality, it will be interesting to see if the story delivers the dastardly Darkseid that we deserve or if disappointment destroys the potential that DC fans desire.

As with all of my reviews, there will be spoilers throughout so it may be worth waiting till you have read the book before stopping here.

With that out the way, let’s dive into Justice League: Darkseid War Part 1!

‘A Parent would do anything to protect their child!’

Opening on the island of Themyscira we see the birth of Darkseid’s daughter: Grail. Prophesied to bring the destruction of the Universe, it’s a brilliant introduction that oozes tension and teases some of the events that will happen in this arc.

Mirroring the prophecy we follow Metron as he recounts the history of the DC Universe. It’s beautifully paced and executed perfectly. I loved seeing flashes of Crisis On Infinite Earths, Infinite Crisis and more. It showcases how much of a rich history the comic book publisher has and die-hard fans will fall head over heels with the artwork and storytelling.

It completely leaves you wanting more and I was fully invested from the off because of it. John’s and Fabok as a creative team are astounding. They beautifully handle the complex New Gods property and break down what could be overly convoluted into an easy to digest arc. Which is no simple task. 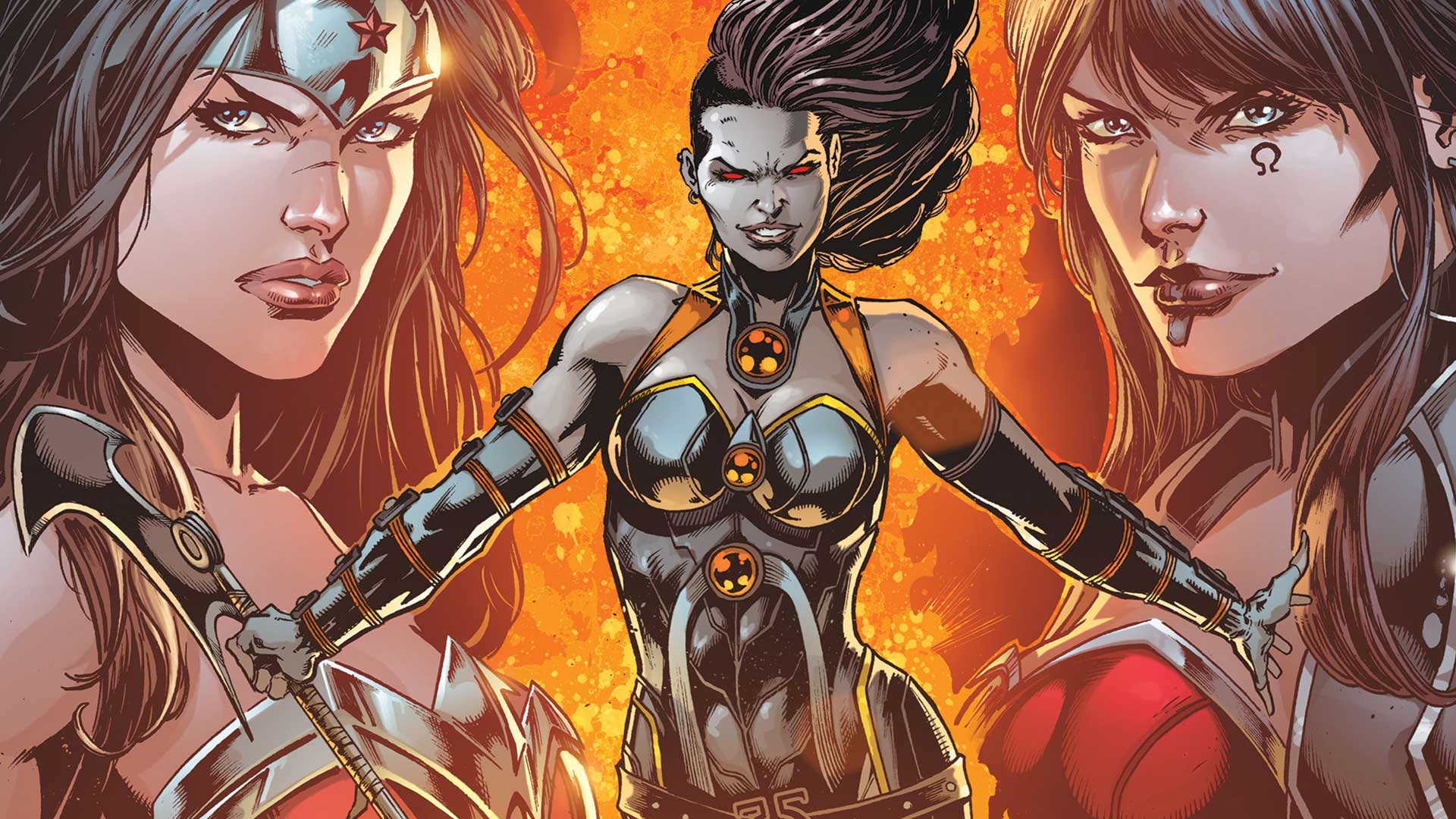 ‘I’m going to hurt you all’

We rejoin the league as they are brutally attacked by Grail. Ripping her way out of The Flash’s mouth she makes a grand entrance. I absolutely love her design and the creators have integrated Wonder Woman and Darkseid perfectly into her look. As deadly as she is beautiful, she provides a real test for the team.

She strategically takes them apart one by one and whilst normally this would have the potential to devolve into mindless action, Johns keeps the work engaging due to the constant twists and turns that surround it.

The Anti Monitor is unleashed, Lex Luthor’s sister is revealed to be a lackey of Darkseid and Batman obtains the Mobius chair, transforming into a God.

Everything feels like it has consequences and the fact that age-old characters have fresh life injected into them is a testament to the quality of the work in John’s final New 52 arc.

Trapped on Apokolips, Lex and Superman must form a tight team in order to survive. Disparate of Sunlight, The Man Of Steel gradually begins to lose his powers and if you’ve ever wanted to know if he bleeds, this Volume will give you the answer.

It’s a revolutionary situation to pit the two in and I loved watching their uneasy allegiance play out. It comes to a head when Lex realises that the fire pits of Apokolips can charge superman’s powers to the max but in doing so, he will unleash a being bent on destruction.

The two come to odds at the book’s conclusion and it’s an incredible showdown that I recommend picking the graphic novel up for alone. 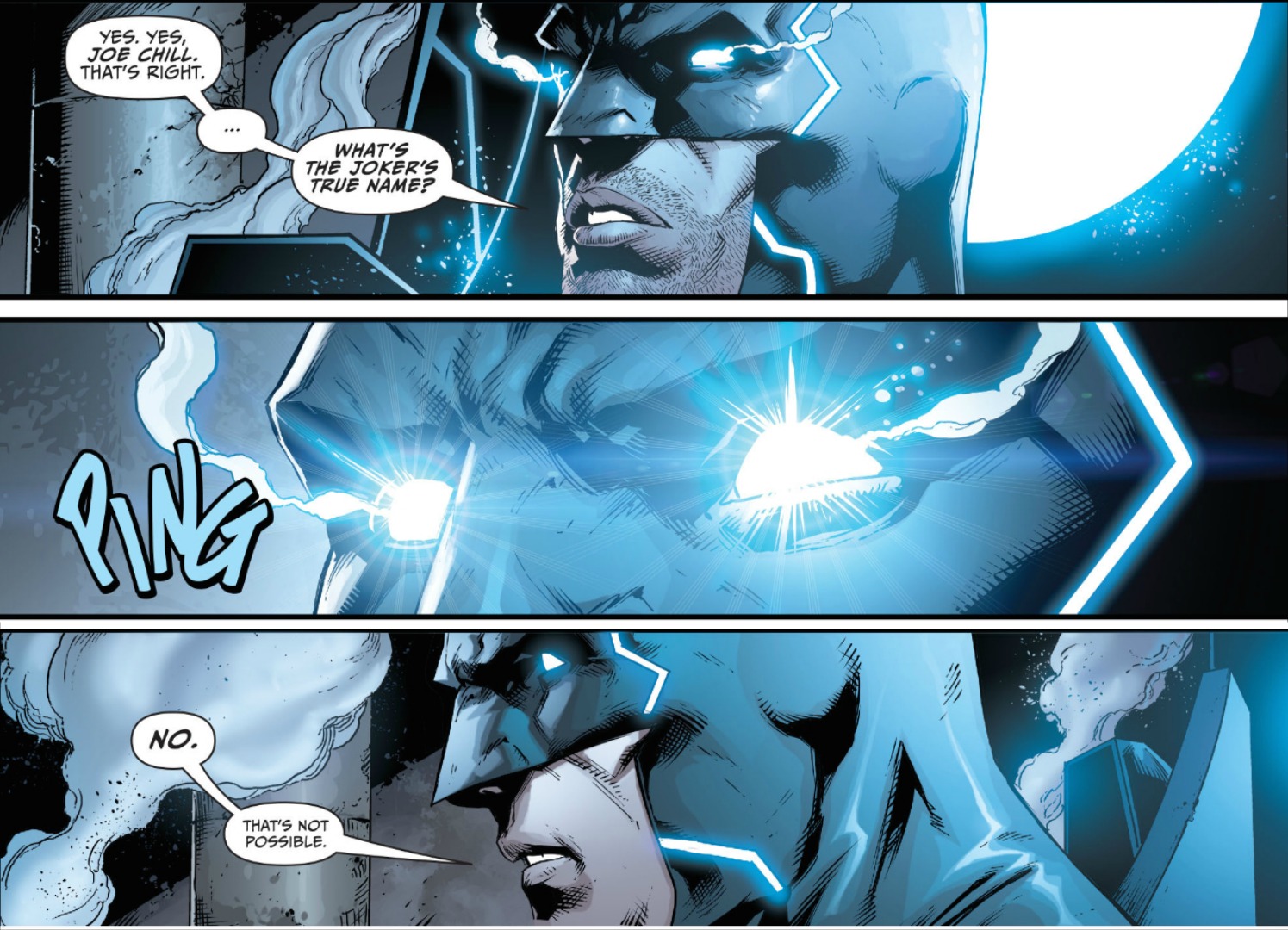 Mirroring this ascension to a being of unlimited power is Batman’s journey through time on the Möbius chair. Possessing all of the knowledge in the universe, he becomes corrupted and detached from reality.

Displaying facets of Doctor Manhattan, it’s breathtaking to get a hint at what the Dark Knight could become should he receive the superpowers that so many mock him for not having.

Venturing to The Anti Monitor’s home with Green Lantern, we witness the two discover the antagonist’s Origin. Bearing the Anti Life Equation in his veins he is able to rip through Darkseid back on Earth, killing him in brutal fashion in the midst of the final battle.

It’s an epic conclusion that is wrapped up wonderfully in the sorrowful epilogue that follows it. The League are shadows of their former selves and this bitter sweet closer shows just how much the Darkseid War has corrupted them.

Sure they won…but at what cost?

Justice League: Darkseid War: Part 1 is an incredible from beginning to end. It could be argued that this is the best JL New 52 title ever created due to its outstanding art, relentless pace and unforgettable twists and turns.

I was gripped throughout and whilst this may not be accessible to new fans, diehard DC heads will lap it up.

This graphic novel is a testament to just how good the New 52 could be and the creative team have done an outstanding job of balancing a lot of aspects that on their own would be difficult to pull off. There is very little to fault here and I am desperate to see how the arc concludes in part two.

Because of the above Darkseid War: Part 1 receives a stellar…