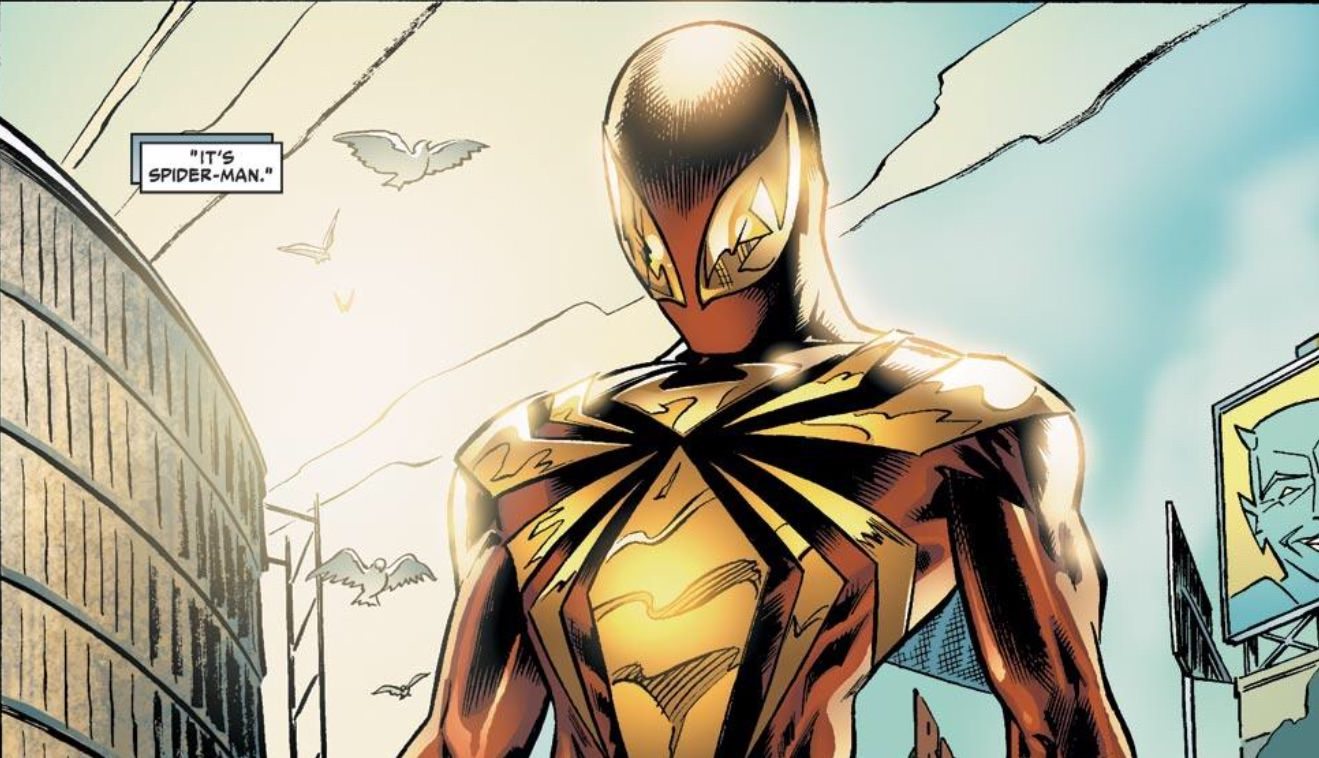 Civil War is often cited as one of Marvel’s best Graphic Novels. The critically acclaimed book went on to inspire a billion dollar movie and garnered a comic book sequel for better or for worse. It’s influence is still felt today more than ten years later and it’s clear that many other creators were inspired by the work.

But how did it all begin and what caused the heroes to turn on one another in such spectacular fashion. Here to answer that question is The Road To Civil War!

Throughout this review, I will be discussing The Road To Civil War in full detail so there will be heavy spoilers. It may be worth skipping to the score and coming back to this review once you have read it if you want to remain unspoiled.

For everyone else, thanks for still reading and let’s dive into The Road To Civil War!

Tony Stark has a gift for Peter Parker. A brand new, state of the art Spider Suit that makes tackling the bad guys easy. It’s a fantastic look to boot and instantly the book grabbed me because of its incredible design and practicality.

Seeming sincere on the surface it’s clear that Stark has ulterior motives behind the gift and he uses it to get Spider-Man on his side in time for the approaching storm.

That storm comes in the form of the Superhuman Registration Act. A new law that the Senate is passing that will require those with superhuman abilities to register their true identities with the state in order to avoid prosecution. As a plot device, it works perfectly and instantly creates a divide (even amongst the Marvel offices) as to whether the privacy one would have to give up is fair or not. It’s social commentary that still stands strong today and as a narrative stands as one of the best ideas in a comic book even ten years on. What is so phenomenal about the work is that we get to see the majority of it from Peter Parker’s perspective and this down to Earth POV on such high-level events allows it to be relatable to the everyman. It’s an inspired choice and one that elevates this prologue book to heights even the old webhead would be afraid to climb to.

Of course the road to Civil War isn’t just paved by Peter Parker’s perspective and at the midpoint of the book, we get an outstanding chapter that showcases the secret society of superheroes. Made up of Iron Man, Black Bolt, Prince Nemor, Mr. Fantastic, Professor X and Doctor Strange this ‘illuminati’ meets every so often to discuss the big events in the comic book universe to decide what course of action to take in tackling them.

Giving us a ten-year history of the group, the creative team manage to give a wealth of backstory in very little time and none of it feels hamfisted or forced. I loved watching the group debating whether they should send Hulk to Sakaar and it’s brilliant that this graphic novel manages to enhance classics like Planet Hulk without ruining or derailing it.

It manages to subtly showcase what direction the members will take when it comes to the Superhuman Registration Act and in terms of one Shot issues it rarely gets any better than this.

Reed Richards is a man torn by The Superhuman Registration Act, on one hand, he sees that it is a necessity but the doubts of what the act could incur weigh heavy on his mind. Life isn’t made any easier when Doctor Doom attack’s a secret military base that is shielding Thor’s hammer in an attempt to obtain it.

He fails but that doesn’t mean that the story is a failure itself. Whilst it leaves a lot of plot threads dangling this is still a prologue story and one would normally expect there to be more setup than payoff. This probably is still the biggest disappointment of the book but even this minor negative cannot override the quality of the overall arc.

The Road To Civil War is a fantastic opening chapter and should be deemed as required reading for fans looking to get into the overall arc. Setting up many key chess pieces, the graphic novel does an outstanding job of getting everything in place for the main act. Never will I forget the first time I laid eyes on the Iron Spider, nor watching the Illuminati form and this book has standout moment after standout moment.