Sharp Objects bows out with an incredible twist ending that has seen many viewers react in different ways.

Whilst it may have had some people immediately turning off, those who stuck around were treated to a mid-credits scene that revealed more about the season’s mystery.

Throughout this article, I will be discussing the ending of Sharp Objects as well as the post-credits scene so there will be heavy spoilers

With that out the way, I’m Deffinition and this is my Sharp Objects Ending Explained Video

Sharp Objects reveals many things about the inhabitants of the town of Wind Gap. The majority of the population are either killers or in on the murders themselves and by the finale we are lead to suspect both Camille’s mother: Adora and Camille’s half-sister: Amma.

As the season comes to a head, we learn that Amma has manipulated Adora into taking the rap for the two murders that her daughter committed.

Whilst this is very sadistic, just how manipulative Amma is gets hammered home when we witness her murdering Ann, Natalie, and her new friend Mae. 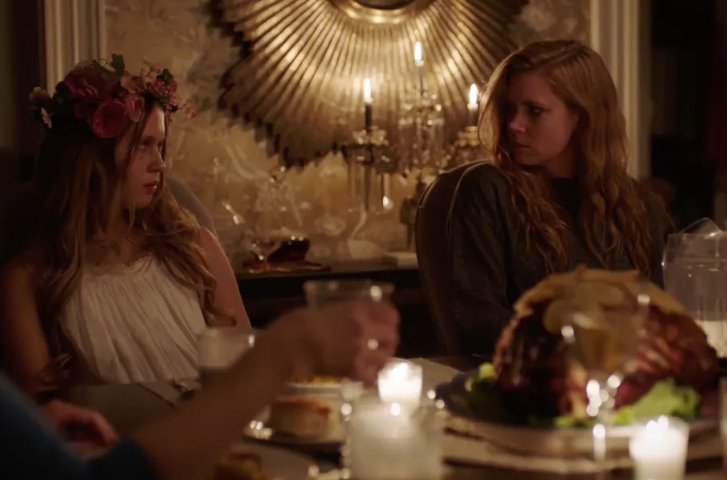 We also get a glance at two girls helping her commit the crimes and eagle-eyed viewers will instantly recognise that it is her two rollerblading buddies Kelsey and Jodes.

This makes sense as Amma would have had to have help in carrying out some of the murders and moving the bodies. Which these two probably aided in.

The post credits scene is interlaced with shots of the murders of Ann, Natalie and Mae. It also contains an image of Amma dressed in white, beckoning her friends into the woods and to their deaths. This harkens back to the opener of the finale in which Amma was dressed as Persephone, queen of the underworld. Amma mentioned earlier that Persephone relished death and this pushed her away from mortals. In her head Amma is now the queen of death, carrying out her destiny.

Similar to this isolation that Persephone faced, Camille now knows of her sisters true nature and this will obviously drive a huge wedge between them. Something that will no doubt have a huge effect on Amma as she stated that she has trouble sleeping when not accompanied by Camille.

Will her wish to become an angel of death mean that she drives all those she loves away or will she continue on her manipulative streak? We will have to wait to find out.