Skip to content
The Walking Dead: Volume 4: The Heart’s Desire ... 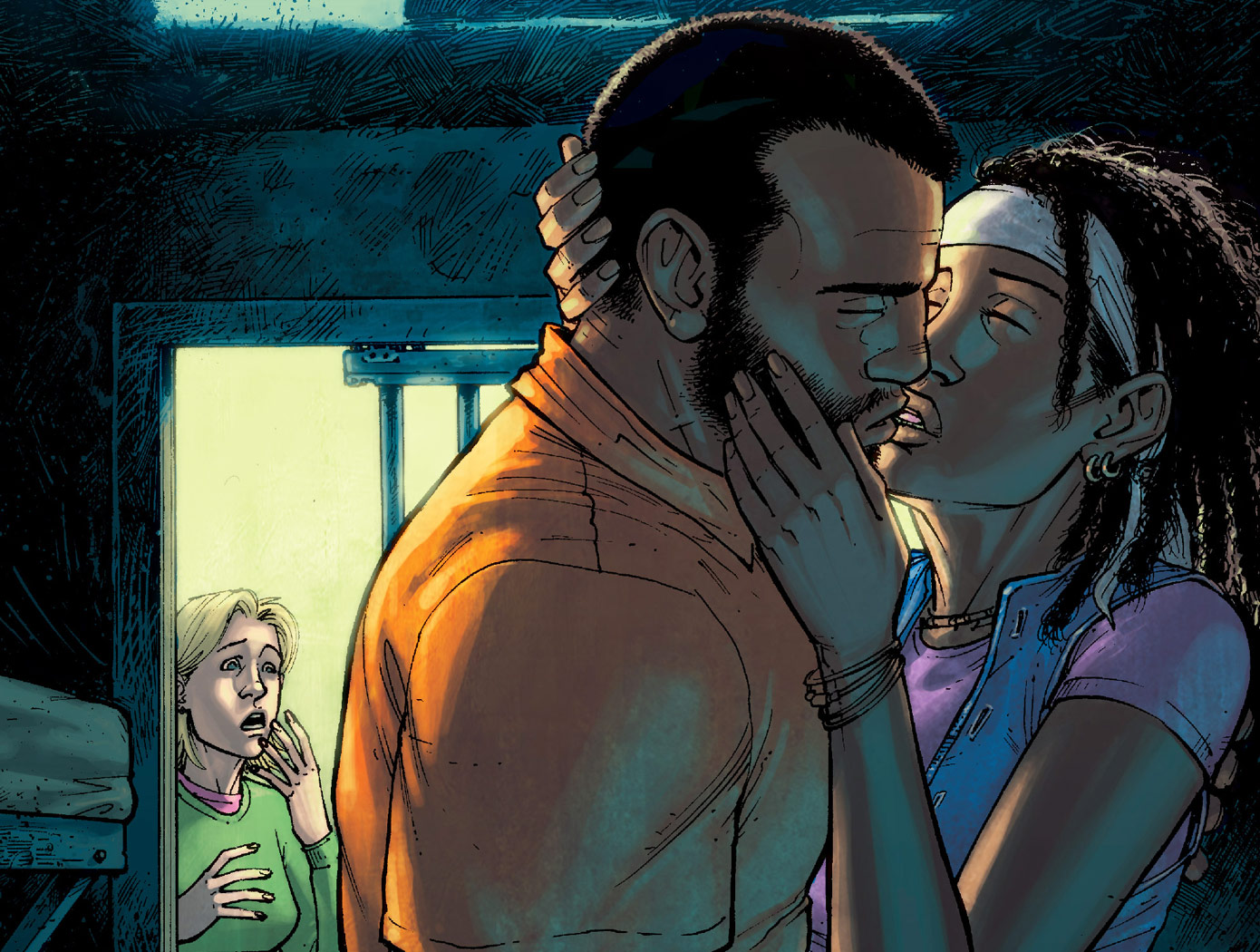 The first three volumes of The Walking Dead have been phenomenal. It’s no exaggeration to credit Robert Kirkman, The Series’ Creator, with resurrecting a dead genre (excuse the pun).

Though the book is laden with the undead, Volume 3: Safety Behind Bars, introduced perhaps the most dangerous aspect that the group has faced thus: The Ugly Side Of Humanity.

Picking up where we left off, with the group held at gunpoint and about to be ousted from The Prison, I can’t wait to see how they handle the new challenges they will face and who will make it out alive.

Throughout this review, I will be discussing Volume 4: The Heart’s Desire in full details so there will be spoilers. It may be worth skipping to the score for now if you want to go in unspoiled and I won’t hold anything against you….I promise.

With that out the way, let’s dive into The Walking Dead: The Heart’s
Desire.

The book opens immediately by teasing Michonne. This Walking Dead mainstay is a huge aspect of the TV show and is arguably its best character. Whilst the mystery that surrounds her will instantly be robbed for those with any passing knowledge of the television counterpart, there still exists a mystique to the character and readers who aren’t in the know will be heavily intrigued by her appearance.

Personally, I believe her inclusion really heightens the book and pretty early on she elevates this graphic novel to be the best of the run thus far.

She arrives at The Prison in the nick of time to save the survivors from being overrun by the undead and just oozes cool on every panel that she graces.

Beheading Zombies left, right and centre, it’s clear that she has a lot to offer the group and I loved seeing their awestruck reaction at her appearance as it massively rivaled my own.

However, Michonne isn’t the only switch up in the story, Rick too must change his stance on things and ‘The Heart’s Desire’ focuses on how the need to survive has corrupted him to the core. Murdering those who oppose him he really is a shadow of his former self and the Zombies that surround The Prison metaphorically signifies the darkness that is slowly growing around our protagonist’s soul.

The group really begin to show their true colours early on in the arc and I was shocked to see just how quick they were to give in to their darkest desires. It’s a fascinating read and left me questioning whether I would be able to retain my humanity should I ever be placed in a similar scenario.

When the survivors send a search party into the prison to look for supplies, Allen gets bitten and Rick must take drastic measures to save his life. I’m sure even lovers of gore will wince watching Rick have to decapitate his best friends leg and it’s definitely an image that will stick with most long after they put the book down.

This creates a divide in the group as most are so shocked at Rick’s actions that they can’t even comprehend how it has even come to this. One by one they come to the realisation that The World is the complete opposite of how it used to be and they give into their most feral feelings.

It’s a smart move to take this approach and it completely revitalises the work and will leave you turning page after page to see what twists are in store for the survivors. It had me hooked throughout and I struggled to put the book down, which showcases just how great this Volume is. 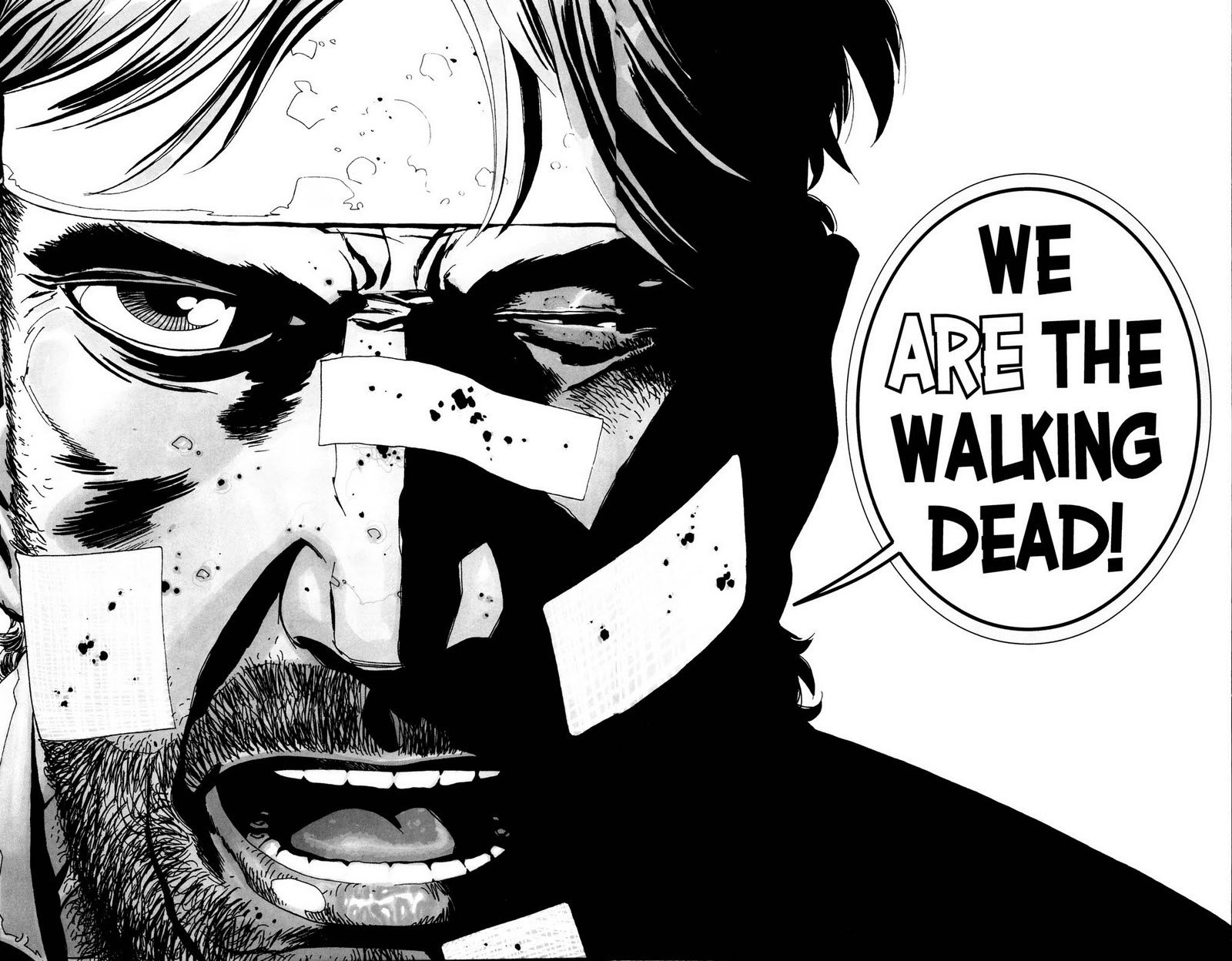 Tempted by Michonne, Tyrese cheats on Carol. This sends the latter into a spiralling depression which ends in her attempting suicide. Angry at Tyreese for almost causing the death of one of the group’s most valuable members, Rick goes on the warpath.

Fist fighting with his friend it’s clear that Rick is a man on the edge and I loved watching the wedge between the group grow even bigger. It really causes tension between the team and they see no other choice but to strip Rick of his leadership role.

Realising that they are living on borrowed time, Rick delivers a speech at the book’s climax that really hammers home just how hopeless everyone feels. His finishing monologue is a stellar piece of writing that by far stands strong as the greatest climax in the series thus far and will stick with you long after The Walking Dead. Whilst it doesn’t end on a cliffhanger, it made me desperately want to pick up the next book and you can’t really get better than that.

The Walking Dead: The Heart’s Desire is a phenomenal piece of fiction. It knocks the ball out of the park early on and switches up the dynamics of the story in an enthralling and engaging way. I’ve found myself growing ever more attached to these characters and I can not recommend the book highly enough. This is the best it’s ever been and you owe it to yourself to pick it up.