The Meg is a summer blockbuster Shark film starring Jason Statham and Ruby Rose. Early reactions to The Meg are calling it the perfect popcorn flick and the film is set to be 2018’s biggest monster movie.

Originally based on the 1997 book ‘Meg: A Novel Of Deep Terror’ the movie diverts from its source material slightly and throughout this video, I will be discussing the film’s plot and ending as well as the main differences to the novella.

There will, of course, be heavy spoilers here so it may be worth skipping this video until you’ve had a chance to watch the film if you want to remain unspoiled.

With that out the way, I’m Deffinition and I ruin the movie, so you don’t have to.

Racked with guilt after failing to rescue underwater divers, Jonas Taylor finds redemption when he is tasked with saving the crew of The Mana One. Mana One is a marine research station that is conducting scientific experiments that involve exploration into uncharted depths of the ocean.

After suspecting that one of their deep sea vessels has been attacked by a Megalodon, Mac (played by Cliff Curtis) decides that Taylor should attempt a rescue mission and sends the diver after the apparently doomed crew.

Whilst they wait for Taylor to journey from Thailand, Suyin, one of the Mana One’s crew attempts her own rescue mission. Taylor follows her and ends up rescuing other crew members, Wall and Celeste. However, Toshi, Who was a part of the deep sea dive, realises that the Megalodon will kill the rest of the crew on their return if it breaks free and, closes the passage to his ship, sacrificing himself so that the others can escape. 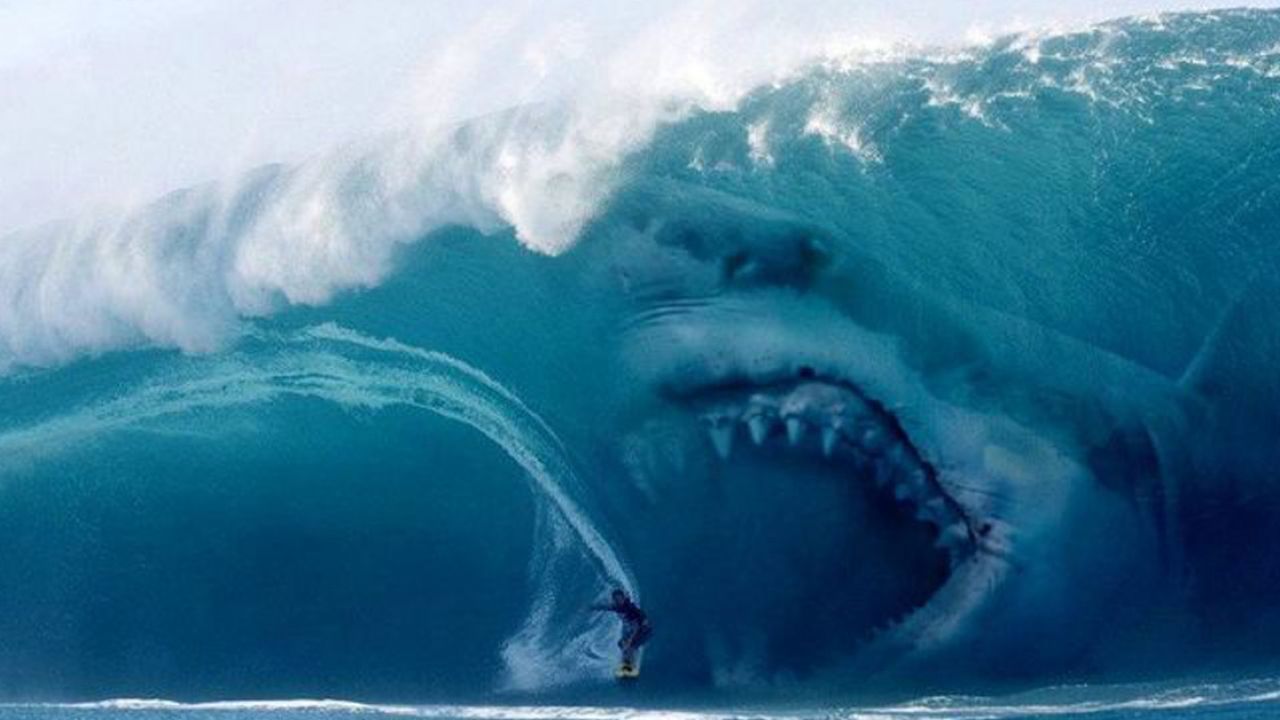 Back at Mana One, the station receives a signal that many sharks have broken through the depths of the ocean – including the Megalodon. What follows is an attempt to track down the giant beast and inject poison into it before it can reach the mainland. While the crew does succeed in doing that with a shark, a case of mistaken identity forces them to kill the wrong one and the Megalodon attacks the crew, eating and injuring several of them.

The other survivors attempt other attacks including shooting the Megalodon from a helicopter with grenades. This fails and when Taylor concludes that the Megalodon is en route to a local Chinese beach he enacts his final plan. Drawing the gigantic shark away from the beach, Taylor manages to cut the monster which attracts other sharks to it and they feast on the Megalodon, finally killing it in the process.

Whilst the story of the film follows the book slightly, there are still some major differences.

The source material has several Megalodons in it and also contains appearances from a T- Rex. In the novel’s prologue, which takes place during the late Cretaceous Period, a Tyrannosaurus Rex stumbles into the ocean and is devoured by the real apex predator of the age: a Megalodon.

Mana One does not feature in the book like it does in the film, however, Taylor does set out to rescue a doomed submarine with his friend Tanaka. In the novel, when they arrive at the Trench, Jonas and Tanaka’s son dive in small submersibles. Out of nowhere, a male Megalodon rises from the depths and kills Tanaka’s son. Pulled to the surface by steel wiring as the beast attacks Tanaka’s son a second, larger, female megalodon rises out of the Trench. She attacks the male and feeds on him as he is pulled to the surface, his heated blood protecting her from the cold water layer that has previously kept megalodons from entering the wider ocean.

An apex predator like this being introduced into the eco system of the ocean has massive effects and is one of the biggest concerns for Jonas. The Megalodon attacks San Diego, not china and the two scientists also discover that the Megalodon is pregnant.

Tanaka and Jonas manage to track down the female as she gives birth and after sliding down her throat manage to kill her from the inside.

The baby would later go on to star in the books sequel’s and the book ends with Jonas throwing the Megalodon’s tooth into the ocean, back where its belongs.

So what did you think of The Meg? Have you read the book and what did you prefer out of it and the film? Comment below and let me know and if you enjoyed this video then please like it and subscribe to my channel.

I create content like this weekly and there will definitely be something on here that you’ll love if you’re a fan of film. Recently I did a video discussing how Thanos managed to survive Stormbreaker being thrown into his chest so make sure you check that out next.

Thanks again for taking the time to watch this, I’ve been Deffinition, you’ve been the best and I’ll see you next time. Take care, PEACE!