The Suicide Squad focuses on an operation on the island of Corto Maltese in which Task Force X are called in to destroy a tower on the island called Jotunheim.

Corto Maltese has featured in several DC properties such as Frank Millers The Dark Knight Returns as well as Batman 89. Jotunheim is a name that you might recognize from Thor namely the home of The Frost Giants. The name actually pulls from Nordic mythology and it was one of the nine realms that was home to a wealth of giants and Colossal beasts. In the film we discover that this is actually a science lab from the second world war which is being used to house the telepathic alien starfish Starro The Conqueror.

Starro first appeared in Brave and the Bold #28 and since then he’s gone on to have a number of appearances in DC comics. Most of the inspiration in this iteration seems to take influence from Grant Morrisons’ seminal JLA run, namely the first volume in which Starro appeared. During that comic Starro took over a gigantic tower and it was up to the Justice League to infiltrate it and stop him. He actually managed to capture most of the members and put them under his control but Batman saved the day using his brain and it was really the first comic that showed why he was as valued as much as the super-powered individuals.

Now Unlike the comics, having a starfish attached to your face is a death sentence, and whereas it was possible to return to normality for it’s victims after it was destroyed, here if it dies you die. Now we learn that the US actually captured the creature and that they set up an alliance with the Corto Maltesers…sorry Malaysians in order to experiment on their own people. This included political opponents, journalists, and even children who were all subjected to the hive mind. Dc Villain the Thinker headed up this operation and for 30 years he studied the creature and forced people to become a part of it.

After a military coup overthrows the current dictatorship the country is taken over by an Anti-American regime that wish to use Starro to thwart it’s enemies. Waller ends up putting together a new suicide squad to go in and take down Joteneheim and destroy all evidence that the US participated in any of the experiments.

Now the teams are led by Bloodsport played by Idris Elba. We learn that he’s in prison for putting a kryptonite bullet in Superman and this calls back to the comics as being pretty much the only thing he’s known for. Bloodsports daughter recently stole a watch and because of this Waller blackmails him by threatening to throw her in Belle Reeve. It was a really nice watch yeah…could watch tv on it…like watch ey. Having that. This is much to the dismay of her underlings and we’ll talk about how they play into the post-credits scene later on.

The latter is played by Sean Gunn who also cameos as Calendar man in the movie.

I hope nobody was too attached to them as within the first five minutes most of the group end up dead after Blackguard sells them out and the majority are seemingly killed. Captain Boomerang was a big death early on and Weasel apparently drowns though we do learn in the post credits scene that the character actually survived. Personally, I believe that he will be appearing in the peacemaker HBO max series which we’ll talk about later on.

Now all this leaves is a select few and Harley is captured by the Corto Maltese forces. Taken before the president she’s told that he wishes to marry her as she will provide an anti-American symbol that the country can unite behind.

The two spend a wonderful day together but after he mentions sending kids to Starro she sees it as a red flag and kills him. Harley has come a long way since the prior movies and after her relationship with Mr. J she decides to end any blossoming romance as soon as a warning sign pops up she just stamps it down as fast as she can.

This leaves his second in command to become President and he wants to launch Starro against Russia, The US, and China.

The group manages to catch back up with Harley after she escapes and is united with a group of Freedom Fighters they capture the Thinker and then head to Jotenheim.

They split up into teams with one side going into the dirty little secret lab whilst the others plant explosives around the building.

Now this is where the truth is revealed and Rick Flag decides to expose the operation to the world, however Peace Maker wants to keep the peace and he knows that this will destabilize the US and make the country look bad. Thus he kills him and after Rat Catcher attempts to take the data. Peacemaker catches up to her but just as he’s about to execute her we see the opposite side of the plan play out and it’s brilliant how the film constantly flips back and forth between perspectives.

After detonating the explosives, the Peacemaker crashes through the tower and he ends up face to face with one another. The pair both shoot at the same time but Bloodsport is able to have his bullet travel through peacemakers because he uses smaller ones. If you’re watching this video without seeing the movie then I dunno what you’re doing but the pair are constantly trying to one-up each other and at one point Peacemaker brags about being able to shoot through Bloodsports bullet holes without leaving a mark by using smaller bullets.

Now he takes one in the throat like Ryan Arey’s mom but we learn in the post-credits scene that he’s fished out of the rubble. Both of the post-credits scenes in the movie center around two characters thought to be dead but the pair return and that is why I think they’ll both be showing up later down the line. 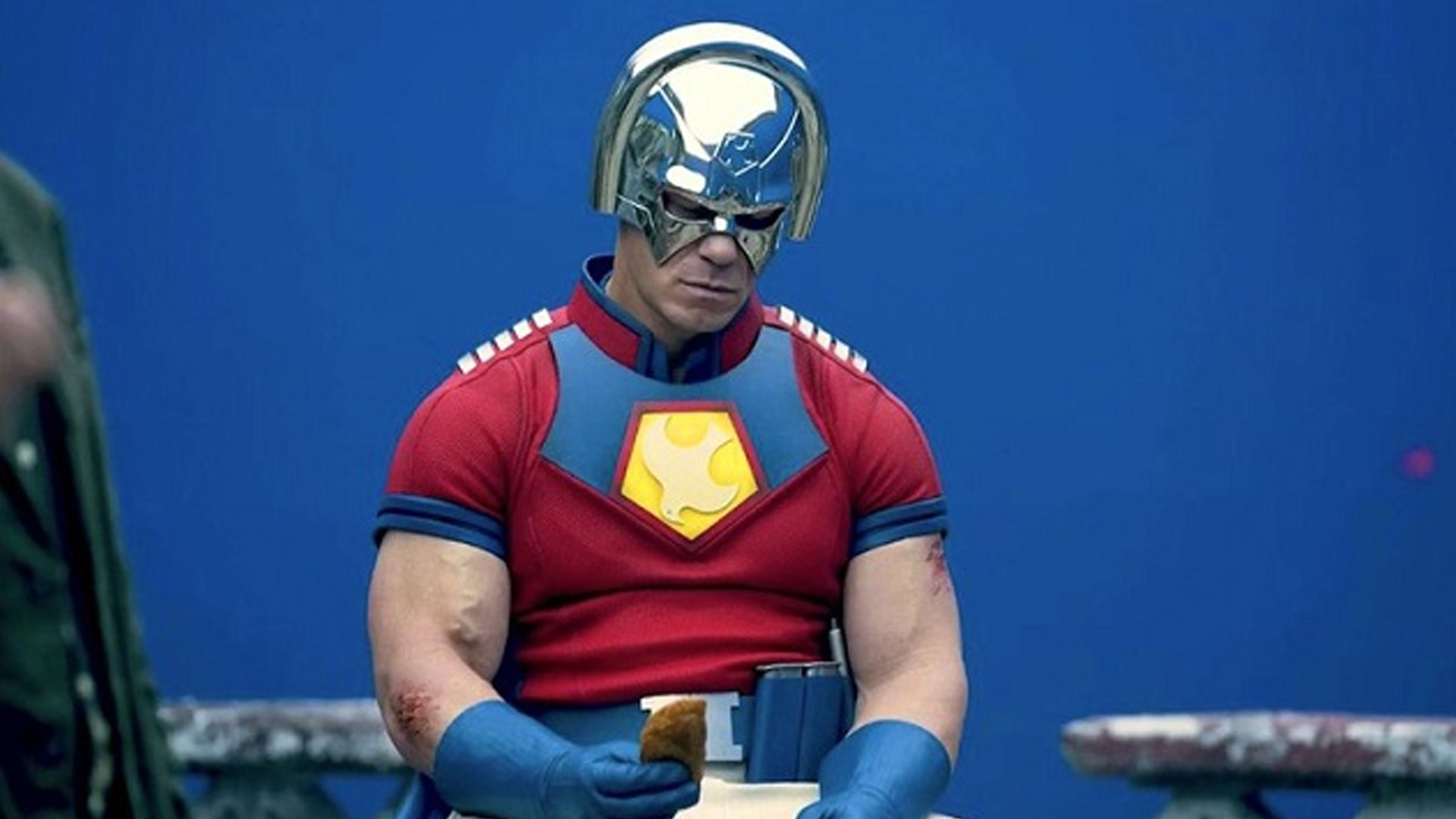 Now after Starro escapes she tells what’s left of the group to return home but the screams of the citizens being taken over by Starro prove too much for them and they head back in. Waller demands they return home but they refuse and just as she’s about to detonate the explosives in their necks their staff knocks her out.

We learn in the post-credits scene that because of this insubordination that the pair are forced to look after the Peacemaker who is in the hospital recovering.

The two characters placed in charge of him are called Agee and Holland and we know from behind-the-scenes info that the pair are set to star in the Peacemaker series coming to HBO Max. Because of this I think that they will very much be his handlers and in the episodes that they will appoint him with jobs that involve saving the f**king world.

Now Peacemaker likely wants revenge against Bloodsport and I actually think that they might have Idris Elba feature in it at some point. Though this isn’t confirmed they’re good at keeping things secret like the Taika Waititi cameo in which he’s revealed to be the original Ratcatcher.

The series is also set to explore Peacemaker’s origins and I think this will heavily center around his relationship with his father who very much helped to form his mentality. During the scene in which Bloodsport talks about how his dad tortured him with rats, Peacemaker lets off a smirk almost like he can relate to him and I think we will discover what made this super patriot the way that he is.

We know that Robert Patrick will be playing the character’s dad and with Patrick being in his sixties I’m guessing that the character will also appear in the present as well as the past.

The show is rumored to have both prequel and sequel elements which would mean that we can see a true origin story as well as where it leads to.

Potentially the show could be about why Cena hasn’t seen him in a while-which is ironic as normally Cena isn’t the one who has been seen.

Because Weasel also survives and Sean Gunn plays him I can see his brother bringing him into the series too and I think he will be back in some form or another perhaps as comic relief.

Now the movie ends with the squad taking down Starro and it very much feels like a team effort. I thought it was hilarious how throughout the movie that Polkadot man saw his mother wherever he looked and this made Starro appear as a giant middle-aged woman to him. Sadly he’s killed but he becomes a superhero which we learn is what his mother wanted him to be.

King Shark chews Starro, Harley jumps into it’s eye, and Rat Catcher 2 swarms the monster with memories of her father rattling through her mind about how if rats have a purpose then everyone does.

Waller awakens and Bloodsport threatens to unleash the data from the drive to the world if she tries to kill them and they’re freed. His daugther sees him on tv…which she isn’t watching on a watch and we end the movie with him petting Ratcatcher 2’s rat showing that he’s finally managed to confront his childhood fear. 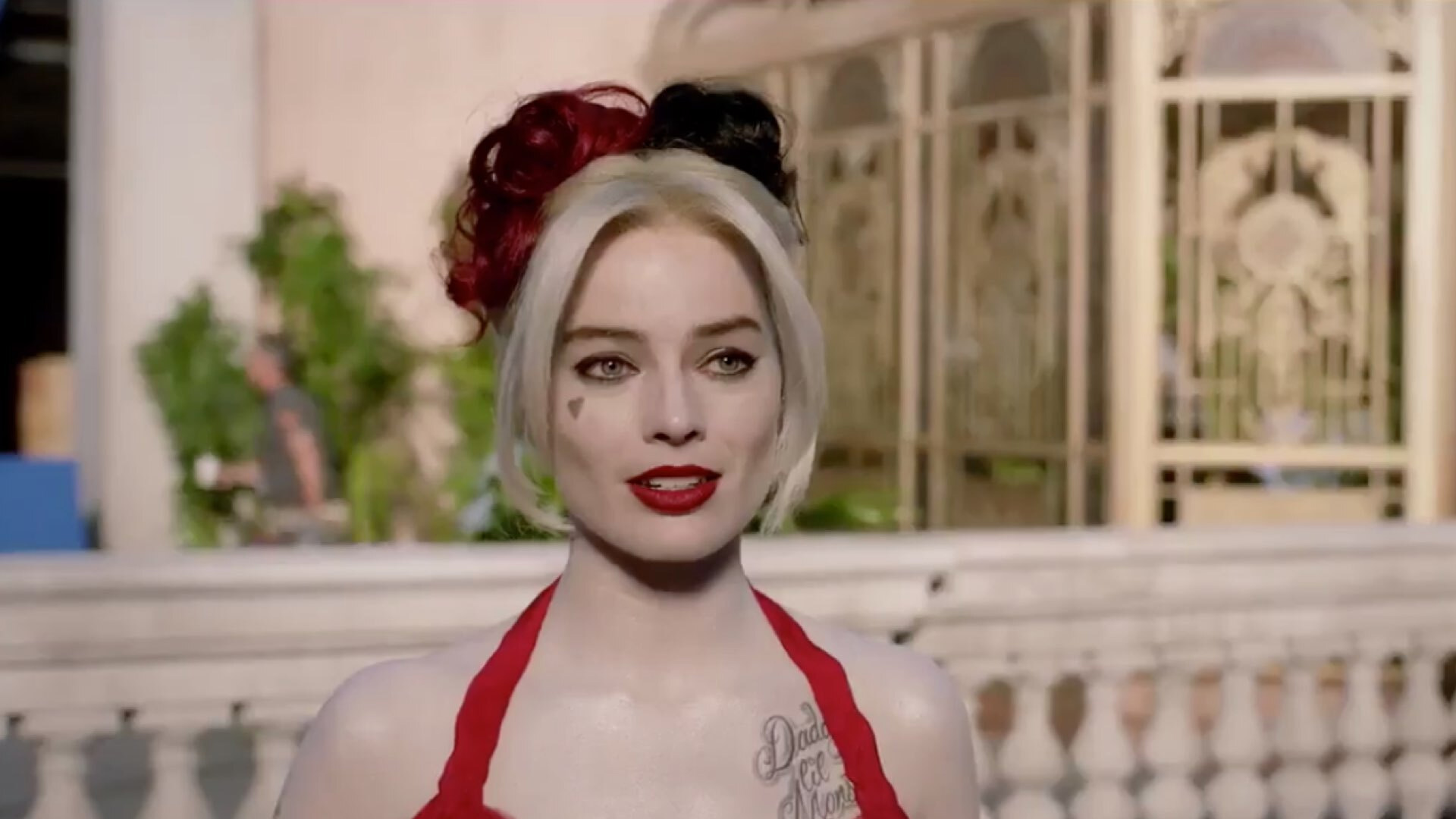 Now where the DCEU goes from here we don’t know but I really hope that the movies are this good going forward. This is one of my favorite comic book stories in a long time and it shows that DC can be amazing when it’s not trying to mimic Marvel. If all the studio is aspiring to is to be in line with them then they’ll always fall short and I’m glad they just did a balls to the walls action movie that doesn’t pull any punches when it comes to character deaths, violence and gore.

However the movie also has a heart and whereas marvel tend to downplay their emotional scenes by ending with a joke, this film allows the dramatic moments to play out so we can see the true sincerity in the scenes.

So many of these characters are incredible, especially Rat Catcher 2 who I think is the stand-out here. Her relationship with King Shark feels very similar dynamic-wise to how it was in Assault on Arkham. Margot Robbie also delivers her best performance as Harley Quinn and she adds so much more to the role here than what we’ve ever seen before. Idris Elba does a fantastic job of leading the cast and also leaving his mark and shoutouts Joel Kinnaman for finally getting to show us what he can do with Rick Flag.

Everyone is fantastic and it’s a testament to James Gunns directing skills that he was able to balance the tone perfectly as well as the action and comedy. It’s a movie that the more I think about the more I love and I can’t wait to watch this again. It perfectly captures just how frantic the comics are and feels like one of DC’s best films to date.

The Suicide Squad was amazing and it gets…

Now obviously I’d love to hear your thoughts on the movie so make sure you comment below and let me know.