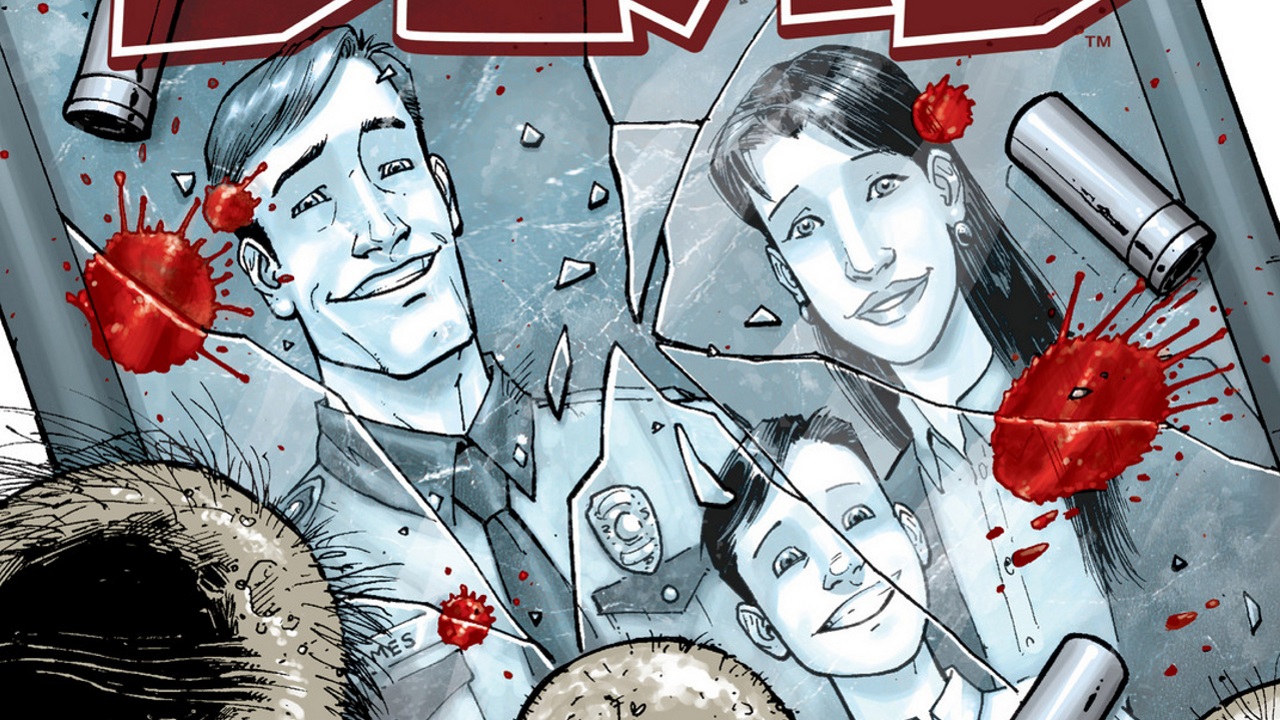 It has lost its appeal quite recently though.

With a show that is steadily going downhill, many fans have decided to jump ship from this rotting corpse and break free from the tv prison it has held them in.

That’s why I’m traveling back to the original source material to see if it still holds up or if like the show, it has seen better days gone bye.

Throughout my review, I will be discussing the first Volume of the comic book series in full detail. So make sure you avoid this review if you don’t want any spoilers.

With that out the way let’s dive into The Walking Dead: Days Gone Bye.

We follow Rick Grimes as he wakes up in hospital amidst the zombie apocalypse. This 28 Days Later inspired opening is gripping from the off and I loved the sense of wonder and fear of the unknown that lept off the page on every panel. There is a real sense of mystery to this opener and whilst it starts off as a whimper, screams are quick to follow.

As he makes his way back to what used to be civilization he encounters all manner of ghouls and corpses and there is a lot of imagery early on that will lodge itself in your brain better than one of Rick’s bullets does a zombie.

This is a real credit to the art and The Walking Dead has a unique style of it’s own that allows it to stand out from the crowd. Everything is a mixture of blacks, whites and greys. This perfectly encapsulates the work as a whole and throughout the shades of grey on the page depict the shades of grey morality wise that the characters go through. It’s a bold choice and one that definitely pays dividends in cementing the work as having it’s own signature style. 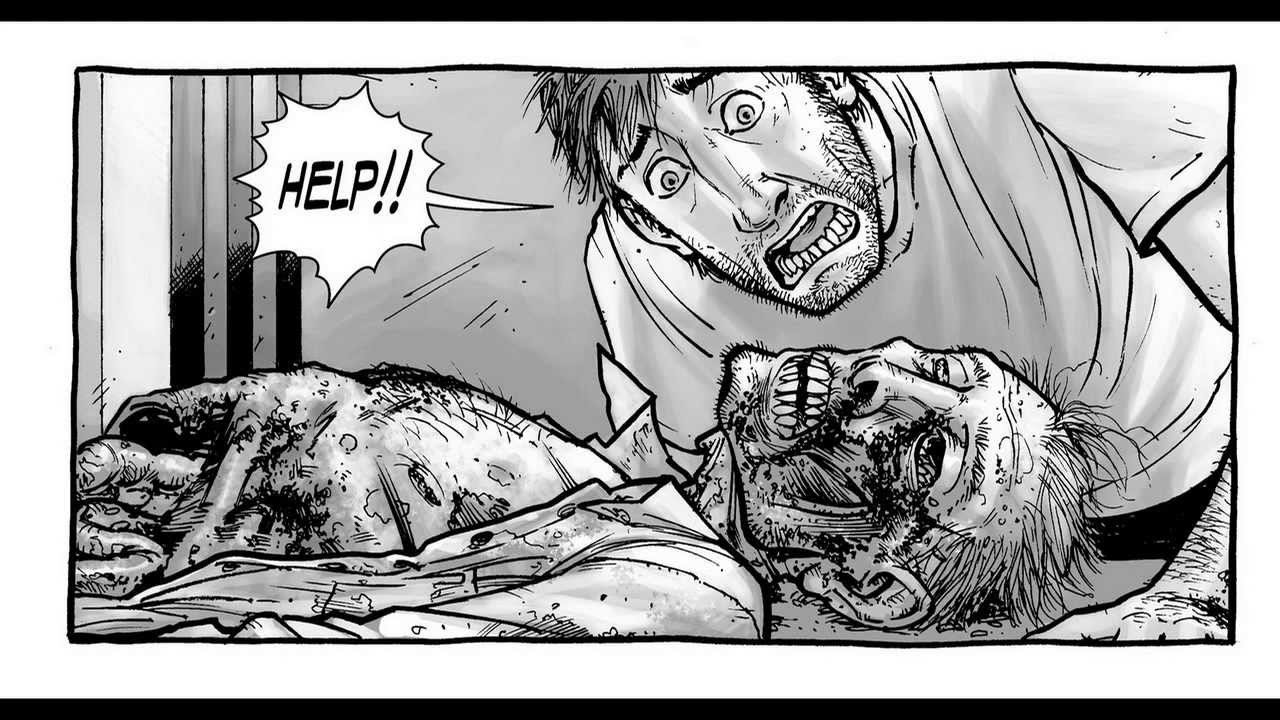 The Story Of Rick Grimes

Rick Grimes is the perfect everyman. He’s brave, brash but also possesses a sense of vulnerability. It was breathtaking to see him break down emotionally during the carnage but no matter how tough things get he always stands back up on his feet and carries on.

It’s hard not to find the survivor endearing and this first volume will make you fall in love with the character throughout. He’s resourceful, quick-witted and kind to the others that he encounters. Making him the best protagonist we could have in a story like this.

Ambushed in Atlanta by an overwhelming amount of Zombies, Rick comes into contact with Glenn, a member of a group that made it out of the city before things went to hell. Rick joins them and is reunited with his wife: Lori, child: Carl and best friend: Shane. It’s a lighter moment amongst all the carnage that delivers the book’s biggest moment of hope.

Unfortunately, It’s hard not to draw comparisons with the television counterpart. When Shane betrays Rick at the book’s climax and gets murdered for his treachery, it was a neck jerking moment. I much preferred the long, drawn-out jealously that took over the character’s mind in the TV show but what we have here is still passable, if slightly underdeveloped.

It was great to see Carl deliver the final blow on the introductory villain and it intrigued me enough as to what direction the book would take in the future and that kind of investment shouldn’t be overlooked. 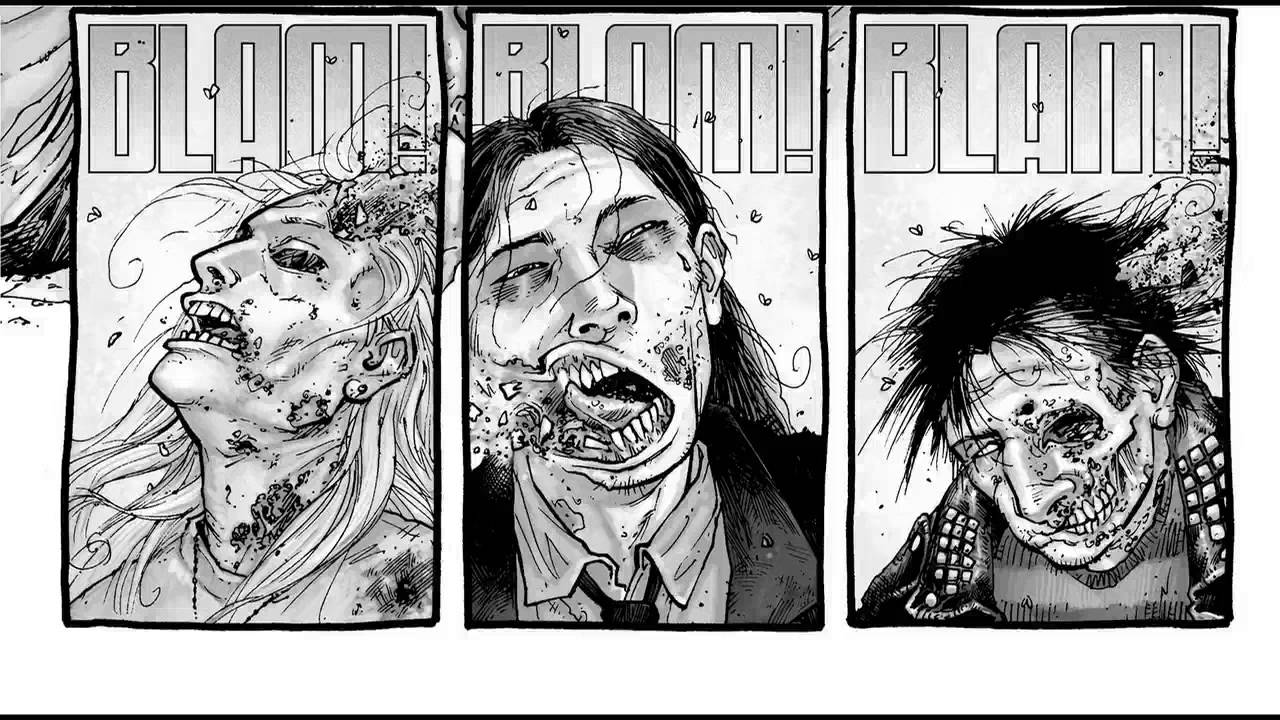 Camp of the living dead

The final action set piece centres around the camp getting attacked by a Walker Onslaught. It’s a gripping moment that enforces just how expendable every character is and hammers home that no one is truly safe. I absolutely adored this change of events and the aesthetic in the book from the aftermath of the ambush drastically changes in terms of tone and severity.

Watching their friends die matures a lot of the characters and we gravitate to even the most dislikable ones due to their fragility. Donna, whom I hated from the outset, grew on me because of her change in mind state and several of the characters evolve their dynamics in a very short period of time. This is a huge credit to just how good the writing is showcases how Kirkman manages to do so much with so little.

Things will never be the same again from this point on, not only for the characters but for the readers themselves.

The Walking Dead rises from the grave and reanimates a stale genre with this excellent introductory chapter. I was gripped throughout and all members of the creative team should be applauded for their expert balance in drama, tension action and humanity.

If you are bored of the TV show but are still interested in what directions the Kirkman epic can go, then I highly recommend that you pick this up.

You won’t be disappointed.