The first series of Moon Knight closes out with a big post-credits scene that could tease some big things for the future whilst also potentially robbing our characters of the happy ending that they got together.

The final episode follows Marc Spector and Steven Grant as they learn to live together in harmony and finally become the Ying to each other’s Yang. In the field of reeds, Marc could potentially have an eternity of paradise ahead of him but he forgoes this to rescue Steven. Placing his heart into Steven’s hand he finally frees him and after Osiris opens the gates up they are can return to the surface.

Now the pair make a deal with Khonshu to help him out one last time and in doing so they’ll finally be free. Everything seems groovy baby but big bird ends up betraying them in the end and we’re introduced to his new Avatar, Jake Lockley.

S**t thing is this is the extra personality inside Marc that had been teased throughout the season and it sets up an even bigger bad in both him and Khonshu.

So what the hell is going on?

Well throughout this post we’re gonna be breaking it all down and going over what we think the ending is about.

The first thing I wanna touch upon is probably gonna make people hate me as it’s my interpretation of the ending but I promise we’ll go through what’s more likely to be happening later on.

In his final exchange with Khonshu, Marc refuses to kill Harrow who has just had Ammit placed within him. He tells him “if you want them dead, do it yourself” and throws his weapon into the sand.

So ey, I mean he did have to get an Avatar I suppose. This is because, as we learned, Khonshu isn’t really able to affect the real world and though he can throw some bins about, he can’t actually kill people.

At this point, Marc and Steven are released and they almost immediately travel into the hospital illusion that the pair built in their mind. After breaking the fantasy they return to their home and wake up in bed with a sort of replay of the first episode. However this time there are two goldfish inside the tank living in harmony showing how they’ve learned to live together. 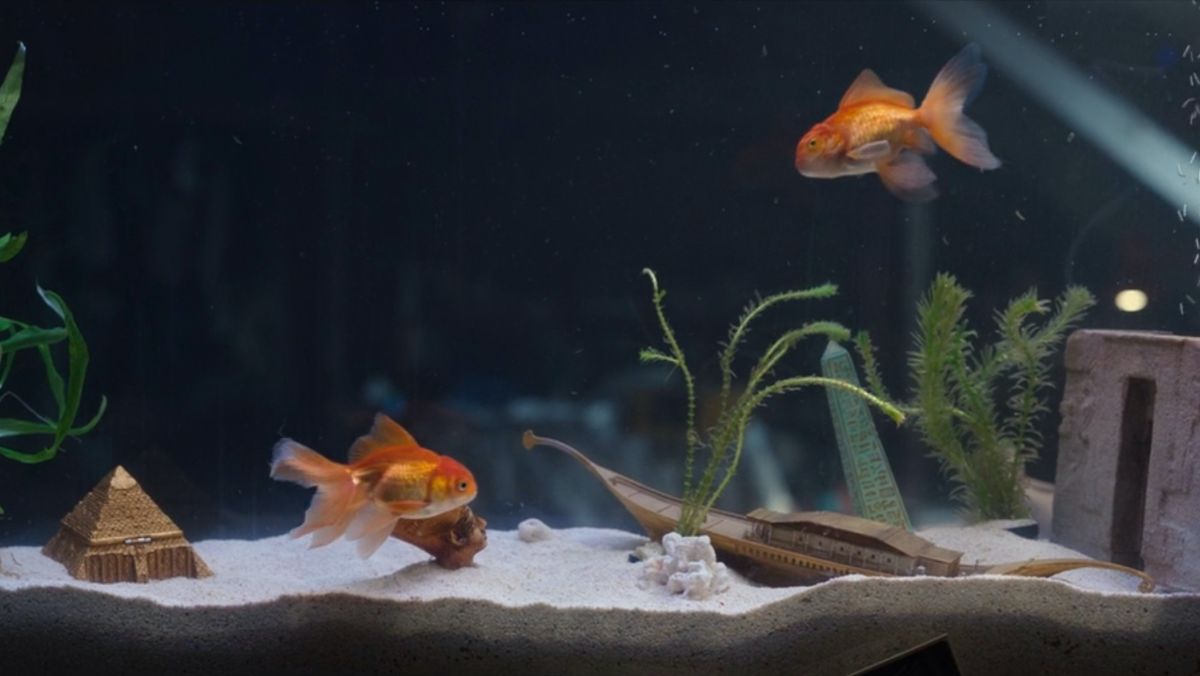 What I Think Happened

Now unpopular opinion time BUT I actually think this is still a fantasy. I think this because they go from the Pyramid to the hospital to the bed almost instantaneously. It’s like Marc and Steven beat Doctor Harrow, fall back and then wake up in bed almost like they’ve been transported there immediately. 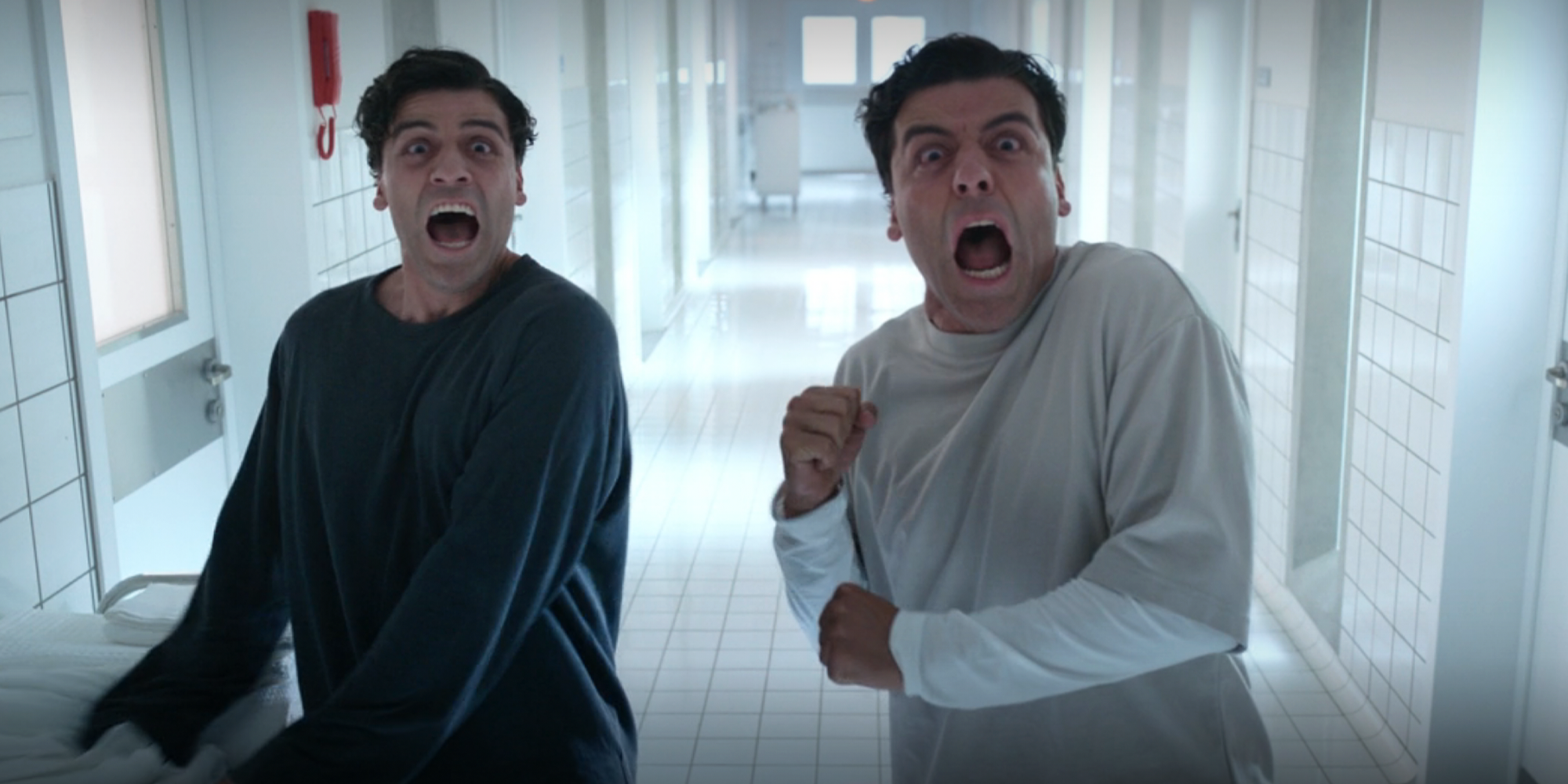 They also say “huh, can’t believe it worked”, which makes me think this moment happens straight away from when they’re released. Now the fact that their ankle is tied to the bed and someone has been out and bought the Goldfish without them knowing makes me believe that Jake would’ve done this and that he may have taken over the moment that they were released.

I kinda feel like the pair might actually be trapped in a fantasy whilst Jake is out in the real world and these quick jumps from Cairo, to the hospital to the bedroom with new stuff in it, shows it’s all in Marc and Steven’s head.

Again, controversial and I know from just bringing it up on the last video that some people hate me and just wish I’d shut the f**k up.

What Everyone Else Thinks Happened

Now the more standard way to interpret this is that it’s exactly how it’s presented and that they end up back in London.

Either way, it still sort of leads us to the same conclusion that we get in the post-credits scene, mine is just a bit more of a head trip.

In the post-credit scene, Khonshu is getting Jake to do what he wanted Marc to. He is finally killing Ammit. However, it has deeper repercussions beyond this because all of the Ennead were killed and the Gods not having any power at the moment was showcased by the fact that Khonshu turned the sky to night without anyone being like ‘ey you can’t do that.’

Now in case you haven’t read the comics, they paint Khonshu out more as the villain the further into things you get. The Jeff Lemire run revealed that he’d been watching over Marc since he was a child and that he’d deliberately fractured his mind so that he could take over. It is possible that he even killed his brother to break him further and this is why we saw an Omen outside that looked like him.

Khonshu is a bad guy, hell-bent on ruling like any of the other Gods and with them out the way in the Ennead he can now do what he wants.

Ammit is the last one who is still inside a person and this is why he sends his best man Jake to collect him from the hospital. This hospital is called Sienkiewicz and it’s named after the artist Bill who’s done lots of Moon Knight work. Much in the way that the series opened with Harrow reading with a glass of water and so on, here we see him with a cup of coffee that he knocks over before he’s taken out. He doesn’t have his cane and due to years of walking on the broken glass, he’s wheelchair-bound.

As Jake wheels him out we see several dead orderlies and he takes him to a limo with Khonshu in the back.

In the source material, Jake was a cab driver so this is kinda in line with that. They have changed things up as Steven Grant was a millionaire playboy whereas here he’s more of a bumbling but loveable fool.

Jake was never really an assassin the source material and he was more just someone who kept their ears to the street, gathered intel and kept a collection of sources like Crawley who pointed him in the right direction for things.

I think it is important to bear in mind that the characters have been changed up from the comics, so it’s difficult to guess where this is going to go. For example, the guy speaks Spanish showing a distinct difference between him, Marc and Steven. Steven was a cockney so I love the way that they all have their own voices. We did theorise throughout the series that there were accent changes that hinted towards him but I would be happy to have those cast to the side and to just have him speaking in Spanish.

Now there were of course hints towards him with the date in episode 1 being organised by someone who clearly wasn’t Marc due to his marriage. There was the fight in episode 3 which ended in a bloodbath, the sarcophagus in the hospital and when he got the upper hand with Harrow. Because of Marc not really wanting to kill I kinda feel like he was in the cupcake van too and that’s why everyone got f**ked up so badly.

Anyway, he throws Harrow in the back, kicks his chair out the way and goes and sits in the front. This limo calls back to the comics as it was Mr Knight’s ride and even the licence plate is taken from the source material. Khonshu also appears in a suit which is also a really nice carry-over from that run. 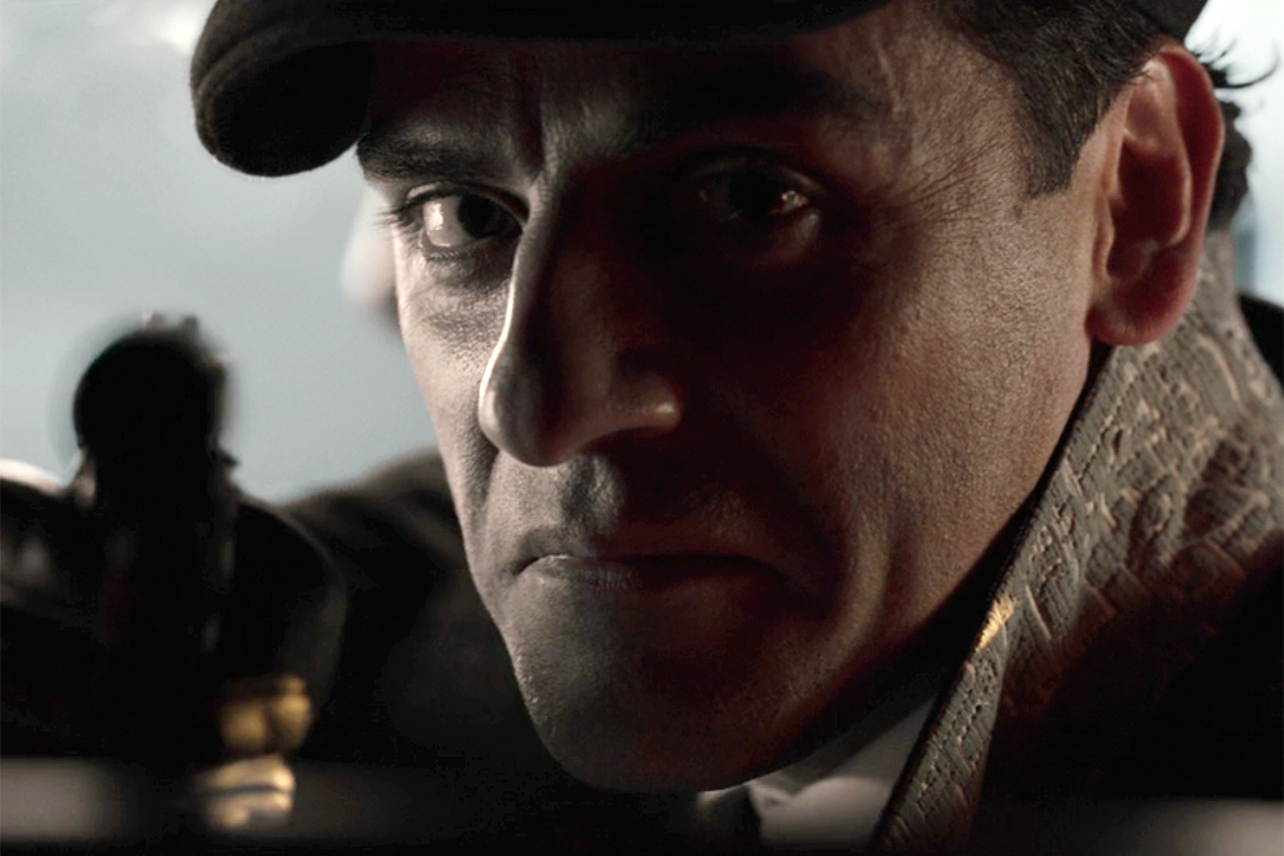 Khonshu says “Mar Spector truly believed that after he and I parted ways, I wanted his wife to be my avatar. But he had no idea how troubled he truly is.”

Turns out that Marc and Steven are completely unaware of Jake and I think that going forward they will start to find the bodies left in the wake of Jake and Khonshu’s killing spree. The God is now clearly gonna be after it all, and with Jake at his side he’s going to be almost unstoppable. This is because Marc and Steven won’t have control when Jake is leading, and it’s unlikely that Layla would ever want to kill the man she loves whose body Jake inherits.

It’s a really cool ending and we cut to several iconic locations in London as the pair drive out. You can also catch the moon in the sky, signalling an almost gangster-like dominion that has now been brought to London.

I love the idea going forward that Marc, Steven and Jake are the heroes and villains and it’s such a great idea.

Throughout the season we’ve had Marc and Steven going back and forth with each other through mirrors and we also get our first look at Jake in one. Whereas with the other two they’d see the reflection of the opposite when they looked in one, here only he stares back, showing he’s in complete control.

As of now, we haven’t had a second season announced but it definitely feels like the type of show that deserves one. All the Gods will be scrambling for new Avatars but Khonshu could prop himself up at the top. He’s likely still angry about being trapped in the statue and will do whatever he can to make sure that they don’t get back into positions of power.

As I talked about earlier I’d love the reveal that Marc and Steven were all just trapped in a fantasy and that Jake was in control. We know this show can pull the rug from under you in a second and I’d love to see a battle in their minds as they all vie for control.

Now we also have Blade and Dane Whitman on the other side of London who I think would be great characters to kinda bleed into Moon Knight. There are so many different ways that they could go with things and I feel like this is one of the best post-credit scenes that Marvel has ever put out.

It’s the perfect way to introduce Jake and take out Harrow. It also somewhat works as a standalone thing where you could just see this as the end.

However I demand more, so give us more Fiege or I’m kicking off.

I’d of course love to hear your thoughts so make sure you comment below and let me know you punk.