It’s impossible to argue that the MCU’s Infinity Saga wasn’t the most successful movie franchise of all time. It’s been difficult to escape in pop culture and there’s so much love for the series that it’s hard to really discredit it in any way, shape or form.

But how does the original source material measure up to the phenomenon that it spawned and is it worth picking up if you have a love for the films?

Well throughout this review I’ll be breaking down everything you need to know about the series as well as if you should pick it up or not. There will be heavy spoilers here so if you haven’t read the graphic novel yet then I highly recommend that you skip to the score and come back after going through it.

For everyone else, thanks for checking out the review, now let’s get into my breakdown of Infinity: Volume 1!

The book opens with Thanos’ forces, ravaging through the galaxy on a quest for tributes to present to their lord, The Mad Titan.

It’s awesome seeing Corvus Glaive get such a big part in the introduction and this massively sets the tone that Thanos isn’t just dangerous because of his power but also the power that he possesses.

On the other side of the war are The Builders a seemingly immortal race that wipe out world after world. This distracts the forces of good long enough so that Thanos is able to invade our world and the introduction of two evils really elevates the stakes here.

There’s a real sense of scale to the work that pretty much covers the entirety of the cosmos in these opening chapters and this will either be seen as a good or bad thing depending on who you ask. Those well versed in the Marvel universe will find it enthralling watching all of their favorite characters connected across one story, however, those who are newcomers probably won’t understand a single thing that’s going on.

If you aren’t a Marvel Maniac then this will probably seem overly convoluted to you and even I found difficulty at points discerning exactly what was happening.

That’s not to say it’s bad, it just moves at a breakneck pace and you better be up to speed or this book could easily leave you behind.

With the majority of Earth’s heroes fighting The Builders, Thanos’ forces travel to Earth in search of the sole surviving Infinity Stone.

They go through Marvel’s Illuminati one by one, searching for the gems and there are some awesome twists and turns, such as a betrayal by Namor, that really adds some surprises to the work.

We discover that Thanos is also on the hunt for his son and this mystery adds an extra layer to the villain that shows he’s not all just about destruction.

However, sewn throughout this storyline is, as I’ll call it, ‘The Builder War’ which is far less interesting or engaging.

It’s really baffling as to why it’s here as had the story been solely focused on Thanos then I believe that it would be far more enjoyable. Every chapter centered around The Builders feels like needless padding that you have to get through in order to reach the actual storyline and because of this, it’s hard not to ding the graphic novel. 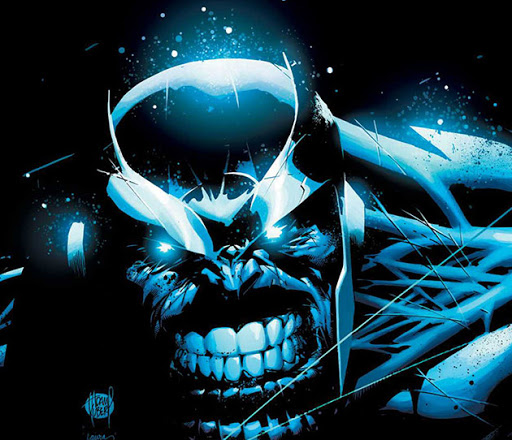 The book culminates with The Builders being destroyed by their own weapons and Thanos heading to Earth to go head to head with Black Bolt of The Inhumans.

Rather than having any meaningful conclusion though the story seems to drag on once more with all of the heroes pretty much being put back to square one which will obviously come to a head in the second volume.

Being completely honest, I’m not all that onboard with the Infinity Story thus far. Whilst I do have hopes that the work will pick up in the second collection, for the moment this seems like an over convoluted mess.

Nothing is really gelling for me right now and for apparently one of the ‘best Thanos Stories EVER!’ It doesn’t really seem to focus on the character all that much.

Whilst this may change in the follow-up, I have to judge on a case by case basis and thus, Infinity Volume 1 gets a…