We have a whole host of new leaks and plot details about all of the upcoming Marvel Phase 4 Movies and Disney Plus Shows.

Throughout this I’m going to be going over everything you need to know about the news as well as what we can take from it.

Whilst these are leaks and should be taken with a grain of salt, there may be some spoilers here and if they turn out to be true and you don’t want anything potentially ruined about the upcoming films then I highly recommend that you turn off now.

With that out the way I just wanna give a huge thank you for clicking this, now let’s get into my breakdown of The Phase 4 news.

Ok so the Phase 4 updates come directly from the 4chan TV board and cover pretty much every upcoming project.

The first announcement says that in Black Widow, Natasha’s father will be played by Ray Winstone and the movie will showcase a lot of his relationship with the titular character. Isabela Moner also plays a new KGB recruit, mentored by David Harbour’s Red Guardian.

Next up is the Eternals and apparently the main plot of the film will center around Black Knight and Sersi’s relationship. In addition to this Adam Scott and Brendan Gleeson are cast as Eros and Zuras. 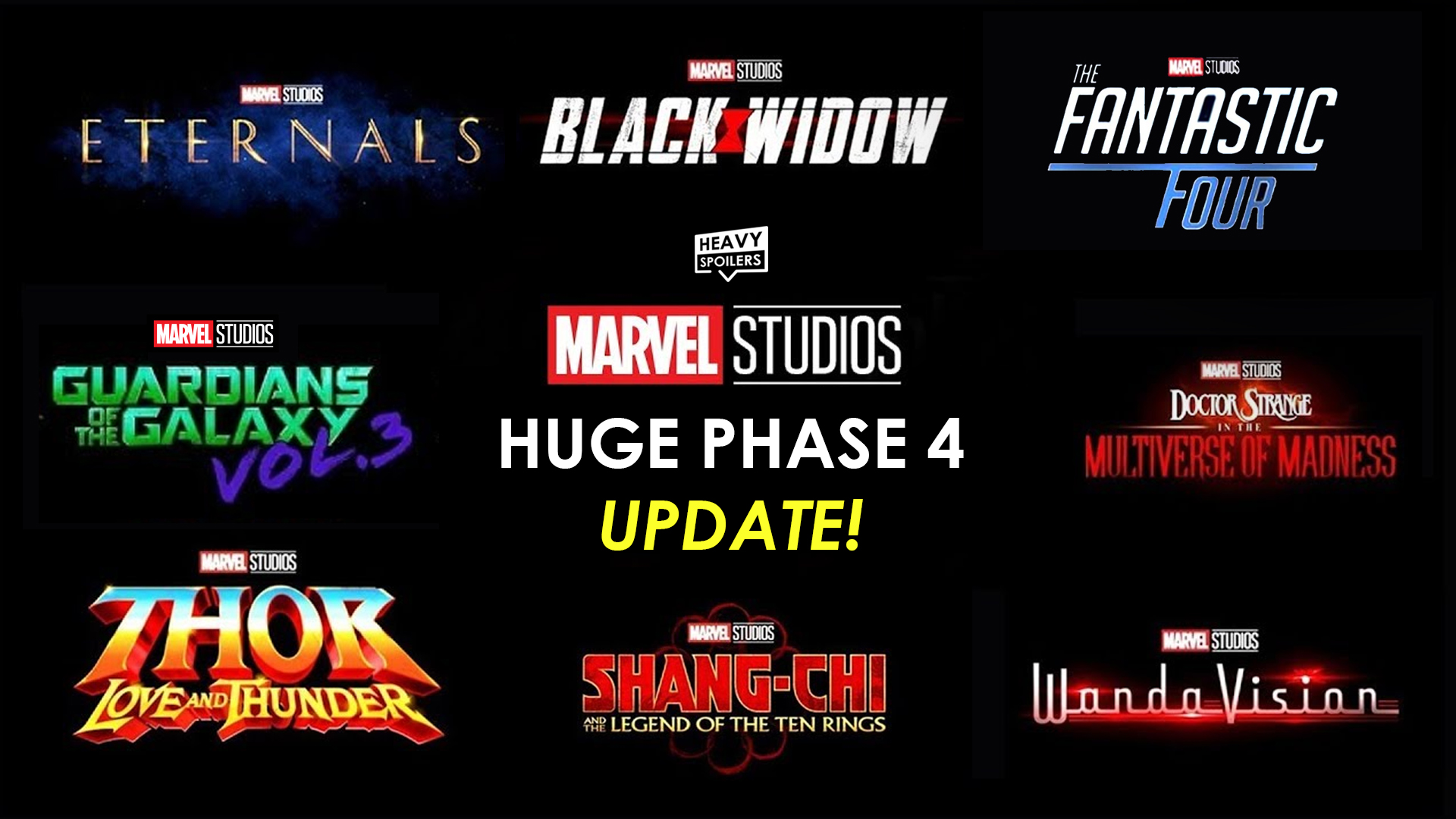 Shang Chi And The Legend Of The Ten Rings

Next up is Shang Chi and The Legend of The Ten Rings and this actually has quite an interesting aesthetic to it. Ten Rings is supposedly set before Endgame but after Infinity War. The report says that there is little to no connection to the MCU besides the Ten Rings however they may use the rising gang warfare to explain why Hawkeye is in Asia in Endgame. Whilst the locations may be different in the endgame and the Ten Rings, the movie has the potential to set up the gangs that we see the character fighting in that film and I think it makes sense to explain why Hawkeye felt the need to go vigilante on a worldwide scale.

Doctor Strange In The Multiverse Of Madness

Doctor Strange in the Multiverse Of Madness features the return of The Ancient One and Quicksilver. This is interesting as there were rumors that Scarlett Witch could be the Madness in the title and we have heard leaks that the film is about her tearing across the multiverse. This could potentially allow her to pull a version of her brother out of an alternate timeline. We don’t have word on how she gets Vision back either and if she pulls him out of an alternate timeline then you could see how this would seem like a one size fits all solution to her problem. This has the potential to be what’s causing her madness as she potentially tries to fix all of her problems and right the wrongs in her life at the expense of other universes.

David Tennant is also apparently the studio’s number one choice for Nightmare.

Next up it says Spider Man 3 was planned to come out in July 2021 before the Sony/Marvel deal fell apart. This comes in the wake of Sony saying that the door is now closed on the deal and it looks like they will be going forward with the character.

Thor: Love And Thunder takes place 95% in space and it will also see the return of Peter Dinklage returns as Eitri. Chris Pratt has a small appearance as Quill and Taika Waititi wants Ryan Gosling and Finn Wolfhard for roles in the film. I definitely think that Pratt will feature in the film as will the rest of the Guardians especially with how Endgame finished up so this seems really likely.

Next up the report said that the Fantastic Four film is the February 2022 release. We did get an announcement of Black Panther with two other unannounced films so it looks like this makes sense. The X-Men reboot is also a high priority for Disney, with them wanting it to be released no later than 2023.

Black Panther 2 will be about Namor taking over Wakanda and Micheal B Jordan has a minor role as Kilmonger possibly featuring on the spirtual plane as he was the king of Wakanda, even if the reign was short lived.

Guardians of The Galaxy Vol.3 is set to be released in July 2022. Lucas Till, Dacre Montgomery, and Zac Efron all met with James Gunn about playing Adam Warlock Mark Hamill is in the film as The High Evolutionary.

And That’s all of the news updates that we have. Whilst we will have to wait for trailers and the movies themselves to see if they are true they all seem quite likely and tie in with a lot of the leaks that we’ve had so far. I’m actually really excited for Shang Chi and Doctor Strange Two In The Multiverse Of Madness which from these leaks sound really exciting. I think that they have the potential to be some of the most unique superhero films ever made and I’m massively hyped for them.

Obviously I’d love to hear your thoughts on these updates and if they make you more hyped for the films or not. Comment below and let me know!