Skip to content
Game Of Thrones: Book Vs Show Differences | The...

With the Game Of Thrones TV show now at an end, I thought I’d go back and review the major character arc differences between the source material and it’s adaptations.

Whilst George RR Martin has not finished his epic saga on the page, we can still compare the work with the show as there is quite a lot of differences in place.

Throughout this video, I’ll be breaking down everything between characters like Catelyn Stark, Daenerys and more.

This is full spoilers ahead, so if you aren’t fully caught up with the book or tv show then there may be some things that are ruined for you here.

With that out the way I just wanna give a huge thank you for clicking this video, I hope you enjoy it, now sit back, relax and let’s get into the major book and show differences.

Jon Snow is a character that has had some pretty major changes from his personality in the source material. In the original works, Jon is only just about 16 at the beginning of it whereas Kit Harrington was about 25 when he started filming. In the works, this makes more sense as it’s almost a right of passage that he is sent to the wall, whereas in the show it just comes across as someplace that he is forced to go.

In addition to this, in the books, Jon is a warg, similar to Bran and due to this he can also possess and control animals. Jon also has the ability to see the future and there are several aspects in the books that he prophecies far in advance.

This, of course, is really similar to Bran and it’s clear that for the show they switched several aspects into Bran’s character and gave Jon pretty much ground level powers and abilities.

Next up is Tyrion Lannister who is arguably the most departed from his original portrayal. In the show, Tyrion is a wise, thoughtful and kind man that is willing to make major sacrifices in order for the greater good.

Juxtaposing this, in the novels he sends several characters to their death without any guilt and when discussing getting revenge on Cersei he states he wishes to rape and murder her.

In addition to this, the books portray him as a deformed dwarf who has one black and one green eye. During the battle of Blackwater, his nose was cut off and the hideous character is seen as grotesque by societies standards.

Which ties into our next character.

Shae is very far detached from her show counterpart but with the prior description of Tyrion, you can’t really blame her.

In this show, it’s clear that she’s very in love with Tyrion which makes her betrayal so heartbreaking at the end. However, in the novel, it’s clear she’s just using Tyrion for his wealth and status and really has no real feelings towards him. 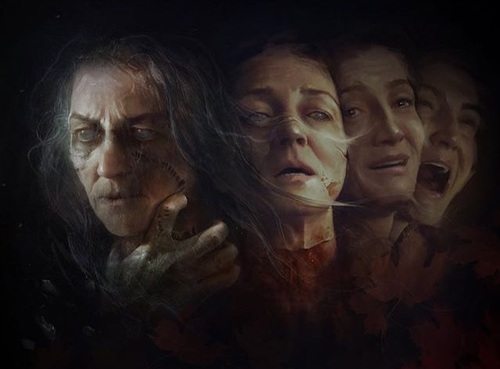 Catelyn Stark is massively massively different from her source material version. Whilst up until the Red Wedding things are pretty similar to the source material, including her fate, it’s upon this moment that things change massively.

In the novels, her body is brought back to live by Beric and she spends the rest of the series as the undead who will stop at nothing to get revenge for those who betrayed her at The Red Wedding. In her new alter ego Lady Stoneheart she exacts brutal deaths in a conquest to get vengeance for her son.

Adding more to this, Catelyn can’t speak unless she holds her throat as it was cut open and yeah…it’s just very very gory.

Ramsay Bolton is arguably one of the show’s biggest villains and in the books he’s even worse. In the novels, Ramsay is an ugly, slope-shouldered man that takes out his shortcomings in life on other people. He makes his wife have sex with his dog and also kills several of the Bolton sons that may be a threat to his ascension to the throne. This is a bad bad guy and he’s even worse with Theon.

Basically, the book version makes the show look like Mother Theresa and his sadistic side knows no boundaries as he becomes one of the biggest threats in Westeros during his lifetime.

Daenerys arguably has one of the biggest departures from her book counterpart, the character is described in the stories as being the most beautiful woman, however, she loses her hair throughout the run due to being burned so many times.

Juxtaposing her depiction in the show, Dany is a total pacifist and would definitely have no mad queen moments as she is staunchly against her father’s actions.

The show did a 180 on this and it’s arguably the biggest point of contention with her depiction and is often the motif that people go to when criticising the finale. I think it’s pretty fair to say that RR Martin will be doing a different ending when he eventually gets round to ending his work and that it won’t take this route with the burning of King’s Landing not really being in her nature.

Overall those are the biggest changes from the books and the character depictions in the show. If you’ve got any other differences that you think should have been included then make sure you leave them in the comments below as I’d love to read them.