Skip to content
Every Upcoming DC Movie In Production | Batman,...

With Crisis On Infinite Earths knocking it out of the park this week due to its awesome finale, DC fans are now looking to the future to see what’s in store for the universe.

Throughout this, we’ll be breaking down all of the upcoming DC Comic Book Movies and discussing their release dates and what we can expect.

There may be some spoilers here, so if you don’t want anything potentially ruined about some of these movies then I highly suggest that you turn off now.

With that out the way, I just wanna give a huge thank you for clicking this, now let’s get into our breakdown of the upcoming DC slate.

Ok so first up is Birds Of Prey or to give it it’s full title, Birds Of Prey and The Fantabulous Emancipation Of One Harley Quinn.

The film is due to be released on February the 7th and with it being less than a month away at this point, there’s actually quite a lot that we know about the movie.

Margot Robbie will once more be reprising her role as Harley Quinn and she will be teaming up with Mary Elizabeth Winstead’s Huntress, Rosie Perez as Detective Renee Montoya and Jurnee Smollett-Bell as Black Canary.

According to leaks the film is going to center around a young Cassandra Cain stealing a sex tape from Black Mask and after he orphans her, she goes looking for help.

This puts her on a path with the newly single Quinn and together they team up with other people that mask has wronged in order to take him down.

Whether the movie is any good we don’t know yet but there are rumors that this film will kill off Jared Leto’s Joker so DC can bring across Joaquin Phoenix’s version of the character to the main universe.

We will find out in less than a month but this film is going to kickstart the 20s on either the right or wrong foot for DC.

After this comes Wonder Woman 1984 which is due to be released on June 5th.

Diana Prince aka Wonder Woman is arguably the DCEU’s most popular character at this point and even the underperformance of Batman V Superman couldn’t stop Gal Gadot from shining in the role.

The Patty Jenkins directed film has been fast-tracked and is going to take place in the 80s during the final days of the Cold War.

Pedro Pascal is playing Maxwell Lord and according to leaks he commissions Kristen Wiig’s character Barbara Minerva to search for a mystical stone that makes wishes come true.

Minerva finds it and wishes to become a superhero and this transforms her into the villain The Cheetah.

Angered at Lord she tries to kill him but he hires Wonder Woman saying that in exchange for her protection he will grant her one wish which she uses to resurrect Steve Trevor…I almost said Steve Rogers there.

Due to the phenomenal trailer, Wonder Woman 84 is building a lot of hype around it and it could usher in a new era for the DC characters. 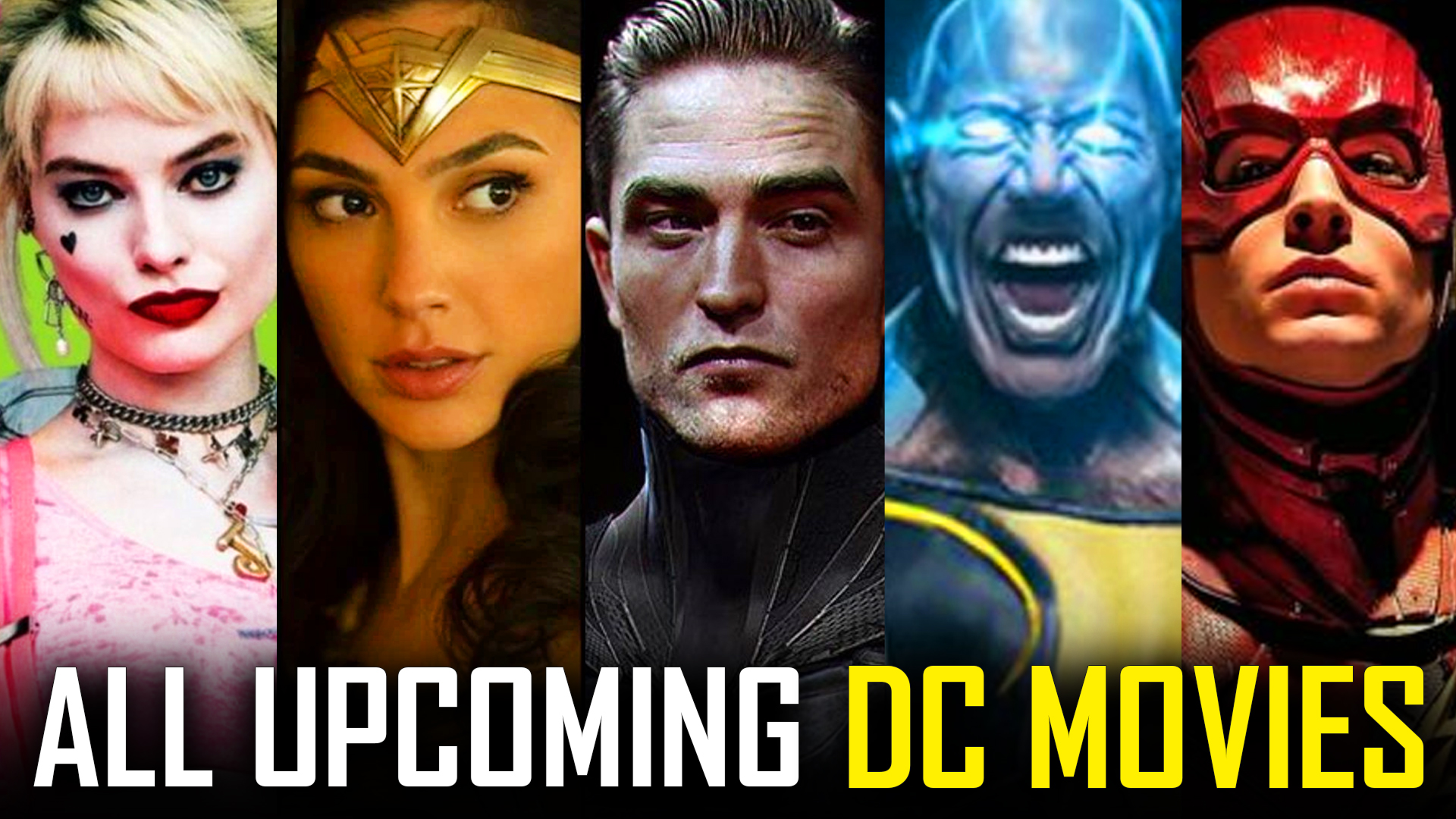 After this, DC have over a year-long hiatus before we get the Batman which is going to release on June 25th 2021.

Ben Affleck was originally signed on to write and direct the project but after things fell apart, Warner Bros decided to bring Matt Reeves to oversee the project and he went in a different direction, casting Robert Pattinson as the Dark Knight.

The film is currently shooting in the UK right now and over the last couple of weeks, we’ve had behind the scenes photo that show Pattinson as well as Colin Farrell as the Gotham Crime Boss The Kingpin. Jeffrey Wright is playing Commissioner Gordon and Zoe Kravitz is playing the role of Selina Kyle.

The movie is reportedly going to be following the story of The Long Halloween and there are rumors that we will be seeing both the bat-suit and batmobile as the film is shooting exterior night scenes on the streets of Glasgow right now.

I’m massively hyped for the movie and out of all of these, it’s probably the one I’m looking forward to the most.

After this comes The Suicide Squad. After James Gunn was fired by Disney, DC quickly snapped him up and though he has signed back on with Marvel to direct Guardians Of The Galaxy Volume 3, he is very much putting all of his efforts into this follow up.

The first Suicide Squad underperformed and Gunn is hopefully going to break life back into the franchise with a wealth of characters.

Margot Robbie will return as Harley Quinn, Joel Kinnaman is back as Rick Flag, Jai Courtney is returning as Captain Boomerang and Viola Davis will be overseeing the mission as Amanda Waller. There’s also a lot of new names heading up the project such as John Cena, Idris Elba, Nathan Fillion, and Michael Rooker and all in all it seems like it’s gonna be a great film when it releases on August 6th 2021.

Just when you think 2021 wouldn’t get any more packed, Dwayne The Rock Johnson will finally be making his debut in the DC Universe as Black Adam on December 22nd 2021.

The character was supposed to debut in Shazam and there was a little nod to him but the studio decided to save his entry for his solo movie.

Instead of the usual villain that he is often portrayed as Black Adam will be more of an anti-hero and apparently the film will be introducing the Justice Society Of America so make sure you stay locked to the channel for more information on this project as we get it.

Shazam was a big turning point for the DCEU and though Aquaman and Wonder Woman were extremely successful, this showed that the DC team could also make a comedy instead of sitting in the dark demeanor that they tended to.

We don’t know much about the cast or plot but it is assumed that a lot of the characters will return with potential here for Black Adam and the character to go head to head.

After this DC are dropping a more kid-friendly movie with the release of DC Super-Pets on May 20th 2020. This animated adventure is set to follow Krypto the super dog, ace the bat hound and many more as they tell tails from the DCEU.

It’s a big leap for the company and though it probably won’t be part of the main continuity it does show that they are trying new things. 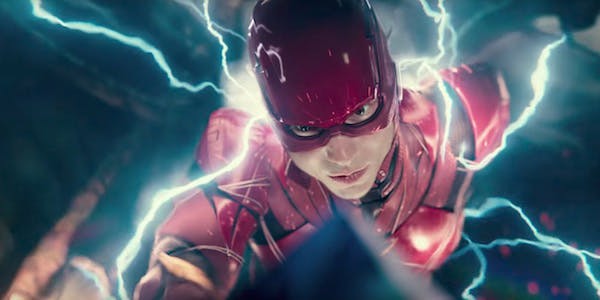 Following this is The Flash which is due to hit cinemas on July 1st 2022. Ezra Miller is back as the Scarlett speedster and Andy Muschietti has confirmed that this will be a Flashpoint based film that is reportedly going to shift Ben Afflecks Batman out of continuity and bring Pattinsons in.

Ezra made a big cameo in Crisis and it’s great to see that the actor is still going ahead with what has been a long-delayed project.

2022 ends with Aquaman 2 which is due to be released on December 16th.

This is one of the most anticipated DC movies in development and after the first film grossed $1.14 billion, it’s easy to see why.

James Wan is back in the directors chair and all of the main players including Mera, Orm and Black Manta are set to be returning. We don’t know much about the film but expect an underwater adventure that builds on a lot of the plot points of the first movie.

Up next are the other movies in development that we know about that don’t have specific dates attached to them.

Firstly a Batgirl film has been on the slate for a while after Joss Whedon stated that he’d be interested in bringing the character to the big screen.

Whedon reportedly wanted to adapt The Million Dollar Debut of Batgirl but he stated that he couldn’t make it work. Though he left the project, Warner Bros are still pushing ahead and apparently looking for a female director to take the helm.

The script is currently being penned by the Birds Of Prey writer and it does look like this is going ahead.

Green Lantern Corps is also due a film and it was announced in 2011 that Warner Bros were working on a film centered around the group.

The film was slated to have a July 2020 release date but as we know it isn’t currently in production.

However, there are rumors that the project will be moving to the new HBO streaming service and after a teaser in the latest episode of Crisis, it does seem like things are in the works.

Whether this will be a movie that launches on the platform or a tv show we don’t know yet but I thought I’d include it on the list just in case.

Justice League Dark is also apparently close to getting off the ground with Guillermo Del Toro and Doug Liman both being attached to the film. This was originally titled Dark Universe but after they ran into problems with Universe it was changed up.

WB is actively trying to get this made and I don’t think it will be too long until we get an announcement.

In addition to this New Gods is set to be directed by Ava Duverney who is also going to be penning the script with Tom King. Darkseid will be the primary villain and after his big entrance didn’t happen in Justice League, this will be his first appearance.

The Trench also got added to DC’s slate within the last year and this Aquaman spin-off is going to center around the sort of land before time aesthetic that the location provided.

It won’t tie into the main DC timeline but there is still a lot of potential here for interesting plot elements.

Gotham City Sirens is being headed up by David Ayer, Harley Quinn is getting a solo movie and apparently a Cyborg movie is still on the cards starring Ray Fisher. Black Hawk is still being worked on by Steven Spielberg and who knows, we may even get a Batman Vs Joker movie at some point.

The slate is filled to the brim and if you thought the last decade was good for comic book movies then you haven’t seen anything yet. There’s a lot of potential ahead and there’s never been a better time to be a DC fan.

They’re definitely in a position at the moment where if they play their cards right they could really rival marvel and it’s gonna be an awesome decade for fans of both.

Now obviously I’d love to hear your thoughts on the lineup and which movie out the bunch that you’re most excited for. Comment below and let me know!