It’s time to put a smile on that face with some amazing details that we have about Ben Affleck’s cancelled Batman Movie.

The cancelled project was up in the air for a lot of time and at one point Affleck pretty much became Schroedinger’s Bat as we didn’t know whether he was in or out.

DC, of course, settled on Robert Battinson taking over the cape and cowl but with the Ben returning for additional scenes in The Snyder Cut and the upcoming Flash Movie, I thought we’d take a look at the original outline and what we could’ve got.

Anyway the script itself had a lot of revisions and we now know that things pretty much came to a stalemate with no-one behind the project being 100% happy on the direction that things were going. We’ll discuss someone who read the script that disagrees with this comment later in the video but clearly there were issues.

Affleck was originally supposed to direct the movie but he stepped to the side to let Matt Reeves take over and not long after the two parted ways with Reeves scrapping things and starting again to tell his own story in an offshoot continuity.

All the way back in 2019, Robert Richardson, the film’s cinematographer confirmed that the script was finished but not beloved by anyone. On MTV’s, Happy Sad Confused Podcast, Richardson said he’d been hired to film the movie after he and Affleck worked together on his film Live By Night.

Richardson said “There was a lot to do… he was trying to change it and then he made the decision to do as you know, ‘Gone Girl.’” 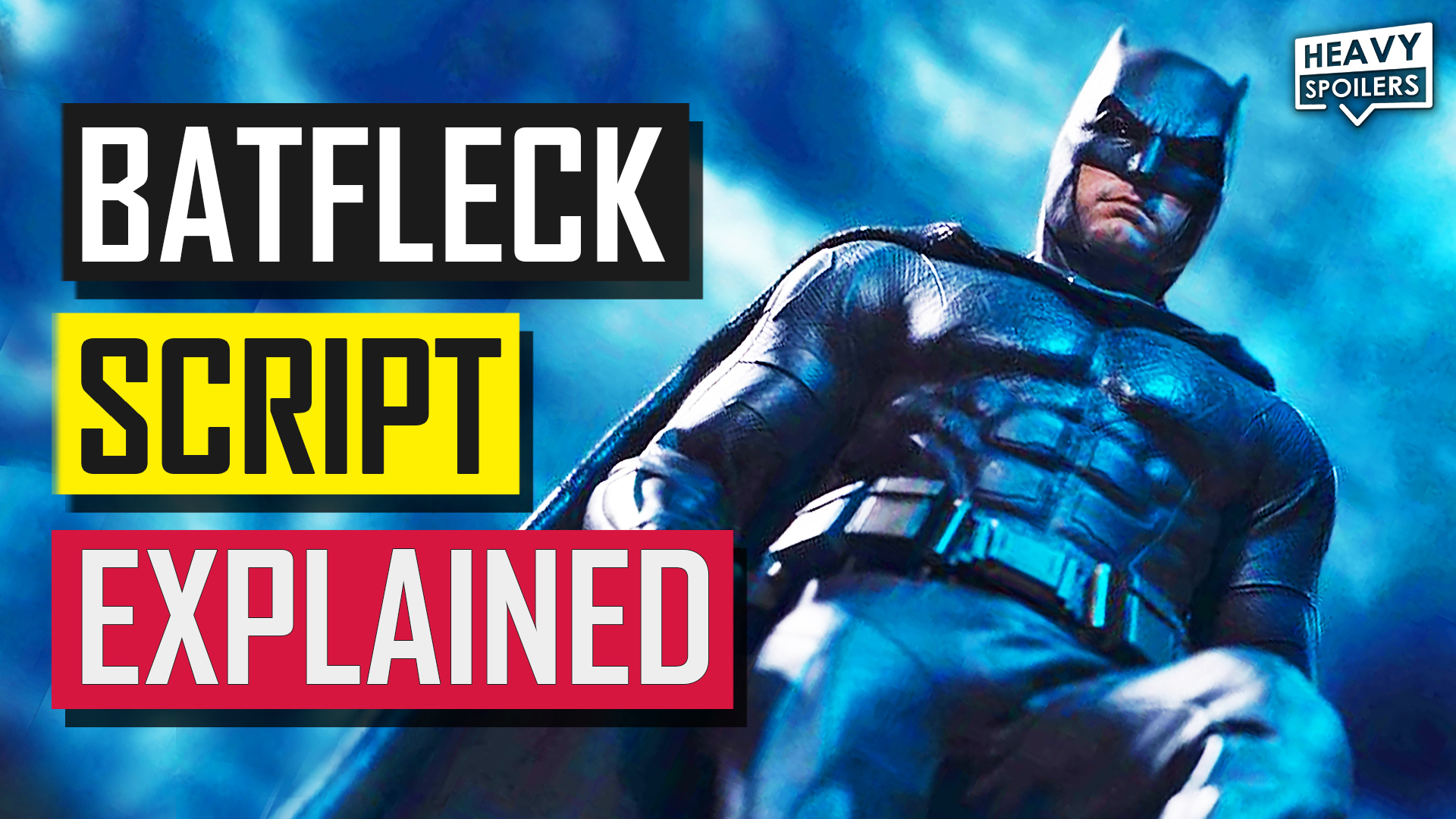 If you’ve read Batman Ego then you’ll know that book tackles the Dichotomy of the Bruce Wayne and Batman Persona and the pair pretty much fight one another in order to take over the character’s body.

Richardson stated that the work was going to delve deeply into the insanity aspects and that the project would tackle questions like who was inside Batman, which one was the individual and which elements of the character were sane and insane.

The cinematographer said that upon entering Arkham that he would almost see a black mirror of everyone that he’d locked up and how they were in some ways a reflection of him.

Now, this is of course steeped in several of his villains.

The Riddler has a genius-level intellect but rather than saving the city he has chosen to terrorise it.

Two-Face tackles the duality of Batman and Bruce Wayne and how they are two sides of the same coin that seem almost polar opposites.

Penguin was born into a rich family and though he had a traumatic childhood like Bruce, he instead chose to inflict the suffering that he’d felt on others.

Pretty much all of Batman’s villains in some ways are aspects of his personality and we now know that Deathstroke was going to be the main foe that the character was going to be facing off against.

Similar to Batman he is a master martial artist and combat tactician and the pair facing off against each other would also allow for some incredible action scenes. 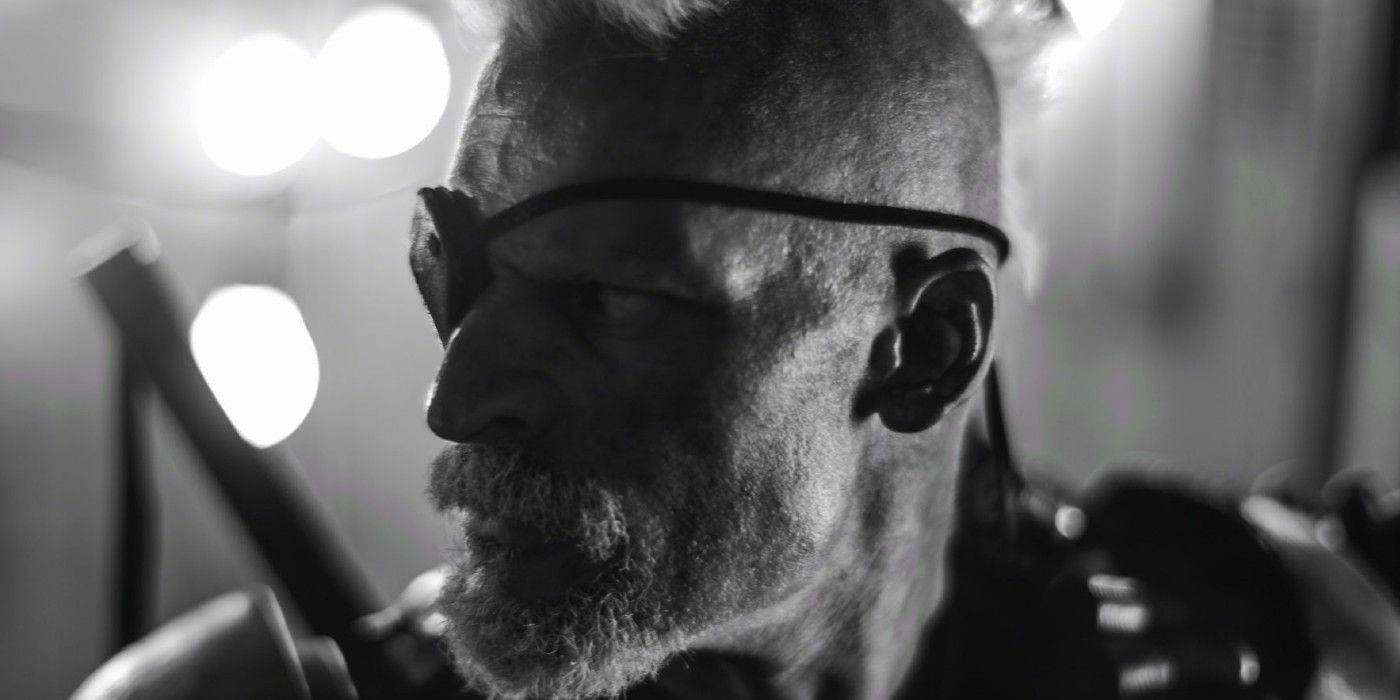 Joe Manganiello was, of course, was playing the villain and we do know that he actually shot some additional scenes recently for the Snyder Cut.

The actor was already featured in the film for it’s post-credits scene but apparently, the dialogue that we originally had under Snyder’s direction was a lot different.

Whereas the theatrical cut set up the Legion of Doom, apparently the original version had Deathstroke teasing towards the solo Batman movie.

Now Manginello has come out in the last couple of days and discussed in a lot more depth exactly what was going to go on in the film.

When discussing the project he said that it was going to be almost like a David Fincher movie, most notably The Game.

It’s a film that you definitely need to check out but just in case you haven’t seen it, the movie centres around a rich and lonely man that slowly sees his life torn apart by a nefarious organisation as part of a game. I don’t wanna spoil it beyond that as I think it’s a movie that deserves to be seen with some surprises still in store but Batfleck’s movie was apparently going to have a similar sort of aesthetic.

According to the actor, Deathstroke was going to strategically tear Bruce’s life apart and slowly he would try and attempt to send him insane as he destroyed not only his businesses but also his friendships and family.

“It was a really dark story in which Deathstroke was like a shark or a horror movie villain that was dismantling Bruce’s life from the inside out. It was this systemic thing: He killed everyone close to Bruce and destroyed his life to try and make him suffer because he felt that Bruce was responsible for something that happened to him.  It was really cool, really dark, and really hard.”

This sounds absolutely incredible and very similar to what we saw an alternate version of the character doing to Green Arrow in the second season of that show.

Deathstroke has been known for doing this sort of thing throughout comic books and if you’ve read Teen Titans the Judas Contract you may remember that in that he attacked a lot of the members in their homes in order to dismantle them.

Miller had the Kingpin discover the Matt Murdock was the devil of hells kitchen and from behind the scenes he’s destroyed his relationships, his apartment and made the character almost take his own life because he sunk him to the very depths of his sanity.

Both those stories are absolute classics and you have to check them out if you even have a passing interest in the medium.

Typically when we think of comic book characters facing off against the forces of evil we imagine them in costumes fighting on rooftops or at incredible expansive bases.

However, what these books did is that they stripped away this idea and had the villains instead go after them personally rather than the persona that they put on.

It was something that we hadn’t really seen before and let’s be honest if you were going to try and kill Batman you wouldn’t go after him when he’s dressed up as the Dark Knight.

You’d probably wait until he’s in the queue at McDonald’s or something and then just walk up behind him and boom…no more Batman.

He does seem more like a KFC man himself though which…ey…mans got good taste.

So seeing Deathstroke go after Bruce rather than Batman would add another dimension to everything and definitely bring another aspect to the screen that we haven’t seen before.

Now though we know that most of the people behind the scenes weren’t too happy with the script, there’s actually someone who read it and absolutely adored it. 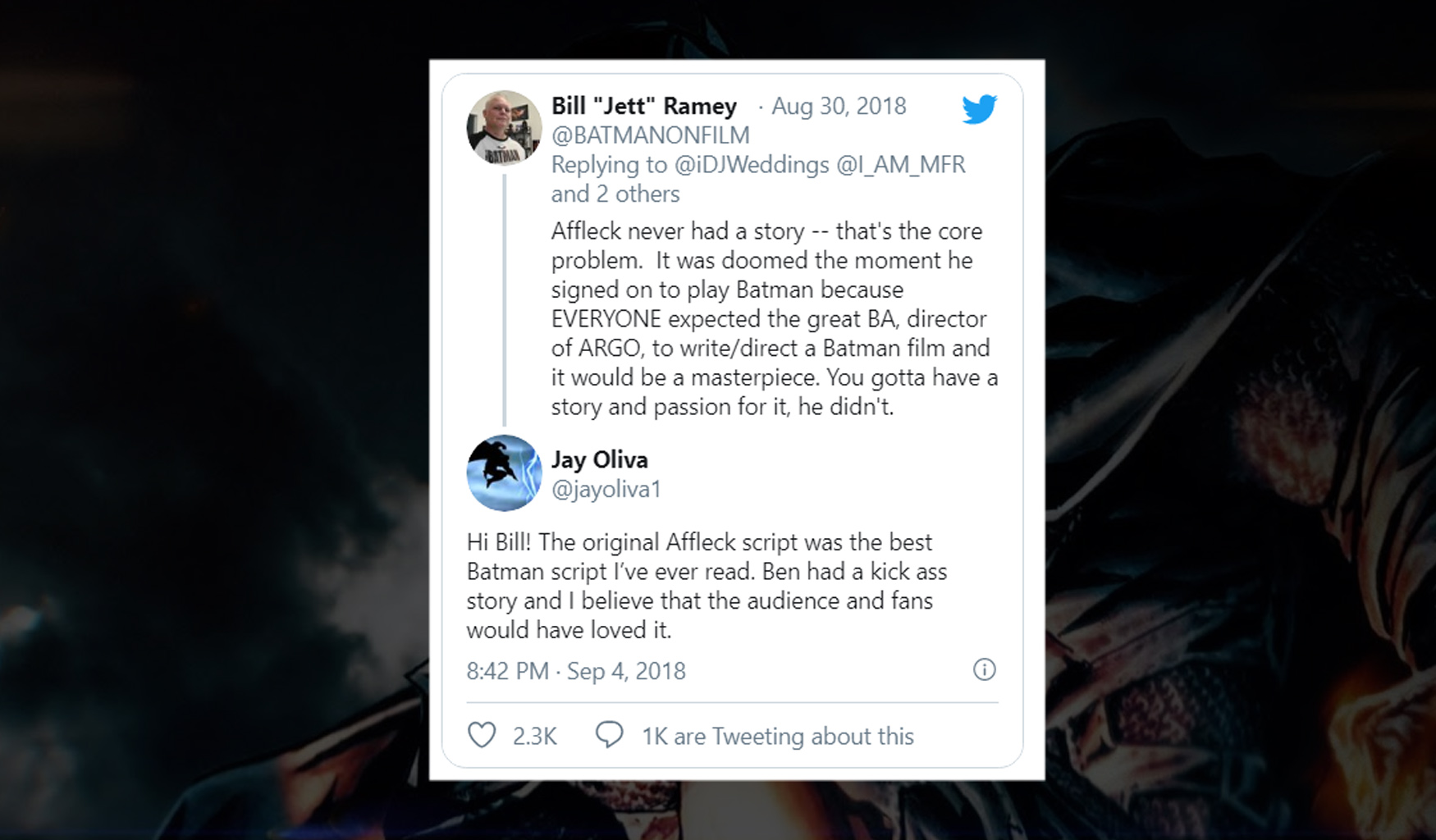 In 2018 Batman On Film put out a tweet saying that the issue with the film was that it didn’t have a story that Affleck was passionate about.

However, Jay Olivia who you may know for his work on The Dark Knight Returns, fired back saying the following.

The original Affleck script was the best Batman script I’ve ever read. Ben had a kick-ass story and I believe that the audience and fans would have loved it.

Now there are rumours that Affleck will be returning for an HBO Max show down the line that could bring his story to the screen. Warner Bros seem to be enthusiastic about continuing Zack Snyders continuity in some form or the other and at the weekend it was announced by Scott Snyder that he’d been asked to continue the story in comic book form, though he didn’t have the opportunity to do it.

Now what tends to happen with things like this is that the studio wait until the following project has been released and then the original script gets put out on the internet.

What I mean by that is that it’s likely the studio will want to get Matt Reeves’ version released so that people don’t complain about it not being Afflecks, and then when the dust settles we will be able to see what was actually going to happen in it.

I would love to see this narrative continued in some form or another and I really hope that one day we get to see what we could’ve got in an alternate timeline line.

Affleck still remains my favourite Batman and I really hope that after the Flash we see him stick around for a couple more things.

Now obviously I’d love to hear your thoughts on the movie and if you wanna see Ben Affleck back for good.