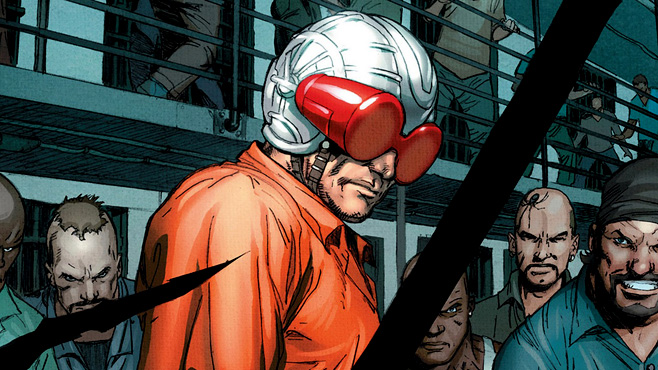 Avengers Vs X-Men was a stellar storyline that rightly received a 9.5/10 in my review. If like me, then you’re clambering for more and AVX: Consequences has you covered.

Dealing with the dangling plot threads that were left at the end of the last graphic novel, this book deals with the Consequences of Cyclop’s actions and showcases how our actions can often lead to things out of our control.

But is it any good?

That’s what I’m here to let you know!

Throughout this review, there will be heavy spoilers so if you don’t want to know anything yet then I highly suggest that you skip to the score and read this review after you pick the book up.

With that out the way, let’s dive into AVX: Consequences!

The book opens with the world slowly coming to grips with the events of Avengers VS X-Men. Magneto is still on the run, Wakanda is at war with Atlantis, Hope wants to lead a normal life and Cyclops is now a prisoner at a penitentiary.

It’s a fantastic opening that showcases that there were no real winners from the AVX storyline and it is a fantastic way to start the book.

I was completely swept up in the Cyclops story and it’s always interesting to see how superheroes handle being on the opposite side of the law. He’s been removed from his friend with the life he used to lead being a distant memory. It’s a really interesting character arc that cements just how monumental our choices can be and is a brilliant fall from grace storyline that perfectly suits the events that preceded it.

This book doesn’t disappoint in its opener and I was gripped seeing Cyclops and Wolverine exchange ideologies in a desperate attempt to see things from the other’s perspective. Cyclops is willing to die for his beliefs and this really elevates him as a character to a level that I was not expecting. Watching him rise through the ranks of the prison block is fascinating and you get the feeling that the Avengers have created an even bigger monster in trying to defeat him. I’ve never really liked him before but this book quickly secured him as one of the best X-Men in my opinion, which is a testament to the graphic novel’s quality.

Tonight There’s Gonna Be A Jailbreak

When one of Cyclops’ allies in prison is murdered, the mutant decides enough is enough and breaks out of the prison, getting revenge on all those who wronged him in the process.

It’s a fitting finale to the book and one that beautifully sets up the events to come. It’s the perfect way to end the AVX saga and sends the book off on a high note.

AVX: Consequences is fascinating throughout. Gripping from beginning to end it takes an unorthodox tale that I think all readers will find merit from.