Skip to content
THE BOYS Theories: How To Stop Homelander | Sol...

As we near the end of The Boys season 3, Homelander is getting worse and worse. The guy has fully unleashed the more psychotic side of his personality and since removing Stan Edgar as CEO of Vought it seems like nothing can stop him. 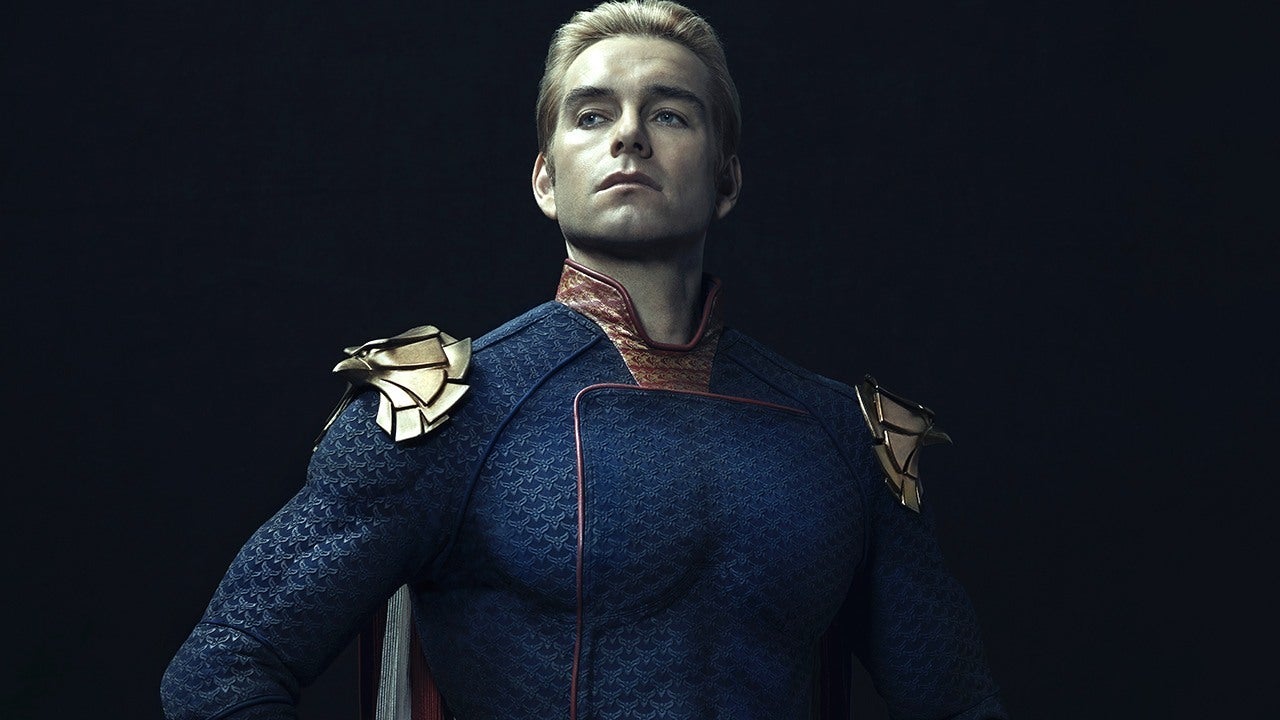 But is there a way to take him down?

Well throughout this post we’re gonna be going through our theories on what we think is gonna be happening in the show. This contains comic spoilers so if you don’t want anything potentially ruined then I recommend that you click away now, and switch to our Soldier Boy explained post.

Throughout the series so far we’ve heard of a weapon that’s capable of taking down Homelander. The Boys ventured out to Russia in search of this and after breaking into a lab to get the rumoured BCL Red they came across Soldier Boy.

Is Soldier Boy the Key?

Now BCL Red is a compound that contains the BCL-2 Gene. Injecting this into someone can prevent certain breakdowns in the body and it is theorised that it can put someone into status. We find this in Soldier Boy who has been contained for several years.

There are two things that I gather from what BCL-Red does in the show and that is that it puts someone into hibernation, however, this status could also potentially remove the abilities of a Supe. After getting blasted with Soldier Boy’s chest beam, Kimiko was left unconscious and unable to heal. The power of her healing factor was demonstrated earlier on in the episode when she took a shot to the face like Ryan Arey’s mom on a Friday night – oooooh. 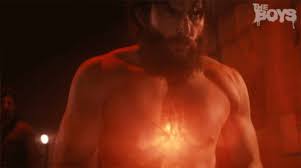 I think this scene was put in place to set up her healing abilities so that when she lost them later on it was more impactful. Huge shoutouts to Dr DBunk on Youtube for commenting on our last video and saying that he thinks Soldier Boy can completely strip a Supe of their power which I think could be a big possibility.

This would mean that he would be someone that could stop Homelander as he’d level the playing field and allow him to be taken down. Homelander did a big rant about how he was better than everyone else and him doing this could be setting up the fact he’s gonna be stripped of his powers.

This Soldier Boy storyline is completely absent in the comics and the source material has him as someone that sleeps with Homelander which this series doesn’t seem to be doing.

Now speaking of people that aren’t in the comics, there’s Ryan aka Homelander’s son.

The show has had a lot of fatherly relationships throughout it and we’ve seen this through Billy and his dad, Mother’s Milk and Janine, Stan Edgar and Victoria and so on and so forth. The main one is of course Ryan and Homie though and this is something I think will become pivotal to the series. 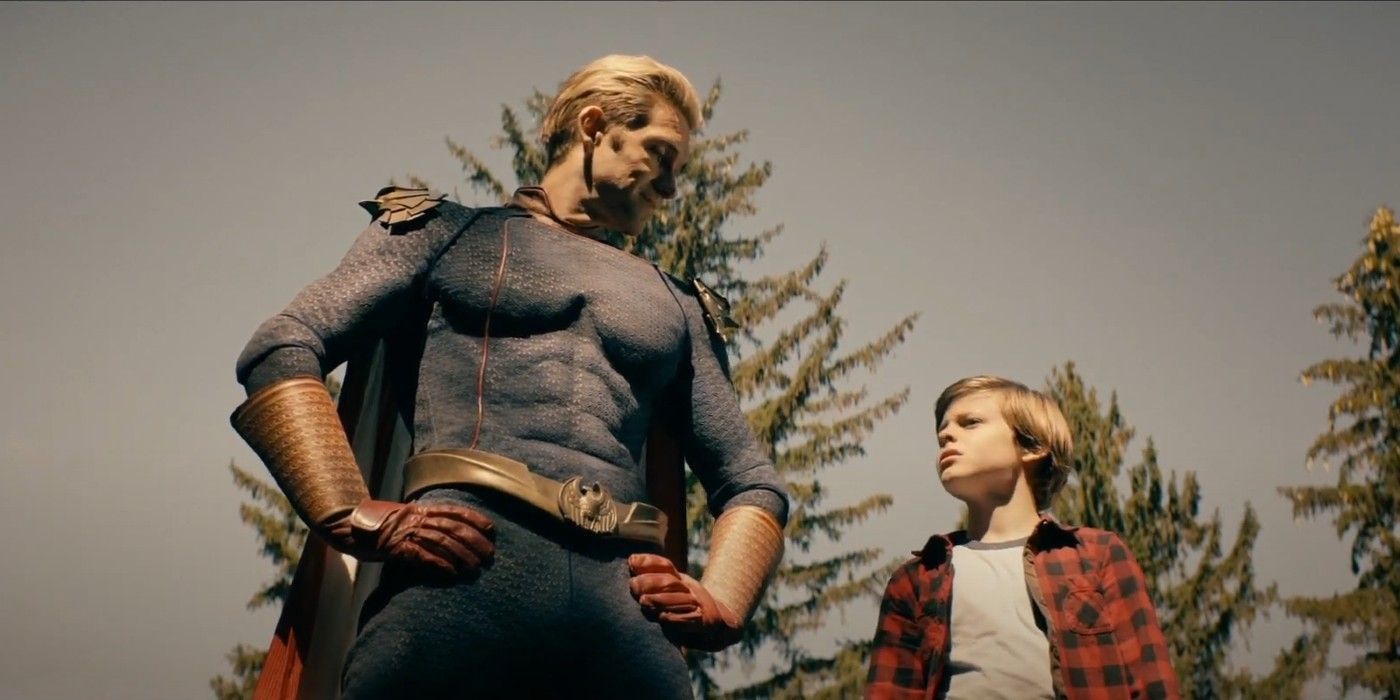 Ryan is currently under the care of Mallory and the CIA but we know that Homelander is searching for him. I think it’s only a matter of time before he gains enough power to track down the lad and after ousting Edgar out of Vought he probably has enough resources and intelligence to find him.

But Ryan of course has the same powers as his dad including those Eye Lasers that Homelander constantly spams. It may come down to a choice where he has to kill his real father in order to save his surrogate one in Billy and I think Ryan definitely has the potential to take out his dear old dad.

Now it’s also possibly that Homelander has another son in Teddy Stillwell. In the first season he had a bit of a weird relationship with Madelyn and even got jealous over the boy because he was breastfed. Homelander ended up killing Madelyn with laser eye surgery and then Billy attempted to blow himself and homie up.

We had no idea what happened to Teddy except for a little line about him being dropped off 17 miles away. Initially this seemed like it could’ve been Homelander but come the third season we now know what the more likely scenario is.

Hughie goes to Red River and here he comes across an Orphan named Teddy Stillwell that has the ability to teleport.

I think that they could be setting him up as a future supes and as Homelander killed his mother he’ll likely want revenge if he ever finds this out.

We also know there’s gonna be a Boys spin-off show centring around some Supes in college so who knows, we might even get Ryan and Teddy feature in this.

Could it be Victoria?

There’s also the possibility that Victoria will end up being the one who blows his head but I’m not sure if she’s strong enough. She clearly fears for hers and her daughter’s lives, which is why she ended up injecting compound V into her. Victoria is also based on the character Vic The Veep who ends up becoming the President in the comics. Homelander beheaded him and I actually think the same thing will probably happen to Vic with there being a bit of irony to her being the one that loses her head for once.

Black Noir in the Comics

Now this plot line could end up tying into Black Noir. In the comics, he plays a major role and is actually the one that takes Homelander down. After Homie killed the President and invaded the White House, Black Noir was sent in after him.

This is something that we also got a hint towards in the recent anime show, The Boys Diabolical.

Homelander is told ” Noir is not there to teach you. He is there to watch you, make sure you don’t screw up and embarrass the company, and bring you in if you do.”

So the series also seems like it’s setting up Black Noir as a rival to Homelander and this has major ties to the comics. In that he was a clone of the character who was told that his one purpose in life was to kill the Superman if he ever went off the leash. However, Homelander stuck to the rules for several years and this slowly sent Black Noir insane. He’d been robbed of the meaning of his existence and thus he started to plot and plan. Noir dressed up as Homelander and carried out several crimes which he photographed and sent to Homelander. Unable to remember any of these things happening he assumed that he’d blacked out and carried them out because he was crazy. 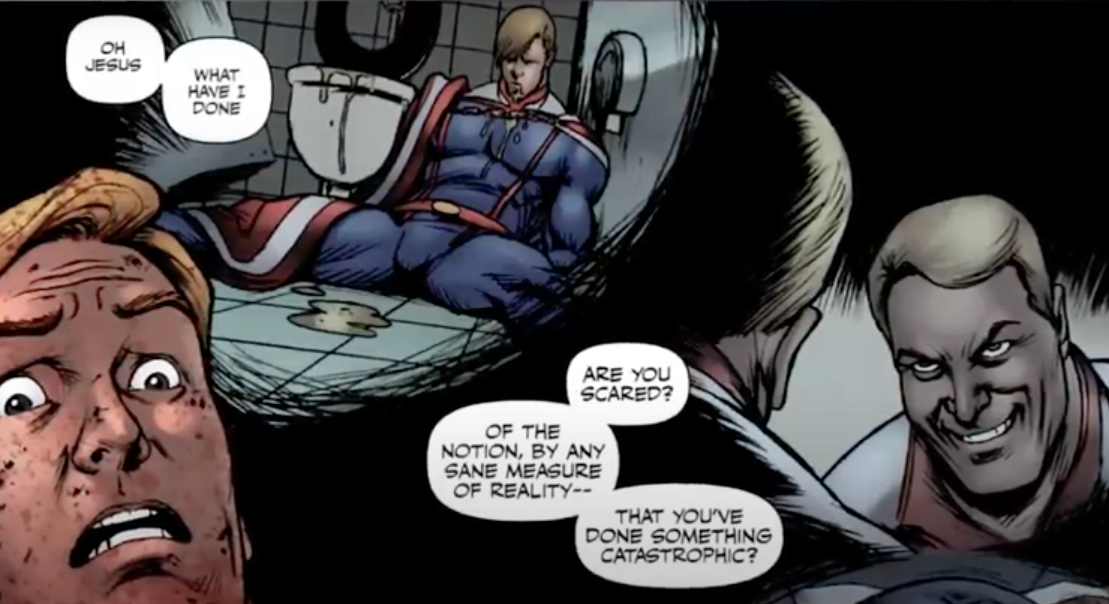 However, rather than being remorseful it just emboldened him and he ended up going all out.

He killed Homelander after revealing the truth to him which ended his run in the comics. The saddest thing about this was that Homelander realised that he could’ve actually been a hero but he’d spent his last few years being as evil as possible because of Black Noirs’ manipulation.

From that point, Butcher kills Noir and he actually ends up becoming the major villain in the final arc of the comics.

Black Noir in the Show

In the show, Black Noir is completely different and he’s not a clone of Homelander. Instead, it seems like he was severely brain-damaged and from this point out he’s likely been controlled by Edgar. In Season 2 when he went after Butcher we saw that he was very much an attack dog for the CEO which could be brought into the show. Edgar clearly isn’t scared of Homelander and he likely still has Black Noir in his back pocket to take him down if it comes to it.

In the show, Butcher seems like he’s slowly succumbing to Compound V addiction. He’s had signs of withdrawal and in episode 4 it seems like he’s hooked on the power it provides. In the comics, The Boys all took Compound V without any real issues but here there’s far more of an internal battle. Early on in the season we also had Homelander visit Butcher and though this may have been a vision, it could hint towards what’s to come.

This scene was very reminiscent of the one on the Brooklyn Bridge in the comics in which they both tease towards going on a collision course with one another. I think this will also be brought into the show and that the pair will end up fighting each other. Earlier on we discussed Ryan and how he could end up taking down his dad in order to save Billy but the roles could also end up being reversed. Butcher might be put in a position where he has to save Ryan.

Showing that he’d taken V would break the lad’s heart but it would be a necessary move by Billy to save him. However, he’d likely know that Ryan would never forgive him and he’d have to sacrifice his relationship with his surrogate son in order to save the world.

That’s what heroes do baby, but it might end up putting Butcher on a much darker path. In the comics after the death of Homelander, he continued his mission to kill everyone with Compound V in them and this included the Boys. I think that after Homelander dies that he’ll realise no one should have the power that V provides and that he’ll set out on this mission for the final few episodes.

Anyway that’s a list of everyone we think could kill Homelander.

I call this video throwing s**t at the wall to see what will stick and until we get the answers I’d love to hear your thoughts below on what you think will happen or let us know over on Twitter.