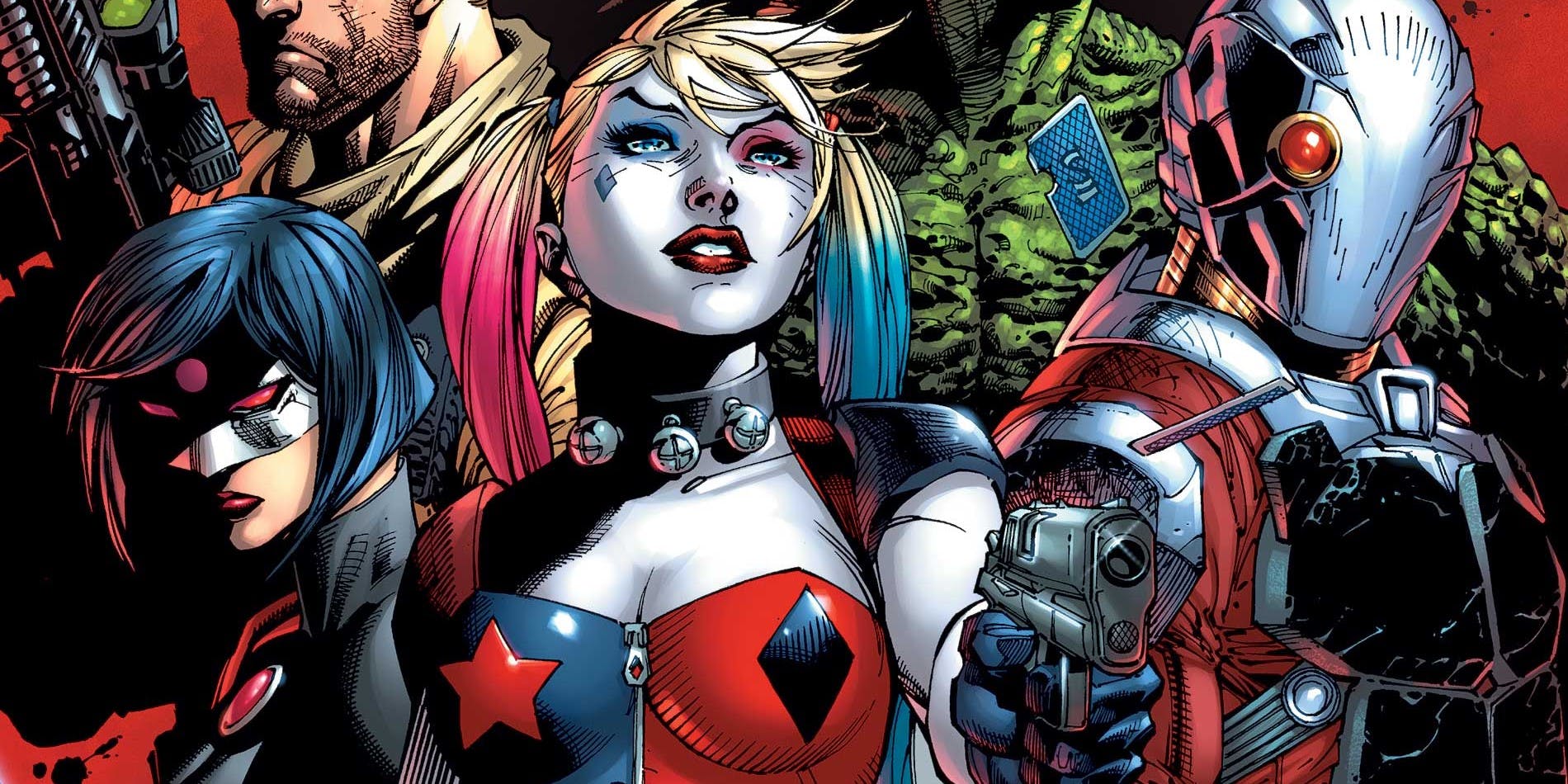 Suicide Squad began the New 52 with an incredible run. It was fast, unpredictable and a whole lotta fun. However, the longer the series went on, the quicker it’s quality diminished and by Volume 5 of the ‘New Suicide Squad‘, I was screaming for it to end. Here to wipe the slate clean is Suicide Squad: Volume 1: The Black Vault.

Since the prior series, the Squad has went on to be featured in several animated movies, Silver screen adaptations and have even won an Oscar. Hype has never been higher for them and it’s clear that DC need to bring out the big guns in order to keep this book at the level fans expect. The Black Vault has the potential to recapture the old SS aesthetic and to return it to its rightful place as one of DC’s best titles. There is a lot at stake here.

I’m optimistic about this book as it’s being headed up by Jim Lee and Rob Williams. However, both have had their duds in the past and it will be interesting to see if the creators can deliver the book that fans deserve.

Throughout this review I will be discussing The Black Vault in all its glory so if you want to avoid spoilers then I highly suggest you skip to the final score at the end and read the book before checking out the full review.

With that out the way let’s dive into Suicide Squad: The Black Vault!

The opening chapter focuses on Harley Quinn returning to her life as a psychiatrist. Mirroring this acceptance of normality, she attempts to cure the villains of Gotham from their evil desires. The introduction is awash with cameos from the Rogues Gallery of the DC universe and I instantly fell in love with the book.

Harley is obviously big bucks for the comic book publisher and it’s a smart move to make her the main focus early on. The incredible topsy-turvy nature of the art completely catches her characterisation and compliments the Clown Queen of Crime.

Those who aren’t fans of her feminine foolery needn’t fret however as the book quickly reintroduces it’s wildcard cast of characters and there is definitely something for everyone here making the storyline instantly accessible and easy to get onboard with. There is a breathtaking twist early on and it beautifully sets up the narrative that is to follow. 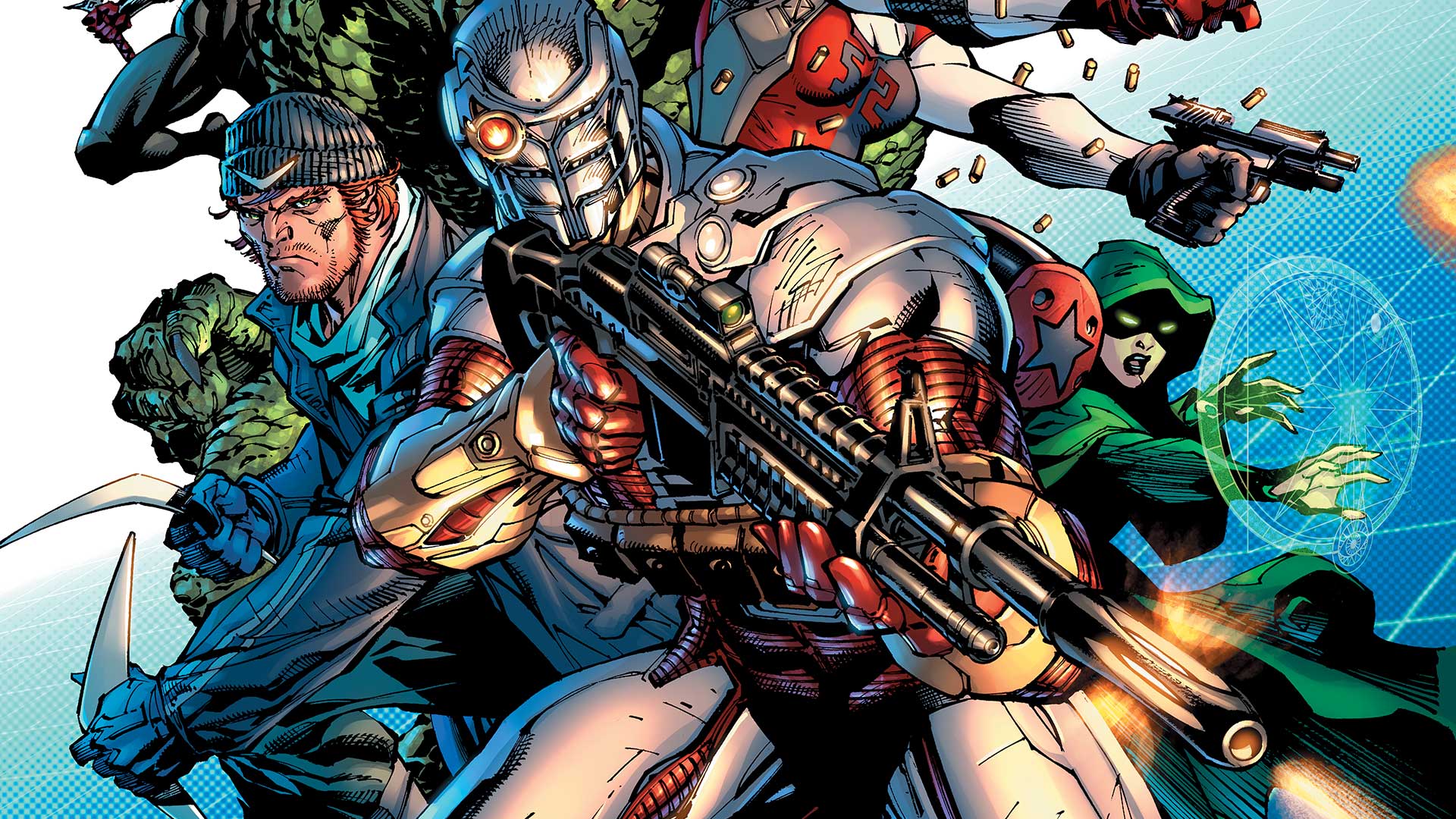 Lead by Rick Flag, the Squad set out on their assignment to find a cosmic item of immense power. I loved seeing the return of Flag after he went AWOL in the New 52 run and it is a welcome addition. I criticised the previous books with being too zany and incoherent but Flag provides the story with the grounded leadership that it needs in order to not go too far off the deep end.

What follows are some fantastic space set pieces and sublime shootouts. The Squad fights their way to the inner sanctum of the Cosmic Vault and every panel that they appear on is fantastically frantic and fabulously fun. I loved watching Katana take heads off left right and centre as Harley Quinn asks her opinion on Neoliberalism and the dialogue is as sharp as her namesake.

This truly is the storyline the Squad deserves and I found myself falling in love with the series as they came upon their final goal, The Phantom Zone Projector.

Unwittingly the Squad unleashes one of the Universes greatest Evils, General Zod. It’s a triumphant moment to see his return and he makes an instant impact with his grand entrance. Squad members are sadistically slaughtered and he really feels like a true test for the team that requires them to think outside the box.

Freeing other Superpowered inmates the Team inadvertently evens the playing feel but also put themselves in the crosshairs by doing so. I loved this aesthetic and the action and story pacing with have you turning page after page, desperate to know the outcome.

The book wraps up neatly and teases enough to leave you wanting more. It’s the perfect finale for a first book and it secures The Belle Reve bunch as back in business. 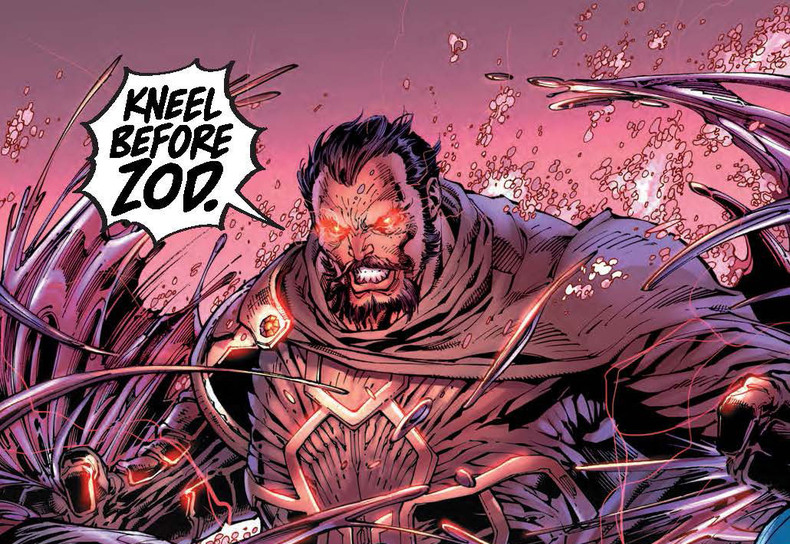 Suicide Squad: The Black Vault is a fine return to form for one of Pop Culture’s best teams. Consistently crazy and categorically captivating, the comic book catapults the Squad back to their rightful place at the top.

I loved the book from beginning to end and if the rest of Rebirth is as good as this then we have a hell of a lot to look forward to.

Those put off by the final books in the New 52 series owe it to themselves to pick this up and see what all the fuss is about, that’s why it gets a fantastic…