Ok so Minnal Murali is now out worldwide on Netflix and the Indian Superhero story has a lot to unpack from it.

Now after Mars, Saturn and Jupiter end up being brought into an event known as the triangular planetary alignment we watch as strange magnetic storms hit the earth. During one of these a tailor called Jaison is struck by lightning and he’s blessed with incredible abilities. These include super strength, increased reflexes, speed and though he can’t fly the guy can do a lot.

At the start of the movie Jaison wants nothing more than to move to America with his love Bincy who just so happens to be the daughter of the superintendent of the village. Jaison’s heart just isn’t in the village and he feels like he desereves a beter life in America. However, come the end of the movie after vanquishing evil he decides to remain at the village and become it’s loyal protector.

This is very much the story about finding purpose and Tovino Thomas does an incredible job of enthusing the hero with a charisma that’s difficult not to like.

Throughout the film we watch as he comes to grips with his new gifts whilst also dealing with the face that Bincy is now engaged to someone else. Ya boy Aneesh. Coolest guy in the village that wears sunglasses at night and is basically the Indian Inrique Englasias.

Now Minnal Murali is very much a superhero origin story that wears it’s influences on it’s sleeve and throughout the movie we get nods to Batman, Superman and a lot more. We actually learn that Bruce ended up becoming Batman because he got hit by a bat during cricket which completely changes the origin story for the dark knight.

Every story needs a villain and this comes in the form of Shibu who’s also struck by lightning on the same night that Jaison is. He gets most of the abilities that Jaison does but he’s also gains telekinetic abilities and can move objects with his mind.

Jaison doesn’t seem to have these initially but come the final battle he manages to tap into them after remembering his father.

Somewhat of an outcast in the village Shibu longs to be with a girl called Usha and has spent several years fawning over her. She ended up becoming pregnant and both Shibu and Jaison share several similarities as they’re both after girls that have, let’s say complicated relationships.

Also her dad is a summofffabitch.

Taken to the hospital the doctors are surprised to see that he’s completely fine and he calls in his nephew Josemon who helps him to train and master his abilities.

He ends up having several run ins with the police who oppress the villagers and talk down to the people that live there. They block Jaisons passport and this corruption and bullying leads to the super intendant revealing that Jaison’s real father died during a village play that ended up catching on fire. Jaison suppressed this memory and was raised by a man named Varkey who cared for him like he was his own son.

Jaison saw his father dressed as the saviour Minnal Murali as he was performing as the character in the play.

Over the coming weeks Jaison adopts the moniker and this memory of his father very much inspires him. Guy starts really embracing his powers, embarasses the police in a chicken mask and brings justice to the village. However as he grows stronger Shibu does too.

He starts trying to attract Usha again who’s daughter is extremely sick but she doesn’t have any money to pay for her operations. Shibu becomes somewhat of a guardian angel to her and what I love about the movie is that you can actually relate to him quite a lot.

He’ll do whatever he can to try and make her and her daughters life better and it makes his arc fascinating to watch. Early on, if you didn’t know going in that he was the bad guy then you might end up surprised with how his story goes.

But I watched the trailers and spoiled it for myself.

He steals money to pay for the op, pins it on Minnal Murali and on the other side of this, Jaison’s brother in law learns the truth about him. He’s high up within the police and though the Superintendant doesn’t believe him he clearly knows what’s going on. Now Shibu goes to pay for Usha’s daughters surgery but it’s revealed that her brother actually stole the money from Jaison in order to save her life.

Jaison discovers this and threatens to kill him if he doesn’t return the money but on the he realises he went too far. However, that night Shibu goes to Ushas brother Dasaan and offers to give him the money he stole in exchange for his sisters hand in marriage.

Dasaan doesn’t wanna know because of the insanity that runs in his family and angered by this Dasaan ends up killing him. Setting him ablaze Jaison arrives to see his dad’s tailor shop on fire and he finds Minnal Murali written on the wall, once more pinning it on the hero.

To make matters worse, because of his outburst the village turns on Jaison and Bincy also gets married. Whilst the police try and examine the CCTV from the village, Shibu attacks and this allows Jaison to somewhat show that it isn’t all Minnal Murali.

He also saves a bus from plunging over a cliff and this saves his reputation amongst the villagers. This somewhat leads into a new Era for Jaison in which he creates a costume and becomes a mascot for the village even though Shibu is constantly disliking his videos and writing nasty things in the comments. Eventually Jaison traces an item of Shibu’s clothing that came off in one of their fights. Shibu also examines photographs from the Chicken fight and discovers that Jaison is the one behind the mask. 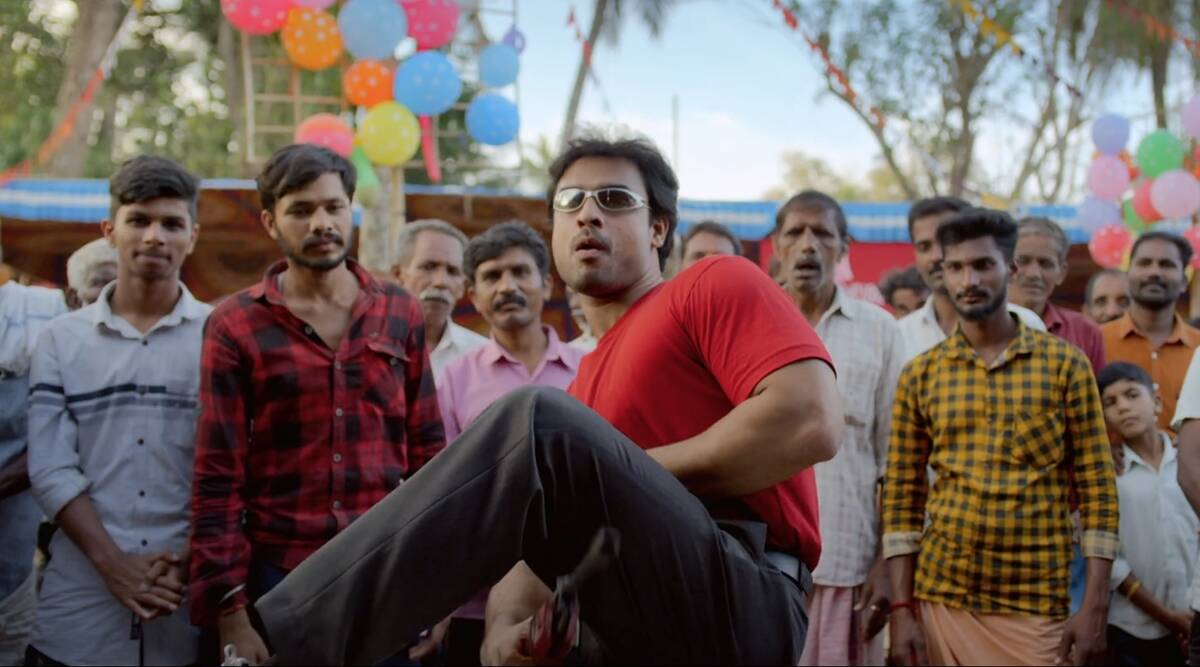 As the two have a standoff, someone well aware of what Shibu is capable of returns to the village and he demonstrates his power in front of everyone.

This leads to a manhunt and on the opposite side of this Jaison is arrested after the chicken attack is tied to him. Is it a chicken or a turkey? Nevermind.

At Usha’s, Shibu finally escapes the friendzone the villagers arrive and end up setting alight to his house which kills Usha and her daughter. Caught in the explosion, Shibu ends up looking like the worse half of Harvey Dent and he travels to a festival for revenge.

It’s an awesome final in which he starts to burn the entire thing to the ground, which of course mirrors the opening of the movie. Much like the play at the start, the festival was supposed to be a moment of celebration and but several lives were ruined. Jaison of course lost his father during this and he’s well aware that the same thing could happen to other families if he doesn’t stop Shibu. Left with little option, the police put their faith in Jaison and it leads to an epic battle between the two with Jaison finally donning his costume.

Elsewhere Biju manages to stop several explosives going off, saving the villagers and leaving Jaison and Shibu to go head to head.

However the fights not that straight forward and possessing far more advanced abilities than Jaison, Shibu easily defeats him. Guy legit headbutts his hand at points which is pretty hilarious. I got lots of flashes of Thanos Vs Captain Marvel and also even Spider-Man vs The Green Goblin which makes it clear that Jaison is massively outmatched.

However, he manages to tap into his telekinesis after remembering his father saving people when he could’ve just ran away. Inspired by his words he defeats Shibu. In the end Jaison decides to become a watcher that protects the village. Knowing that other threats may come to harm them he puts his own wishes to the side and becomes a beacon of hope, their very own Minnal Murali.

Now going forward Basil Joseph confirmed that a sequel has been greenlit and though nothing is set in stone yet, he’s said there are a lot of ideas on the table. In an interview with New India Express he said he’d love to see some crossovers with other Superheroes. If you’ve been keeping up to date with Netflix’s Youtube you’ll also see that he had somewhat of a fight with The Great Khali and there was even talk of him going toe to toe with the Undertaker.

I’d love to see people like this get brought into future movies as their own heroes or even villains. Interestingly Joseph said he thinks that it’s important for Jaison to leave his village and there may have been things set up in the film that could point to where he’s going next. Though the police’s suspicions about Iraq were incorrect, it was interesting that it was brought up and potentially he could go there. The storm that gifted Shibu and Jaison with powers was a planetary event so it also makes sense that more than just those two would have been struck with lightning.

If two so close together got powers then you can bet that there were others that did too. 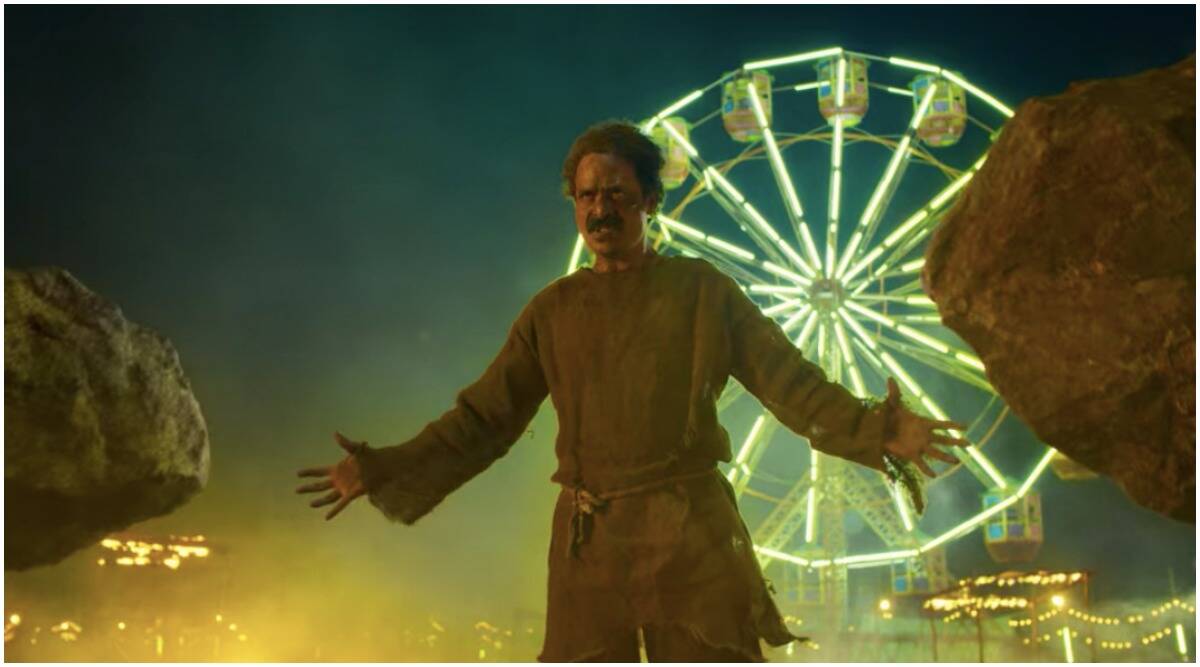 Now as for my thoughts on the film I just wanna thank everyone for sending this through for me to review. India is actually my second biggest audience just after the US and I’ve always appreciated the support that you guys have brought to the channel. There’s been people like Rohit Das and Saikath Ghosh who’ve followed my channel since day one and still are always some of the first people to comment on my vids and I know so many of you rock with me which means the world.

I’m glad that you guys have such an awesome comic book movie now too and though the budget for this movie was pretty low, I was amazed by how much they actually managed to do with it. Basil Joseph said it was something like 0.0001% of a Marvel film but they got super creative and though there were limitations they still made a really impactful film. What Minnal Murali has going on is that it’s hero is really charismatic and it’s villain is also someone that you can somewhat relate to.

Basil said that he wanted to show that we can all do something heroic and even though the back kick with the tiffin box is simple, it shows that we can help people out and be our own superheroes in certain ways.

That’s what I love about this movie and it also has an amazing soundtrack that I’ve been listening to on the side whilst putting together my thoughts for the film. Though I don’t think it’s gonna blow anyone away when it comes to action scenes or special effects, that’s not necessarily what the film is trying to do and the movie has a real heart to it and story that I think many people will find some common ground with. I’m so glad that a sequel is getting greenlit and I think that going forward there’s gonna be lots of amazing stories that they can tell. What I love about the film is that it embraces it’s culture rather than simply trying to copy the West and there’s so many ways they can go with things.

Minnal Murali was great and it gets an… 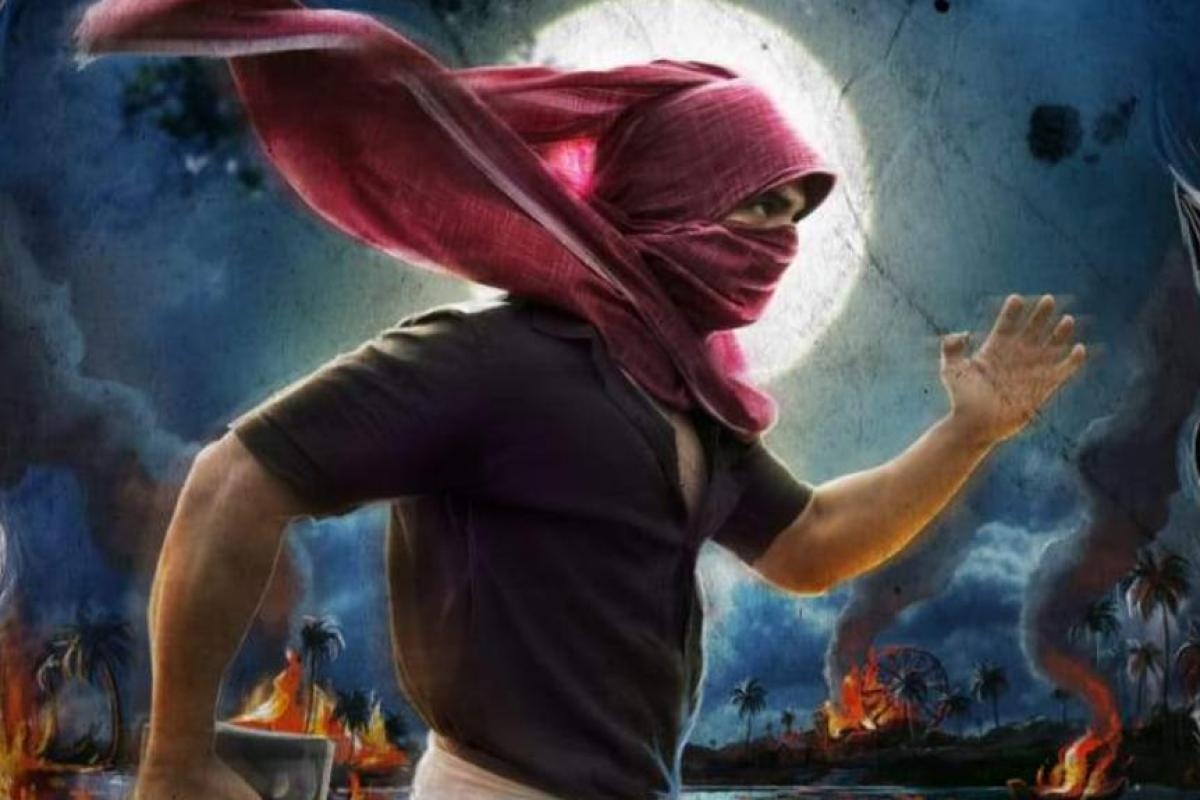