Skip to content
Marvel’s What If First Look | Leaked Imag...

This morning we got our first full look at the upcoming What If Series from Marvel Studios.

The images follow up on last months few frame reveals at Disney d23 which showed Peggy carter being put through the machine that created Captain America and injected him with super soldier serum. Then we saw her in full uniform holding the shield as Captain Britain.

This was followed up this morning by more images that were posted on Twitter and there’s quite a lot to unpack from them. 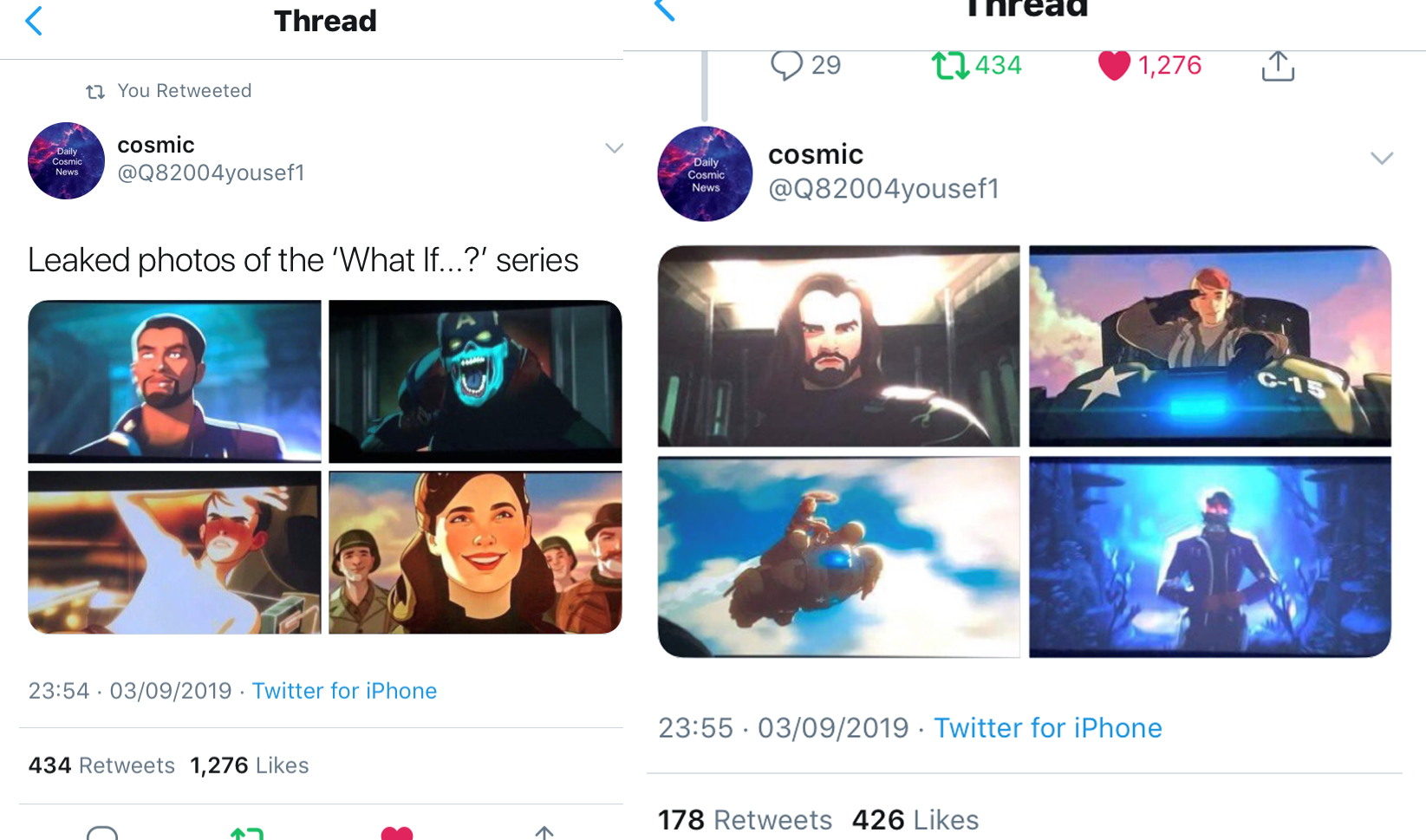 Firstly it seems like a lot of these are very heavily Peggy Carter focused and I think its a safe bet to assume that this will be the first show that the project will be leading with as in chronological order it’s also one of the main starting points of the MCU though there are rumours that The Eternals will change this up heavily and actually put the origin back 35,000 years to when the Celestials roamed the galaxy.

In the images, we can see what looks to be Steve Rogers still incredibly skinny and it’s safe to assume that he will still feature in the Peggy Carter episode even if he’s just glanced over and cast aside so that Peggy can be the one chosen for the Super Soldier program. He also appears to be in a tank at one point, potentially as part of the Howling Commandos fighting alongside Captain Carter and taking down what I’d imagine will be Red Skull. We can also see Peggy at one point riding on top of what looks to be an Iron-man-esque machine so this may even confirm the theory that similar to Steve, Peggy is frozen in ice and at the end of the episode she could wake up in the present and join the Avengers, perhaps even going on to become their leader similar to Steve.

Sebastian Stan has too been cast in the episode so I think it’s a safe bet to assume that the picture of Bucky that we can see will also feature in the episode, perhaps setting up the events of an alternative Winter Soldier. Bucky and Peggy didn’t really have the relationship that he and Steve did so I can imagine that if they do go that route, the events of the film will play out completely different.

What If Series Images Leak Online

Star Lord too can be seen there and this backs up the rumors that the What If series will explore the alternate timeline with the character that was created in Avengers Endgame where Star Lord was Knocked Out, The Power Stone was Taken and Thanos, Nebula, and The Black Order were killed in that universe. It could potentially show Ronan the Accuser as the person who gets the infinity stones and that definitely would be an interesting direction to take.

And lastly, perhaps the most interesting one is the image of Steve Rogers as a zombie. There were rumors that Marvel Zombies was going to be making an appearance as a What If Special and this pretty much confirms it for me. The marvel zombies series is a blast and it’s such a black comedy that it’ll definitely be awesome to see as it’s own episode. I think that this will probably be one of the most fun episodes as all of the graphic novels that center around the zombies have a real dark humor to them as we watch the heroes go through the galaxy eating it planet by planet.

There’s so much to unpack from this and I have seen some people say that they don’t really like the animation style but I think it looks really good. It reminds me a lot of The Animatrix and Love, Death And Robots and I think the fact that Marvel has brought together the full cast of the films that each spin off is based on will lead to the shows being very high quality.

Obviously I’d love to hear your thoughts on these images and which episode out of them that you’re most looking forward to.