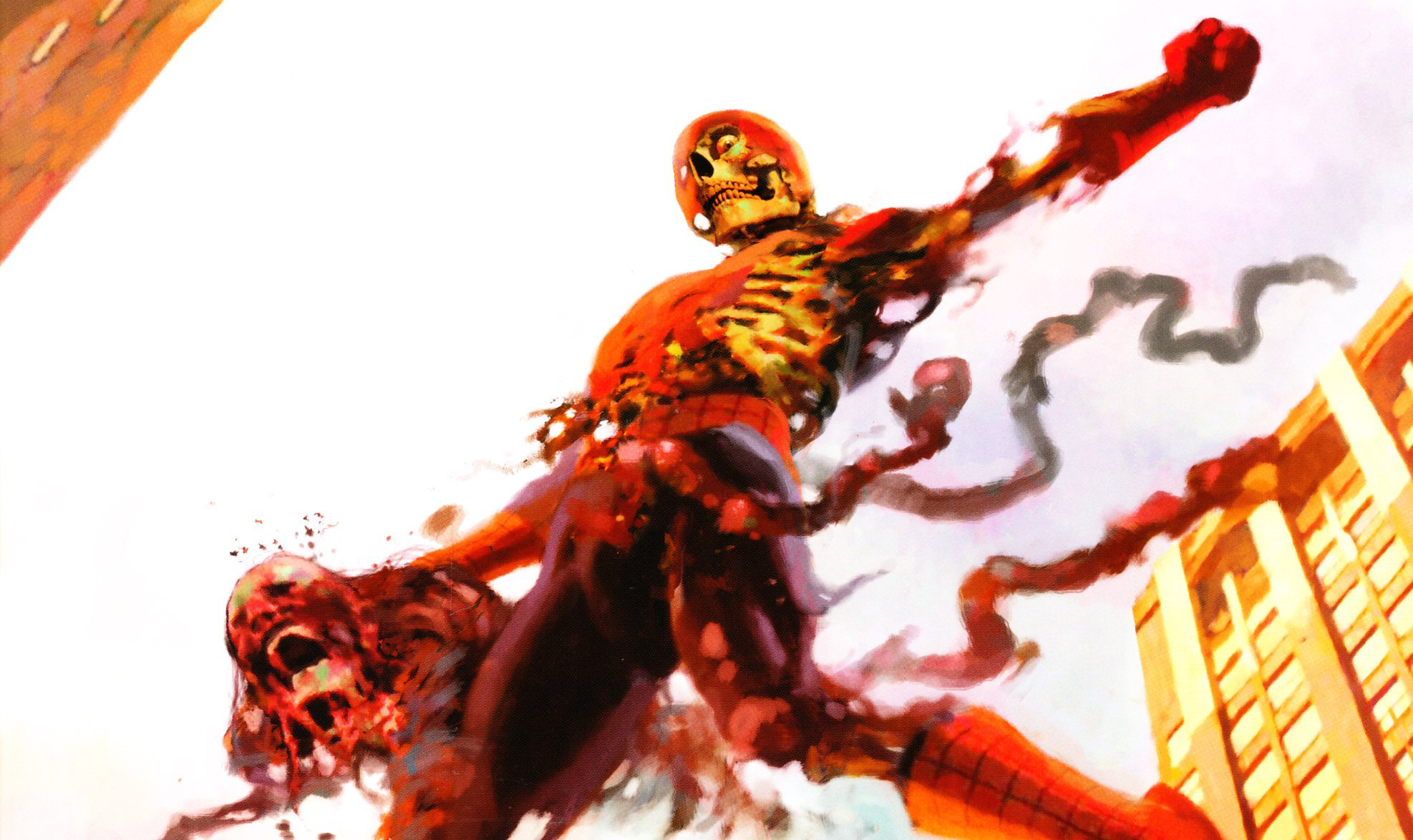 I’m a Diehard DC fan through and through. I’ve pretty much always preferred them over Marvel in every aspect (yes even films). However, running a predominantly based Comic Book Review website means that I have to be open to what I lovingly refer to as ‘The Enemy.’

However, I have absolutely no knowledge of where to start with Marvel.

When asking people what Marvel books that I should review, ‘Zombies’ popped up time and time again. I’ve always been fascinated by the undead and love their appearance in almost every form of media. Whether it’s Movies, TV or Games, chances are if it has the recently deceased stumbling around looking for Brains to eat I’M ON IT. Naturally this seemed like a match made in Heaven. The world’s most popular superheroes combined with the world’s most popular horror aesthetic.

But does it still stand up?

We’ve all seen the zombie fatigue that has risen recently, with some claiming overkill on the plot device. It will be interesting to see if there’s still warmth left in this cold body of a genre. Robert Kirkman (The Walking Dead) is behind the book though and if anyone can save this from an early grave, it’s him.

Does this deserve a bullet to the brain or will it rise again? 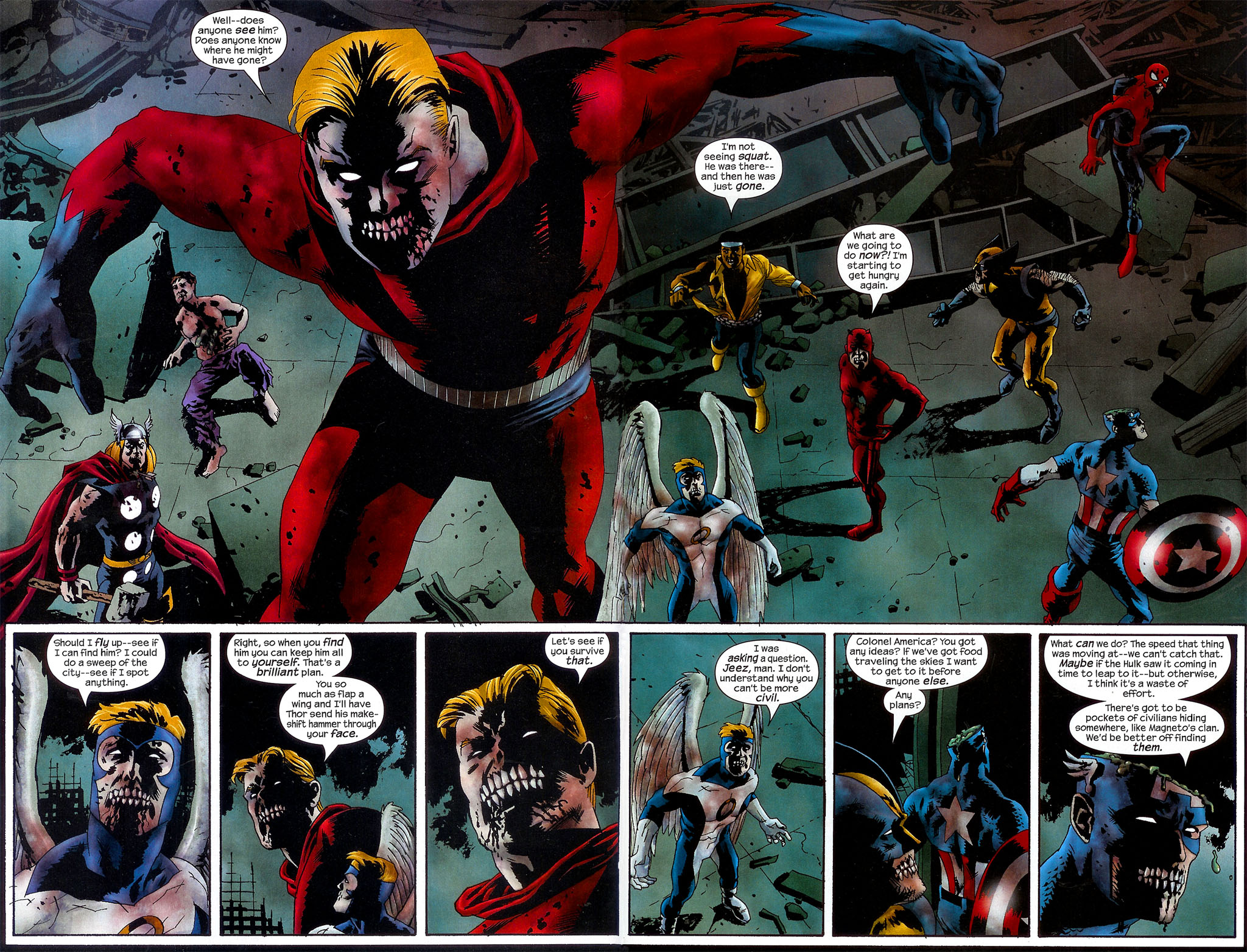 An alien virus has infected the planet and turned the majority of our heroes into ruthless zombies. Beginning mid-battle with an uninfected Magneto, the book feels slightly jarring. It’s difficult to discern exactly what is going on and like most Zombie centric works, there is little explanation of the diseases’ origin. Which is a shame as it would have been the perfect opportunity to show the transformation of our heroes. It could be criticised for being rather wrote, but beneath the blood and guts there’s something I didn’t expect, the heroes still possess cognizance and their personalities shine forth throughout.

Bickering back and forth, the banter between the bunch add a real dynamic to the storyline and I found myself wincing and cringing throughout at some of the situations that they find themselves in. Captain America’s Brain is hanging out the entire books, Spider-Man’s leg is completely decapitated and Ant-Man is storing Black Panther in his basement, eating him alive, bit by bit. There’s a real grossness to the book and horror hedonists will lap every panel and page up.

Rise Of The Silver Surfer

Realising that the planet is perfect nourishment, Galactus swoops in armed with the Silver Surfer to feast upon Earth. It’s the perfect plot device that basically turns the book into an all you can eat competition. Battling it out this becomes Marvel’s Man Vs Food. It’s a complete roller coaster and this is the most fun I’ve had with a comic book since Suicide Squad Volume 1. Watching the team practically eat each other in order to stop being hungry is hilarious and there’s definitely a sense of levity to the depraved things going on.

As they attempt to take down Galactus and save the planet, Black Panther begins his own plans.

Escaping his confines he encounters more surviving heroes and they journey to Asteroid M, attempting to find a cure. 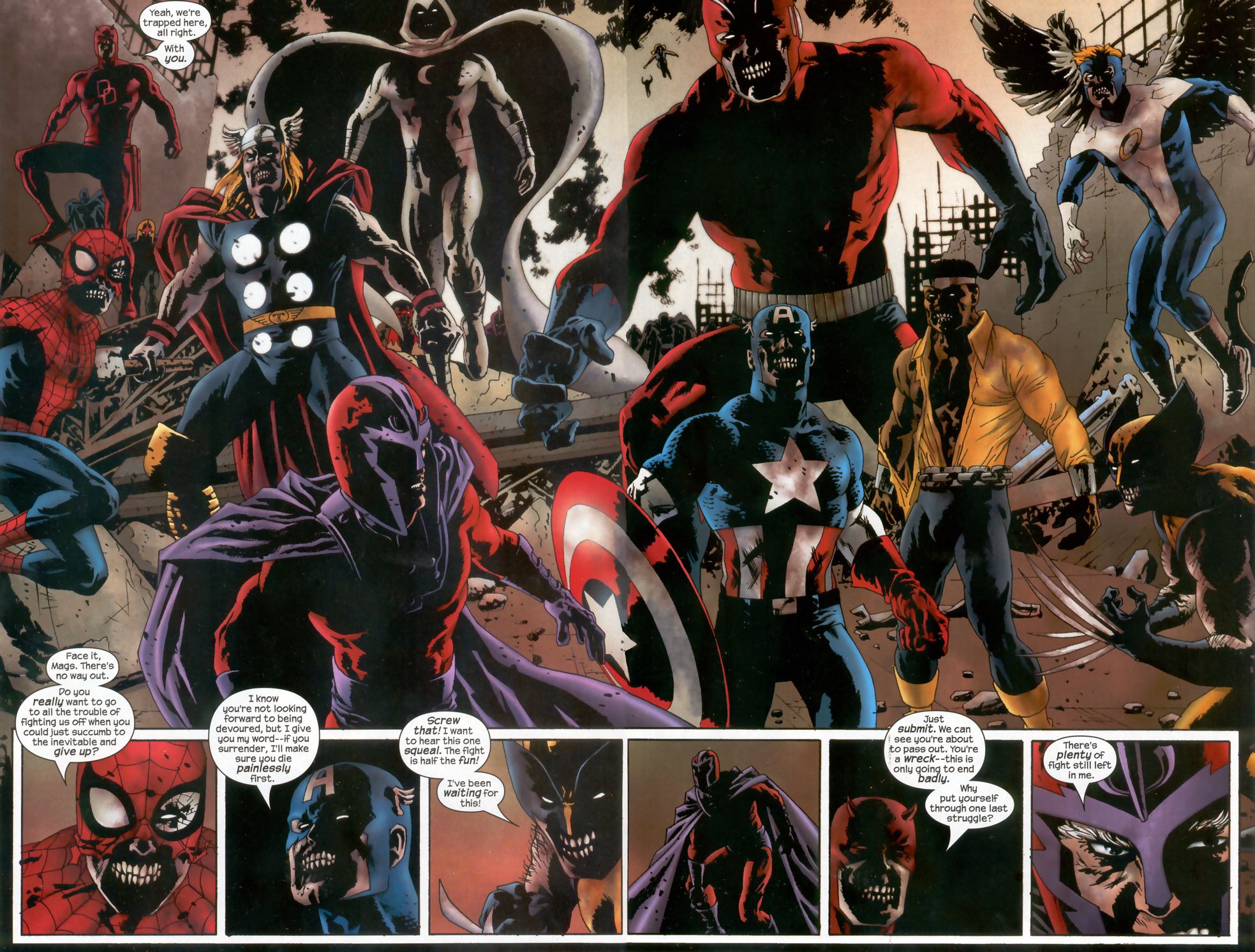 Finally taking down the World Devourer, Galactus, our zombies gain a near unlimited food source and use their newly gained powers to traverse the universe feasting on other life forms. It has a poetic justice to it but unfortunately feels slightly underwhelming. Whilst the book as a whole is a fun ride it just doesn’t pack the punch that I was expecting and feels slightly underdeveloped due to it’s length and ultimate ending. It teases more to come down the line but it just felt as if something was missing from this first volume. A key ingredient if you will to get me hungry for the main meal.

Marvel: Zombies is a fun, if albeit short stint in an elseworld Marvel Universe. There’s a lot of laughs to be had and hardcore zombie fans will eat this up. However, being such an unfulfilling meal will leave most hungry and I couldn’t help but feeling that this book didn’t satisfy my tastebuds.