In the wake of Zack Snyder’s commentary on Batman V Superman, people are once more crying out for Warner Bros to release the Snyder cut.

It’s easy to see why too.

Since 2017 we’ve learned a tonne of information on the project and it sounds like the film would’ve really been something special.

Zack Snyder’s Justice League was trending on Twitter earlier in the week and even three years after the release of Justice League, interest clearly hasn’t died down.

But what was meant to happen in the film and why are so many desperate to see it?

Well throughout this video we’ll be going through the biggest differences between the Snydercut and the theatrical release.

These include Henry Cavill’s mustache, the role of Darkseid in the film, Green Lantern, Martian Manhunter and more.

There will be heavy spoilers here so if you haven’t had a chance to check out Justice League yet then I highly recommend that you turn off now.

Make sure you subscribe to the channel for videos like this every day and please drop a thumbs up if you enjoy it.

With that out the way, thank you for clicking this now let’s get into our breakdown of the biggest Snydercut differences.

Some of the biggest changes in the film centered around the villain or rather villains of the piece. Lex Luthor returned in a greater role which we’ll get into a bit but there were also more distinctive changes in the forces of Apokalips.

Not only was Steppenwolf’s design completely different in the final cut but the big bad of the DC Universe Darkseid was also said to feature prominently in the film.

The movie was meant to open with the invasion of Earth lead by the character who would go head to head with Ares from Wonder Woman, tying the two films together. 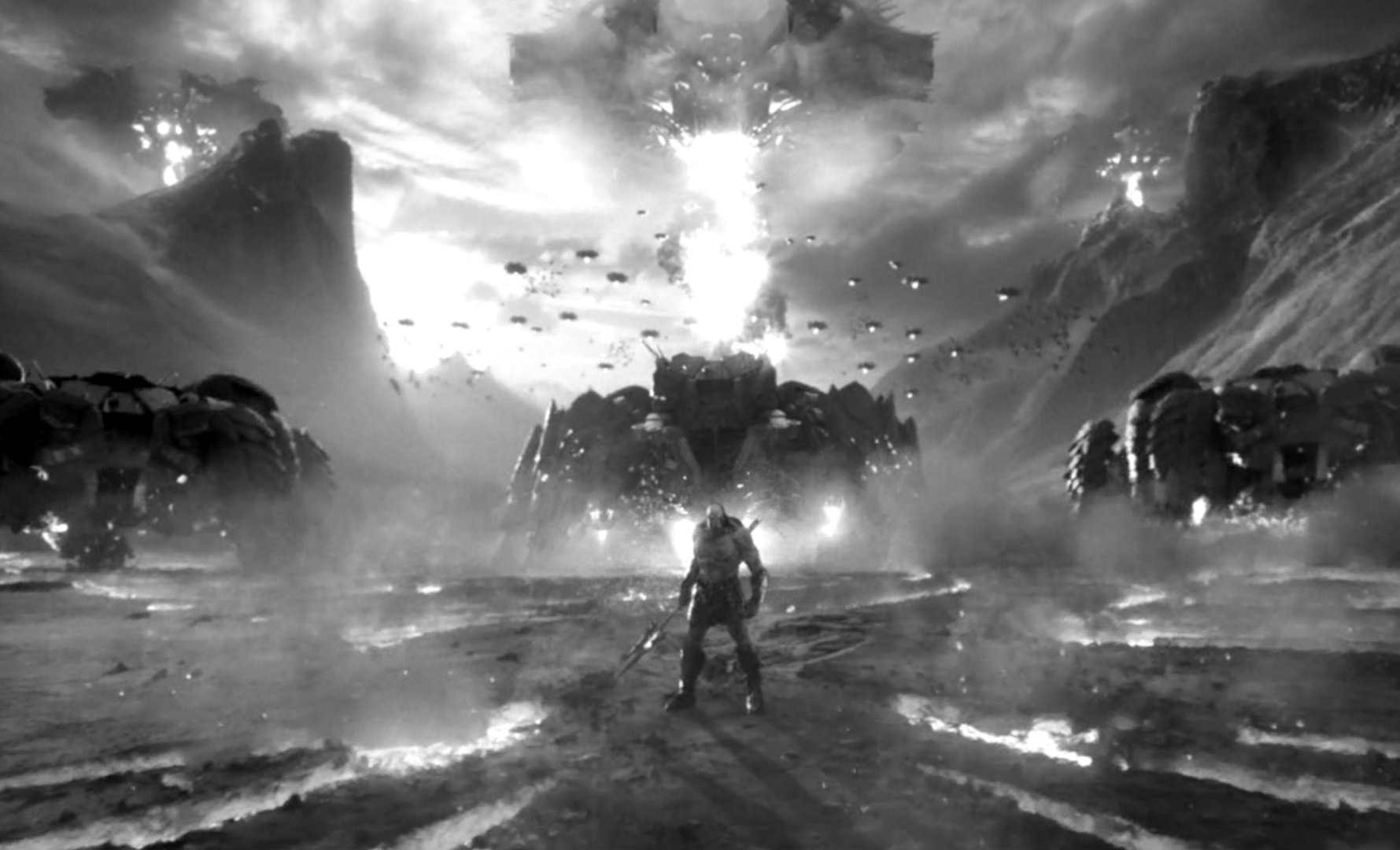 Though Darkseid failed and had to retreat he still kick-started the film as an intimidating figure that was difficult to forget.

Steppenwolf also looked more like his iteration in Batman V Superman and he was to be a relative of Darkseid that was going to try and win his way back to Apokalips after the crushing defeat they suffered at the hands of Earth.

He was a far more complicated and intimidating character that really put fear into the league instead of looking like a toy made out of Marshmallow.

Ciaran Hinds who voiced the character spoke of his disappointment with the final release recently stating:

“That wasn’t the movie I worked so hard on. We hope the director’s cut comes out because it was better than the movie in the theaters”

So it does seem like the Steppenwolf would’ve been better than the one we initially got but he wasn’t the only villain that was simplified in the end result.

The mother boxes themselves were to take on a far more distinctive role and they would be more like living entities rather than plot devices. The three boxes were meant to represent fear, alienation and doubt. These are the main emotions which the planet was all feeling at the time due to the death of supes.

This general despair over the planet helped to power them and this was when we got the line from the trailer:

“There are no protectors here, no Lantern, no Kryptonian”

Steppenwolf was going to use these devices to overwhelm the planet and this would set up the anti-life equation which would pay off in other movies.

The League was supposedly going to spend a lot more time in STAR Labs and this would be where one of the big action scenes would happen.

In order to retrieve one of the Mother Boxes, Steppenwolf was going to show up and take it from them. Snyder has shown a lot of this action scene and though we don’t know for definite, it does look like Silas Stone was killed in the battle.

So, not only had Steppenwolf beaten them under Gotham Harbor, he had also beaten them in their base, killed one of their allies and shown first hand that he was a threat that needed to be taken seriously.

Instead, we got him taking the mother box because the league had forgotten that they’d left it in a car park or something.

His death was also meant to be different. In the original Snydercut Wonder Woman beheaded the character as he was trying to escape in a Boom Tube. His head rolled out the other end and Darkseid stopped it with his foot and came face to face with the characters, starting their rivalry.

The movie ended with Diana researching Darkseid and it slowly put the pieces in place for him to become the big bad of the DC Universe.

As mentioned earlier Lex was going to feature more prominently and instead of Batman searching for Parademons on rooftops, he would actually learn from Lex’s journal which he collected in the prior movie.

Jesse Eisenberg stated that many of his scenes were cut and there are rumors that Batman at one point returned to Arkham to interrogate him.

This would drive him to escape and overall he was far more fleshed out. 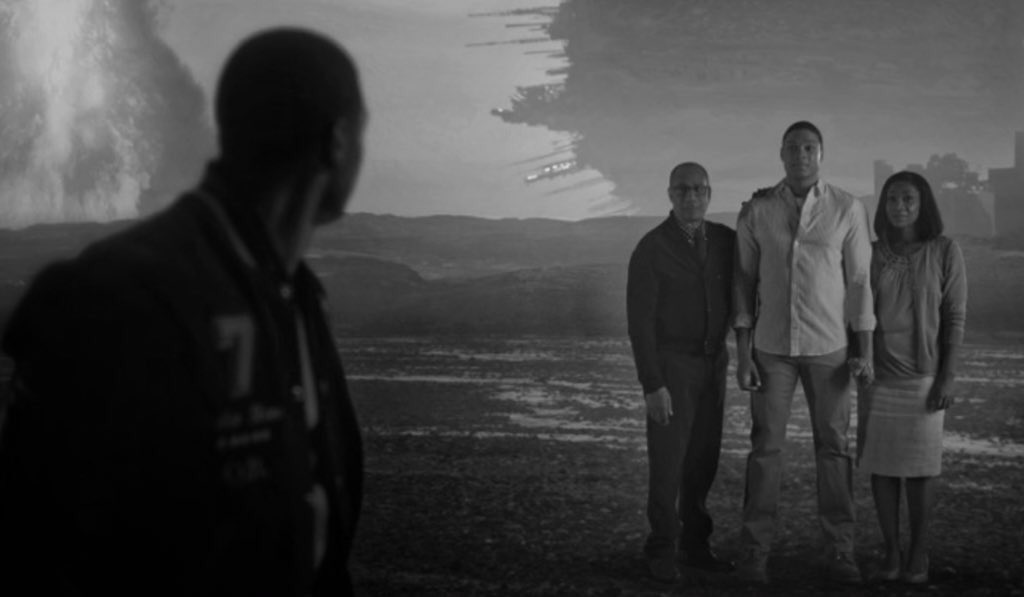 Another character that was wholly underdeveloped was Cyborg. In the final cut he received barely any setup and was pretty much plonked into it.

Victor Stone was originally a football star and we got to see first hand him playing a game for Gotham. Silas was meant to attend but he was absent and thus Victor was upset and in the Car home with his mother they got into an argument over him putting work before him.

The car crashed and Victor’s mother died and as we know Victor himself was saved by his father and experimented in.

It added a wealth of complexities to their relationship and even in the final battle Cyborg would be tormented by the ghosts of his parents and also the human version of himself which would make him realised what he had lost.

He would also have far more time discovering his powers, learning to fly, tapping into computer feeds and deploying weapons, making for this film being an origin story for the character.

The film would’ve ended with Cyborg discovering a message left for him by his father before his death and this would’ve been the closing monologue for the film, adding far more emotion to it.

Flash too received a fleshed out backstory in which he saved Iris West from a car accident…and then choked her and threw her to the floor.

Iris was completely removed from the film and this not only set up her as a love interest for future movies but it also showed Flash discovering his abilities.

The changes were just in the visuals either but in the soundtrack for the film itself.

After collaborating with Hans Zimmer on Man Of Steel and BVS, Junkie XL was going to be the composer for the film.

So the epic score from Man Of Steel and Batman V Superman would too be laced throughout this film.

However, likely for tonal reasons, Warner Bros appointed Danny Elfman to take over the reigns of the project. Elfman had so little time to really work on it that he had to bring back his Batman Theme and the Christopher Reeve Superman one in order to get things done and in the end the score just really lacked the punches that the other entries in the DCEU had.

Now for things that were kept the same but reshot.

I don’t think I need to even tell anyone that Superman looks so weird in the film because they had to CGI out Henry Cavill’s mustache due to his contract on Mission Impossible Fallout.

It’s really distracting, laughable and it completely takes you out of the movie.

However, the fact that the weird looking upper lip appears so much throughout the film showcases that pretty much all of Superman’s scenes were reshot. 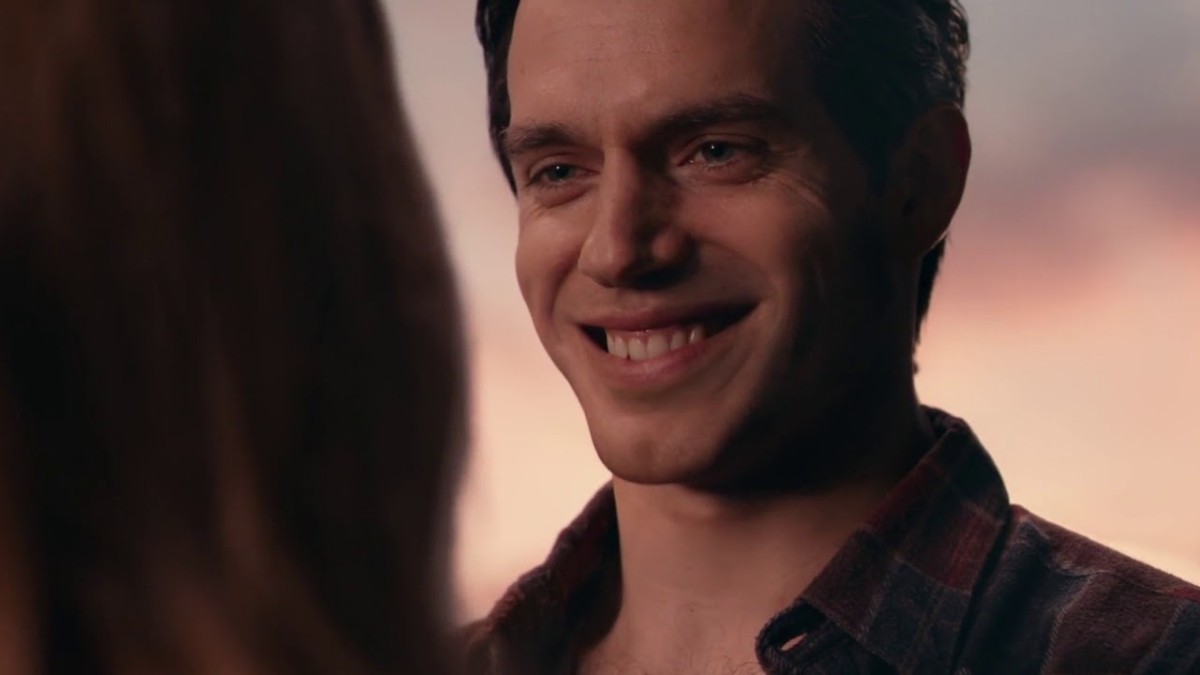 This means that large chunks of dialogue were likely changed as a lot of his moments in the film are just him standing around. He was also going to approach Alfred at one point.

In addition to all of this, Superman was going to be in his black costume which is a nod to his resurrection in the comic books. With this suit not appearing in Justice League it seems like we no longer have a proper opportunity to see him in the back suit and it feels like a huge loss for die-hard DC Fans. 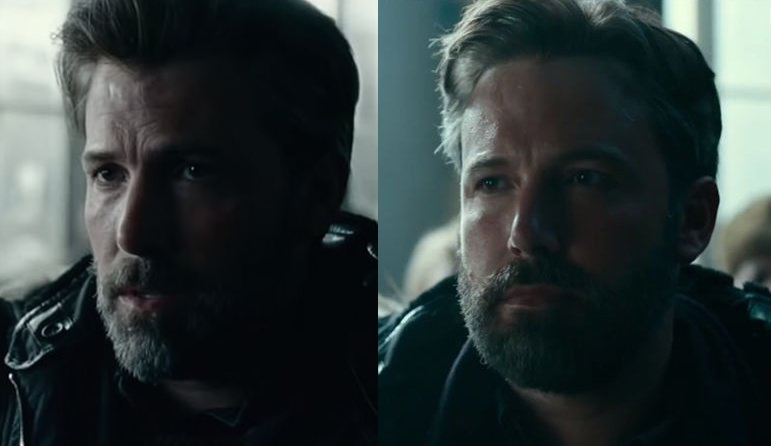 He wasn’t the only one who got major reshoots either, from side by side images of the original trailer and eventual release we can see that Bruce’s initial talk with Aquaman was also changed quite a bit and when Arthur leaves Bruce standing this moment was also redone…I mean look at the green screen on that.

Aquaman received a tonne of extra screentime and he had a large part of his backstory that involved Vulko long before he ever appeared in the solo movie for the character.

Mera was too going to appear at the end of the movie and call Arthur back to Atlantis which would of course set things up going forward.

The scene in which Lois Visits the superman memorial in heroes park was going to feature more prominently with Marc McClure aka Jimmy Olsen appearings as a security guard.

This would show he survived Batman V Superman and was now working a more regular job after his brush with death.

Olsen was going to say to Lois ‘hey you don’t miss a day do you’ which showcased her grief.

We would also end the film with a couple of major appearances too from some big DC heroes.

Green Lantern would arrive on earth after hearing of the attack on the planet and it would be revealed that General Swanwick was actually Martian Manhunter.

This had been his human form the entire time and the big bombshell was going to recontextualises everything that we’d had so far.

Overall it feels like the movie would’ve been a DC fans dream and it’s a shame that we will likely never see it unless Warner Brothers finally decide to release it.

There is enough support there that I really think it could do wonders but I guess we will have to wait and see.

Now obviously I’d love to hear your thoughts on the changes and if there are any other ones that should have made the list. I know this didn’t include everything so make sure you drop them in the comments section below.