With the release of Doctor Sleep taking us back to the world of The Shining I thought that it was the perfect time to break down the big villain of the piece Rose The Hat and her group of followers: The True Knot.

As chosen by you we’re going to be covering what we know about the group, their abilities and the differences in their depiction from the book and film adaptation.

Now there will be heavy spoilers here so if you haven’t had a chance to check out the movie yet and don’t want anything ruined then I highly recommend that you turn off now.

With that out the way I just wanna give a huge thank you for clicking this video, now let’s get into our breakdown of Rose The Hat and The True Knot!

Ok so the film Doctor Sleep actually spans a great distance of time, beginning just after the events of the Shining in the early 1980s and running all the way up to modern-day. Whilst we primarily focus on Danny Torrence, a strong psychic, there also exists The True Knot, who we also witness operating from 1980 to the present.

We watch as Danny grows older, his life torn apart by Alcoholism whilst the True Knot remain ageless due to the fact that they are able to take the life force, or as they call it ‘steam’ from psychics. The group are basically vampires that live a nomadic lifestyle, moving from state to state in a convoy, preying on the weak and unsuspecting. Because of this, they have attained a certain kind of immortality that keeps them immune to most natural causes though they are able to be killed through more conventional methods.

What Doctor Sleep boils down to and portrays in both it’s protagonist Danny and the antagonist the True Knot is a battle with addiction. Danny, similar to his father is an alcoholic that is neglectful, less caring of others and because of this it leads to the death of an infant after it’s mother overdoses. Danny is really torn apart by this and the guilt that he feels over this act causes him to up sticks and start a new life where he will not allow his demons to take over him. 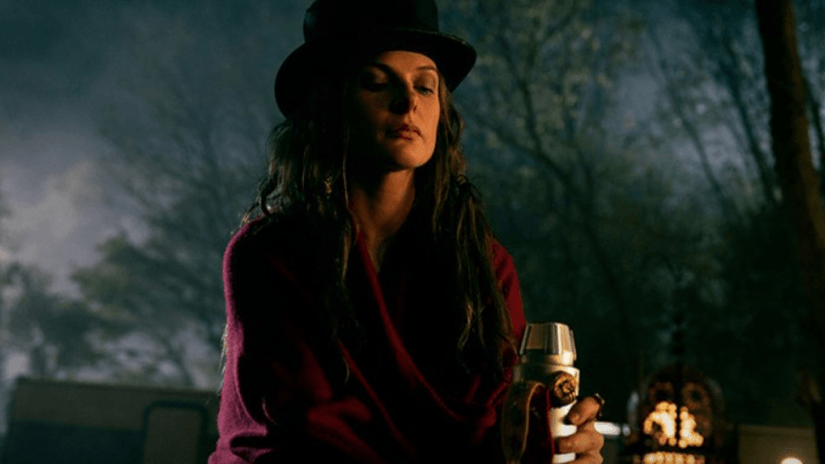 A Battle With Addiction

Mirroring this, The True Knot is addicted to steam but unlike Danny, they do not take any responsibility for the pain that they inflict and thus they operate almost with a sense of glee, too causing the deaths of children but reveling it instead of disgust. This is the main conflict of Doctor Sleep and the entire storyline is about Danny trying to protect a child for succumbing to the addiction of others that do not possess the mortality that he does.

There is a pivotal moment in Doctor Sleep for both characters in which they have the choice between their addiction, for Danny it is when he returns to the Overlook Hotel and comes face to face with his father in the Gold Room. Danny is offered a drink and he turns it down, thus putting his demons to rest and going on to do the right thing that has an overall positive outcome.

Juxtaposing this, after the True Knot is wiped out, just leaving Rose by herself, she has the option to let Abra go but her greed and craving for Steam get the better of her and this ultimately leads to her downfall.

The True Knot themselves are fascinating and they have a long, storied history and way of life that makes them one of the most unique horror creations in all of Stephen King’s back catalogue.

When describing themselves during one of their many rituals throughout the work they state:

‘We are the True Knot and we endure. We are the chosen ones. We are the fortunate ones. What is tied cannot be untied. Here is a woman, will she join us? Will she tie her life to our life? ‘

This pretty much sums up their entire belief system and mindset. The true knot believe themselves to be above all, a closely-knit group that operate almost like a hive mind through their psychic link. They justify the atrocities that they carry out because it keeps the group as one and thus there is a shared lack of morality that empowers them to go on to carry out more depraved acts.

Some of the members of the group have lives which span millennia and though there has never been a specific date ever set for when they first started out, in the film, there is lip service paid to the fact that they have existed throughout the middle ages and even so far back as the Roman Empire.

Because of this, they have not built natural immunities towards modern-day diseases and in the original source material, the majority of them are wiped out after one of the members of the group catches measles from feasting on a boy with the disease. He passes this onto the camp who also slowly begin to succumb to the disease and die from it.

This differs from the film adaptation in which they are lured into an ambush after Danny and his friend Billy use Abra as bait to draw them out and then shoot from advantage points with sniper rifles. Both situations eventually lead to Rose being the sole survivor. 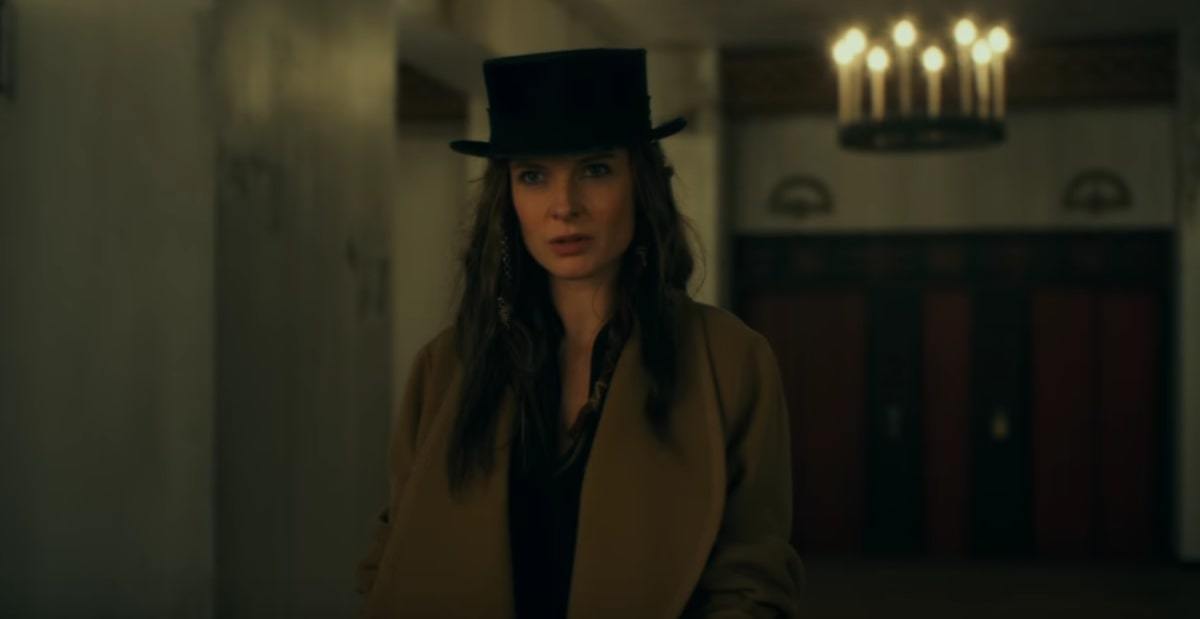 In the book, the True Knot is made up of six members and though this differs slightly for the film adaptation, most notably in their names, I thought I’d stick to the main source material and the way that they are described in that.

I’ll get to Rose last as I want to cover her more in-depth but her second in command is named Crow Daddy. He is her lover and operates with extreme loyalty. Crow Daddy’s real name is Henry Rothman and whilst he does not possess the psychic powers of the other members, he is able to track people possessing the ability to Shine. In the film, he dies due to his arrogance and he does not wear a seatbelt which allows Danny, who is possessing Abra at the time to kill him in a car accident.

Grandpa Flick is the next in line and he is the eldest of the group. Early on in the storyline, he dies and this makes the group worried that their days too are numbered and thus they desperately attempt to get more steam which makes them set their sights on Abra.

Snakebite Andi is up next and in Doctor Sleep we see the recruitment process of The True Knot mainly through her eyes. Andi is known as a pusher and someone that can will people into doing her bidding through commands that she tells them vocally. In the film, she performs this on Billy who she wills into killing himself. Before her recruitment Andi gained her nickname for luring child predators on dates with her, putting them to sleep and then carving to snake bite like scars into their cheeks.

In the source material due to her dislike of men, which was caused by the abuse that her father dealt onto her as a child she becomes a lesbian and is in a relationship with our next member, Silent Sarey.

Silent Sarey gains her name due to a self-consciousness about her speech impediment. However this also plays into the fact that she has the ability to move in complete silence when not being looked at. This allows her to sneak up on her prey without alerting them.

Lastly is Barry Smith who though white, gains a racist nickname because of his slanted eyes. He is pretty much the one that brings the True Knot all to their eventual fate. Barry ends up contracting the measles and thus the group all end up dead due to the disease.

Lastly is their leader, Rose The Hat, an incredibly beautiful woman that has gained her name from wearing a magician’s top hat the majority of the time. Though we never get confirmation of her true age we do know that Rose was born in County Antrim in Ireland where she was known by her true name, Rose O’Hara. Like many Irish citizens, she emigrated to America during the formation of The United States and lived on the Western Frontier before being recruited by the True Knot members at the time.

She has operated with the group since the 19th century and due to her amazing abilities quickly rose, pun intended, through the ranks to become their leader.

Rose is by far the most powerful out of the group and she is capable of locating people that possess the Shining across vast distances. This allows her to pick up on Abra Stone, someone with even greater psychic abilities than her and she quickly becomes Rose’s obsession.

Rose is a cold and calculating person that hates all other humans outside of the True Knot and refers to them as ‘Rubes.’ Throughout her life, she has tortured countless children to death and due to her extremely high IQ and intuitiveness, she is able to quickly create strategies and plans in her head that will allow her to move from target to target, capturing them inefficient ways that allow for them to conserve their energy.

Due to her lack of emotion towards other living things, Rose plans to kidnap Abra and hold her in captivity, torturing her slowly over a long period of time in order to farm her for steam almost like a milking cow. This is paid lip service to in the film and the reason behind this is because the True Knot simply doesn’t possess enough canisters to contain all of Rose’s steam.

Though she has a sexual relationship with Crow Daddy she also has one with Snakebite Andi at one point and it’s clear that she is not really tied down. Rose is described by many as the most beautiful woman that they have ever seen, however, for those who possess the Shining, they view her as a woman with an unnaturally wide mouth that just has one single tooth in it, resembling a Walrus tusk.

After becoming obsessed with Abra she pools all of her resources into tracking her down, unaware that she is being looked after by Danny. The book and ending of the film differs slightly due mainly to their ties to their respective source material. At the ending of the Shining Book, The Overlook Hotel is destroyed and thus the final act takes place on the grounds of where it stood with Abra and the character going into a psychic standoff. During this Danny pushes Rose of an observation platform and she falls to her death.

In the film at the Overlook, Danny unleashes all of the spirits that are housed within his mind from the location and they swarm her, feasting upon her in the same way that she preyed on so many innocents.

It’s an awesome end to an awesome character and a group of unforgettable foes that remind us that we should not give into our addictions.

Now obviously I’d love to hear your thoughts on The True Knot and which one of the group is your favourite. Comment below and let me know!