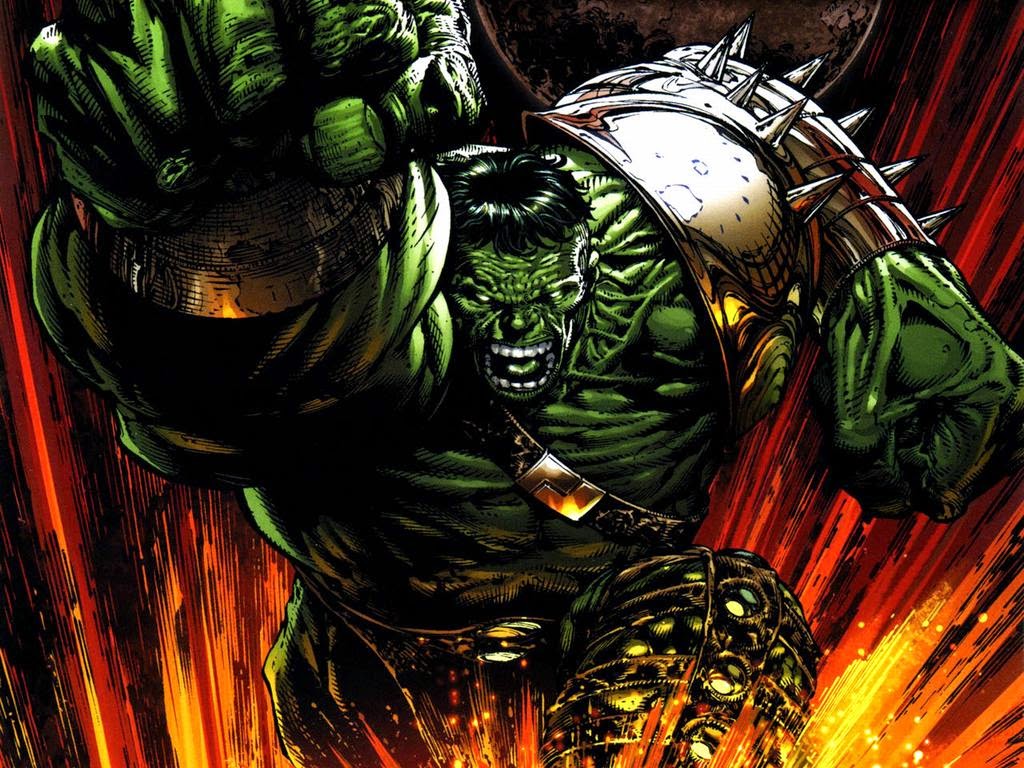 Thor: Ragnarok burst onto our screens last year showcasing a re-envisioned Gladiator Hulk. Fans of the MCU lapped this up and this aesthetic definitely cemented the film as one of Marvel’s best. It was bold, brash and placed everyone’s favourite Green Monster as one of the most likable comic book characters ever created.

Following on from my Planet Hulk Review is World War Hulk. A graphic novel by Greg Pak and John Romita Junior. Continuing directly after it’s predecessor it will be interesting to see how the arc capitalises on what I thought was an overall mundane set up.

It’s been a long and rocky road so with that out the way let’s dive into World War Hulk.

Betrayed and banished by his friends The Beast is on the warpath. Sent to the planet of Sakaar by those he trusted most, Hulk barely survived the onslaught that awaited him. Torn apart by beasts and monsters alike, The Angry Green Giant had to become a Gladiator in order to make it. He ruled over the planet and found peace, however, this was tragically torn from him after the shuttle he arrived on detonated, murdering his friends and allies. Now returning to Earth, he wants vengeance on all who wronged him and it seems like nothing can stop him.

The Heroes Of The Marvel Universe are naturally terrified of his wrath and enact a plan to stop him in whatever way they can. Evacuating Manhattan, they turn the world’s most famous City into a battleground. It’s a brilliant opening that gets you fully invested in both sides of the fight. Never before have I been so amped up to see a showdown and the creative team do an incredible job of pitting you right in the middle of the preparation. This is one of the best intros in a Marvel book that I’ve ever read and instantly I was hooked. 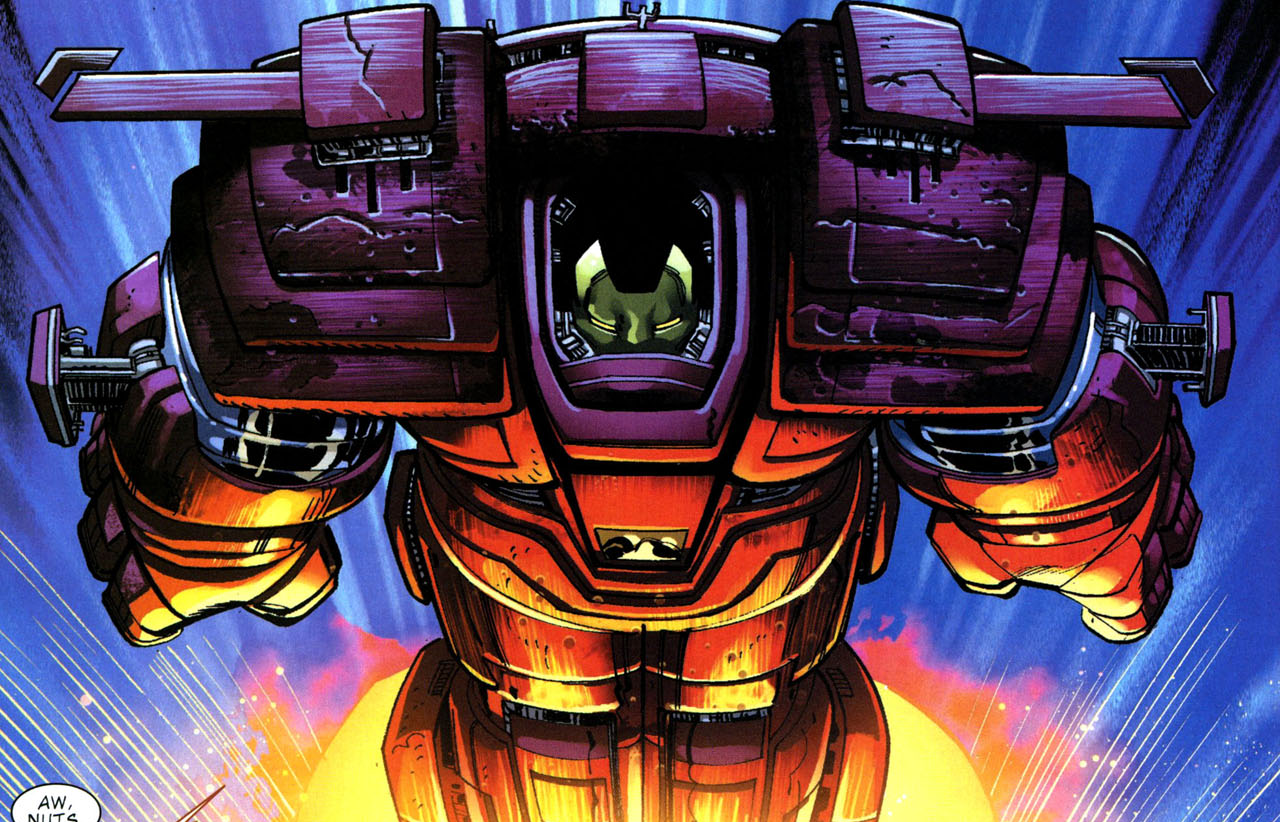 ‘I will protect you, no matter what it takes’

Taking on the perspective of Iron Man in a fully decked out Hulk Buster suit we watch the Director of Shield commence Battle with the Incredible Green Giant.

Bombarding the Hulk with deadly assault after deadly assault, the two battle it out across the New York skyline in glorious fashion. Iron Man injects Hulk with Nanobites to suppress his power, fires rockets at him and smashes him through building after building.

But it isn’t enough.

Hulk bests the metal giant and the book does an outstanding job of portraying the story of an underdog. It’s hard not to get caught up in the action and Marvel fans will lap this up.

It’s breathtaking to watch Hulk Battle through the Marvel Universe’s cast of characters one by one. Highlights include She Hulk, Storm and The Blue Eyed Thing. Every Battle Ramps up the tension and whilst the novel is pretty much just a big fight, the execution and pacing are so perfect that it’s hard not to become completely wrapped up in its grandiose structure.

The return of Bruce Banner

Infiltrating the Hulk’s mind, Doctor Strange is able to subdue the Beast. Returning to his human form we get an intriguing look at how anger can shatter one’s psyche and it definitely adds a wealth of personality to the book, even if it is short lived. Romita handles the transformation expertly and there is a lot of humanity demonstrated through very little.

Brutally breaking Strange’s hands, The Monster returns. Seizing control of the city, he sits atop a throne. Unstoppable in his rule, it seems the Hulk has won. 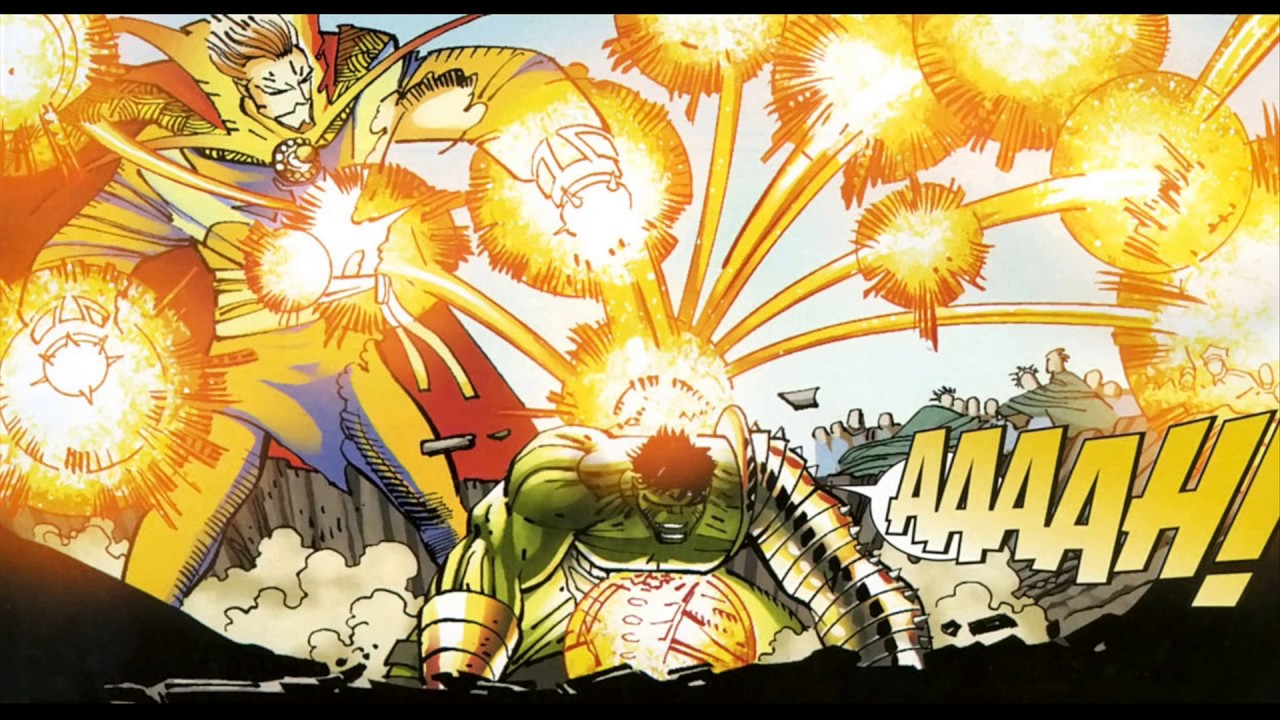 Channeling the power of an extra-dimensional demon named Zom, Doctor Strange launches his counter-attack. Failing once more, the heroes are captured and forced to experience gladiatorial combat in the same way that Hulk did when he was initially banished.

The pace during this section drops drastically and the storyline loses its biggest selling point which is a shame as it’s a minor misstep in what overall has been a brilliant storyline. I understand this necessary setup was included for the eventual finale which delivers on a lot of levels but it does feel like it holds the book back from utter perfection.

Ending in a great showdown the book climaxes by reminding us that there is the potential for good.

World War Hulk is an outstanding graphic novel. It succeeds on a number of levels and whilst there are faults, each one of them is minor enough that you can overlook them quite easily. Far superior to the mundane Planet Hulk, this is one of the best Marvel graphic novel storylines that I’ve ever read and it definitely deserves the critical and commercial acclaim that it has received. Ending the quadrilogy beautifully it makes the entire series one that all those who read it will remember.

If you enjoyed Thor: Ragnarok then you owe it to yourself to pick up World War Hulk, it’s phenomenal from beginning to end.