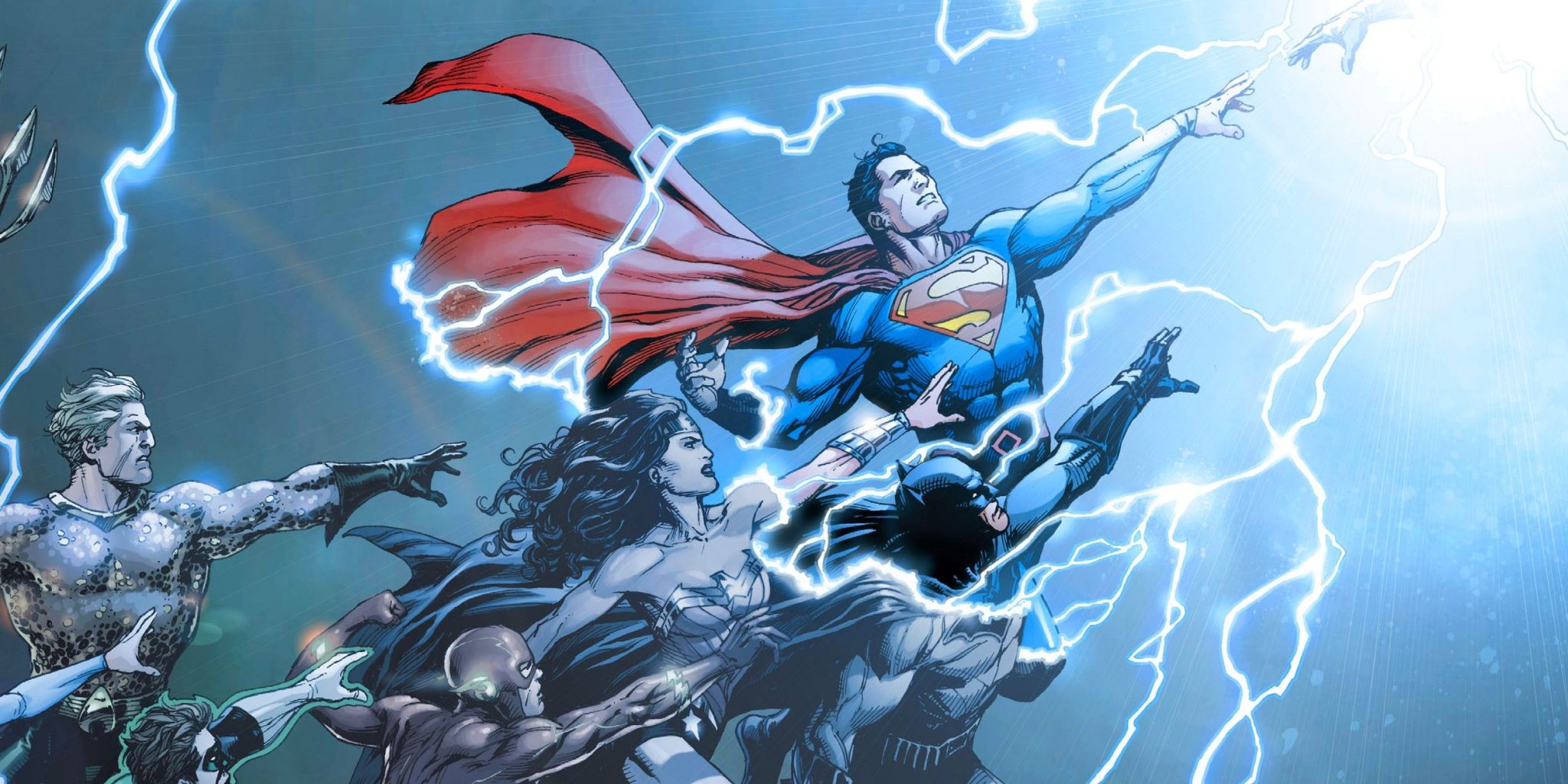 The Rebirth Of DC Comics

In 2011 the New 52 was a huge shake up to the DC universe that reset it’s canon (almost) and tried to set things back to the status quo. We are now five years into it and it has had it’s highs and lows and it feels like it has run it’s course.

One of the biggest flaws is that the world feels a bit bleek. Batman has had one hell of a time, Superman is dead and the Justice League never smile….ever.

Geoff Johns, the current CEO of DC has went on the record and stated that he wants the heroes to embody hope like they used to and due to this the comic company have decided to have another soft reboot that will get rid of what doesn’t work from the New 52 and keep what does. What could go wrong?

I read the initial comic and really enjoyed the story even if I thought that some of the twists were a bit uneccessary. With the release of this deluxe hardcover edition I decided to review the book to see if it’s worth it’s new price for those who have already read it.

If you haven’t read the story then you need to know that it centres around Kid Flash aka Wally West. He has had a bit of reinvention in the New 52 and his older incarnation hasn’t been present at all so from the off it’s great to see him return. He’s grounded, intriguing and an underdog so it’s easy to route for him from the get go. Throughout the run he travels from hero to hero, trying to get pulled back to reality and through his eyes we see how each character has grown and where they stand within Rebirth. This style of story telling does a great job of developing his character and those that he visits on his journey.

Initially he travels to Batman, who is overseen brooding in his cave, confirming that there are three jokers and always have been. I don’t know how the ‘World’s Greatest Detective’ has only just noticed this but it’s clear even from the outset that there are going to be A LOT of changes within the universe. To be perfectly honest, I don’t really like this change but it is quite thought provoking. Perhaps Batman did kill The Joker in The Killing Joke, perhaps one of The Jokers is The Comedian (of Watchmen fame…i’ll get onto that later) perhaps DC just wanted to mess their universe up a bit and make the mysterious clown Prince of crime that much more of an enigma.

Wally tries to latch onto the Dark Knight but can’t. It’s very similar to the scene from Batman V Superman and does a lot better at informing the viewer than the film does (a lot of which was confusing).

This is repeated as Wally goes from character to character trying to be pulled out of the speedforce. He explains how he has become lost in time whilst giving depth to the other characters. We see that Damien is a teenager, we learn of Superman’s disappearance ad the book balances it’s epic feel with it’s humane one.

Who Watches The Watchmen

There are Watchmen easter eggs sprinkled throughout and it certainly sets up their future adventures in an interesting way. I’m very curious to see what their arc will be as I think their inclusion is there purely to sell comic books. It seems slightly unesseary but if their run is told as good as this book is then I doubt I will be complaining.

It’s ironic that Alan Moore had to create The Watchmen because DC wouldn’t give him the copyright for the Charlton characters that they purchased. Ofcourse the Charlton ones have became obscure whilst Watchmen have movie and prequel tie ins.

The art is beautiful and very reminicent of Flashpoint (the book that began the New 52). Every character is drawn realistically and it showcases just what DC is capable of.

Wally is the audience voice and throughout the 80 pages of the book I really began to feel for him. We see him voicing the doubts of that previous run, Wally is confused at the changes, much in the same way that we were those 5 years ago.

Ofcourse not all changes are bad, it’s a truly great moment to see Nightwing putting his costume back on and using Wally’s speed to allow him to dot about from character to character is inspired. Only a speedster could’ve pulled this book off and it’s a stroke of genius that they have used Wally in this way.

When Flash (Barry Allen) pulls Wally out of the speedforce it’s truly a triumphant moment that I believe has been unmatched in comics this year. It’s a moment of joy and slightly tear jerking (in a good way) that really speaks volumes to the level that comics can reach when engineered correctly. 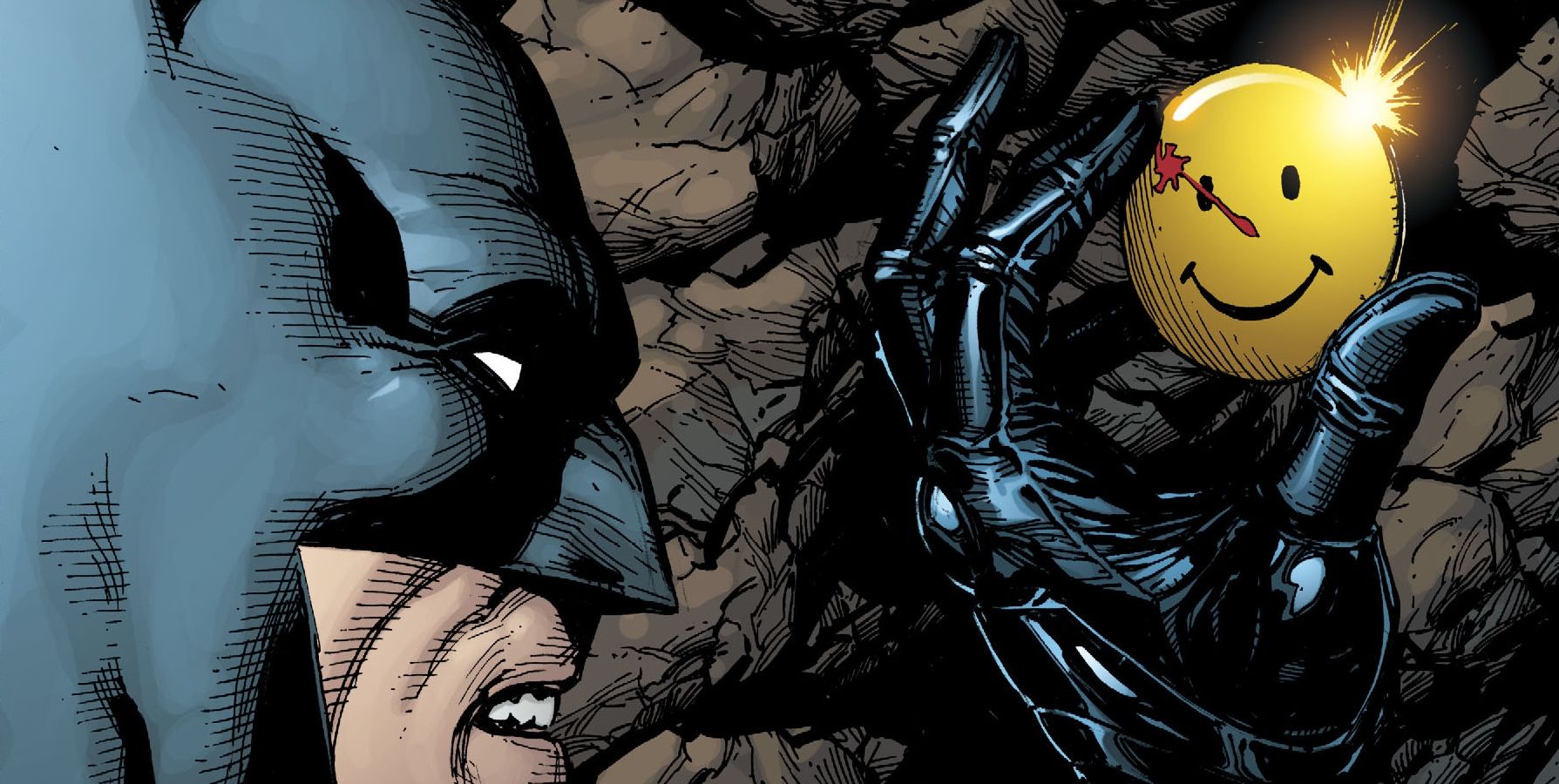 Who Watches The Watchmen

Ofcourse being a new chapter in the DC universe means that there HAS to be a cliffhanger. We see Batman discover The Comedian’s pin within the cave and are left wondering who put it there, why it’s there and what it means for the future.

The Watchmen is brought fully to the forefront as we see the book play a huge homage to the original work. From this I get the feeling that they are going to be villainous within the universe but only time will tell.

The book leaves you wanting more and that is the most important thing and whilst I disagree with some of the changes, I cannot fault how they are handled. The art is breathtaking and the pacing is flawless. Johns has done a brilliant job of covering almost every character and leaving us desperate to find out more. I can’t recommend this story highly enough. Whilst the deluxe edition is not a huge improvement (it features some character designs) the book is still worth picking up to re-read in a sturdy hardcover.

I cannot recommend this enough.