Welcome to the Heavy Spoilers show, I’m your host Deffinition and the Walking Dead is back with its seventh episode of the season that sees Siddiq…sideeking answers as we learn exactly what has been causing the character to suffer from PTSD.

I’m sorry, I’m sorry about that sideeking joke, if you turned off now I wouldn’t be mad.

If you’re still here, then episode 7 has a lot to unpack from it and throughout this video, I’m gonna be breaking down everything that you need to know about the latest entry as well as what we can take from the ending.

There will be heavy spoilers here so if you haven’t had a chance to watch the episode yet then I highly suggest that you turn off now.

But with that out the way, I just wanna give a huge thank you for clicking this video, now let’s get into Episode 7 of Season 10!

Ok so just a quick recap on the season so far, Alpha has been launching strategic attacks against the Survivors in order to wear them out so that she can launch her master plan and take them down. Though there is no evidence to prove it, it’s pretty much become the ‘Epstein didn’t kill himself’ conspiracy of the show and last week Carol and Daryl or as I call them…team Caro…daryl…DarylCarol managed to capture a member of the Whisperers to get to the bottom of it.

Siddiq has also been going through a lot and not just because he’s trapped in a love triangle with the most manly mullet anyone has ever seen since Billy Ray Cyrus but also because he’s hiding a deep and dark secret.

The episode opens with a nightmarish flashback of Alpha talking to Siddiq. He just can’t get her out of his head and unfortunately she’s not exactly Kylie Minogue, infecting his psyche and clearly affecting him. Mirroring this, there is a disease that is ravaging the community that is really tearing them apart. Siddiq is pretty much the on-call doctor and there is a clear focus on the water supply early on in the episode that is revealed to be the thing carrying the disease and passing it on to the people.

Nothing compares to what Siddiq is going through and yes that’s our first Sinead O’Connor joke of the video and every time he closes his eyes he is haunted by Alpha. This includes a premonition of a hand covering his mouth which has greater significance in the episode later which I will get into down the line. 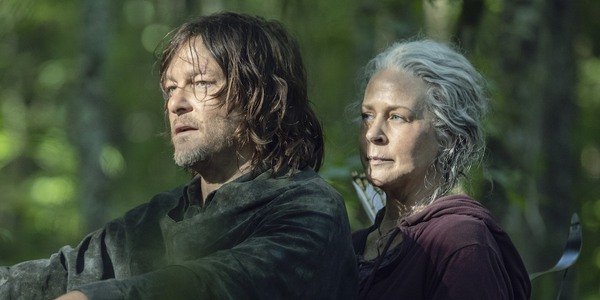 In the background of the episode, there are two groups that wish to get information on The Whisperers in some ways though their methods vastly differ. Carol and Daryl are willing to torture, manipulate and interrogate their captive from last time in order to get the truth whereas Aaron uses his charm and good looks to try and woo Gamma into giving up the info. It’s two vastly different tactics and I can actually see the latter working a lot, especially with how easily we know that Gamma can be manipulated, I mean this is a girl who offed her own sister and it wasn’t even because her parents kept saying she was the favorite.

However, there comes a beacon of light in Lydia who suggests that the group let the Whisperer captive see just how good life is on the other side and that an idea like that can be dangerous, it will spread and Alpha can’t stop it.

Before we get an inception sequel we cut to Siddiq going to visit the prisoner in the cell and The Whisperer captive recognizes him. Now, chances are if you’ve been watching the show then you’ll know by now that Siddiq was there when Alpha did her Pikeathon and this episode confirms it. Giving the character a flashback when he looks at a fence with spikes on the top.

The Humane Thing To Do

Carol does actually seem open to the idea of trying the humane and kind way to win the prisoner round and she takes some of the delicious bread that they seem to have a none stop supply of to the captive. He spits it in her face worse than Terminator Dark Fate spat in the face of fans in the first five minutes, don’t at me, and shows Carol that maybe she was right in the first place. She quickly becomes a Guantanamo Bae and decides that torture is the best way to get to the bottom of it.

The captive says that he is loyal to Alpha because she sacrificed her own daughter. Carol wants to show that the Kool Aid Alpha’s been making people swallow isn’t as sweet as they think and she wants to dump her in front of him to show the truth. It’s interesting how Lydia has pretty much become a pawn in both the whisperers and survivors game and when Gamma sees her later on Lydia rightly so she feels used and decides to run off. It’s gonna be the thing that destroys the Whisperers and Alpha, well she has some splaining to do. Carol really did manipulate Lydia so you can see why she felt the need to run off to the camp, potentially Negan.

Gamma realises that she killed her sister to impress Alpha and breaks down, knowing that she’s on the wrong side.

When the captive dies in the prison, due to the Dante’s care, it becomes pretty clear to me that he is an inside mole. Now he does manage to shift blame to Siddiq who packed the medication that provided the fatal dose, however, there’s just something about Dante that is rather strange. You feel it too right? Just something about the character has seemed off and as we get into the latter part of the episode it all becomes crystal clear.

As mentioned earlier, we learn that the sickness in the camp is caused by contaminated water and though Siddiq has been the one carrying this, Dante has been pretty close to it too and he has likely been the one that has passed it on through the camp. He has been the primary caregiver and surely due to the time that he has spent with the sick, he has been instrumental in this.

All it took was a lever twist to make everyone ill and Siddiq flips the switch literally to fix the problem, leading me to believe this was turned on purpose by Doctor D.

Dante gives it all away when he and Siddiq talk and initially he is the comforting friend, almost getting away with it if it wasn’t for that pesky tick that triggers a flashback with Siddiq, reminding him that he was there when Siddiq watched his friends beheaded.

Dante was the one who said the titular line ‘Open your Eyes’ and forced him to watch Enid die. Siddiq and Dante fight with the latter now saying ‘close your eyes’ which is a nice little flip on the title. Dante puts the character in a sleeper hold which is when the episode ends and we cut to black. 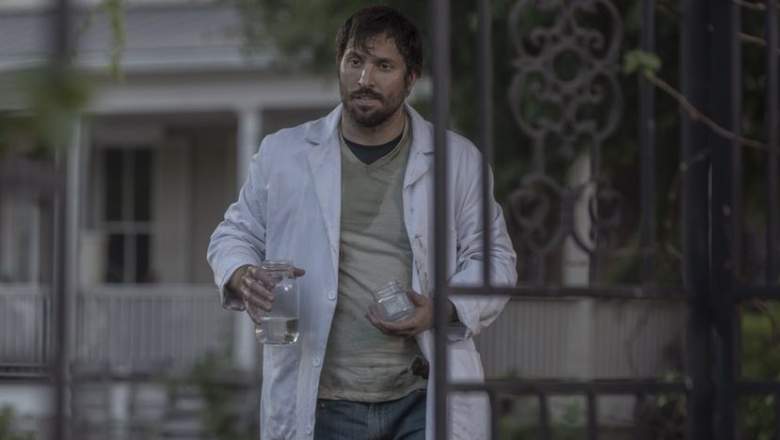 Now who exactly Dante is we don’t know but personally I think that he was originally a member of The Whisperers that was used as a mole and eventually he fell in love with his newfound life and decided to remain there. He made Siddiq kill the captive by packing the bag and used the character’s own paranoia to make him doubt himself. He carried out the murder because he knew that The Whisperer would recognise him and that his cover would be blown. Basically he didn’t want to lose this new life so had no other option but to take him out and this is cemented for me by Siddiq’s discovery.

Dante was no doubt a member of the whisperers when they carried out the beheadings but he’s left that life now and will do whatever he can to remain hidden including killing Siddiq. I have seen some people say that they think Siddiq is alive but off the trailer for next time it looks highly unlikely.

Next week is the midseason finale and it looks like there is a big funeral which, yeah, no brainer is Siddiqs. Dante has been found out and we do see the character getting punched by Daryl and also sitting in the jail cell. This is where it’s gonna all come out and all the people who think that Alpha hasn’t been attacking the camp will be proven wrong, thus leading to the Whisperer War.

It looks like Michonne finally arrived at Oceanside too and this will be a nice little segway, cos yeah I almost completely forgot about that.

The biggest thing though is what is going to happen in The Whisperer camp as we know that Alpha has been rumbled. Everyone looks to be taking her head on but I actually think that the attack will come from the inside. Now huge spoilers for the comic books here so if you don’t want to know what happens to Alpha then I highly suggest that you turn off now.

However, in that during a moment of weakness, Negan slits her throat and beheads her. Due to his relationship with Lydia and in general, sympathetic view of kids, he will see first hand how Alpha treats her daughter and make his play which will include killing the character. I really can’t see Alpha surviving beyond the next episode due to what the comics are like, though they may drag out her death until the end of Season 10. I do think that we will begin to see the collapse of The Whisperers though pretty soon, perhaps even with a new leader being appointed.

I hear Dante is free.

Now obviously I’d love to hear your thoughts on The Walking Dead so far and what you hope to see in the upcoming two episodes. Comment below and let me know and if you enjoyed this video then please give it a thumbs up and make sure that you check out my full break down of the series so far which will be linked at the end.

We go over everything that you need to know about the season and give our predictions for where it’s heading so it’s definitely worth checking out if you wanna know more.

If you wanna come chat to me after the video then make sure you follow me on twitter @deffinitionYT or head over to my discord server which will be linked in the description below. Those are the best ways to keep up to date with all the latest videos on the channel so hopefully I see you over on one of them soon.

We’re also giving away a free copy of the Marvel Phase 3 Part Two Box set on Blu Ray which contains Black Panther, Infinity War, Endgame, Captain Marvel and more and all you have to do to be in with a chance of winning is like the video, make sure you’re subscribed and leave your thoughts on ________ in the comments below. The winners gonna be chosen on the 15th of December and the set will be shipped out from then so best of luck to everyone who takes part.