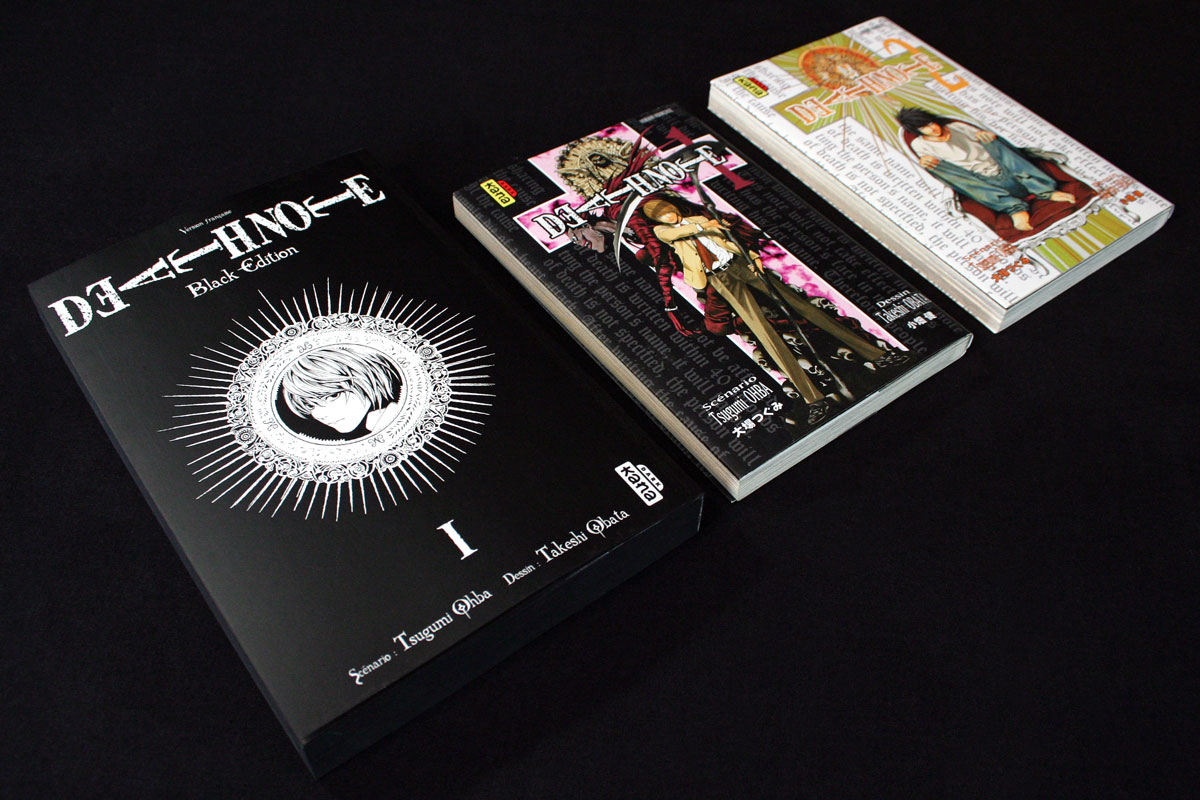 The Death Note franchise has produced an array of books, anime shows and movies…and I know nothing about it. After seeing all the uproar that there was about how poor the Netflix movie was in comparison to it’s source material, it was hard not to get curious.

Running a predominately comic book review related website means that I always have to be on the look out for potential series to dive into and what better one to check out in 2017 than the critically acclaimed Death Note.

I have to admit, I’m not a manga fan, not because I dislike it, just that I’ve never read it. Taking me out of my comfort zone, I’m expecting great things from this book and it will be interesting to see if it delivers. Hopefully this review helps to inform those who haven’t read manga before but, like me, are looking to get into it and want a good place to start.

This could be amazing…or a crushing disappointment (I’m hoping the former as I’ve ordered every volume and that will be a BIG slog if it’s rubbish).

So with that out the way, let’s dive into Death Note Black Edition Vol. 1 Review.

A Matter Of Life And Death

We follow Light, a timid, over achieving, high school student who after finding a Shinigami’s death book, sets to mould the world in his image. Joined by the book’s owner, Ryuk, a Gothic-Edward-Scirssorhands looking demon, he begins to grasp the power of a God.

Whoever owns the book can kill anyone’s name that they put in it and this gives Light almost unlimited power.

Throughout the first volume we see Light become a crime fighter. Striking down those who have done wrong in his eyes. Watching the news almost 24/7 he builds up a repertoire of names, cleansing the world of their criminality. Believing that once the living realise that the bad are being struck down, they will be forced to become good, the story takes on an almost biblical stance.

How often is religion used to make those act well in order to avoid hell? That is a world that Light seeks to create.

Immediately I was hit by the stories metaphorical similarity to the Holocaust. During this period ‘distance killing’ was created when psychologists realised that if people were removed from the act of committing the murder themselves, they would find it easier. Thus gas chambers were invented that could execute people by the hundreds at the push of a button. The perpetrator never having to truly get their hands dirty.

That’s exactly the kind of power that Light wields and whilst initially his intentions are good, they don’t go uncorrupted or unnoticed. 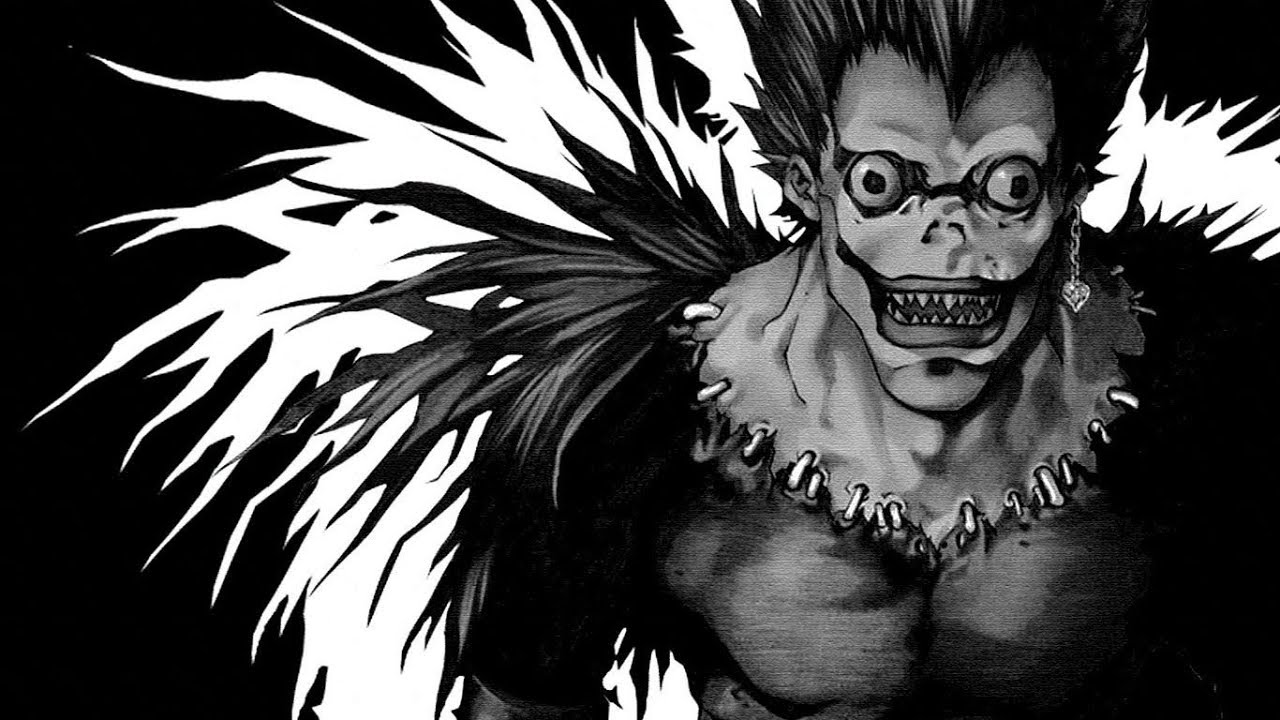 I have to admit when first opening the book, having to read what I would class as ‘back to front’ was a bit difficult. It’s not a huge adaptation but you may get some plot elements in the wrong order and you sort of have to rewire your brain in order to truly understand the story. It may not put off the majority just I know that some might perhaps rather seek out the Anime if they have a certain way of reading things. Whilst it shouldn’t really detract from the story, I am reviewing this for Western Audiences so just thought I’d put this in as a pre-emptive warning for some.

Sorry for being an idiot!

Killing with a Stroke Of The Pen

Realising that there are murders being committed on a mass scale, Interpol slowly begin to investigate. After hiring their best person for the job, an unknown identity simply referred to as ‘L’, they begin to track down Light. L’s methods are brilliant and without spoiling them the ingenuity he shows really allows you to side behind the mysterious pseudonym.

L acts as a prototype for the real world internet group ‘Anonymous.’ Seeking neither fame nor glory, the investigator merely seeks to solve the unsolvable. A modern day Sherlock Holmes that becomes enthralling to watch as we journey through the story.

As he knows neither his face or name, Light is powerless to stop him. It really heightens the tension knowing that the one person who could end the chaos is also untouchable for our protagonist and makes for a thrilling first Volume.

Light realises that he must begin to hide his tracks. By hiding the time of death he is able to remove suspicion that he is unable to kill at certain times because he is attending school. Throughout the story it’s gripping to see how Light and L react to one another. Countering the other to throw off suspicion in this deadly game of cat and mouse.

These opening chapters are outstanding and even though we primarily follow a villain and character with no name, they are still easy to become invested in.

Answering all the question

What I adore about this book is how intelligent the characters are. Light and L are both smarter than I could ever be and in seeing many of their methods they answer many of the stupid questions that a reader would ask in advance.

When hearing of Death Note from a friend I used to pose things like ‘well how would they hide the book?’ And ‘how would the police track them down?’ This book answers these questions and more in beautiful fashion and really has no fault in its determination to create characters who are superior than most readers (myself included) in intellect.

Light mercilessly plans ahead for every contingency and he’s wonderful to watch in his wicked ways.

Being this bad was never so good.

Ironing out the weaker police task force members, L finally shows his face to the remaining members. The trust that he puts in them allows him to becoming slightly less enigmatic and as a reader we gravitate towards him more.

He’s still a bit of a weirdo though.

Pasty, shrivelled and a loner he’s the complete opposite of what you would expect a hero to look like. He’s an updated, modern day version of a leading man. A millennial who spends more time in his room than he does in the real world, L captures our generation perfectly.

Gone are the stereotypical muscle bound action heroes of yesteryear, replaced with the more realistic representation of a do-gooder that L represents.

It’s an unorthodox but completely believable presentation of the standards of the modern world and because of this the book is elevated in stature. 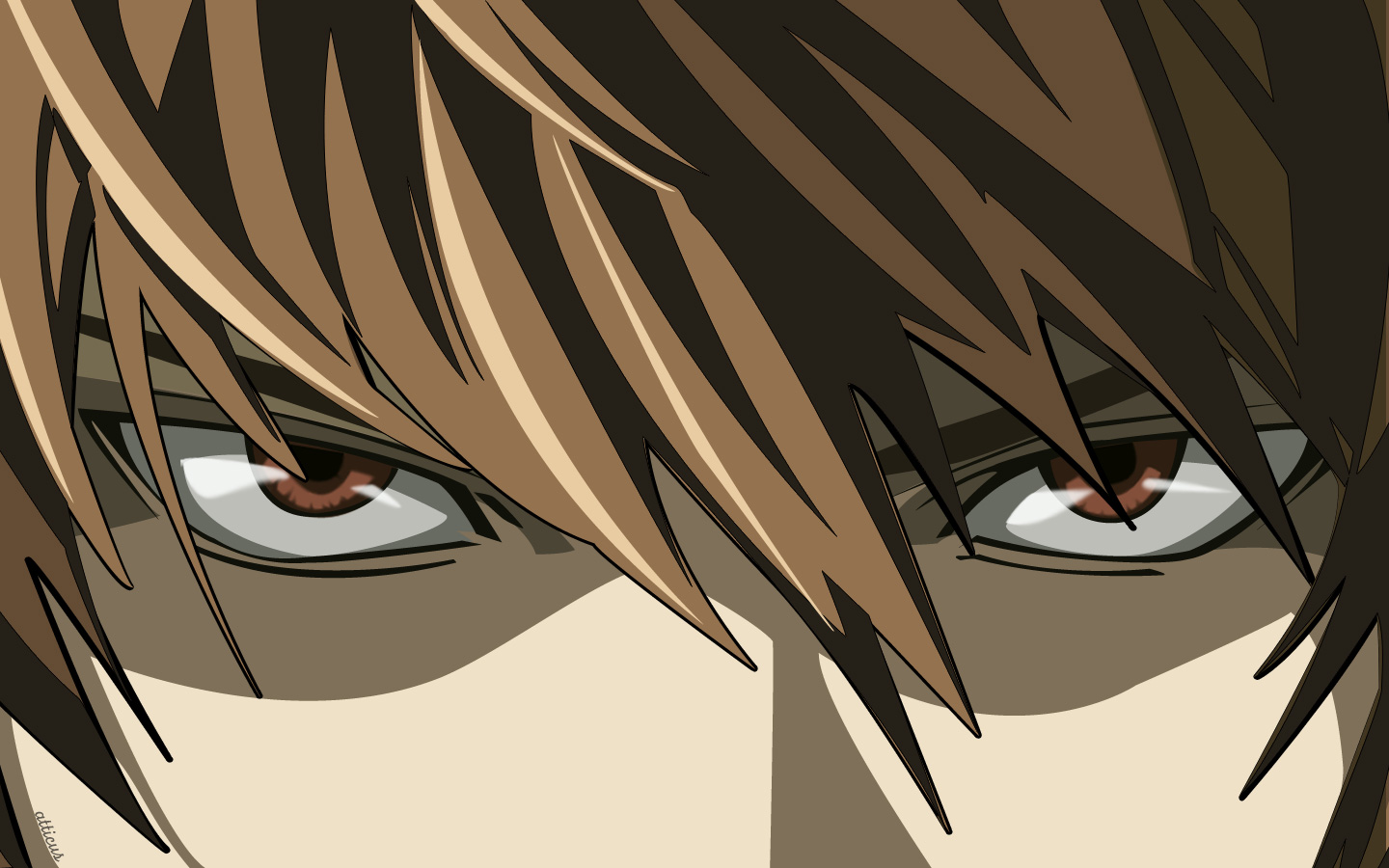 The Makings Of A Monster

As family members of Light’s victims begin to close in on his identity he starts to ruthlessly take them out. Acting as a friend first in order to get their name, it reminded me of the underhanded techniques that serial killers would use to capture their targets. Bundy would put his arm in a sling, John Wayne Gacy would perform tricks with magic handcuffs and Llight….becomes a friend.

Almost deplorable in his tactics you begin to see the boy who was once murdering with good intentions slowly become a psychopath. Everytime he kills someone a part of the good person he used to be dies with them.

Ending on the surveillance of Light, the book finishes on an overwhelming feeling of paranoia. It’s a beautiful and emotionally driven way to end the plot in this first Volume that gives it a strong send off, cementing Death Note Black Edition Volume One as an outstanding opener.

Death Note is near unrivalled in my opinion. Completely smashing expectations it provides a breathtaking look at how absolute power corrupts absolutely. It’s tense, filled with drama and nail biting close calls that create an all round excellent story that will have you hooked from the off.

Ryuk comments that he couldn’t follow better human, I feel exactly the same. Light is the perfect character for any reader to get behind and I challenge anyone to find any major fault with this book.

If you are, for whatever reason, holding off on Death Note then drop all of your prejudices, get out there and get this book. You won’t be disappointed.