The Marvel Cinematic Universe is a bit of an anomaly in Hollywood at the moment. Marvel Studios have somehow managed to craft 34 projects that all interconnect with each other, and due to telling this ongoing story, they’ve managed to craft a massive franchise that delivers success after success.

Once the MCU started to take off, a lot of other studios also tried to get in on it. But where Feige succeeded, they all failed.

This has happened every single time, with studios constantly announcing that they have a shared universe on the way that ultimately never ends up getting off the ground.

But why is it so difficult to do?

Even DC, who have a similar structure and character roster to Marvel, have found it difficult to catch up to them, There are way more dead universes than live ones right now.

Throughout this post, we’re going to take a deep dive into the strategies and successes that Marvel used and also go over why so many other studios don’t understand the key fundamentals of universe-building.

This was inspired by the Warner Brothers Discovery Investor call last week, in which David Zaslav talked about how DC is putting a ten-year plan in place that will mimic Marvel Studios.

It’s something that the studio has tried to do before, and I’m surprised that they’re taking this route.

Both The Batman and Joker were released to both critical and financial success, and with them being standalone, I thought they’d try and focus on something like that. It seems like the studio is not learning from the past lessons. And though I don’t want to just s**t all over the company, I think it is interesting to study why Feige succeeded where so many have failed.

I think there are going to be a lot of opinions on this, so if you agree with us, let us know.

Now, to talk about this, we first have to go back to what things were like in 2008. Every time I’ve talked about this on a video, I’ve always had some fifteen-year-old either say I’m talking s**t or completely rewrite history to make their point.

But I was there. 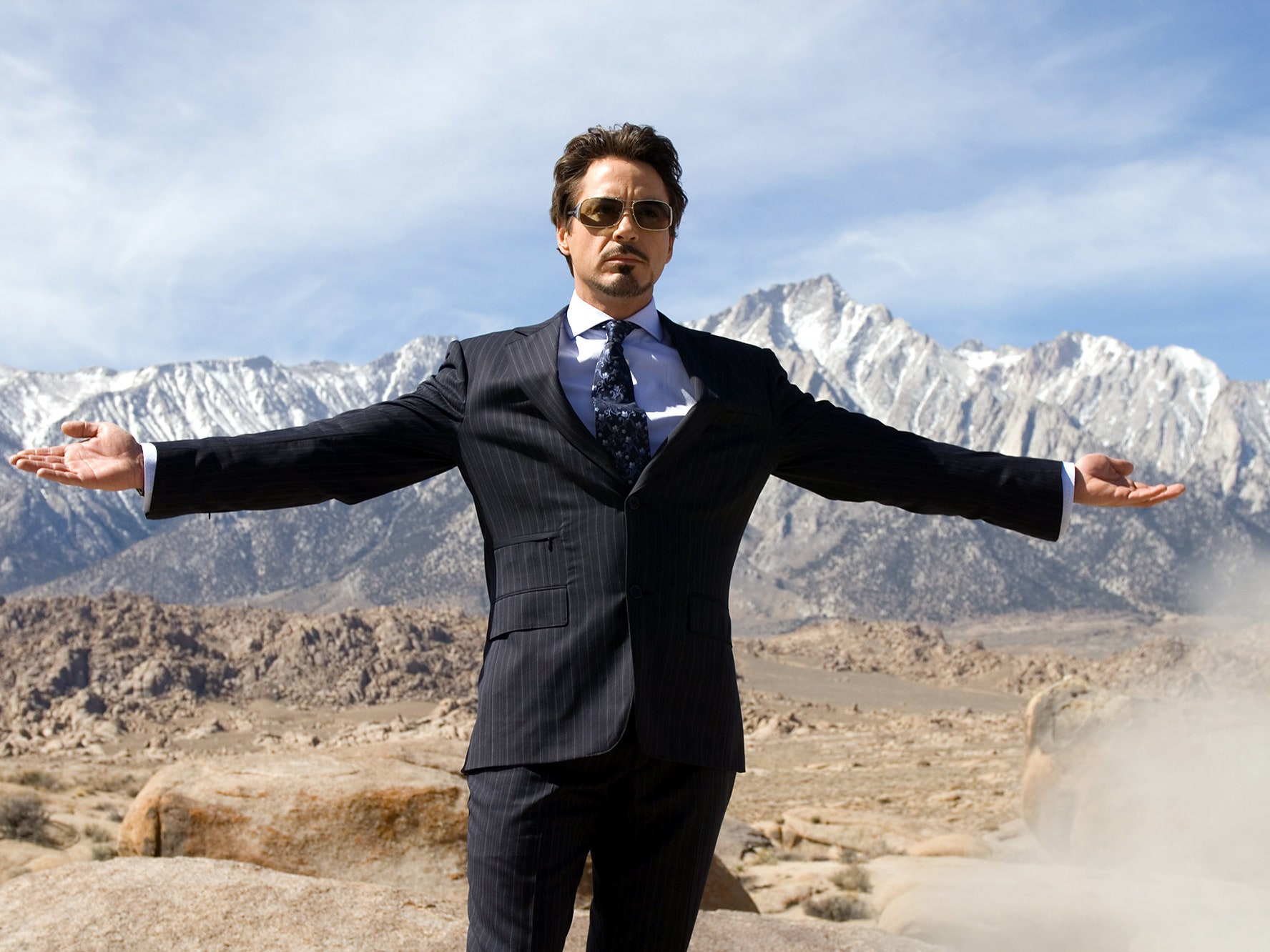 I think that this is the first major thing a lot of studios forget when launching their universes, and it’s ultimately why they also panic and fail. During the ’90s, Marvel sold off their most popular characters. Because of this, they lost the movie rights for the X-Men, Spider-Man, Fantastic Four, Hulk, and more.

Marvel was pretty much left with the characters that no one wanted. Because of this, there was no real pressure on any of their output to perform well. If Iron Man did above adequately, it would be seen as a big success, because there was no mainstream belief in the film.

This is the complete opposite of how things are with DC. Because Batman, Superman, and Wonder Woman are all household names, it instantly becomes a problem if they even slightly underperform. We saw it in the case of Man Of Steel and Batman V Superman – when these characters didn’t completely break the bank, it made the execs panic. And we all know how the “Josstice League” turned out.

Marvel slowly started to put the pieces in place for assembling the Avengers, helping out with Universal’s Incredible Hulk and dropping Iron Man 2, Thor, and then Captain America. Because they hadn’t yet invented the shared movie universe, there was no pressure on them to connect the narratives, so when Marvel releases weren’t a massive success, it didn’t matter all that much. If you look at the box office takings for these films, they’re all pretty modest in comparison to what would come down the line. This lack of expectations meant that Feige and Co didn’t s**t the bed and deviate from their overall plan.

Nowadays, studios announce their entire ten-year plan before they’ve even made the first movie, so they put the pressure on themselves that if one fails – their entire universe is f**ked from the jump. Marvel didn’t do this from the outset, and though we had teases of the Avengers coming, they could easily have kept giving us solo movies for as long as they wanted. We didn’t expect a team-up to be coming by a certain date.

Movies involving characters like Batman also come backed by big investors. If one performs in even the mid-range, it’s going to make the studio panic because he’s such a big name. Though people say that Marvel had to work with the C-team, this was actually an advantage – there wasn’t the mindset that these guys should be pulling in billions with every movie. For example, say DC launched a new universe with the Teen Titans, do you think that people will view it as a failure if it doesn’t rack up record-breaking ticket sales? Probably not. There’s no expectation for these characters to completely kill it.

On the opposite side of this, the idea of panic also massively affects the overall slate. Studios will change direction in a second if a release doesn’t immediately go to plan.

If we look at the Rotten Tomatoes scores for films like Iron Man 2, The Incredible Hulk and Thor, they’re all pretty good but not amazing.

These are three films that were released back to back and they’re ones that often rank lower when fans are picking out their favourite movies from the franchise.

No studio nowadays is willing to settle for back-to-back movies that score in the 60-to-70% freshness range on Rotten Tomatoes. Instead, they immediately expect everyone to love their franchise, buy all the toys, and take it to the next level.

Building a fanbase takes time. And we’ve seen in the case of the Snyderverse how people slowly started to come around to it rather than everyone being on board with it from day one.

Too Focussed on the End Goal

Every studio is so fixated on reaching the stage Kevin Feige is at now rather than where he was when he was building the MCU. 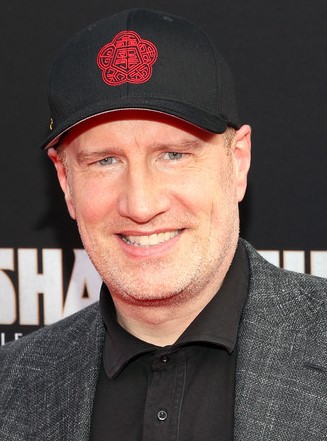 They don’t understand the building blocks and slow build that it took to get there. Marvel is now such a staple that everyone expects to be able to copy them and instantly gain the same results.

Feige took several risks early on with characters that weren’t expected to do well and waited it out through mediocre reviews and middling financial gain because he understood the foundation that these films would build. Every release had its own fan base, and though they necessarily didn’t connect with everyone, there was enough in each movie to attract new admirers. As a result, when Avengers launched, the fan bases for each project came together because they all had a vested interest in what was going on.

Studios need to do the following if they want to succeed.

So What Should They Do?

Firstly, don’t announce a massive universe from the jump. It puts pressure on you to have everything together and leaves no room for mistakes. I think that Matt Reeve’s Batman was clever because they distanced themselves from the main DCEU. Because of this, there were no expectations of it to build a universe. Hearing that we’re now getting a sequel and some spin-off shows is more of a nice surprise rather than a foregone conclusion.

Don’t expect everything to be a hit – and if it’s not, that doesn’t mean that the universe won’t work in the long run.

Iron Man 2, Incredible Hulk, Thor and even Captain America all saw fair success, but they established those characters as familiar so that we cared about them. Marvel took their time and didn’t put any pressure on themselves. Because of public perception, these characters weren’t expected to do wild numbers.

This should be the same for all that comes as part of DC’s ten-year plan.

10 years is a long time, and you need to build towards that rather than expecting all the movies to be hits from day one. There will be stumbles, falls, and some that don’t necessarily work. But give them room to breathe, let people come to appreciate them, and avoid changing direction just because they don’t completely hit a home run.

That’s why it annoys me when studios say “we will just copy Kevin Feige.” The man is the blueprint, but he’s shown time and time again that it’s difficult to replicate his strategy because no one else seems to have the patience or foresight to pull off what he did.

They all want instant results and won’t wait it out. Therein lies their downfall.

As much as I want this new 10-year DC plan to do well, the cynical side of me thinks about how we’ve heard this all before. DC has (unsuccessfully) rolled out this type of strategy three times in total.

That takes me to my final point.

Stick to the plan

In the call, Zaslav said that if they think a movie is crap, they won’t release it. However, this doesn’t work with shared movie universes if they’re building towards a larger whole. For example, if you take Thor: The Dark World out of the MCU, a lot of the other movies won’t make sense. They will waste countless millions creating movies to shelve them if they go with that ideology. They’ll have to force the character development from said movie into other instalments – it just won’t work. Not even Marvel gets every single film in their shared universe spot on, and, unfortunately, you will have to put out crap. In the long run, though, it will all connect and make sense. I don’t think that the notions of a shared universe and shelving substandard projects work, which is why I’d rather they go with standalone movies if that’s their mindset.

I’m begging you, DC, to just take it easy, let things underperform, and have confidence that it’s worth sifting through the mud to deliver the great stuff further down the line.

I’d love to hear readers’ thoughts on this video – let us know whether you agree or not.