Skip to content
The Walking Dead: Volume 5: The Best Defense Re... 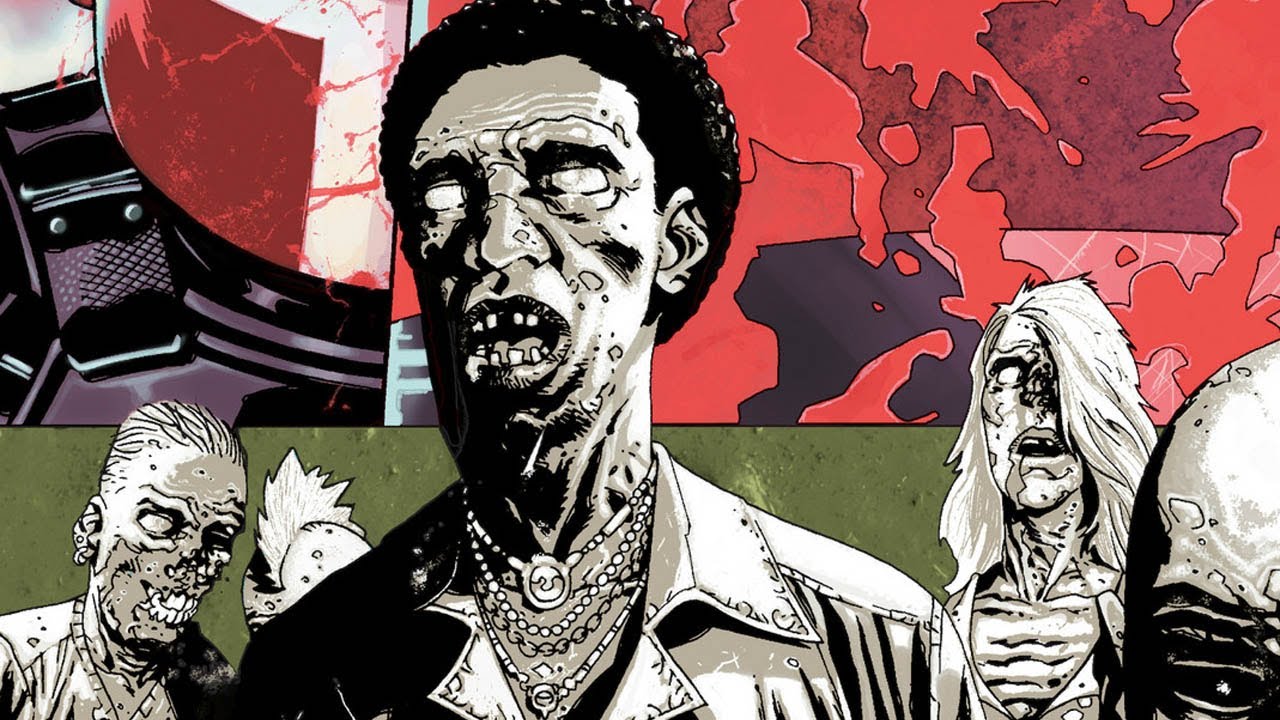 After The Walking Dead: The Hearts Desire delivered another knockout for the series I have high hopes for Volume 5: The Best Defense.

Volume 4 expertly introduced the ugly side of humanity and I can’t wait to see how this follow up elevates the stakes with a new cast of characters at the helm.

There will be heavy spoilers throughout this review so if you’d like to go into the story with fresh eyes then I suggest you skip to the score and come back to this review at a later date.

For everyone else let’s dive into The Walking Dead: The Best Defense!

‘Look Where We’ve Made Our Home, Your Armory, Gratefully Accepted’

Ok so the above quote may be taken from another comic book franchise but it still perfectly sums up the opening chapter. Rick and the gang, now bunkered down at the prison, discover its vast armory and with it all the necessary tools they need to survive the zombie apocalypse.

Tying into the title, Volume 5 is about hunkering down, collecting resources and turning the prison into the best Defense possible. That doesn’t however, mean that this volume is slow and once again the story of survival is beautifully paced.

I loved watching Rick and Glenn go on dangerous supply runs and the creative team introduce enough new elements to keep the action fresh and invigorating.

When a passing helicopter goes down over the outskirts of the prison, Glenn, Rick and Michonne set out to investigate. Things, of course, go awry and the group are left without a ride back which massively increases the tension in the tale.

It’s at this point that they discover that there may be more survivors. This is due to the crash site being ransacked and a flurry of footprints that go off in a direction away from the prison. It’s a tease that will really get it’s hooks into you as you turn page after page in order to discover who they belong to.

Back at the Prison things aren’t so simple either. Carol proposes to Lori and announces that she wants to marry her and Rick. To me, it was a very strange turn in the book and hardcore television Walking Dead fans may be massively put off by this. It seemed really jarring and took me out of the book slightly due to its left field arrival. 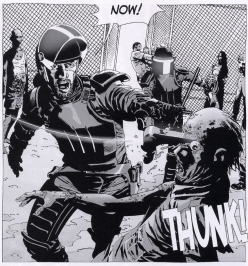 In the wilderness Rick and Co stumble across a new encampment, ran by The Governor. Fans of the show will already know of his wicked ways and the book wastes no time with letting you know that this is a bad guy.

Using zombies for sport, he really represents the worst of humanity and is instantly elevated to the worst threat that the survivors have faced from his introduction alone.

He cuts off Rick’s hand during their first meeting and leaves an incredible mark on the book that I think will stick with many readers long after they put the graphic novel down.

Michonne really comes into her own here too and bites off the Governor’s ear, setting up a huge rivalry between the two.

It’s stellar work and I adored watching the sheer lengths of depravity that the Governor went to throughout the work. He really is a fascinating villain and his sick and sinister side will really have you turning page after page just to see the lengths of his cruelty.

Whether it’s chaining his dead daughter up to the living room wall, storing heads of the dead’s in fish tanks at his house or making the living fight the dead for his own entertainment, he really is a point of hate that rally’s our group together and makes them step up to a new level in the war between the living and the dead.

It ends with the Governor discovering The Prison and readying himself for war against our heroes which is the perfect cliffhanger to close the book on.

The Walking Dead really has it’s hooks in me. I’ve went from a casual fan with just a passing interest to falling fully in love with the book.

The Best Defense is another phenomenal book and it beautifully sets up the events to come.