Skip to content
The Walking Dead Volume 2: Miles Behind Us Review 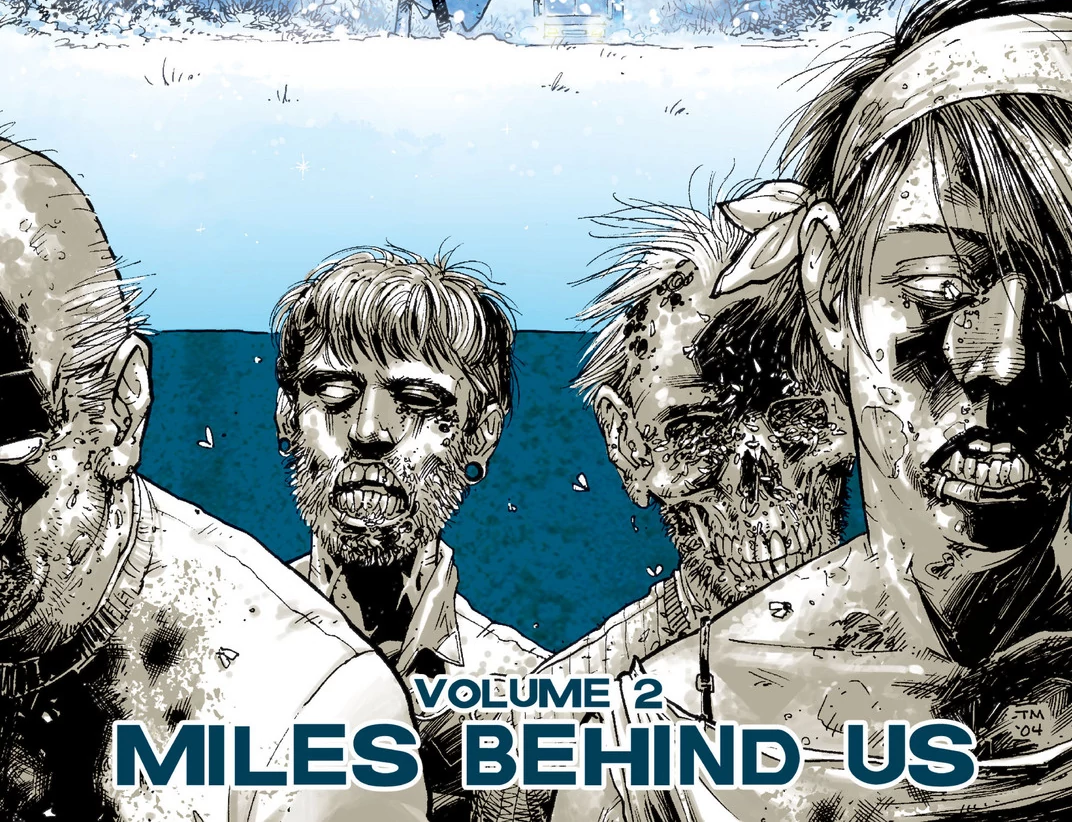 The Walking Dead Volume 2: Miles Behind Us Review By Deffinition

The Walking Dead Volume 1: Days Gone Bye reanimated a dead genre. Breathing new life into my interest on the IP (after Season 8 practically put a bullet in my brain) it stood as a shining example of just how excellent comics as a medium can be.

Following up on the story of Rick Grimes is ‘Miles Behind Us.’ This book has a wealth of potential and I am fully invested in how it will deliver on the plot threads that were left dangling like a slightly severed limb from the previous volume.

Will this book capitalise on grave consequences of the prior work or should this one be left to rot and fester?

Let’s find out and dive into The Walking Dead: Miles Behind!

Opening on a flashback of the night that Lori slept with Shane, it’s clear that this book isn’t pulling any punches. Painting one of the main characters in such a bad light is a bold move and it showcases just how multi-faceted the Kirkman creations are.

Christmas gets canceled, Carl has to deal with the fact that he’s a murderer at 7 and the whole camp seems completely shattered. These are real people, dealing with a horrific situation and it’s hard not to become fully invested in each and every one of them as they set off on the road seeking safety.

Elevating the stakes comes early on in the form of Lori’s pregnancy and watching the couple deal with the worry of bringing a child into this living nightmare is enthralling. Deep down all characters involved know that the baby isn’t Rick’s and it’s hard not to be completely sucked in by just how bleak this book is.

Bumping into a group of strangers on the road provides the first in-depth look at the group’s psyche. They encounter Tyreese and his family and while things seem fine and dandy on the surface, there is a lot of second-guessing and distrust on both sides.

The apocalypse has changed everyone for the worse and early on even the most straightforward conversations have a wealth of subtext to them. I loved watching the survival instinct kick in and there are several moments throughout that whilst seeming selfish, are totally understandable.

This squad will jump at any chance of happiness but constantly have to keep their guard up for how quickly it can all be stripped away and this overwhelming feeling of anxiety will definitely translate to the reader too. Trust must be earned and it’s outstanding to see what level the group must stoop to in order to remain in good favour. I was on edge throughout and Kirkman should be applauded for his ability to make even the most mundane situations nearly unbearable.

In what seems like the first respite from the Apocalypse, the group stumble across Wiltshire Estates. This abandoned suburban block of houses seems far away from the danger of the inner cities and finally the collective get to put their heads down for the night without the worry of Walkers.

It’s great to have some breathing room in a book like this and Kirkman expertly uses the downtime to form relationships and develop characters in interesting ways. It was a necessary balance that perfectly broke up the tension and I greatly appreciated not having my nails bitten down to the bone for five minutes.

However, this peace doesn’t last long and when Rick realises that there’s a reason the estate has been abandoned it is already too late. Swamped by the undead, the group face their first real test and I was completely engrossed in the action that played out. Not everyone makes it and it was a testament to how good the book had developed characters that I felt the losses as much as the people in the panels.

Watching the grief play out is enthralling and seeing each character deal with loss in their own way means that all readers will have someone that they can relate to and gravitate towards. 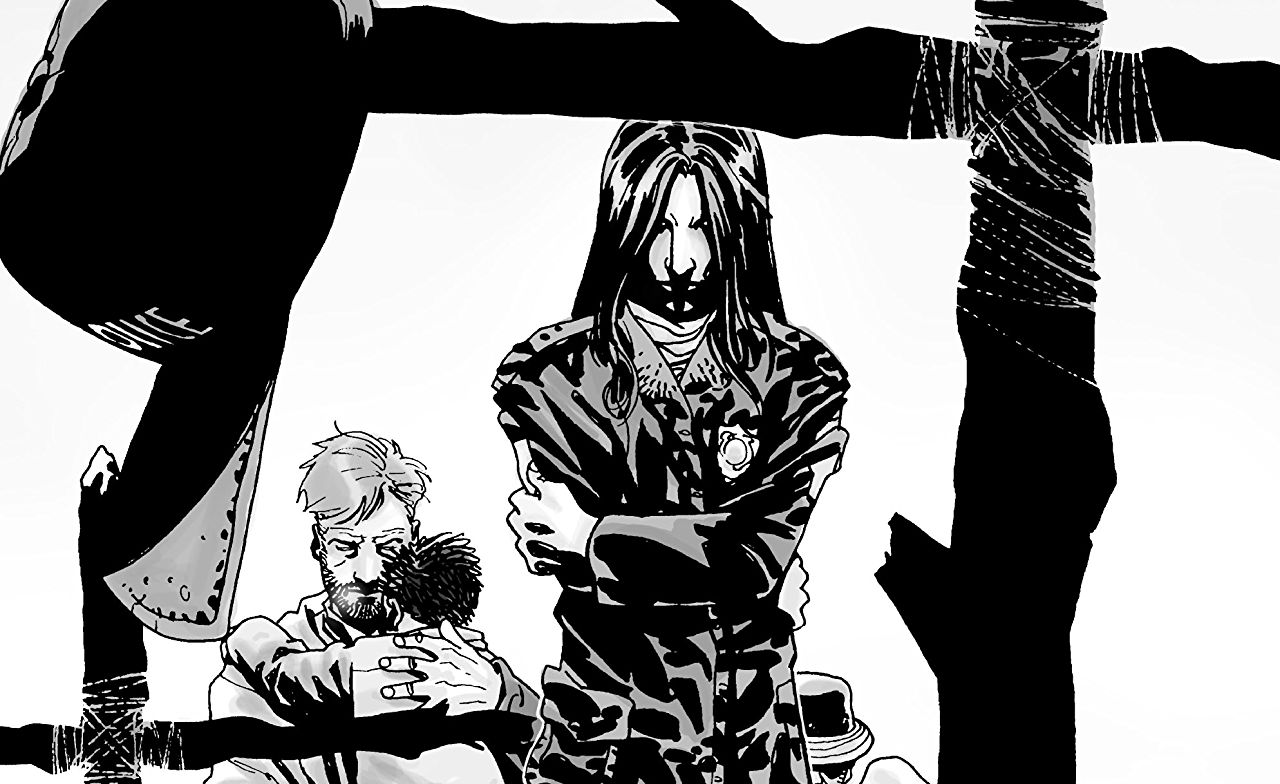 Exhausted and without a place to live, the survivors must resort to hunting in order to stop starvation. Sadly, Carl is shot during an expedition and facing death, Rick and co seek refuge at a neighboring farm in order to save the young boys life.

It’s here that they encounter Hershel. This God-fearing farmer provides conflict early on and watching the group walking on eggshells throughout made me gravitate towards them even more. They want safety but having to tolerate Hershel’s near tyrannical rule is truly testing and certainly makes what could have been banal, brilliant.

The main tension from this point onwards comes from the decision over what to do with the things that reside in the barn and it catapults the book into a tense action-packed thriller.

Believing that the Walkers are in fact merely sick and that there will be a way to restore them, Hershel has kept his deceased family members in the Barn. Obviously, after what they’ve been through, Rick and co are terrified at what could happen should any of the undead escape and being mere metres away from the barn doesn’t help them sleep any easier.

Of course, they have to abide by Hershel’s rules in order to remain but when the zombies break loose, the group must tackle them head-on. This doesn’t sit well with Hershel and I loved watching the newly introduced character evolve as he realised he was losing control of his property.

It’s great to see an adversary that isn’t all guns blazing and there is a subtle, tense feeling of unease whenever the two share a panel. Kirkman manages to balance the books with the zombie and human aesthetic both providing tension and by the chapter’s climax, I was on the edge of my seat. 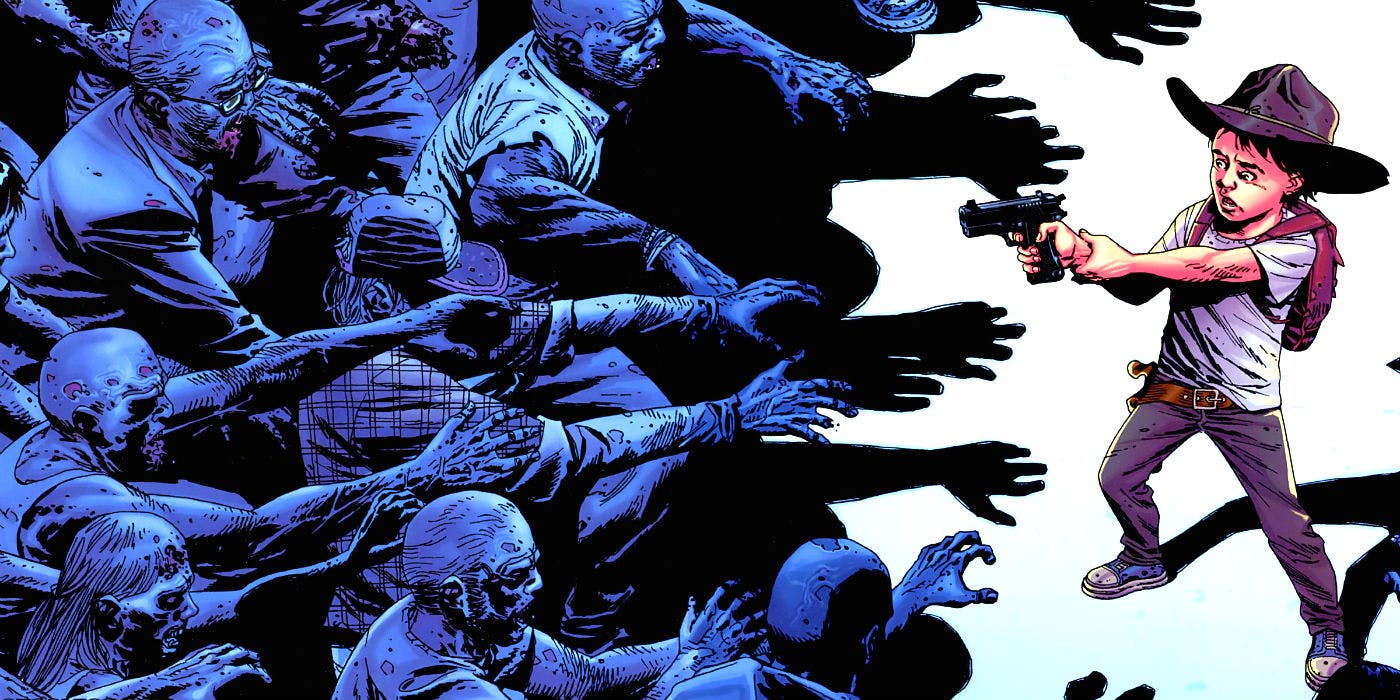 Back on the road

The conflict comes to a head and our survivors are forced to leave the farm in what is a page-turning showdown. There is a feeling of desperation and it really pits the characters against one another as they fight for their place in paradise.

As they return to the road there is a real bleak feeling to the work and it is one of the lowest points in the run thus far. However, when all seems lost, they stumble across the prison and discover what has the potential to be their new home.

Miles Behind Us is another breathtaking book. Following perfectly on from its predecessor it builds brilliantly on the characters and world as a whole, creating a dark and treacherous landscape that is hiding danger around every corner.

I loved following our survivors once more as they set out to find sanctuary and The Walking Dead continues to grow in every single way.

If you loved the first chapter then you owe it to yourself to pick this one up.