Skip to content
The Original DOCTOR STRANGE In The Multiverse O...

Ok so you know me, I like Doctor Strange In The Multiverse Of Madness. Though it’s definitely divided the fan base I fall on the side that thinks it was a rollercoaster ride that contained some of the best horror scenes in the MCU. Wanda was a great villain to me and watching this chase across several universes felt like one of the funnest rides I’d had in the Marvel universe for a long time.

However, things were originally gonna be different to what we got and if you cast your mind back to the phase 4 announcement then you’ll remember Scott Derrickson was initially behind the project. He’d just come off the back of the original Doctor Strange movie and at the event, he said they were gearing up to create the first horror movie in the MCU.

However, Derrickson and the studio ended up parting ways over what were said to be creative differences. Though rumours flew around the project at the time that said Marvel was afraid of how far he was gonna go with it this has sort of been debunked. During an interview with Empire, Kevin Feige said that the studio still loves Scott and though no one really believes them, it was genuinely just down to creative differences.

Now since then, Scott has gone on to direct the phenomenal Black Phone and it makes you wonder what his original plan was going to be.

Well, we’ve bloody got it.

After sorting through leaks, interviews and what insiders close to the movie have said we’ve pieced together elements of what the original plan for the movie was supposed to be.

Now, first up there were three versions of this film with the first one being Derrickson’s and then the plan with Raimi’s both pre and mid-pandemic. You might remember that Multiverse Of Madness was slated to release before No Way Home but Sony ended up refusing to budge on their December release date which led to them swapping places.

America Chavez was originally going to be introduced in this film and then come No Way Home she’d be the person that pulled across Andrew and Tobey. This was shown in a lot of concept art for the film and it makes way more sense than having Ned discover he’s a wizard.

However, Sony, aka the studio behind the greatest movie of all time Morbius, said nope and then thus even Raimi’s version had to have elements of it reshot to narratively build off the back of it.

Now the original version of the film was meant to centre heavily around America Chavez being trained by Strange and Wong. On top of this, we would also have them helping Wanda to harness her abilities after the events of Wandavision.

Unlike what we got in Multiverse Of Madness, Wanda was trying to redeem herself after Westview and she’d start off the movie by being a fallen idol who was seeking out redemption. Now eventually she did turn into a villain much like in the final film but this was over time and only after she learned about the Multiverse through seeing what America could do. She was also more of a puppet for the film’s true villains who we’ll talk about in just a bit. They wanted her to spread madness throughout the multiverse and this would be accomplished by her being a nexus being. This is someone who’s the same in every reality and thus the bad guys could create branches through every reality by using her.

However, she would turn bad at the end and face off against the heroes due to wanting her kids back.

Michael Waldron aka the film’s writer even talked about how this evolved over time in things like the Raimi version too.

He said that originally they had Wanda turn throughout the film in early drafts but after time they realised that it was just dead air and decided to put this in place from the off so that they could do a Liz Truss and hit the ground.

Bit of UK political joke there for my American chums…chums with a p in it.

Now on top of America being introduced, we would also get Clea appearing much earlier in the movie. She would be a love interest from the off rather than Strange going back and forth with multiple versions of Christine.

In the comics, the pair got married at one point and this movie had elements that would show the foundations of their relationship being put in place. 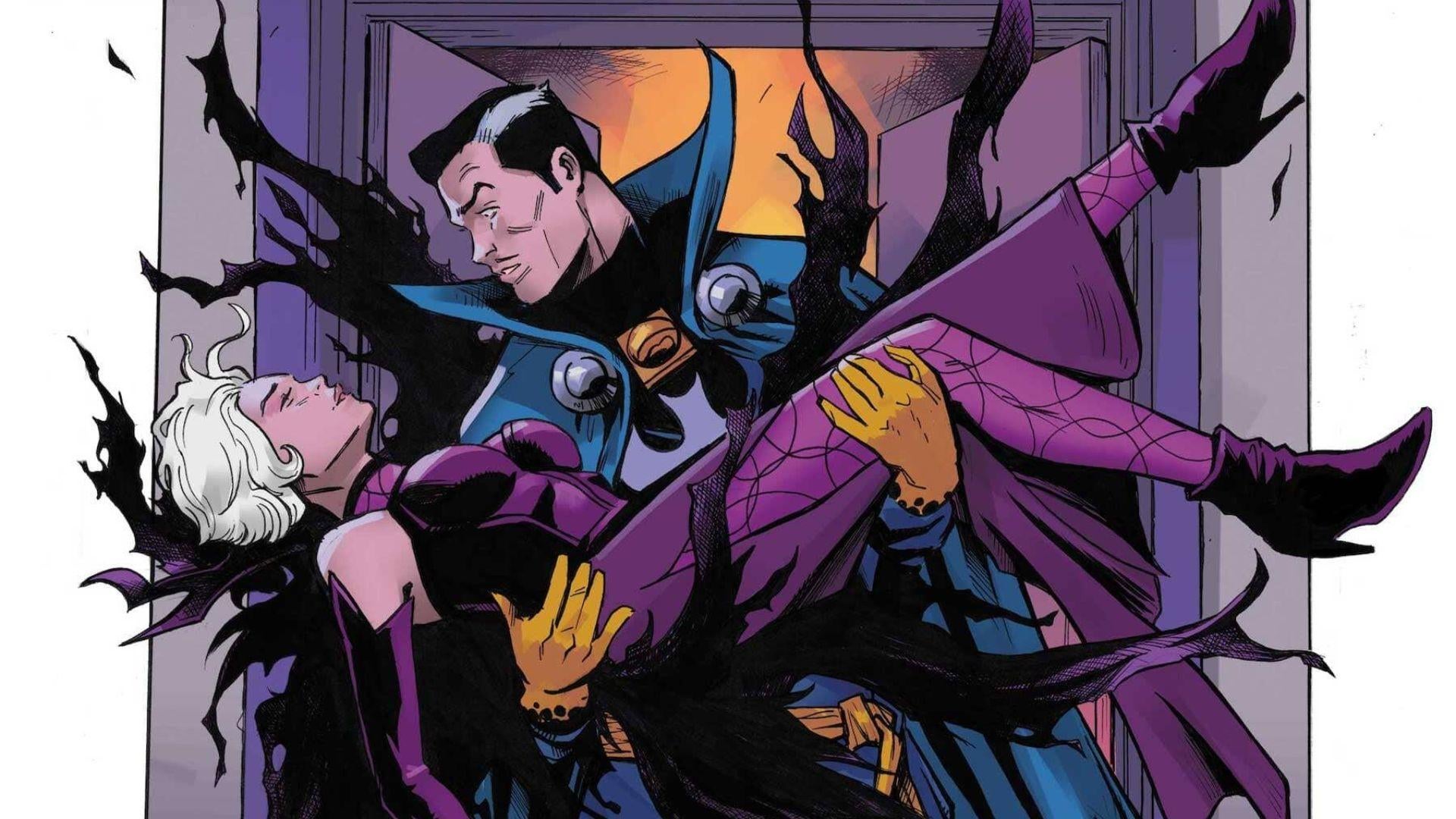 Now they were also going to be joined by brother Voodoo who would act as an ally. I’m unsure whether this was changed to Rhintrah for the final draft but either way, Voodoo was in early plans for the movie.

Now as for the villains this was going to be both Shuma Gorath and also Nightmare. Building off the back of What If, Gorath was going to be a multiversal entity that wanted to use his enforcer Nightmare to manipulate Wanda into wreaking havoc across the multiverse.

By using her as a vessel he wanted to spread madness throughout the entire multiverse and then this would enable him to consume all of reality.

Now Shuma sent out Nightmare who then captured America and he took her hostage. The wizards then started to learn about Shuma Gorath and they discovered that he’d been defeated in the past by the wizard Cagliostro. He also appeared in episode 4 of What If and once more we were going to watch Strange encounter him and find a way to take out the villain.

This involved a mystical ritual that had a heavy basis in the occult and it would’ve added to the horror side of it. In the final movie, we of course got Strange Dreamwalking into his corpse which stirred the spirits of the damned and I imagine that this might have been along the same lines.

Now on the other side of this, we also had Mordo from the 616 who returned after the post-credits scene in the first Strange Movie.

He was still hunting wizards and after he also learned of Goraths plans he attempted to kill America before Nightmare could take her to Gorath. Kill America? Who is he….(insert American poltician name that you don’t like but that I won’t say as I don’t want to offend anyone and make this into a political channel).

Booo too many political jokes this video Paul, unsubscribe.

Now huge shoutouts to ermstranger on Twitter for putting together what was going to happen in the final battle for the film.

This would reportedly take place in Shuma Gorath’s realm which is known as the realm of dead universes. This contains all the realities that the villain had consumed and here Nightmare would also unleash his full powers. This had the villain bringing forth physical manifestations of the character’s worst fears and it’s also at this point that Wanda would fully change.

She would realise that there’s a way to get her kids back, she’d turn against the heroes and though she’d help them to defeat Nightmare and Gorath it set a lot of things in place for the future.

Rather than quote-unquote killing her off like how they did in the final release, she was more used as something to tease future showdowns and this would possibly even tie into a House Of M style movie.

Though there’s been stuff that’s clearly based on it we’ve never had her truly change the entirety of reality like how she did in that book and it would definitely be an interesting direction to take things.

A lot of the complaints I see about Multiverse Of Madness is that her change was too sudden but having this movie do it and then setting up things for the future would probably be the smarter way to go about it.

Would This Have Been Better?

Now, this would massively change up the way that the movie was eventually given to us and honestly I probably prefer the focus from the off being on Wanda being the villain.

However, this seems like it handles the pieces better such as Mordo coming back around and there was actually a scene in the original Raimi version that too had him dying after being killed by Wanda during the opening. 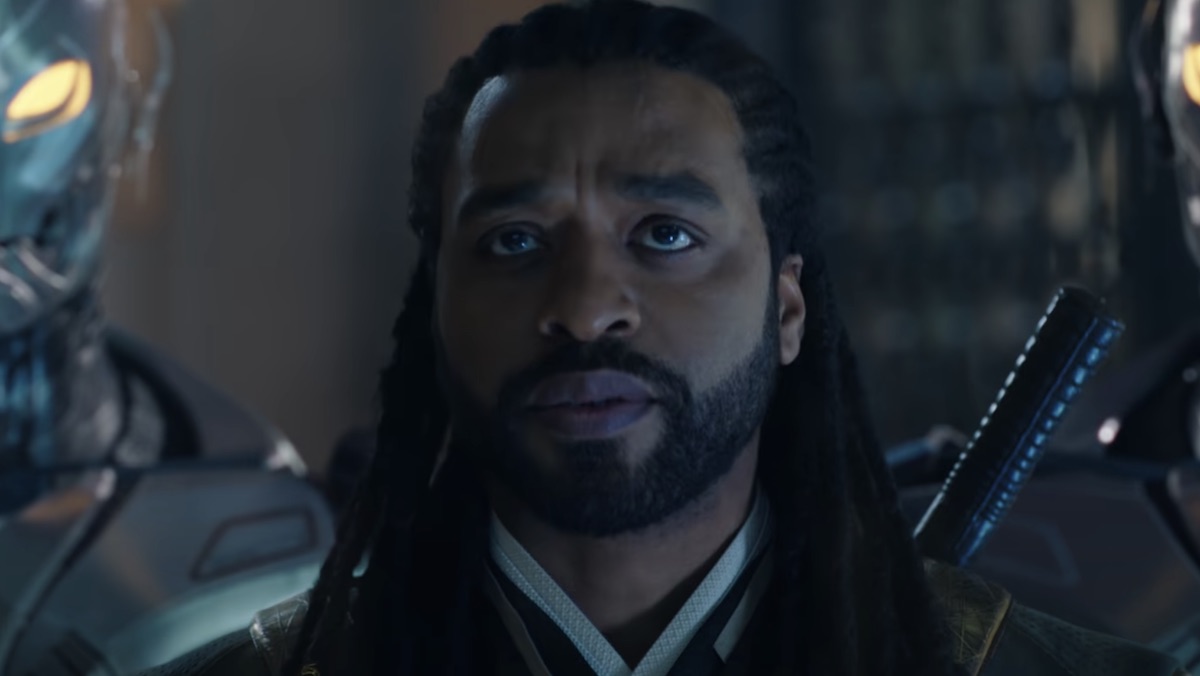 As of now, he’s still out in the MCU and it’s gonna be interesting to see if they end up bringing across villains like Nightmare in the future.

We of course got something similar to Gorath in the form of Gargantos who appeared in the Raimi version as one of Wanda’s minions.

Having the creature as the main villain would have completely flipped things on its head though and I think it would’ve tied more into What If.

Now whether this would have been better or not is difficult to tell as these ideas don’t really paint the full picture.

We also don’t get elements like the Illuminati or the cameos that we had throughout the film. It also doesn’t really mention exploring the other worlds and what they would’ve been and with it still being based around the multiverse you would’ve expected that to have been in place.

Now obviously I’d love to hear your thoughts on this information and also whether you would’ve preferred this to what we got or not.