Skip to content
THE MANDALORIAN SEASON 2: Everything We Know So...

Throughout this, we’ll be breaking down everything we know so far about the second season of The Mandalorian.

The Disney Plus show is now in production and slowly the team behind it have been dropping tidbits of information that tease everything from it’s plot, to the shows release date and more.

We’re gonna be going over some of the new characters, some returning ones and what could be happening in the new show.

There will be heavy spoilers here in regards to the first seasons ending so if you haven’t had a chance to watch it yet and don’t want to know what happens then I highly suggest that you turn off now.

The Mandalorian Season One

The Mandalorian Season one (or as we called it Star Wars: A Solo Dad Story) centred around the titular character who had been tasked with tracking down a rare and dangerous bounty. This was revealed to be a force-sensitive child named Baby Yoda who the Empire was looking to experiment on and Clone.

Though Mando or as we later learned Din Djaren, initially did look like he was going to complete the job, he had a huge change of heart…and who would blame him? And he decided to protect the child much in the same way that the Mandalorians had protected him in his youth.

This put him into conflict with the Empire, most notably Moff Gideon who personally tried to kill the character and take Baby Yoda back himself. Mando defeated the Moff but he survived and the show ended with the character brandishing The Darksaber, a ceremonial Mandalorian Lightsaber that somehow the character had managed to get a hold of.

It was a huge cliffhanger that opened up a lot of questions and fans are expecting great things from the show when it returns.

But when exactly can we expect the show to return?

Well, the creative lead behind the show announced that the new season would be coming in Fall 2020 via twitter. This is a super tight turnaround, especially because the show debuted on the 12th of November 2019. It looks like Disney will be following a similar model to Netflix and releasing seasons at annual intervals so we can likely expect Season 2 to drop around about the same time. 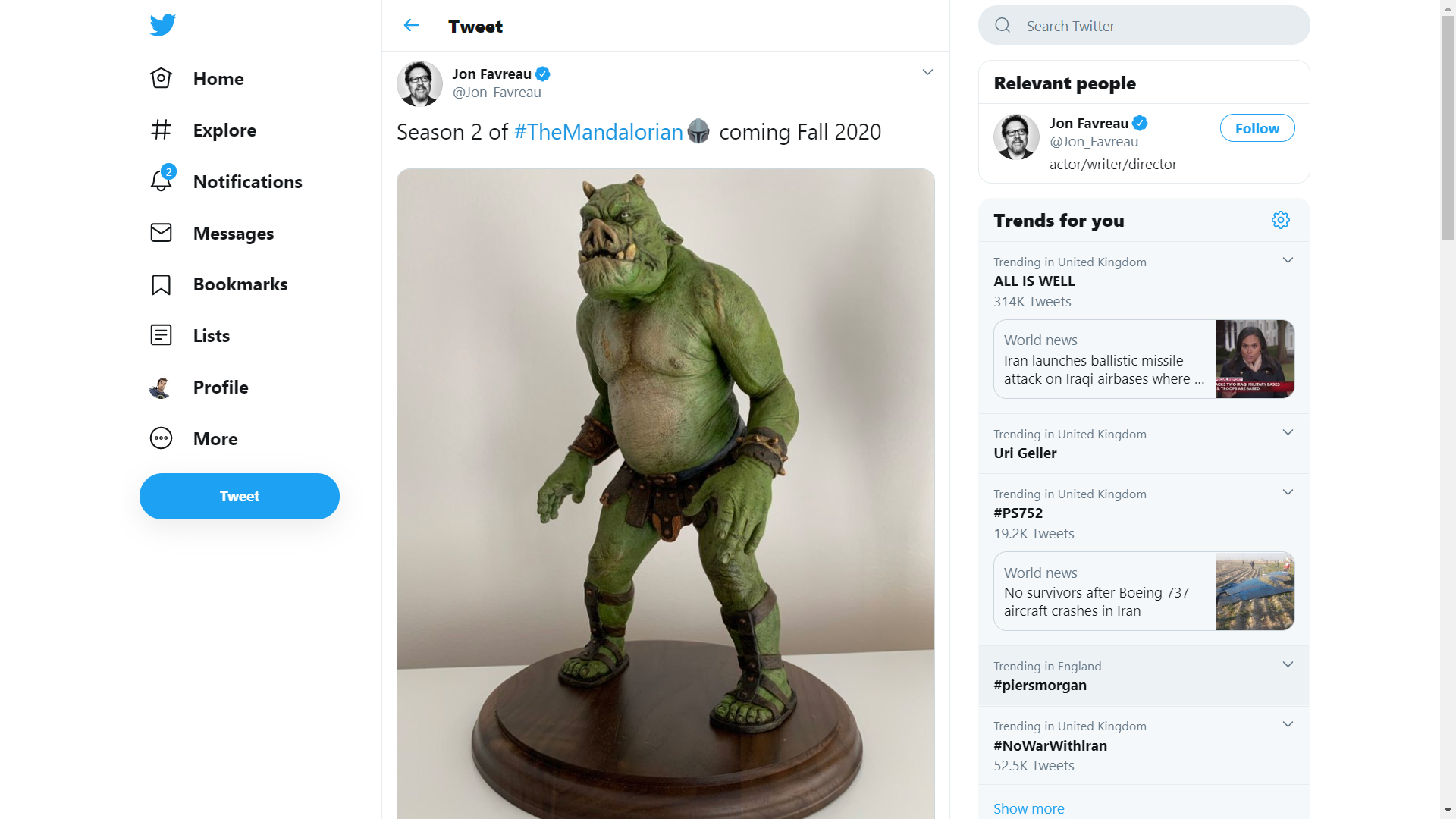 When The Mandalorian first came out it actually dropped two episodes in the first week in order to help launch Disney Plus but it’s unlikely that this will follow the same release style and we will likely just be getting releases weekly.

As for the story itself, it looks like we will be travelling to the furthest reaches of the universe with Mando and Baby Yoda to discover where the latter actually comes from.

George Lucas has never revealed the identity of Yoda’s species or even where they came from. When he held the keys to the kingdom he wanted it to be all kept under wraps, however, the Star Wars creator now no longer owns Lucasfilm and thus doesn’t really have much say over whether it’s revealed or not.

Though it was initially thought that Yoda may be a Lannik, this was officially denied and thus we don’t really know much about the race or their home planet.

Baby Yoda is now Din Djaren’s foundling and as we learn from the Armorer in Episode 8, he has a duty to reunite it with its own kind. However, neither the Armorer, Mando or any character in the season knew anything about the character or where he came from so it’s difficult for people to determine where exactly in the Galaxy to start looking.

Personally, I believe that rather than looking for a planet directly, Mando will investigate the force itself and begin to learn the ins and outs of it. We do know that pretty much all of the characters in the show were left confused whenever Baby Yoda demonstrated his powers. This will likely lead the titular character on a journey to discover how Yoda possesses these incredible powers and this could even lead him to look for Jedi throughout the Galaxy that survived Order 66.

The Armorer did reveal that she had heard of Sorcerers called Jedi and this could tip Mando in the direction of them, though, as we know they aren’t exactly thriving at this point. 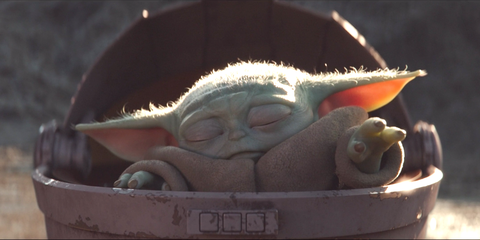 We will also likely learn the name of Baby Yoda and recently on twitter it was posted that Disney CEO Bob Iger knew the name of the character, though he isn’t telling anyone.

This sent the social media service into an uproar with many people giving their guesses on what the character could be called.

It is likely that we will learn the background of the character and it’s going to be great seeing the new characters that Mando meets along the way in order to discover exactly what’s going on.

Though the series will be introducing a lot more new names we do know that from a recent report released by Deadline that the upcoming season will also feature a character from the original trilogy.

Favs did post a picture of a Gamorrean who many of you will recognise is the same species as the Guards at Jabba’s Palace and though some sources have said this could be what they’re referring to, we highly doubt it.

What if in his quest to find a Jedi, Mando actually discovers the opposite…in someone far worse?

Well, recently Ray Park posted a picture of himself on Instagram in full Darth Maul makeup. As we know from Solo, rumors of the characters death at the end of The Phantom Menace were greatly exaggerated and he’s back. 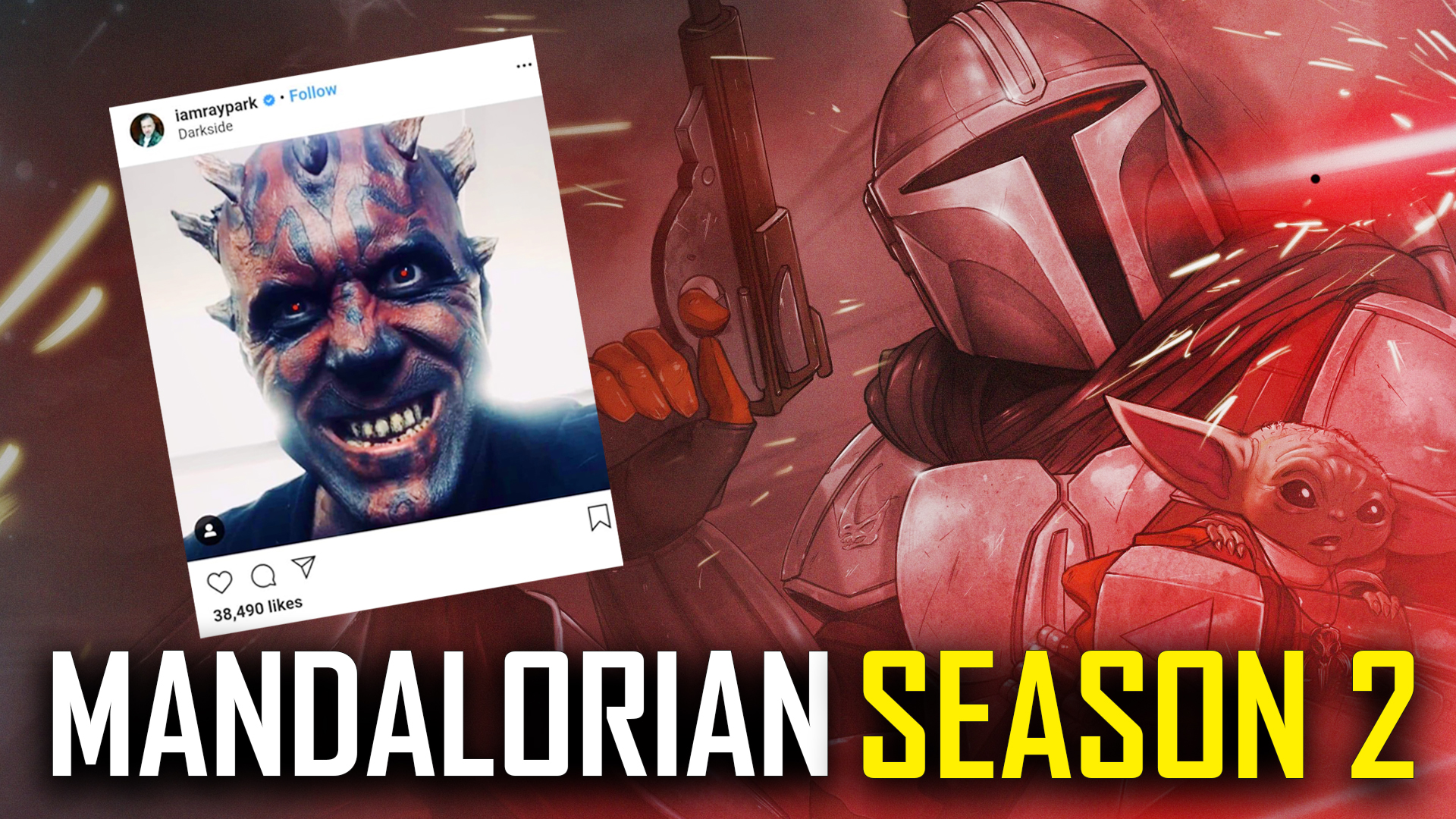 Though the character was apparently killed later in the lore, we do know that he’s harder to kill than rumors of a Gambit movie starring Channing Tatum.

With The Mandalorian Season 2 filming right now it does make sense that the actor would dress up like this to appear in the show. The character not only knows the ins and outs of the force but he’s also been connected to the Darksaber which we saw the Moff wielding at the end of Season 1 so it is possible that he could be tied in with this.

Could he still be leading The Black Sun and could we see a return of Emilia Clark as Han’s long lost love? I hope so and both characters definitely deserve to get a comeback, especially after the big cliffhanger that Solo left us on.

Anyway, that’s just my theory going off the image so who knows, he could’ve just been dressing up like that for a kid’s birthday party.

There’s also potential that the original character could be someone like Han, Admiral Ackbar, Bossk or basically anyone who is either looking to help The Mandalorian or hunt him.

There are also a lot of theories that the character could be Boba Fett. After the events of Episode 5, many fans online speculated that the boots we saw at the end of the entry belonged to the Galaxy’s most infamous Bounty Hunter.

Boba Fett In The Mandalorian

Though the character was seen falling directly into the mouth of the Sarlacc in Return Of The Jedi, we do know in the Expanded Universe that the character escaped this thousand years of agonizing digestion. Perhaps the fan theories are right that Fett made it out and we got a glimpse at him but I actually have a different theory and it’s something that’s been backed up by the upcoming Funko Pop releases for the series.

Now I am willing to admit that the spurs sound effect is exactly the same for the character, fans even lined up the two side by and yep, they are the same. However, I still don’t think that it is Fett but it may be a very close relation.

Ok so if you’ve been keeping a close eye out you may have noticed that there was a character in the release that didn’t wasn’t a character that we had been introduced to.

Not only does this character possess similar boots but they also have a cape that is very akin to the one that we see at the end of Episode 5. If she is a bounty hunter then it makes sense why she would be hot on the heels of Fennec Shand, the high value target in the entry.

If it is this character, then the spurs themselves could be a little hint that this is Ailyn Vel, the daughter of Boba Fett in the Expanded Legends Series.

This was originally posted by Inverse and looking at it knowing that this mysterious Bounty Hunter could be in the show and the sound that they made, it makes a lot of sense. 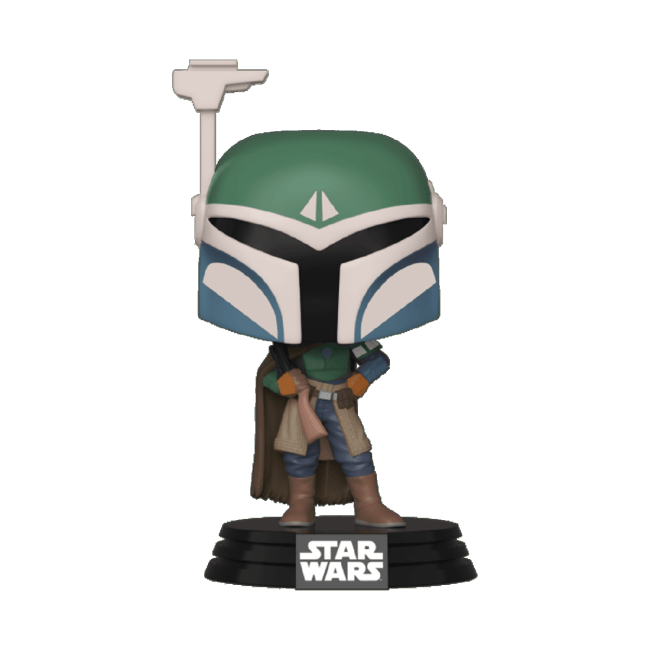 And of course, Moff Gideon will be returning to get revenge on Mando.

The fact that he has the darksaber carries a lot of weight and lets us know that he was instrumental in the Mandalorian purge. The Darksaber was created by the first Mandalorian to join the Jedi order and it has been passed down from generation to generation through the creed.

I’ve already made a full video breaking down Gideon and how he likely got the weapon but it’s clear that he doesn’t like Mandalorians and will do whatever he can to wipe them out.

He has Mando’s named because he helped to seize the planet personally and on Navarro, he pretty much sent the group into extinction after their uprising in episode 3.

He’s gonna want to complete the set and I can see him tracking down the two no matter the time, cost of energy it takes.

Either way, I’m so hyped for the Mandalorian Season Two and I think it’s gonna be another great entry for the Star Wars Universe.

Now obviously I’d love to hear your thoughts on the show and if you’re excited for the upcoming season. Comment below and let me know!