Welcome to the Heavy Spoilers show, I’m your host Deffinition and Netflix has just dropped it’s answer to Lost with the limited series the I-Land that just launched on the platform today.

If the shows ending left you well….lost, then don’t worry because I’m here to break down everything that you need to know about the series and it’s final few scenes.

There will be heavy spoilers here, so if you haven’t had a chance to watch all seven episodes yet then I highly recommend that you turn off now.

With that out the way I just wanna give a huge thank you for clicking this video, now let’s get into our breakdown of The I-Land.

We follow a group of people that mysteriously wake up on the shores of an I-land with no idea how they got there or what exactly is going on. Each one of them has been given an object and the enigmatic season really captures your interest from the beginning.

The real drive of the season is about unearthing exactly who they are and why they’ve been seemingly chosen to be here.

Some of the group show real leadership qualities, others alienate themselves, some even just want to sit and sunbathe and starve to death knowing that they have a great tan and some have never seen Jaws before, so they deserved to die, don’t at me. 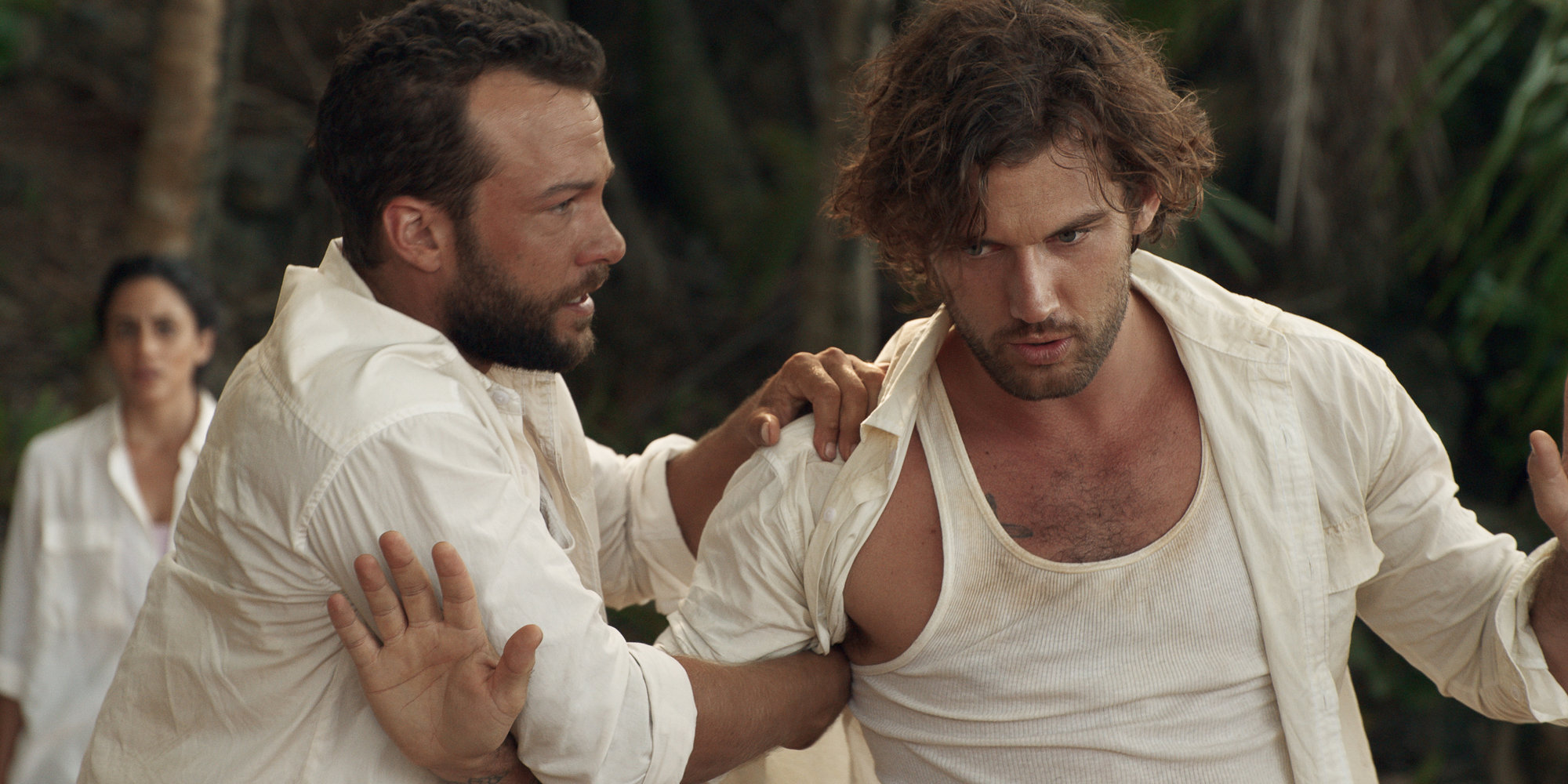 After one of the characters is sexually assaulted the series sort of takes a stance on the Me Too movement with a female character making accusations about the attack and the males kind of denouncing it even though we could see that it did indeed happen. The character even has a shell which when blown into sounds like a horn which…yeah it’s a bit on the nose but she raises the alarm on things. The person who attacked her goes unchecked and continues to do it, gaining positions of power throughout the introduction which yeah…it’s a metaphor for people in positions of power constantly getting overlooked.

Ten years ago this would have been cutting edge but these days especially I feel like people are called out on things like this, quickly canceled and thus the commentary feels a bit outdated.

Did Someone Say Social Commentary?

The show is laced with social commentary and there’s many metaphors for how people are demonised and manipulated into certain ways of thinking by certain authorities figures. There’s victim blaming, paranoia and fake news all put together on the I-land to make a statement about how we as people and a society operate.

What it boils down to though is an almost hunger games-esque fight for survival against a shadowy organisation that put them in the circumstances to study them. The main character Chase, played by Natalie Martinez is constantly pulled in and out of the I-land and we discover that the entire exercise is a simulation designed to study nature vs nurture and if external circumstances dictate personality. With their memories erased the overseers wish to see if some people are just inherently evil that will always do wrong no matter what.

It’s very esoteric and I think that Mindhunter studied the subject much better without hitting people over the head. The show thinks that its a lot smarter than it is and for something that is supposedly showing the true nature of humans, seems to be more focused on stereotypes rather than discussing true psychology. 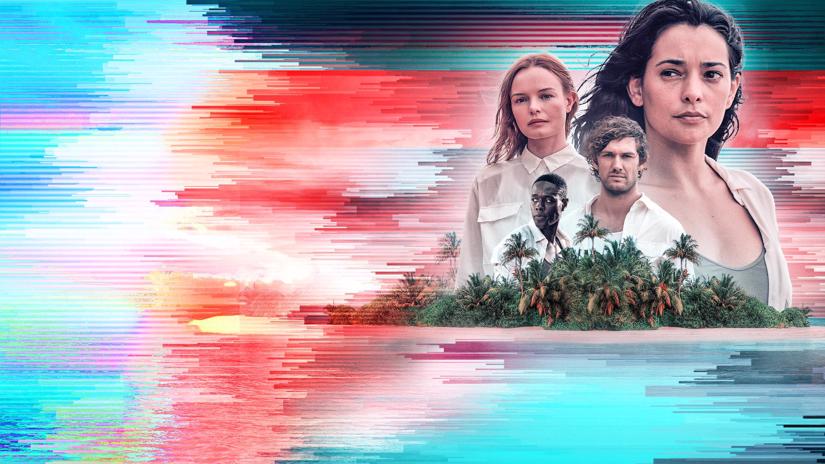 Each one of the group is a criminal that has a shady past and the experiment is put in place to attempt to rehabilitate those who haven’t lead such a decent life thus far. It’s largely karmaic and those who do evil acts end up getting paid back by the I-land in one form or another as punishment. They are even hunted by people hired by the company and all in all it’s pretty tense throughout even if it is rather predictable on the whole.

The group slowly come to remember their history and some are even shocked by what they’ve done, including KC played by Kate Bosworth who can’t come to grips with the fact that after cheating on her abusive husband, she killed her own children due to him stating that if she left she’d never see them again.

It’s pretty messed up and Bosworth quickly becomes the best actor in the show after her back story-centric episode, we watch as she slowly breaks, haunted by the spectre of her children and it’s probably the standout in the series.

Even the happy moments such as a budding romance ends up being a seedy stalker and yeah, it’s pretty much hell on Earth.

Others divide and play every man for themselves and some try to flee to other Islands to bite off more than they can chew literally and it slowly spirals into chaos. Chase herself discovers that she has a shared history with another I-lander and that they had a relationship after being together in the armed forces. Both are haunted by visions of Chase’s mother and similar to KC they slowly start to piece together their backstory. Whilst initially the audience is lead to believe that Chase killed her mother it was infact an accidental death when Chase’s husband, Cooper, and she fought over a gun. It went off and as Cooper confesses to the crime, Chase is exonerated and freed and we discover that The Warden is the evil mastermind behind it all.

Afraid that Chase once freed will announce to the public that he was trying to sabotage the programme to show that those on death row don’t deserve to live, he attempts to talk her out of it. It’s very much a comment on rehabilitation as a whole and it does weigh up the pros and cons of the death penalty and how many view killing killers for killing is a contradiction.

The final episode kinda breaks down just how ridiculous the entire experiment is as an idea with the sharks in it and stuff isn’t really a good way to rehabilitate people.

After Chase gives a statement, The Warden is caught red-handed trying to kill her and hold on to your butts cos there’s one more final twist in the entire thing. She learns that I-landers go into the simulation at the age that they commit the crime and that she has actually served the majority of a life sentence already and is now quite elderly.

The series ends with Chase learning that even though she was screwed over, she must learn to forgive and the redemption that she found in the program, as well as the truth is a reward in its own way. Which…ok I guess. She’s finally allowed to leave and she heads out into the world to live her life. Chase is no longer judgemental and afraid in her mind and therefore she is free. We then see The Warden waking up on The I-land with Cooper and KC holding spears over him which showcases that because of his judgemental side that he is now trapped in his own prison of his own making due to his prejudices and that he will have to get used to I-land life.

We end with the two roles flipped of a man in power now becoming a prisoner and a woman who was a prisoner being set free and overall it can even be seen as an analogy for feminism and how the weak are currently rising up in society to take over those who have remained in power for centuries.

But what did I think of the show overall, well, the I-land is ok…I guess….I feel like throughout it was pretty predicatable and whilst it does still have some surprises, the over the top social commentary is hard to ignore. It all feels heavy handed rather than subtle and this makes the show sometimes eyerolling bad, especially with the amount of stereotypes that there are.

This is purely down to execution and whilst there are a number of elements that work as well as several performances that feel gripping, for a show that’s trying to ape Lost, Inception and The Matrix it falls flat in several ways.

It’s not out and out bad either, and at 7 episodes it is quite an easy binge or something to put in the background when you’re working but as a piece of television, I feel like there are better things to watch this weekend.

Obviously I’d love to hear your thoughts on The I-land and what you took from it. Do you agree or disagree with me and what would you score the show?