Welcome to the Heavy Spoilers show I’m your host Paul aka the guy who loves to put a smile on that face and in this video we’re breaking down Barry Keoghan’s version of The Joker.

Appearing at the end of the movie, heavily cloaked in the shadow he very much teases what could be happening in the next film and though his appearance lasts less than a minute he’s a big talking point when you come out of the film.

Matt Reeves has discussed the character in a bit more depth than what we got in the film and it’s helped to flesh out his take and also the basis for it. This includes a number of comics, films and lots of things we can look at to guess where it’s all going.

Throughout this video, we’re gonna be breaking it all down but if you enjoy it then hit the thumbs up button like you’ve got a crowbar and it’s Jason Todd’s head. Don’t forget to subscribe as we’re your ace in the hole when it comes to videos discussing all the latest comic book movies and shows.

With that out the way, a huge thank you for clicking this, now let’s get into the video.

Ok, so it seems like every other year we get a different version of the Joker. There’s been Jared Leto, Barry Keoghan and if you think he’ll be the last of it then you must be Joaquin. Like Joaquin Phoenix…anyway he’s one of the most iconic characters of all time and though we’ve had many versions that have come and gone we all know that Gotham loves a comeback.

Now much in the same way that Batman Begins ended with a tease of the Clown Prince Of Crime, The Batman does too.

We find him in a cell beside the Riddler and though we can’t fully see his face, we can tell that he’s heavily scarred and we wanna know how he got them.

This is way more cut up than Ledger’s incarnation and it actually has a basis in the creation of the character. When developing the villain Bob Kane and Bill Finger based him heavily on the 1928 film The Man Who Laughs. This featured a man who had a rictus grin across his entire face that he was unable to get rid of. The Man Who Laughs title was late referenced in the Batman book of the same name which centred around Batman’s first showdown with the clown Prince Of Crime.

Interestingly he killed several high ranking citizens in Gotham, attempted to murder Bruce Wayne and tried to destroy the reservoir in order to flood the city which is something that Reeves might have looked at for his story in The Batman. However, in an interview with IGN, he did talk about how the silent film and very much the roots of the character influenced his take. 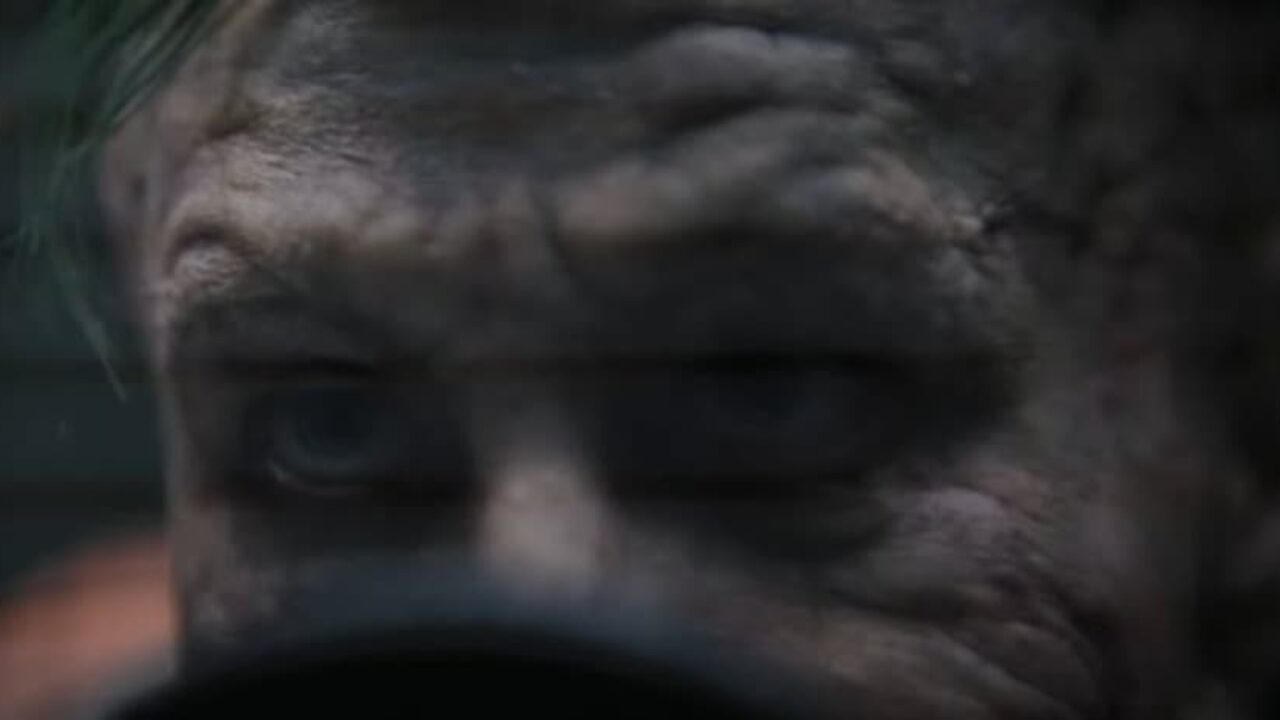 So lots of things we can take from that and I love the idea that he’s just constantly smiling no matter what. One of the most unnerving things about the Joker is him constantly grinning through some of the most horrific things ever and there are several crimes that he’s committed over the years which have been made even more horrific because he’s cackled away to himself whilst carrying them out.

Another interesting aspect that Reeves touches upon is his ability to get inside the minds of anyone who looks at him. They’re of course fascinated with his grin and he’s able to gauge their expressions in order to get inside their heads.

This is something that Joker is known for in the comics and there have even been moments where he’s talked inmates in Arkham into killing themselves just because he was annoyed by the person in the cell next to him.

I think that this is very much reflected in the scene with The Riddler that he has at the end.

When we first meet him the prisoner drops his own Riddle for the villain.

Joker says ‘Riddle Me This, The less of these you have, the more one is worth.’

The answer is a friend and it seems that going forward that the two will be pairing up.

However, there’s also a neat psychological trick here that Joker pulls and he very much is taking Riddler under his wing rather than seeing him as an equal. Sure he’s a friend but you could look into it that by him taking the idea of a Riddle and then using it to strike up a friendship with The Riddler that he has power over the character. 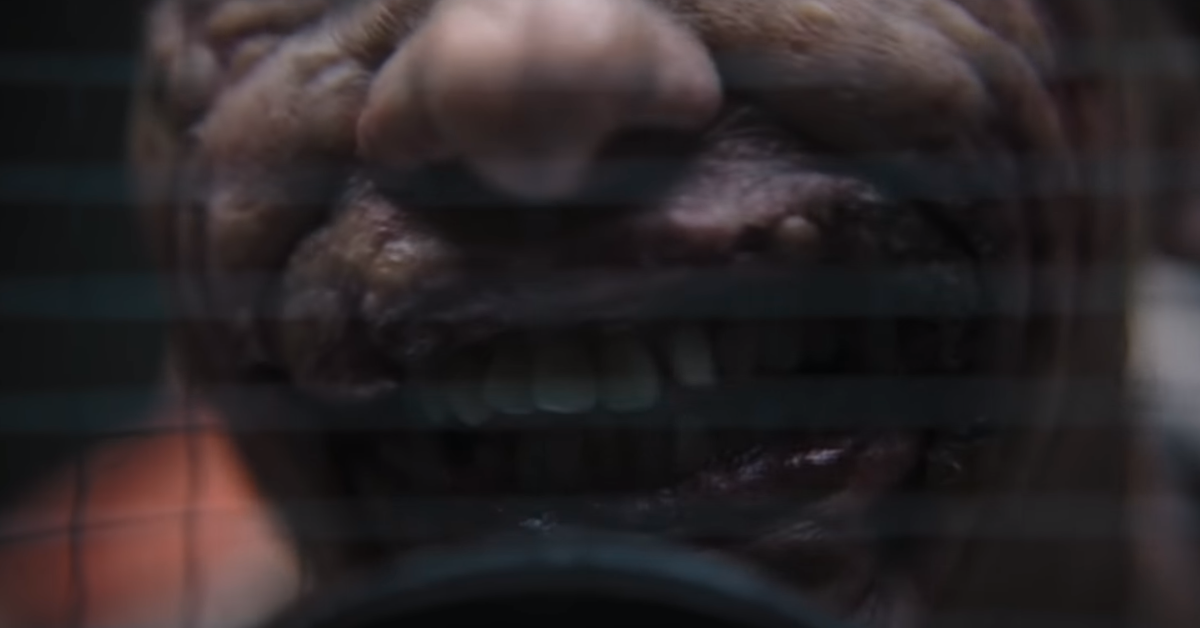 The Batman and Joker had already met?

So we know that Batman would’ve confronted the man who would become the Joker very early on in his career. With this being a year two story it makes sense that it would’ve happened in the first one and The Joker has always been someone who’s been introduced at the start of Batman’s career. Whether it’s Year One, his time with the Red Hood Gang in Zero Year or The Man Who Laughs, these are all events that take place around the first 365 days of The Batman’s rise in Gotham.

I love the way that Matt describes him as not really being the Joker yet and it’s only when Batman becomes fully formed that they do too.

Now we’ve touched upon his origins, the psychology behind the character and also his past with Batman but what about his future?

Well, Reeves has actually said he’s not currently planning on using Joker in the sequel for the film and whilst this might be a lie to avoid spoilers, there are other ways that he could pop up. We did originally have an announcement that a GCPD show would be coming soon however Reeves has stated that this has now evolved into an Arkham Asylum show.

I think this would be the perfect way to not only discuss the joker’s origin story but could also give him a jumping-off point to pop up in a future movie.

With the character’s face being highly scarred it also somewhat opens the door for a Death of The Family version of the villain.

In that, he cut his face off at the start of the book and then wore it as a mask.

The guy was absolutely terrifying because of it and he’d flip the face round so his eye was poking through the mouth hole and so on.

There are lots of things that they can do with the character and I’d love to see them head in that direction.

There’s also the possibility that we get the war of jokes and riddles in which the two sides go head to head in a battle that spans Gotham. With it being submerged underwater after the Riddler’s attack we know that the criminals are all gonna be vying for control and not only will this allow characters like the penguin to take a shot but it could also allow for Joker too.

There are a lot of interesting ways they can take things and obviously I’d love to hear your thoughts on the character. I know there are people that love the scene, people that hate it and people that are interested in what’s gonna happen so let me know below.