Skip to content
The Arrowverse’s Crisis On Infinite Earth...

The Arrowverse’s Crisis On Infinite Earths is set to be one of the biggest and best crossovers of all time. It’s going to be bringing together one of the most ambitious casts in comic book history to provide a satisfying conclusion to many DC movies and TV Show.

Throughout this article we will cover the cast, release date as well as what the plotline of the crossover could be about.

Now there may be some spoilers here so if you want to go into the show with some of the surprises unspoiled then I highly recommend that you turn off now.

With that out the way I just wanna give a huge thank you for clicking this video, now let’s get into our breakdown of everything you need to know about Crisis on Infinite Earths.

Ok so the first thing that you need to know about Crisis on Infinite Earths is that the entire event will take place over roughly the space of a month. The first issue will premiere at 8 pm on December 8th and run in the time slot every day until finalising with The Flash on December 10th. We then take a big break until January 14th which is when we get a two hour special firstly starting with Arrow at 8 pm and finishing up with DC’s Legends of Tomorrow at 9 pm.

This five-hour special is said to be the biggest and most complicated crossover that the CW has ever created and though it’s not out till the latter part of the year there is already a tonne of things that we know.

This includes the shows massive massive cast list. Firstly all of the big players such as the Arrow, Flash, Legends Of Tomorrow and Supergirl will be making appearances as well as the newly introduced Batwoman. Brandon Routh though typically cast as The Atom will be appearing as the Superman from 2006’s Superman Returns in which he played The Man Of Steel which was connected to the Christopher Reeve timeline.

On Friday the 27th of September we got the first look at the actor in his updated costume which bears a striking resemblance to Alex Ross’ Kingdom Come design. Naturally, the internet exploded over the announcement and when discussing the opportunity, Routh said the following:

“Playing Superman again is an opportunity for me to kind of say hello and goodbye to the character in a way I didn’t get to the first time. Being a young individual of 24, 25, I thought, ‘Oh, I’m going to do this for years and make multiple movies.’ And that, of course, didn’t happen. I’m just very honored to be able to do this one last time.”

This is of course great news for fans who, similar to Routh will be getting some form of closure on what is probably the first depiction of a superhero on screen that many fans remember.

In addition to this Tyler Hoechlin is playing his own version of The Man Of Steel but they aren’t the only Superman appearing in the show.

Tom Welling will be playing Clark Kent from the Smallville universe and he will be joined by Erica Durance who will be reprising her role as Lois Lane. This is some awesome casting news and feels very much like the cherry on top that cements this as one of the best crossovers of all time.

This will carry on their story as it was left at the end of Smallville and showcase how the characters have grown since the beginning.

Unfortunately, Michael Rosenbaum declined to join the group for the return and stated last week on Twitter that he would not be appearing in the show. 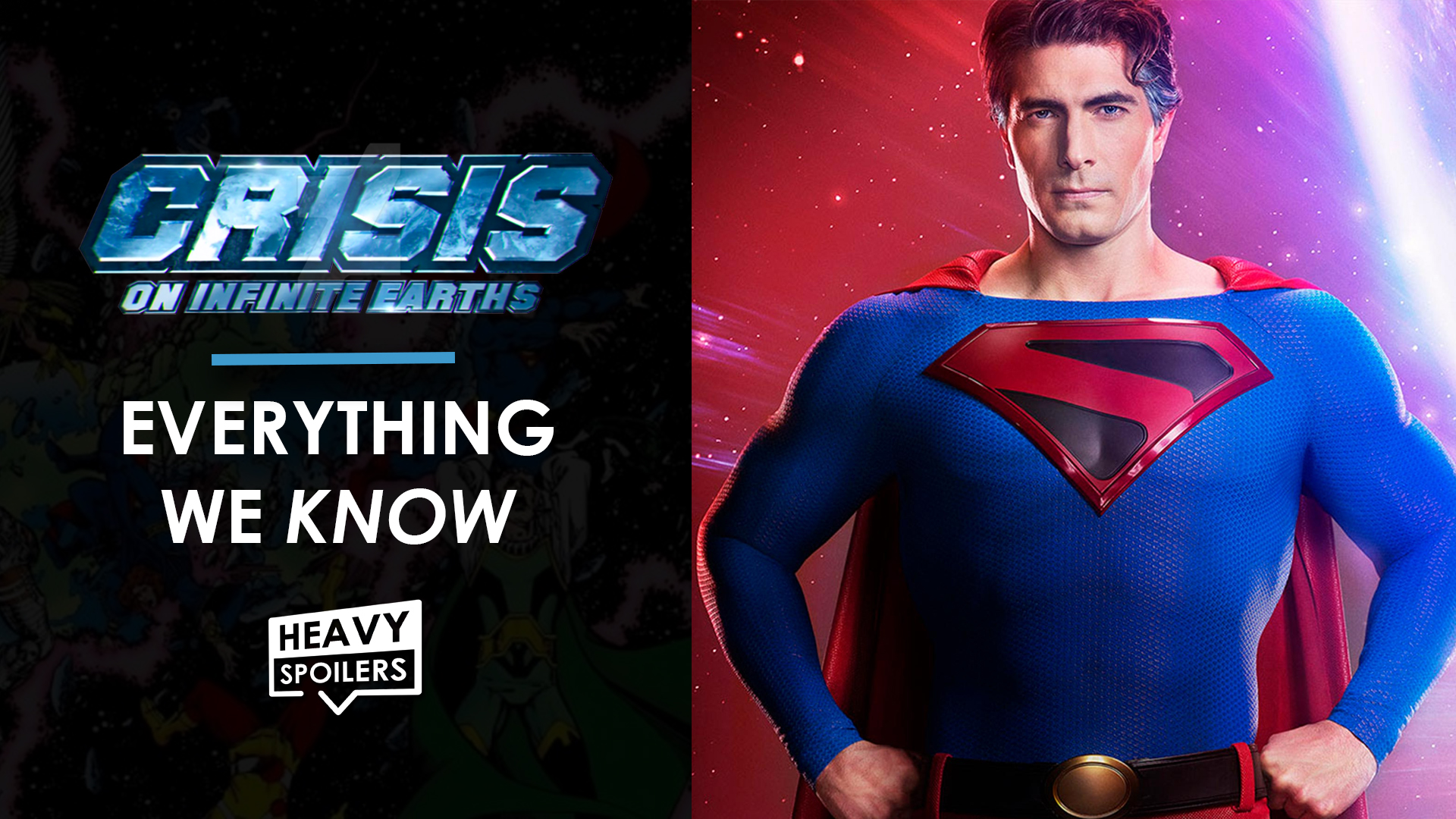 Kevin Conroy will be playing a live-action version of Batman from the Batman Beyond Universe and personally, this is the announcement that I’m most excited for. Conroy, in my opinion, has given the most iconic performance of The Dark Knight ever since he first appeared in the animated version of the character and when this was first revealed I absolutely hit the roof with just how much fan service it was providing.

Burt Ward from the 1966 version of Batman will too be popping up in Batwoman in a minor cameo and this feels like a nice little acknowledgment of the show that started it all.

Tom Cavanagh will be playing multiple versions of Harrison Wells and also the Pariah who appears in the original arc. Joining him is LaMonica Garrett who will once again be playing The Monitor and Anti-Monitor which has been revealed to be the specials villain which I’ll now get into.

The Crisis On Infinite Earths Plot takes the aesthetic of the original storyline and updates it for modern audiences. This seminal graphic novel centered around the heroes of the DC Universe uniting across the multiverse in order to defeat the Anti-Monitor who wanted to destroy it.

But…in the storyline, both The Flash, Supergirl and several other key characters including Alexander Luthor died.

This is interesting because Lex from the supergirl universe is too said to be appearing in the show.

The ending of the storyline is a very bittersweet one with the universes becoming merged together with many of the less popular characters being cast aside in exchange for a more streamlined narrative. Now whether the CW decide to do this with a merging of the universes remains to be seen but it’s fair to assume that we will be losing some heroes in the special with many of the seasons soon coming to an end in the wake of this.

The Death Of Arrow

The final season of Arrow is in fact focused on building towards this giant crossover so it’s safe to assume that the character will be closed out. Arrow showrunner Beth Schwartz when speaking to Entertainment Weekly said:

“Oliver is told he’s going to die, so each episode in the run-up to ‘Crisis’ has Oliver dealing with the various stages of grief that come with that discovery. So the theme really is coming to terms, acceptance.”

Mirroring this, The Flash will receive a similar prophecy in his season six premiere that states he too must sacrifice himself to save the universe and the two characters will have to deal with the fact that their days are numbered.

This will all build towards the final crossover and will mean that there’s real tension when heading into it. This means that the show really is required watching and though I myself haven’t been keeping fully up to date with everything, this is a great excuse to go through the series and binge-watch as much as possible so that I can get fully caught up before the main event.

I’m sure many of you will be in the same position so make sure you leave a like below if you can’t wait to dive back into the universe with this as the new diving point.

Obviously I’d love to hear your thoughts on the crossover so make sure that you drop them in the comments section below!