Often cited as one of the best Spider-man stories out there, Kraven’s Last Hunt has a reputation that precedes it.

Now, more than 30 years since its release I decided to check out the graphic novel to see if it still lives up to the critical acclaim it has received.

As with most of my reviews, there will be heavy spoilers here so it may be worth skipping to The Verdict to see the score and remain unspoiled.

With that out the way let’s dive into Spider-Man: Kraven’s last Hunt!

Introducing Kraven as a man who is capable of punching a Gorilla’s head off with his bare hands, it’s clear the antagonist is not one to be messed with. Driven mad by the way the world has become, he sets out on one final mission to end his nemesis, Spider-Man, once and for all.

Gripping from the first panel, it’s an outstanding look at how one’s perspective on the world can cause insanity and throughout the book, I was enthralled by just how interesting Kraven was as a character. This is his story after all and it’s fitting that he receives such a beautiful portrayal in his swan song.

Funeral for a fiend

Besting Spider-man in battle early on, he showcases how much he has evolved as a character from the hum drum villain that he was. Even after 30 years, his ease of wounding the webhead is shocking and the creative team should be commended for their gritty take on good vs evil. I’ve always wondered what would happen if a villain just threw away the theatrics and walked up to a superhero when they weren’t expecting it and shot them.

Kraven does this and it’s a real breakneck turn that will catch many readers off guard. After his assassination attempt he holds a funeral for the defeated hero and buries him alive. This left me gobsmacked and I couldn’t believe how much his aesthetic really got to me. Sure, deep down I knew that Spider-Man would escape from the grave some how but that still doesn’t mean that the near death experience didn’t have gravitas and feel impactful.

Kraven, of course, is unaware of cliched plot devices so goes about his business. In his mind he has won and if you thought the introduction was surprising then you have no idea at just how crazy things get when there is no friendly neighbourhood spider. 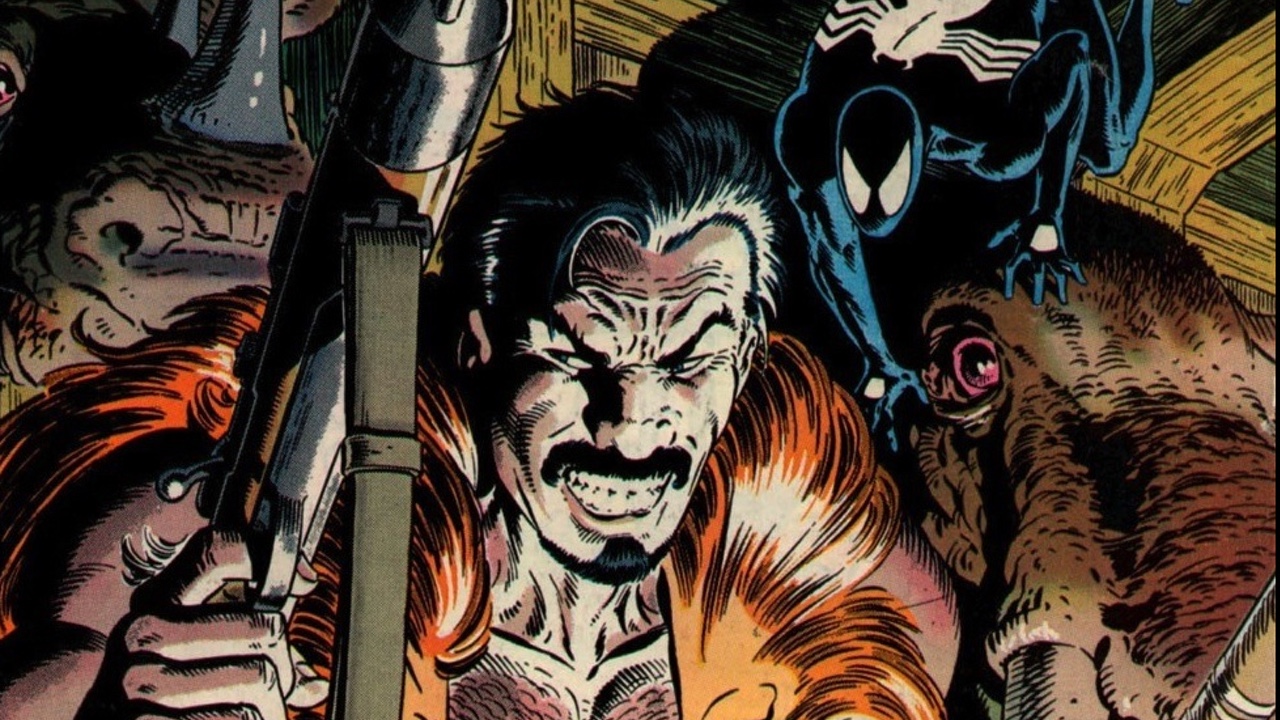 Not content that he merely beat Spider-Man in combat, Kraven must now prove that he is superior to his enemy in every sense. Donning his garb, the villain takes up the mantle of The Spider and sets out to shape New York in his image.

Like a cross between Spider-Man and The Punisher, the antagonist really doesn’t hold back and I loved watching him metaphorically showcase what the web head could become should he give into his deepest and darkest desires.

Watching Kraven parade around in the costume could be a source of ridicule, however, the gritty nature of the work and the subtext of sanity elevates it to the level of horrifying and there is a macabre sense to every panel that really hammers home how bleak the would has become without it’s hopeful hero.

This move was needed in order to enforce how disparate we as readers were without the webhead and when he finally does return, it’s a truly triumphant moment that feels like a huge weight has been lifted off both the reader’s shoulders and the Marvel universe itself.

I am Peter Parker

After being buried alive and out of his own series for two weeks, Peter has gone insane. On an abstract train of thought that has truly went off the rails, his escape from his casket is awash with beautifully symbolic metaphors and visions of his life that I found truly captivating. In this dark abyss his madness becomes akin to Kraven’s and the similarities are striking in a way that make you question whether he will ever be the same again.

It’s difficult to describe how dark and twisted this chapter is and I recommend those who haven’t read the graphic novel to pick it up for this section alone.

Journeying back to Mary Jane he regains his sanity but that doesn’t mean the battles over yet. Confronting Kraven head on, the Climax is a psychological breakdown of how Kraven is better than Spider-Man in almost every way.

After capturing a cannibal killer known as Vermin, Kraven tricks the two into battling one another and showcases that Spider-Man is not cut out to carry on crimefighting in New York. Kraven really breaks down Peter’s outlook and I loved seeing the psychological approach that he took to defeating him once more.

It really cannot be hammered home enough how charismatic Kraven is and even in the climax, there is something about him that makes him hard to comprehend. After achieving his goal, Kraven sees no more reason to live and commits suicide knowing that he proved he was the greatest Hunter to ever live. Watching him stick his rifle in his mouth is haunting and the final panel he appears in will remain with you long after you put the book down. 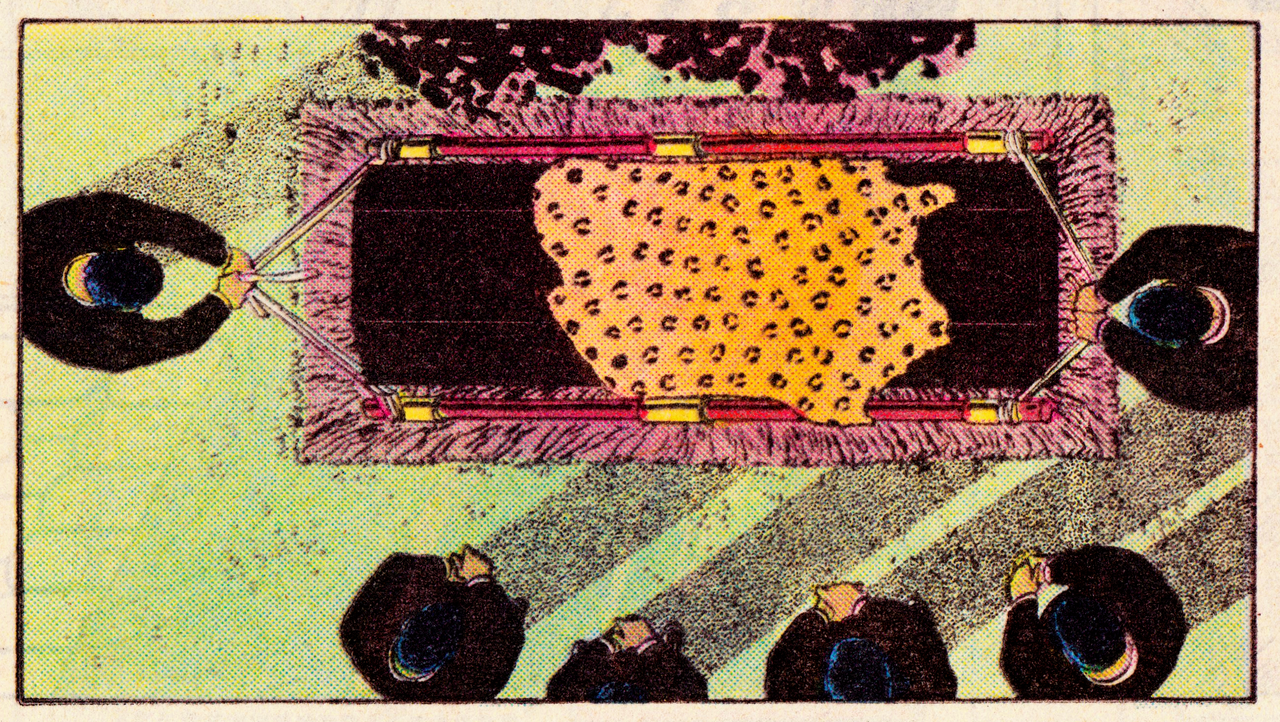 He died with honour

Whilst the final chapter in the book deals more with tying up the loose ends that Kraven left, it’s clear that his actions have had ever lasting repercussions on Peter’s psyche.

Handled any differently it could have been down trodden but the creative team deliver in leaving a void that feels like the first really big loss for the character since The Death Of The Stacey’s. As the book finishes, I was left with the feeling that Spider-Man only really survived because Kraven let him and that things in the Marvel Universe had been changed in irrecoverable ways.

I’m happy to say that Kraven’s Last Hunt deserves all the critical acclaim it has received. This is an overwhelming storyline that is essential reading for any comic book collector and it is as impactful today as it was 30 years ago.

It really cannot be stated how much this belongs on your bookshelf and it is difficult to fault the work in any manner at all.

Breathtaking from start to finish, Kraven’s Last Hunt gets a…