We finally have our first official look at the gameplay for Marvel’s Avengers.

Throughout this video I’ll be playing the official demo footage that was released and giving my thoughts on it and what it means for the overall game.

Before we get started I just wanna give a huge thank you for clicking the video, now let’s get into the gameplay.

Ok so right off the bat I think this game looks like it’s gonna knock it right out the park. I really wish that Square Enix had shown us this footage earlier as I think that it would’ve silenced a lot of the criticism that sprung up in the beginning. It does look absolutely phenomenal though with every character really having their own completely unique combat style that embraces the best aspects of the characters. I know it’s an obvious thing to pick up on but Hulk controls completely different to Black Widow, Thor feels like his own style and Iron-Man just looks incredible. It comes across like you’re almost playing as a jet at some points and it completely nails the aesthetic.

It definitely borrows a lot from God Of War, especially in the thor sections but if it’s taking from games then that’s certainly a good one to pick. You really get the feeling that this is an established team that will work together to take on any threat and it’s clear that even if you don’t like a character you won’t be playing as them too long to really get tired of it and there’s always something right around the corner that will switch things up. This is a really incredible looking game and I’m very excited for it.

There’s a real sense of momentum to the entire demo where each character is constantly pushing forward fighting their way to the middle of the bridge. It all ends in tragedy too which is really refreshing to see when dealing with heroes, these guys win so often that it’s great to see them knocked back and Infinity War really strived with this and in my opinion, became the best MCU film because of it. 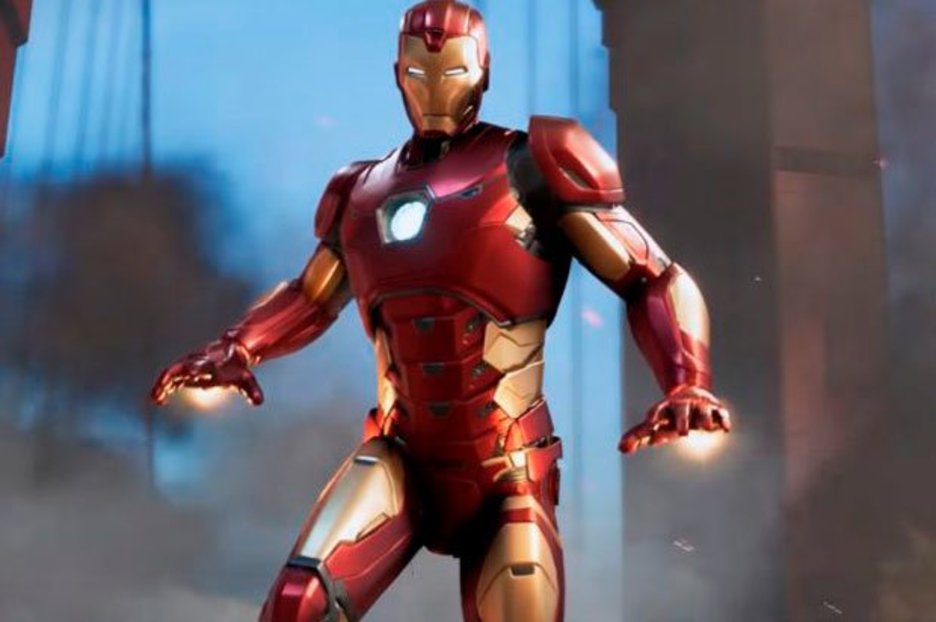 Now there are certain things in the demo that highly how the game will be and what story beats there are. It looks like this is taking place in the same universe as the spider-man ps4 game as in that there was lip service paid to the fact that the Avengers were out West which is where San Francisco is located in relation to America.

Taskmaster, though quite a big part of the demo, I don’t think will be the main threat and there’s clearly something else going on here though we don’t know who for definite yet. Abomination has been confirmed and the Terrigen Mist is massively part of the Inhumans universe. In the graphic novel Infinity, this is unleashed on Earth due to Atillan being destroyed by Thanos and Black Bolt which destroys New York similar to how San Francisco gets destroyed in this footage.

There is also a possibility that the game will centre around Age Of Ultron. In the comic book Ultron took over the world and The Avengers traveled back in time to rewrite the past which may happen in this game as Captain America is dead and the majority of the world is a completely different landscape. I kinda get the feeling that that may be the basis for the game though it is complete speculation. I’d be very surprised if Captain America stayed dead especially with how fully fleshed out his combat looks. There’s also drones in the trailer, machines and space so yeah I think it could travel that route.

Either way, this game is definitely shaping up to be incredible, they’ve completely nailed the look of it and with the tease of characters like Ms. Marvel and so on it’s clear, they are looking to expand the cast in this game. We see her breathe in the Terrigen Myst which can transform people and I think this will be the route that they travel down in the series.

Overall I’m massively hyped to see what Square deliver and I have pre-ordered yes, pre-ordered the game based off this footage which I’m sure is what they were after.

So yeah, job well done, they killed it and I can’t wait to play.

Obviously I’d love to hear your thoughts on the footage and if you’re going to pre-prder the game or wait till you see more.