Welcome to the Heavy Spoilers show I’m your host Paul aka your Uncle Kevin Spoilers and it seems like Hawkeye could be bringing a big character into the MCU.

Throughout this video, we’re gonna be breaking down all the theories surrounding who Echo’s Uncle is and the evidence to support who the quote-unquote family could be.

Did someone say, family?

Full spoilers ahead so if you aren’t caught up to the show then it’s time to show yourself the door. If you enjoy the video then please click the thumbs up button and don’t forget to subscribe for videos on the series every week.

With that out the way thanks for clicking this, now let’s get into episode 3 of Hawkeye.

Ok, so the entry opens in 2007 and much like how we got a flashback of Kate’s past, here we learn around Echo’s. We discover not only her incredible mimic abilities but also her father’s connection to the tracksuit mafia. In the comics, he was a character called Crazy Horse who worked as an assassin but here he’s very much a New York gangster who is high up in the organisation. Whereas in the comics her father was killed when she was very young, in the MCU he lived for much longer and even survived the snap.

However, it was during this time that he ran into the Ronin who killed him along with a number of gang members.

As we learn in Episode 3 there is very much someone overseeing the actions of the Mafia and though we don’t discover who this is, he’s introduced as Echo’s uncle very early on.

Balance bringer not only sounds like Thanos’ best mate but they also said that the Uncle could be Kates father.

Now before you roll your eyes I think it’s actually a big possibility.

In the comics, Kate’s mother apparently died when she was very young and she was raised by her dad. However, it was revealed years later that she was in fact alive and in league with Madam Masque and Kingpin.

They’ve clearly changed things up in the show so that it’s Kates mother Elanor who lived whereas it was her dad that apparently died.

However, we never saw a body and he may pop up down the line much like how she did in the comics.

Now other things to add to this is that we know Kates father was well off. In their argument, Elanor brought up that he was so used to having things easy that he assumed a solution to their debt was gonna just fall out of the sky. Whilst that was the case he clearly comes from a powerful background and if he’s so used to having things his way it might be because his family have ruled over things.

They also get to keep the penthouse in the end and though this might be because of insurance reasons it’s clear that the Bishops have some pull. Being the owners of a security business would also allow them to have a lot of access to the city so Kates dad being the uncle could be a possibility. I actually think that would be a much bigger twist than it being some of the other suspects but there are some things that don’t make it seem likely either.

Kates father clearly loved her and I don’t think that he would abandon his daughter and fake his own death just to keep ahold of a house that he could probably sell.

Plus I’m not too sure how happy he would be about Elanor hooking up with Jack and I think the reveal in the show will probably be that Elanor killed him during the battle of New York and then she kept the penthouse because of this. 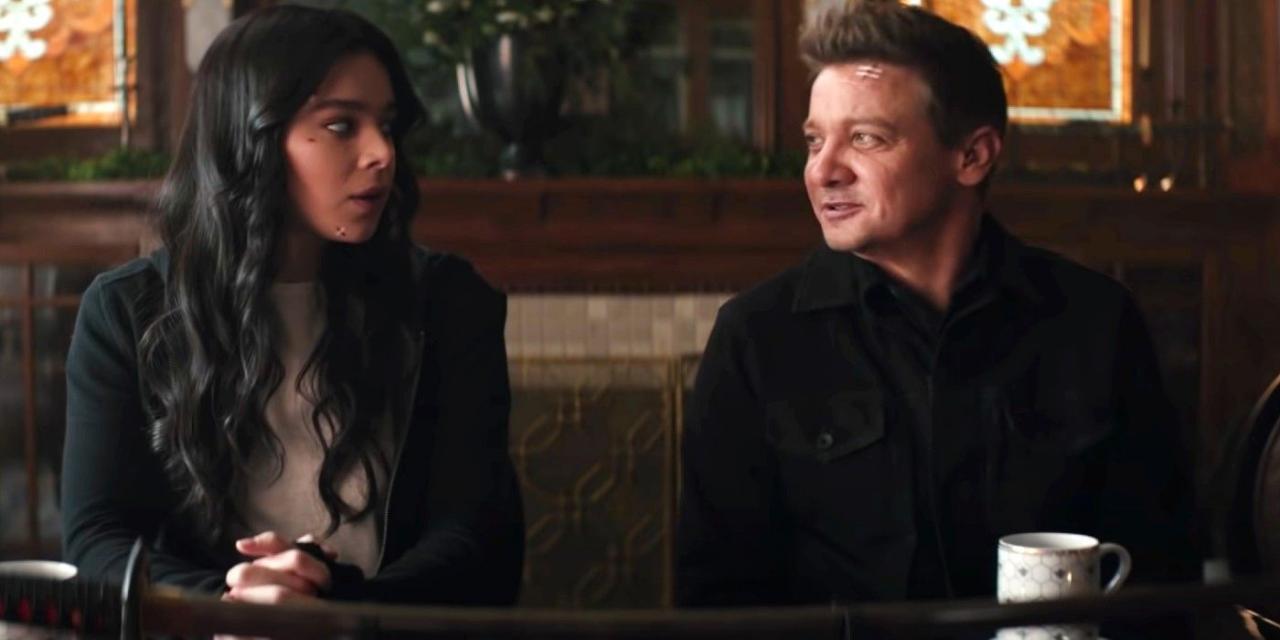 The Return of Wilson Fisk?

Now the most obvious candidate is Kingpin. Ever since the Netflix shows were cancelled 3 years ago there’s been a lot of hoping and praying that he’ll come back. According to behind the scenes reports, Kevin Feige actually had no plans to bring the Netflix characters across but after #savedaredevil trended he changed his mind.

Vincent D’ofrio hasn’t confirmed he’s coming back either but he has been talking about the show on Twitter and talking about how fun it looks. This is something you didn’t do for What If Vincent and I’m gonna need to know why.

Also, show me your thumbs Punk. I said show em.

Now the Kingpin is the most likely character for me to arrive and if we look at the comics it’s also the most in line with them.

In the comics Kingpin killed Echos father and in his dying breath he asked Fisk to take care of his daughter. This is a promise he fulfilled and he enrolled Maya into all the best schools and raised her like she was his own.

Fisk of course kept it from her that he killed her father and he ended up using her as one of his assassins. Kingpin sent Echo after Matt Murdock and she posed as a love interest before revealing the true plan. However, she discovered that it was Kingpin who was responsible for her father’s death and then she became a good guy. We know Echo has a Disney Plus show coming down the line and I think it would be great to see her discovering Kingpin tipped off the Ronin or something and this could lead to her hunting down Fisk.

Now another hint towards it being Kingpin is that in the comics both the Tracksuit Mafia and Kazi worked for him. The building we saw in the first episode is also where Fisk resided in the Netflix series. To top this off the character also had a black suit like what we see and though I haven’t been able to verify this yet, Youtube user ADDAM said in my last video that they were from Germany and that Marvel had used the same voice actor for Kingpin as they had with the Netflix shows.

I think Wilson Fisk is the most likely candidate when we look at everything and though Maya regarded him as a father figure in the comics, and Uncle somewhat is that too.

He clearly had a close relationship with her and though her real dad lived a lot longer than he did in the source material, because they were friends Maya probably spent a lot of time with him. When we cut to her as an adult she’s also visiting Fat Man auto repair which was a nickname that Kingpin had in the comics.

Now there’s been a lot of videos on the characters cufflinks especially as Kingpin used to take great pride in his. I have looked at these a lot and they don’t really line up with the ones that he typically wore but I know lots of people are going down the rabbit hole on that. However, I actually started rewatching the Daredevil Netflix show last night and one thing that they make a big point of in that is that no one says Fisk’s name. The character achieves complete anonymity because people refuse to say who he is and Uncle could be used in a similar manner.

Plus there’s that laugh.

So looking at it from a top-level view, we have the actor behind Kingping saying the show looks fun, landmarks from the Netflix series popping up, ties to the comic characters and their origin stories, the potential reuse of voice actors and just the general feeling behind the series.

I think getting Kingpin back would be massive and if the rumours about Matt Murdock being in No Way Home are true then potentially on the fifteenth we could see Kingpin in Hawkeye in the morning and then Matty in the evening in Spider-man.

What’s that mate, No Way Home doesn’t release until the 16th and 17th for you, hahaha should’ve moved to the UK you sucker. You’re such a sucker.

Anyway really hope that it’s him and if they Ralph Bohner us again then I’m gonna become the Joker. 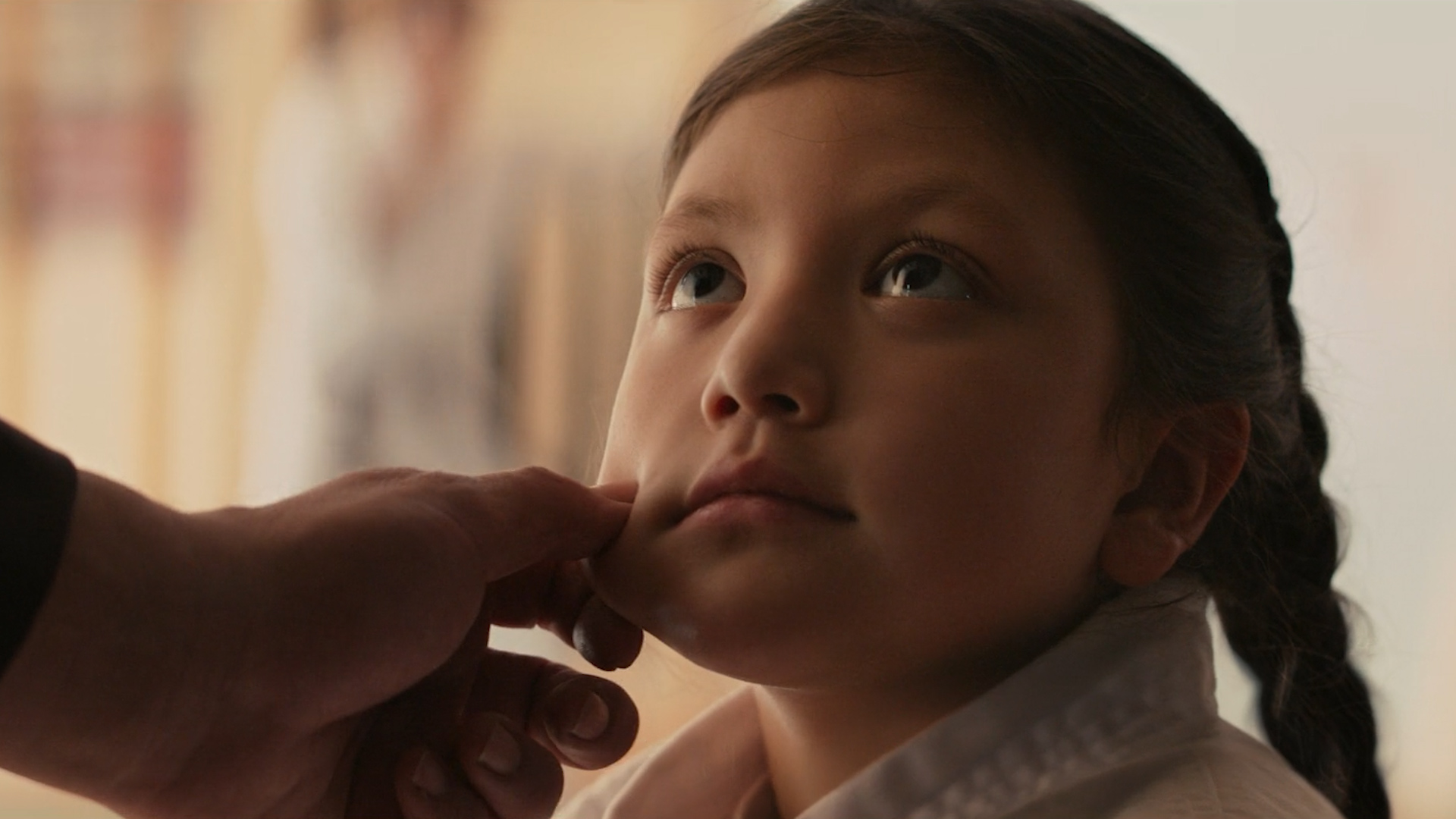 The Swordsman, Friend or Foe?

Now there’s also the possibility that it could be Jack which I’ve seen pop up a couple of times. There’s definitely a chance but I still am holding out hope that Jack will be a good guy. Add to this Clint hinted that he knew who was running the show and that they were above Echo. If he was well aware of the Kingpin then he would also be aware of Jack and as they go to Kates without that ever coming up then it seems unlikely.

Plus the next episode would be a bit weird to have him in the Penthouse and then he be like ‘ah you’re the guy running it all, you summoffabich’

Now the final theory is quite a wild one and according to leaks on the series, it will in fact be revealed that it’s in fact Uncle Kevin Spoilers, who is your uncle, yes yours, behind it all.

Dumb punk you should’ve known it was uncle Kevin Spoilers but now look at you punk.

Anyway, those are the most interesting theories so far and now I turn the question over to you.

Who do you think Echos uncle is?

Comment below and let me know and just to let you know we’re running a competition right now and giving away 3 copies of the Spider-man 4k trilogies on the 30th of December. All you have to do to be in with a chance of winning is like the video, make sure you subscribe with notifications on and drop a comment below with your thoughts on the episode. We pick the comments at random at the end of the month and the winners of the last one are on screen right now so message me @heavySpoilers if that’s you.