Skip to content
FANTASTIC BEASTS The Secrets of Dumbledore Endi...

Welcome to the Heavy Spoilers show I’m your host Paul aka the guy whose videos you’d have to be Mad…s Mikkelson to skip and this episode we’re breaking down Fantastic Beasts The Secrets Of Dumbledore.

It’s difficult to discuss this movie without at least acknowledging the recasting of Johnny Depp, all the recent stuff with Ezra Miller and of course JK Rowling the three of which have been trending on Twitter almost every day for the past couple of months.

I have my own opinions on all of the situations but I’m just gonna keep them out of this and focus on the film itself otherwise we’ll be here all day discussing the ins and outs of what’s been going on behind the scenes.

Now the film very much revolves around a creature called a Qilin that’s able to look into someone’s soul and see whether they’re naughty or nice. Think of the sorting hat but without the slick voice of Leslie Philips.

This is a highly sought after creature because it somewhat has the ability of precognition and it’s able to look into someone’s soul and see their darkest desires. God Ammit you’ve seen this somewhere before and because of its gifts, it’s used to decide who will become the Supreme Head Of The International Confederation Of Wizards. Attaining this would make one the king of the world and Grindelwald seeks after these beasts so that he can obtain their abilities.

Now that’s the basic plot of the film and early on in the film, we pick up with Newt who’s attempting to track one down. He comes across one in the process of giving birth which is when Credence Bareback…sorry Barebone arrives with Grindelwald’s acolytes. They’ve been chilling like a villain and end up killing the creature and Credence takes the newborn to Grindelwald who kills it and puts a spell on its corpse.

However, it turns out that the Qilin gave birth to twins and Newt takes the other.

I know Ezra Miller is non-binary and goes by they and them but for the character Credence, I’ll be using he and him just as he’s described as being a male.

Now caught in the middle of this is Queenie who I totally forgot defected until this week when I rewatched the first two films. Was always a bit of a weird character turn for me that kinda came out of the blue especially as she’d heard nothing other than how bad Grindelwald was for two movies. She can read people’s thoughts and would know that Grindelwald was a bad guy but his speech about allowing Magic people to live without restrictions could have added to her motivation. She of course wanted to be with Jacob which would be frowned upon because he’s a muggle and he kinda brings her back from the brink.

Through her, we see all the bad that Grindelwald does and the opposite side of this has Dumbledore calling on Newt, his brother and some others to stop him because he’s unable to. From the first scene, the movie makes it crystal clear that they were in love and due to the pact that they made they can’t harm each other. Thus they have to very much use the characters as pawns and everyone in the movie is pulled into their rivalry, which asks whether Dumbledore cares about people or if he just sees them as means to an end.

Now come the end of the movie they are able to fight because the blood oath breaks. How this happens isn’t spelt out exactly but it’s likely because Dumbledore goes to protect Credence whereas Grindelwald tries to kill him. Potentially when both carry out this action, it negates the other which then breaks the oath…or it could just be lazy writing.

Now Grindelwald is a seer which basically means that he can look into the future and thus the plans that Dumbeldore’s forces make have to be confusing. The plot kinda jumps all over the place a bit and it’s steeped in politics even though they have the stupidest way to decide on a leader ever.

Bowing to public pressure, German Minister For Magic Anton Vogel ends up allowing Grindelwald to run and the villain ends up taking the possessed body of the Qilin to the Election. Typically these beasts bow before someone in order to show that they are worthy and are under his control, it makes it look like he’s who should be put in charge of everything.

However, the homie Newt and his team sneak the second Qilin in and using several suitcases that all look the same they not only confuse Grindelwald but manage to get their guy close to the election.

Credence points out that the one that’s team Grindelwald is dead and the living one drops in front of Dumbledore. However, he doesn’t want to lead and it’s often said that the best leader you can have is the one who doesn’t want to do it.

Thus the leadership position falls to Santos and Grindelwald takes things out on Credence for causing his mission to fail. Now Credence is a Dumbledore and we learn that he’s actually the son of Ableforth. He feels extremely guilty over what happened with Credence and he communicates to him through mirrors at several points in the movie. Sadly the character is dying and we learn that because he’s an obscurial that he’s living on borrowed time. 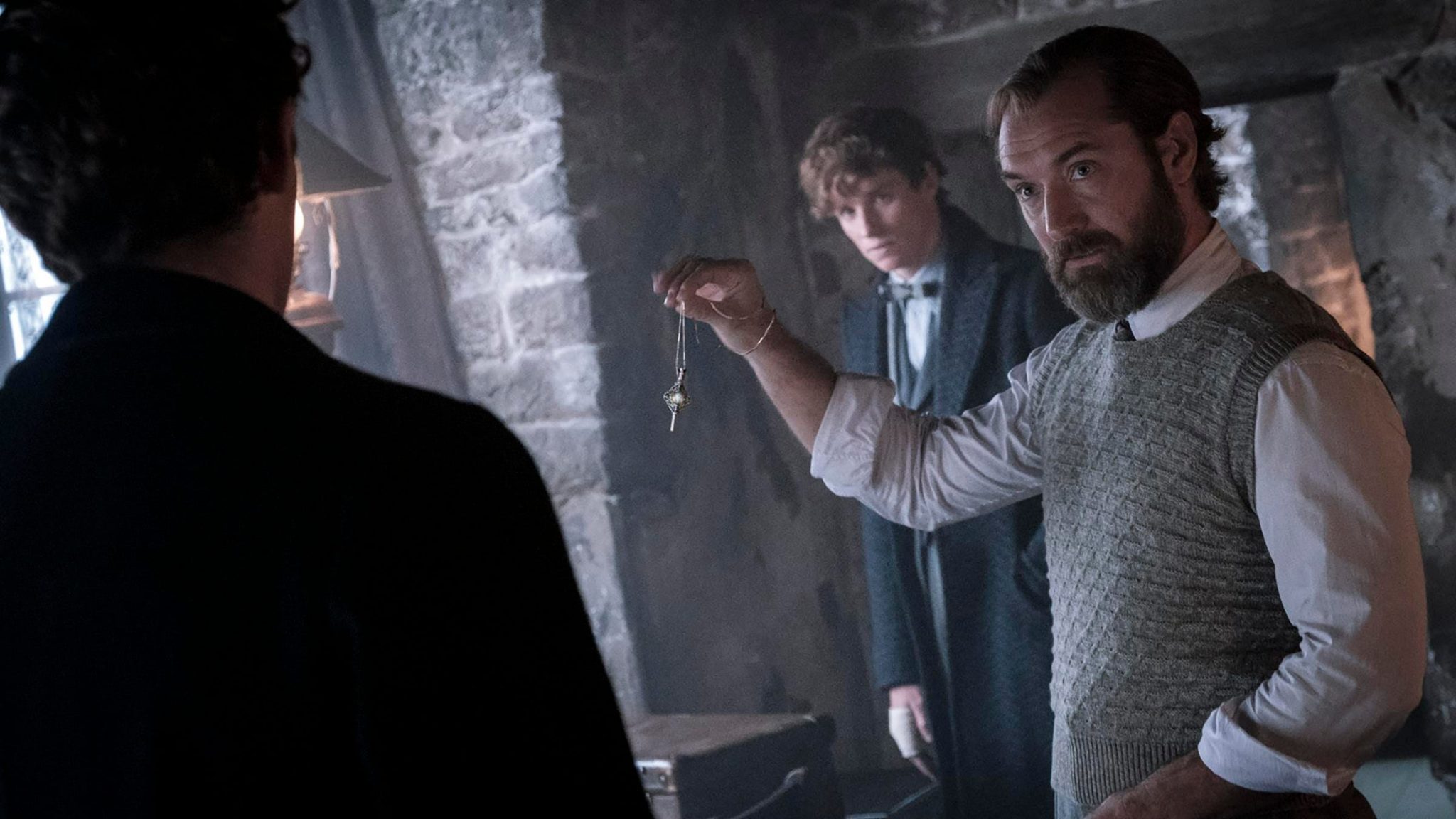 An obscurus is a parasite that attaches itself to a young wizard or witch that has been told they can’t use their magic in an abusive manner. Harry Potter never got one for…reasons and most kids that are affected by this end up dying quite young which explains why Grindelwald and co want to free their people from the secrecy they have to live in.

Now we discover that this parasite is actually killing Credence and we end the movie with him being reunited with his father. The pair go off together to spend what little time they have left with each other and knowing what we know about the Harry Potter movies, Credence….or rather Aurelias doesn’t live long enough to meet Harry.

Due to the controversy around Ezra, they might even kill the character off-screen and who knows what’s gonna happen really. The series was supposed to be 5 films long but they do kinda wrap most of the arcs up here so should they wanna end it after this one they can.

Now I kinda jumped ahead a bit there and we should really be focusing on Grindewald and Dumbledore. Though the blood oath between the pair is broken in the end they decide to lower their wands because deep down they still love each other. After hearing their heartbeats both walk away from the fight with Grindelwald making off.

However, Dumbledore is told to not stop hunting Grindelwald, though he does seem torn between his duty and his heart.

Now we know from the expanded lore that both Grindelwald and Dumbledore have a legendary showdown in 1945 aka the end of the second world war. This film is actually set in 1932 and therefore we’re gonna have to have some major time differences between the next two movies if that’s to happen as the final showdown.

We of course could set the next film in 1939, aka the beginning of the second world war and then have the final one culminate at its closing. JK Rowling has hinted at both the war and Grindelwald’s one are very much linked with one another and that they’re meant to be parallels.

The creative team behind the film have said that they’d love to go to Japan and with them being key figures in the war we might end up heading there so more politics can be at play. I really wonder if they’re setting up to finish in Germany so that just as the Nazis fall, Grindelwald will too.

It’s likely gonna all culminate in 1945 with not only the end of the war but also the battle between Dumbledore and Grindelwald. 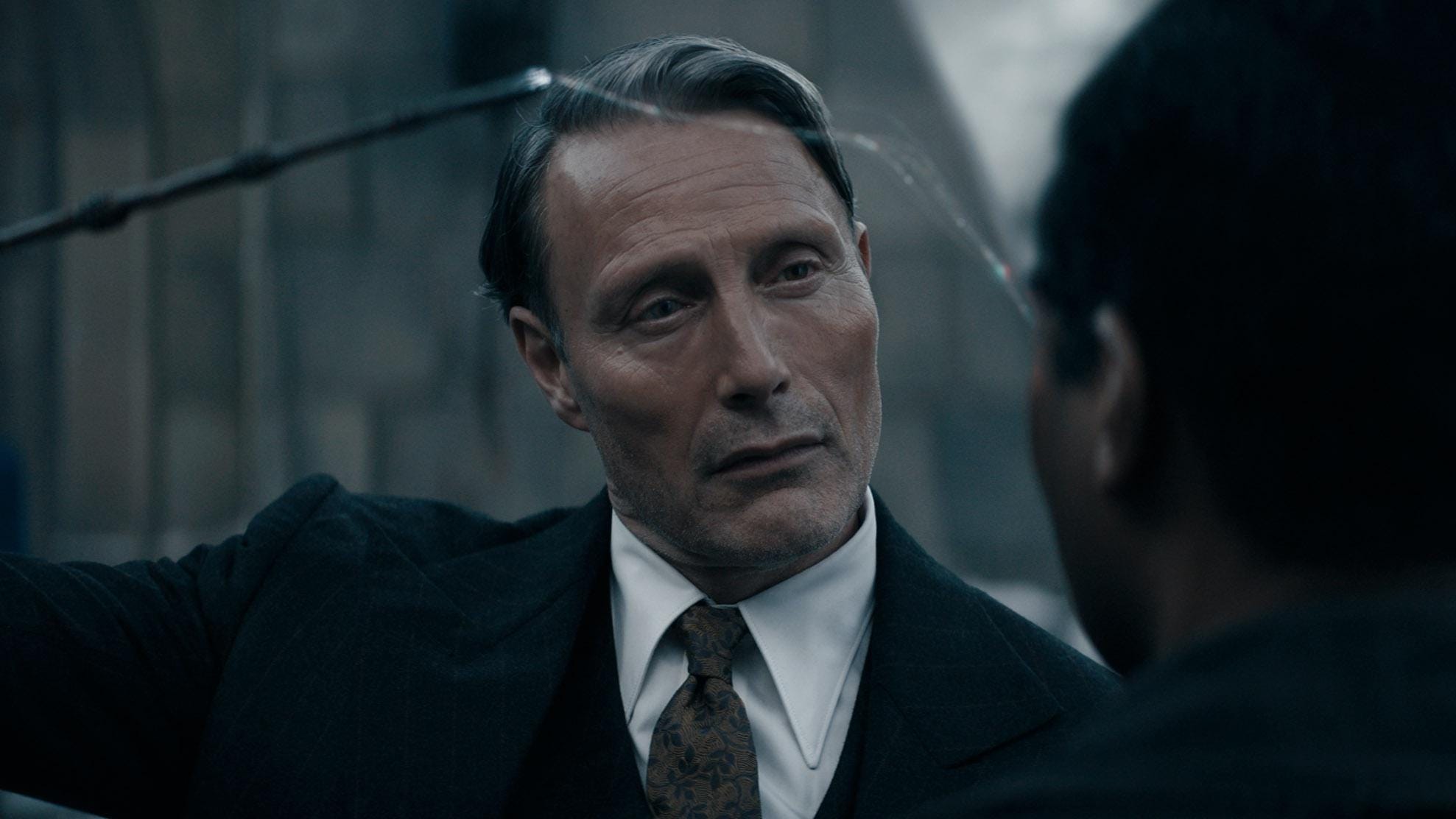 Now another thing I think we need to talk about is Tina who was a series mainstay. However, she’s had a massively reduced role and she only shows up briefly at the end of the film. Though I promised to keep the drama out of the video, I feel like she has to be touched upon because her statements outside of the movie may have affected her character’s appearance.

Now back in 2020, Waterston shared an article in 2020 about how trans women posed no threat. She stated that because she was associated with Fantastic Beasts that she felt she had to clearly state her position which was clearly throwing shots.

JK Rowling is a screenwriter for the film and though we’ll probably never get it confirmed there are theories that she reduced Katherine’s role due to the statement.

Early on in the movie, we learn that she’s the head of the Auror Office at Macusa and though this would be the perfect mission for her to show up to, she’s completely absent.

In the end, Jacob gets to keep a wand as a memento, he marries Queenie and Newt finally comes across Tina outside.

They have a bit of flirty back and forth before they take Tina inside so Newt can continue to practice his best man speech.

Here he spots Dumbledore sitting on a bench who then thanks him for helping to stop Grindelwald. Newt says he’d do it again if asked which likely sets up what’s gonna happen down the line. Dumbledore ends up looking on this new union of love, think about the bittersweet side of his one with Grindelwald.

That ends the film and in some ways culminates the journey though we know there will likely be more.

Now as for my thoughts on the film, I’m kind of at a loss with this franchise. Harry Potter really set the bar that this trilogy has struggled to live up to and even without the issues outside of the movie, I think it just falls flat for a number of reasons. Mads just isn’t as intimidating as Johnny Depp is and though he’s a great actor, he kinda just always plays Mads Mikkelson which leaves a lot of it feeling a bit one-note. The election storyline doesn’t really hold up to scrutiny and there’s absolutely no way that a democratic process would rely on a magical horse to decide who gets to rule over everything.

On top of this, it’s now been announced that the lines that hint at a gay relationship between Dumbledore and Grindelwald will be cut in China.

If representation is so easy to remove then it feels like they’re just pandering and I think that Warner Brothers are just cowards for cutting something that they make so integral to the plot in the versions that they give to the West. It’s clear they don’t really care about this stuff and are only just doing it for the money.

All-round I just dunno what they can do with this series and with this being something that could be perceived as a closing chapter I kinda think they should maybe just end stuff there, move over to Cursed Child and then just fill in what happened to end this series in a flashback.

I feel really disappointed after watching it and it scores a…