Skip to content
Doctor Strange: In The Multiverse Of Madness So...

With Doctor Strange about to take us into the Multiverse Of Madness, it’s time to break down everything we know so far about the upcoming movie.

Throughout this, I’ll be discussing the film’s release date, it’s tie into the Disney Plus shows, the meaning behind its title, what kinda hair gel Benedict Cumberbatch uses and what the plot leaks about the movie say will happen in it. Basically EVERYTHING!

There will be heavy spoilers here, so if you don’t want anything from the film potentially ruined for you then I highly suggest that you turn off now. I’ll give you another warning when we get into the leaks at the end of the video but if you don’t want to know anything at all then nows the time to turn off.

With that out the way, I just wanna give a huge thank you for clicking the video now let’s get into my breakdown of Doctor Strange In The Multiverse Of Madness!

Doctor Strange In The Multiverse Of Madness Release Date

Ok so firstly the upcoming MCU movie was announced at San Diego Comic-Con 2019 at the Marvel Phase 4 Panel in Hall H.

We got the likes of Black Widow, The Eternals, Shang-Chi and more confirmed but the most interesting film for me out of the bunch was Doctor Strange In The Multiverse Of Madness.

Kevin Feige who hosted the panel stated that the film would be directed once more will be directed by  Scott Derrickson, who was at the helm of the first movie and that it would be released on May 7, 2021. Though it seems so far away, due to all the other announcements at the panel, we still have a lot to tide us over including some Disney Plus shows that will tie into the movie which I’ll get into later.

As for the plot, the movie is currently being labeled as Marvel’s first-ever horror film. Though we don’t know what will happen in the Disney Plus shows prior to it, at the aforementioned Panel, it was stated that this will be the first movie in the MCU that will directly tackle the multiverse.

Whilst the multiverse was a huge plot device in Spider-man: Far From Home, with Mysterio claiming to be from another Earth, this was revealed to be a lie which had some fans thinking that it was just a cool little easter egg. However, at the Phase 4 panel Kevin Feige himself said that this doesn’t mean that it does not exist so we do know that this film will deal with alternate versions of characters and scenarios that played out differently to the already established canon. 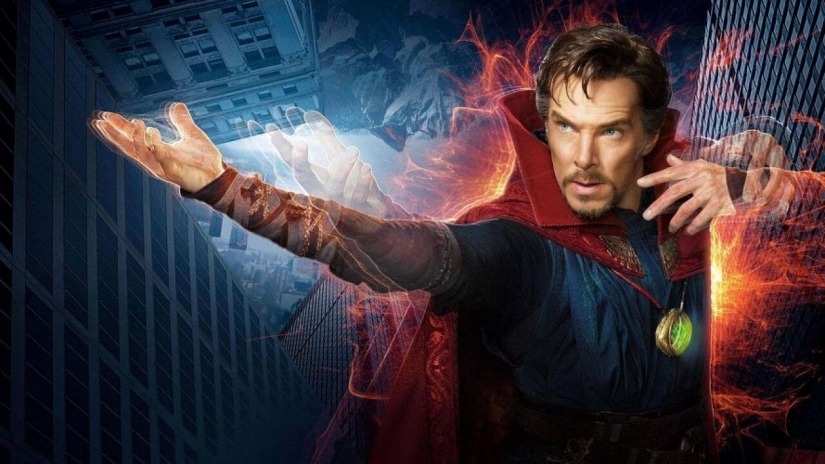 The title in The Multiverse Of Madness

The title itself actually a reference to the infamous H.P. Lovecraft novel titled At The Mountains Of Madness. Throughout his long and rich history, Strange has tackled many of the creatures that Lovecraft created due to his work now being out of copyright and it appears that this film will take a similar form.

It’s definitely an awesome nod and those who are fans of Lovecraft’s work will know that there’s a lot to choose from, however, it may center mainly around the book in which the film draws its title from.

At The Mountains Of Madness follows an expedition group that discovers uncharted areas of Antarctica and unwittingly unearth a long-forgotten civilization and an alien race that exists there. The book went on to inspire classic horrors like The Thing and there is a wealth of potential to pull from here if Marvel decides to use elements of it.

Now what this could mean for the characters is that the MCU heroes end up venturing into unknown areas of the multiverse and through this they unearth a dark creature that wants to ravage the universe. I’ll get into how this ties into the plot leak later but recently Kevin Fiege also discussed how the Disney Plus shows were required watching if you want to go into the film knowing all the ins and outs.

When asked if both Loki and WandaVision would tie into the film he said:

“I’m not sure we’ve actually acknowledged that before, but they do”

So, this confirmation makes it seem like we are all gonna need Disney + subscriptions to understand what exactly is going on. I’m kinda in two minds about this as I do think that it’s smart by Disney to make people subscribe to their new platform if they want to watch the MCU going forward, however I also feel like it alienates certain fans who may not be able to afford it or aren’t fully up to speed with how subscription services work.

From this part onwards, I’m gonna be discussing the plot leaks that we have for both WandaVision and Loki and whilst these won’t be fully confirmed until we see the shows for ourselves, there may be some big spoilers here so now is your chance to back out.

Are you still here? Ok good.

So according to plot leaks that have apparently come from people that are working on the show, WandaVision will take place after the events of Endgame and centre around a depressed Wanda Maximoff. After losing the love of her life and her brother she tries to adapt to the new world but finds it so difficult. A mysterious woman named Agatha will offer a helping hand to Wanda by showing her how to create a pocket dimension, similar to the mirror world where she can live out her happily ever after alongside Vision and her two newborn babies, named Wiccan and Speed.

This draws heavily on the Vision Graphic novel by Tom King and will take many of its plot devices and style.

Agatha will then appear in the pocket dimension to kill Wanda when the children grow older, which they do after merely a week has passed.

In this dimension, there are also said to be several major cameos with Ultron and Quicksilver both making an appearance. The leaks say that Benedict Cumberbatch will show up for the final episode after the dimension grows out of control and splits into its own multiverse and this will segway into the movie. 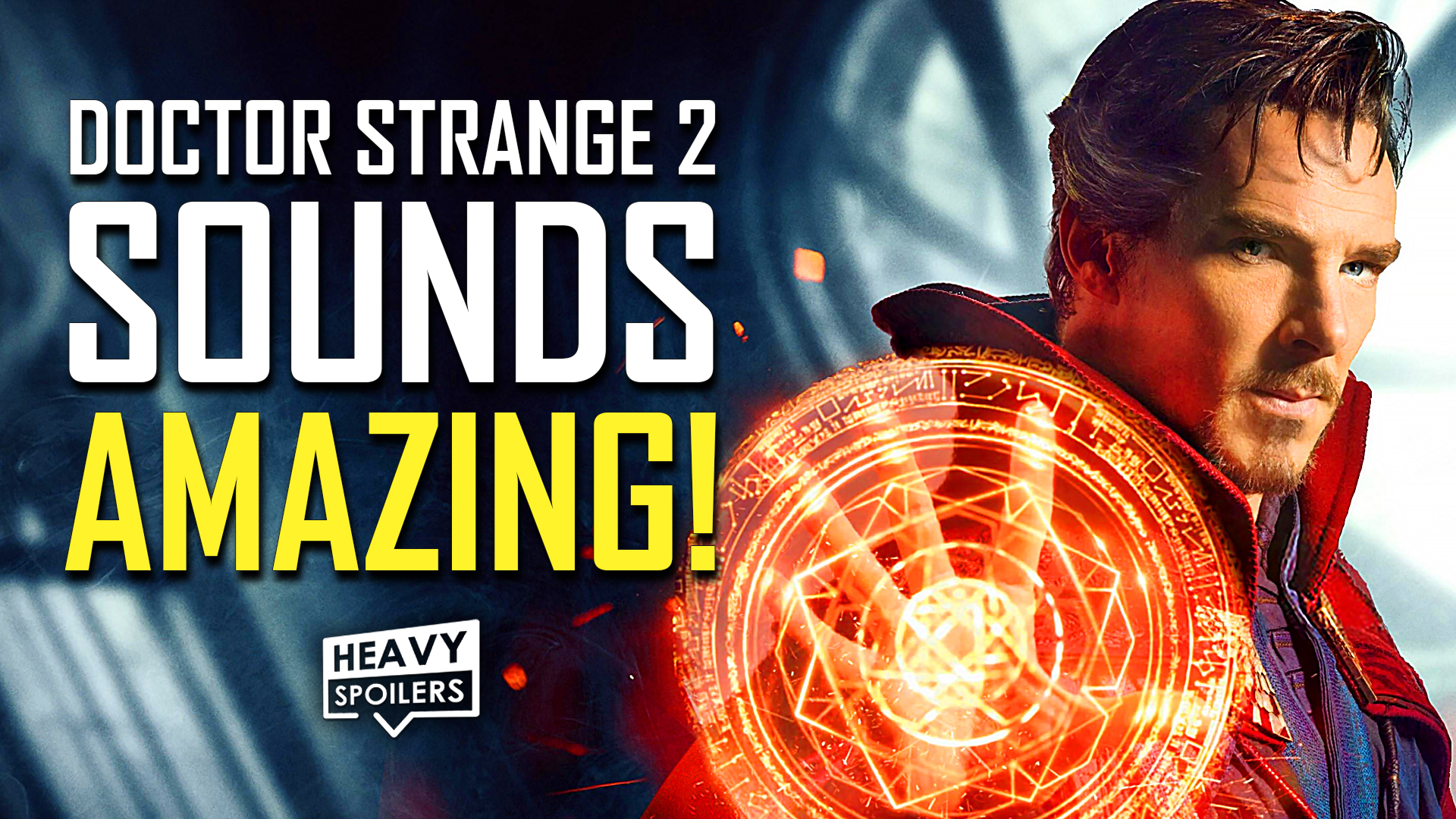 As for Loki, this will apparently be a time travel journey in which the character goes through history rewriting all of his defeats after he managed to escape custody in Avengers: Endgame. Similar to WandaVision this leads to a vastly different timeline being created to the one that we know and love and though there is no mention of Doctor Strange in any of the leaks that I’ve been able to find, he may pop up similar to how he does in WandaVision to try and right the wrongs that the trickster has created.

Though we haven’t had any confirmation of the plot or villain there are rumors that the evil entity Nightmare is set to be the big bad of the film with casting directors currently deciding between Christian Bale and Matt Smith. Nightmare is the ruler of The Dream Dimension which is an area that humans are brought during their sleep to be tormented and tortured.

Scarlet Witch creates the “Multiverse of Madness” after falling under the influence of Nightmare who reminds her of how good her pocket dimension was after Doctor Strange shut it down. Strange must rescue her to prevent the collapse of reality.

The film is also set to pick up on the post-credits scene of Doctor Strange in which Mordo had started his mission of destroying sorcerors.

The fact that there are fewer wizards in the world has been pointed out in Infinity War when Strange wasn’t really joined by any others when fighting the forces of Thanos and later in Endgame when Wong arrived with his forces and Strange asked ‘is this all that you could get?’

This kinda cements that Mordo has been successful in his mission of murdering so many and whilst Wong, who took over the position of Sorcerer Supreme in Stranges Absence, probably thought that this absence was due to the snap, the fact that they are not there at the end confirms this.

Though he is taking a dark Path, he also sees just how close to collapse the universe is and Strange manages to convince him to come and help save reality.

Strange assembles a team of sorcerers including Wong, the previously mentioned Mordo, Clea and Drumm. Strange and Mordo clash on whether Wanda can be saved or must be executed and this adds drama to the proceedings. Strange and Clea develop a bond. Wong and Drumm have an unlikely friendship.

Loki Cameo And Mutants In The MCU

Now whether Loki will be present in here or not we do not know but the fact that his show is crucial to the events of the film, I wouldn’t be surprised if there was a cameo of some sort in here with the character.

The film apparently ends with the group rescuing Scarlett Witch but this comes at a big cost with her wishing Mutants into existence which allows the X-men to enter the MCU. This is the opposite to the comic book House Of M in which the character wished the vast majority of Mutants away with a reality-bending sentence and this time it’s flipped around to create them rather than destroy them.

Now we are definitely getting to the point where the MCU needs to start thinking about how they are going to bring mutants into their universe and this kinda makes sense on some levels. I’m not 100% sold on this final leak as I don’t know exactly how it works but with the inclusion of Deadpool right around the corner it does seem like the Marvel Universe needs to retain some aspects of the Fox Franchise.

Whatever happens though I am really excited for In The Multiverse Of Madness. It has the potential to be amazing and we’ve already seen in films like Far From Home with the Mysterio Illusions scenes that Marvel definitely has the skill and technology to produce a mind-bending horror movie that alters the very perception of reality that the characters have.

The film does sound incredible from the tidbits that we know so far and it’s great to see that the MCU is slowly drifting away from their formula to discover new areas in their universe that will tonally shift the balance of the films going forward.

I can’t wait to see what In The Multiverse Of Madness is like and needless to say I’m really excited for the film’s release in 2021.

Obviously, I’d love to hear your thoughts on this announcement and what you’re most excited to see in the film. Comment below and let me know!